The first vehicle that visitors see while walking from Geneva's airport to the city's auto show is not made of steel, iron or aluminum. It's made of Legos.

Lego and Bugatti have teamed up to construct a nearly life-size version of the Chiron that appears to be made entirely of the tiny plastic blocks.

Smaller Lego sets of the Chiron were on sale in Geneva for 439 Swiss francs ($439). The real thing sells for an eye-watering $3 million.

And here's a pic of the car's interior, just because it's so cool. 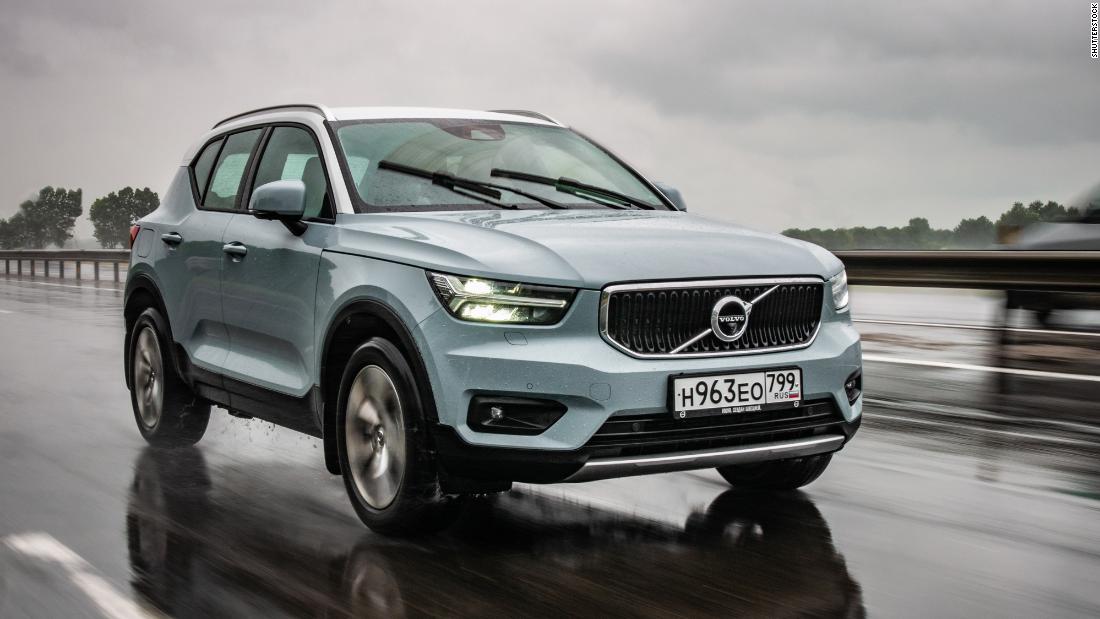 Volvo will put a speed limit on its cars as part of its effort to eliminate fatal accidents.

The automaker said Monday that it will prevent its cars from going faster than 180 kilometers per hour (112 miles per hour). It said it is also considering other technology that could put stricter speed limits on cars when they're driving near schools and hospitals.

Volvo has set a goal of zero fatalities or serious injuries in new Volvos by 2020. But its statement Monday said that no matter what safety features it builds into cars, it needs to also address driver behavior as part of its efforts.

Volvo is a leader in safety: we always have been and we always will be," said Volvo CEO Håkan Samuelsson. "While a speed limitation is not a cure-all, it's worth doing if we can even save one life."

The European Union is considering requiring what's known as "Intelligent Speed Assistance" on new cars sold there by 2022. The proposed regulation would require cars to have technology that would make them comply with speed limits.

The Smart FourEase+ is a concept car is for those who want an electric Smart car with a classic convertible top. By next year, all of its funky little city cars will be electric.

Ferrari has already shared photos of the new F8 Tributo supercar it will unveil in Geneva.

Behind the seats it has a 710-horsepower turbocharged V8 engine. Ferrari promises the “evocative soundtrack” the brand’s engines are famous for.

Ferrari boasts that it’s “one of the fastest, most thrilling, and communicative supercars ever.”