The Dow has its biggest loss since October

Is there a better time to have issues with your trading platform of choice than when the market is down more than 1%?

Downdetector is flagging issues for users of Robinhood, Charles Schwab (SCHW), Fidelity (FNF) and ETrade. Several platforms also had problems on Monday, when the market briefly, but sharply, sold off.

Less than 30 minutes into the trading day, it's looking ugly.

All three major indexes are sharply in the red and the Dow has shed more than 500 points.

It's too soon to tell if this is the correction market analysts have been warning we need, but note that those same strategists also believe periods of correction are healthy and not a reason to rethink all your investment decisions. 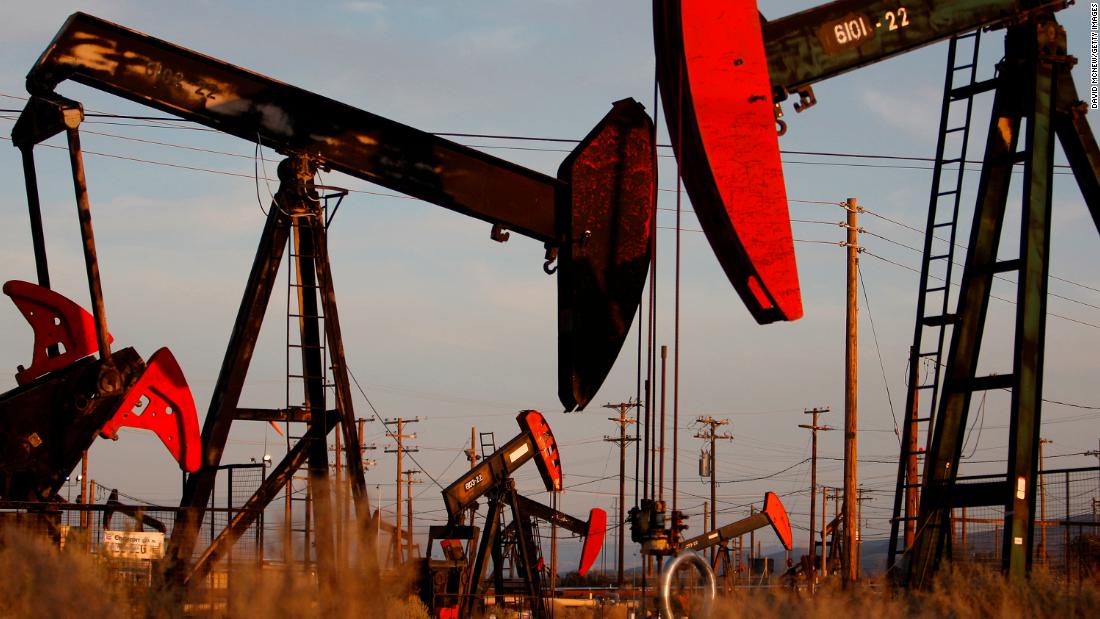 Big Oil is gearing up for a fight over President Joe Biden's imminent freeze on new oil and gas leases on federal lands.

"We will do everything we can to fight this executive order," American Petroleum Institute CEO Mike Sommers told CNN Business.

In a bid to address the climate crisis, Biden is expected to order a moratorium on new leases on federal lands and water ways. The API, the oil and gas industry's most powerful lobbying group, relaunched an ad blitz this week that warns that a ban on federal leasing will hurt state funding of public schools.

"We will pursue every action at our disposal to push back, including legal options, if appropriate," Sommers said. "We're concerned about what this leads to next. We're raising the alarm."

The resistance shows how quickly tensions have ratcheted up between Biden and the oil industry. During his first day in office, Biden moved to rejoin the Paris Agreement on climate change, revoked a permit for the construction of the controversial Keystone XL Pipeline and placed a temporary moratorium on oil and gas leasing in the Arctic.

US stocks dropped at the opening bell on Wednesday, as investors anxiously await more corporate earnings and an update from the Federal Reserve.

Apple (AAPL), Facebook (FB) and Tesla (TSLA) are all slated to report results after the close today.

Meanwhile, the Fed will release its monetary policy decision at 2pm, followed by a press conference at 2.30pm ET.

In economic data, durable goods orders for December grew at a much slower pace than expected.

The Federal Reserve is adamant that the current, low interest rate environment won't lead to a sudden, unmanageable spike in inflation. But market experts have a slightly different view.

"I think it's fair to assume we're going back into an era of inflation" Larry Fink, chairman and CEO of BlackRock (BLK) said on a digital panel at the Future Investment Initiative conference in Saudi Arabia.

We estimate that herd immunity can be achieved in many developed countries by September," Fink said with respect to the rollout of coronavirus vaccines. "That will create demand for jobs and will become somewhat more inflationary."

On top of that, there has been a global trend towards more domestic buying, which Fink called "a basic inflationary trend."

If inflation starts rising, the Fed could begin to raise interest rates.

The central bank will release its monetary policy update this afternoon at 2pm ET.

China differentiated itself through growth and opening up its capital markets, the hedge fund manager said, "and it's competitiveness in those capital markets is attracting capital flows."

This means the United States and China are competing on multiple fronts, including technology and capital markets.

On top of that comes the internationalization of the Chinese renminbi and the nation's standing as a massive trading powerhouse. So keep an eye on what's going on in China, because it will matter, Dalio said.

2020 was a bombastic year for the stock market. But can the rally continue this year?

Ray Dalio of Bridgewater Associates doesn't think 2021 will be as buoyant for stocks as last year was, he said on a digital panel at the Future Investment Initiative conference in Saudi Arabia.

BlackRock (BLK) CEO and chairman Larry Fink agrees 2021 won't be as opulent as last year, even as the long-term conditions for investors are still favorable.

"Some of the expected recovery [in the economy] is already priced in," said Dr. Thomas P. Gottstein, CEO of Credit Suisse (CS), at the event. But the low interest rate environment means that stocks will continue to be more attractive for investors than other investments, such as bonds.

Meanwhile, the pickup in deficits as governments spent big to fund stimulus programs will mean that countries such as the United States will have to sell more bonds.

"I don't believe there is enough demand for those bonds," Dalio said, so the Federal Reserve might have to step in to buy more bonds to bridge the gap.

Elsewhere, the trend to go public through SPACs -- special purpose acquisition companies, publicly traded investment vehicles that buy other businesses -- is spurring a lot of M&A activity. Coupled with a lot of capital waiting to be deployed, these conditions are "very constructive" for the M&A market, said Goldman Sachs (GS) CEO David Solomon at the event.

That's a significant bump from the 12.6 million activations WarnerMedia announced in December -- and it's double the activations at the end of the third quarter.

AT&T (which is the parent company of WarnerMedia and CNN) also said that HBO Max and HBO subscribers combined topped 41 million domestically and nearly 61 million worldwide.

The end of 2020 was a notable time for HBO Max. The service finally reached a deal with Roku, the leader in the streaming-device marketplace. Warner Bros. also announced it would release its entire 2021 slate in theaters and on HBO Max simultaneously.

That new strategy started in December with "Wonder Woman 1984," and AT&T CEO John Stankey credited the approach for the bump in subscribers.

"The release of 'Wonder Woman 1984' helped drive our domestic HBO Max and HBO subscribers to more than 41 million, a full two years faster than our initial forecast,” he said on Wednesday. 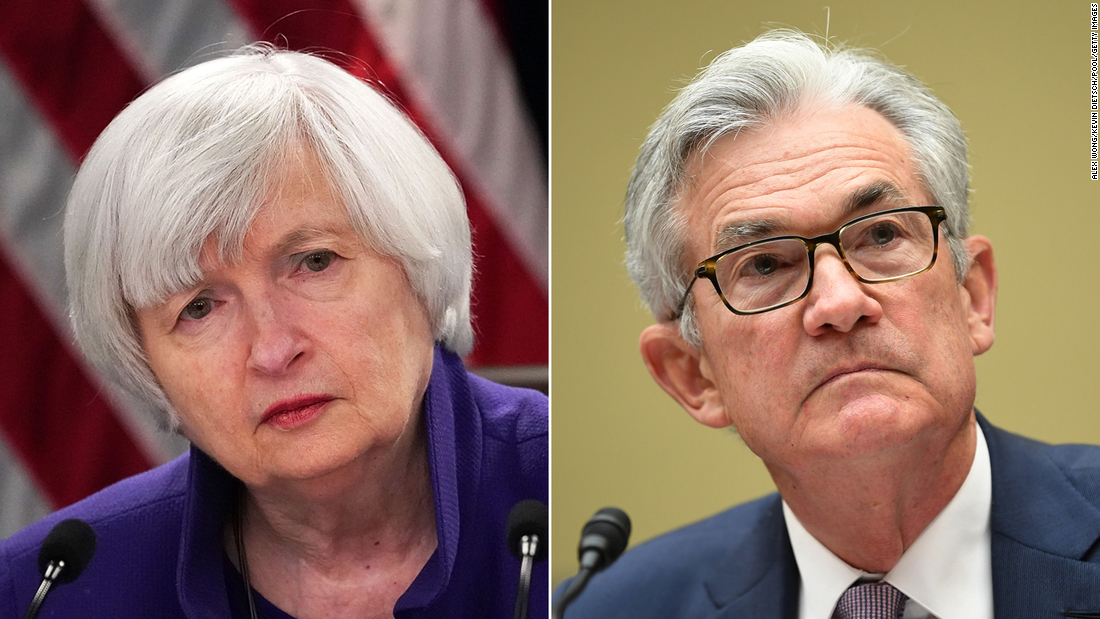 Fed Chair Jerome Powell said in a Princeton talk last week that there could be "quite exuberant spending" from consumers over the next few months thanks to stimulus checks and an improving economy following broader access to vaccines. Some prices could rise as a result.

But Powell argued this may not necessarily be inflationary for the long haul. Price increases could be -- to use a favorite Fed buzzword -- transitory.

Treasury Secretary Janet Yellen similarly noted in her Senate confirmation hearing last week that she believes the Fed and the Biden administration should take advantage of interest rates being near zero and thus spend more on stimulus.

In other words, now is not the time to fret over inflation.

Still, some worry that Powell and Yellen are being too dismissive. The economy may not be able to remain in a scenario where inflation pressure simmers without boiling over.

The 10-year Treasury yield is now back above 1% -- its highest level since March. Oil prices are up 10% in the past month as well. These are signs that investors are betting on more inflation sooner rather than later.