Coinbase Global (COIN) is set to make a lot of investors rich (on paper at least) with its stock market debut Wednesday.

But one venture capitalist is really, really happy with his decision to put money in Coinbase: Garry Tan, managing partner with Initialized Capital, invested in the company back in 2012 when it was founded.

Tan met Coinbase CEO Brian Armstrong back when Armstrong was still working for Airbnb (ABNB) — another startup that has enjoyed recent success on Wall Street — and was intrigued by his idea to create Coinbase.

"Brian's very remarkable," Tan said. "It feels like he was walking the right path the whole time and that the rest of the world finally came and joined him."

It's been "surreal" for Tan to see how much the value of his firm's Coinbase investment has risen in just a few years, but he's optimistic that this is just the beginning.

"It's a very exciting day. Coinbase is going to be one of the most highly valued IPOs ever," said Kathleen Smith, principal of the Renaissance IPO ETF (IPO) on the CNN Business digital live show Markets Now.

Coinbase's initial public offering could value the business at up to $100 billion, Smith said. "This company is worth the same as Goldman Sachs, BlackRock, Charles Schwab...," she added.

That's great news for investors who want to participate in the cryptocurrency space but don't know how to access it, Smith added. Don't want to take a crypto position? Now there's a stock for that.

The economic recovery is under way and that's not lost on the Federal Reserve. But it's "highly unlikely" that rates will go up this year, Fed Chairman Jerome Powell today told legacy private equity investor David Rubenstein at and event of the Economic Club of Washington, D.C.

I would say that the economy at this point seems to be at a bit of an inflection point," Powell said.

He pointed at the at March jobs report, which showed nearly a million jobs added, as proof of the recovery gathering steam.

But of course there are still risks. "The main risk is that we will have another spike in cases,” Powell said with respect to new strains of the coronavirus.

The main risk as far as Wall Street is concerned is a change in the Fed's monetary policy. Inflation has been rising and investors worry that this could mean a sooner end to the central bank's ultra-low interest rates. But Powell has cautioned patience on the matter.

There's a tendency from the market to focus too much on the dot plot," which is the aggregate of Fed officials' expectations, Powell said.

Three major boxes would have to be checked before that could happen, according to Powell: The labor market recovery would have to be complete, inflation would have to really have reached 2% and be on track to run moderately above that level. And none of that is the case yet.

Because inflation has run below 2% for some time, we seek inflation that runs moderately above 2%," Powell added.

The Wall Street debut for Coinbase Global (COIN) Wednesday could turn out to be a seminal event for the burgeoning industry tied to cryptocurrencies and the blockchain.

"Coinbase is ushering in the third wave of the internet," said Ian Balina, CEO and founder of cryptocurrency investment research firm Token Metrics.

Balina notes that Amazon (AMZN) and Google owner Alphabet (GOOGL) in the late 1990s and early 2000s marked the first wave of online commerce and advertising; the rise of Facebook (FB), Twitter (TWTR) and Snapchat (SNAP) in the 2010s helped launch the second big digital thrust via social media.

And he says Coinbase represents the next internet revolution: decentralized finance.

To that end, eToro — an online broker that competes with Robinhood and has a big crypto-trading arm — has already announced plans to go public through a blank check merger. Balina expects Coinbase rival Kraken may look to go public too.

He added that he's not worried about Coinbase's eye-popping valuation of nearly $100 billion on its first day of trading, comparing naysayers to those who doubted the market potential for Tesla (TSLA). He thinks Coinbase is "undervalued for the long-term."

Anton Chaschin, managing partner of prime trading with cryptocurrency exchange CEX.IO, agreed that the Coinbase direct listing is a "big validation" for the industry — and that more crypto stocks will likely follow Coinbase to Wall Street.

It's just over an hour into the trading day, and Wall Street's fortunes have turned.

After a resoundingly boring and mostly flat open, all three major indexes are now trading higher. 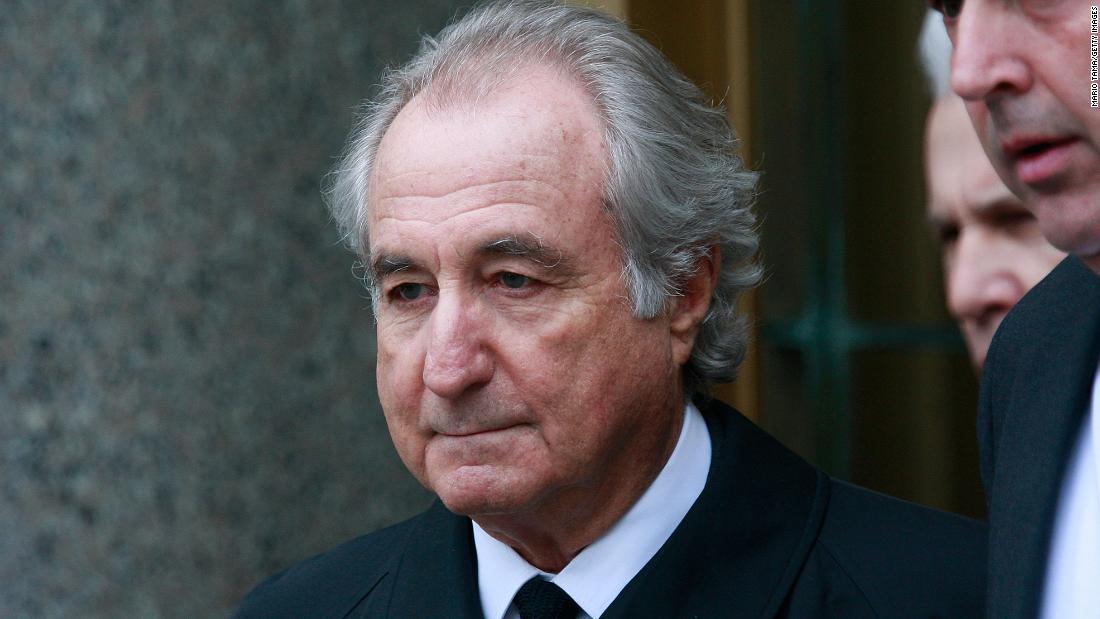 Bernard Madoff, whose name became synonymous with financial fraud, died while serving a 150-year sentence in Federal Prison. He was 82 years old.

His death Wednesday at the Federal Medical Center in the prison in Butner, North Carolina, was confirmed by the US Bureau of Prisons. A cause of death was not released.

In February 2020, he petitioned the courts for an early release from prison, stating that he had terminal kidney failure and a life expectancy of less than 18 months. But the US Attorney's office for the southern district of New York said Madoff's crime was "unprecedented in scope and magnitude" and is "sufficient reason" to deny Madoff's request.

Madoff was the mastermind behind a $20 billion Ponzi scheme -- the largest financial fraud in history.

Earnings season has arrived and Wall Street kicked off mostly flat with only the Nasdaq Composite rising at the opening bell.

Some of America’s major banks, JPMorgan (JPM), Goldman Sachs (GS) and Wells Fargo (WFC), reported earnings before the market opened. Profits rose thanks to a combination of favorable conditions in the market, the release of reserves and lower allowances for loan losses. The economic recovery was underway, the banks said in their statements, even though risks remained.

The shares of JPMorgan and Wells Fargo slipped at the open, while Goldman stock rose slightly.

Investors are also awaiting a speech by Federal Reserve Chairman Jerome Powell, who will address the Economic Club of Washington, DC, at noon. 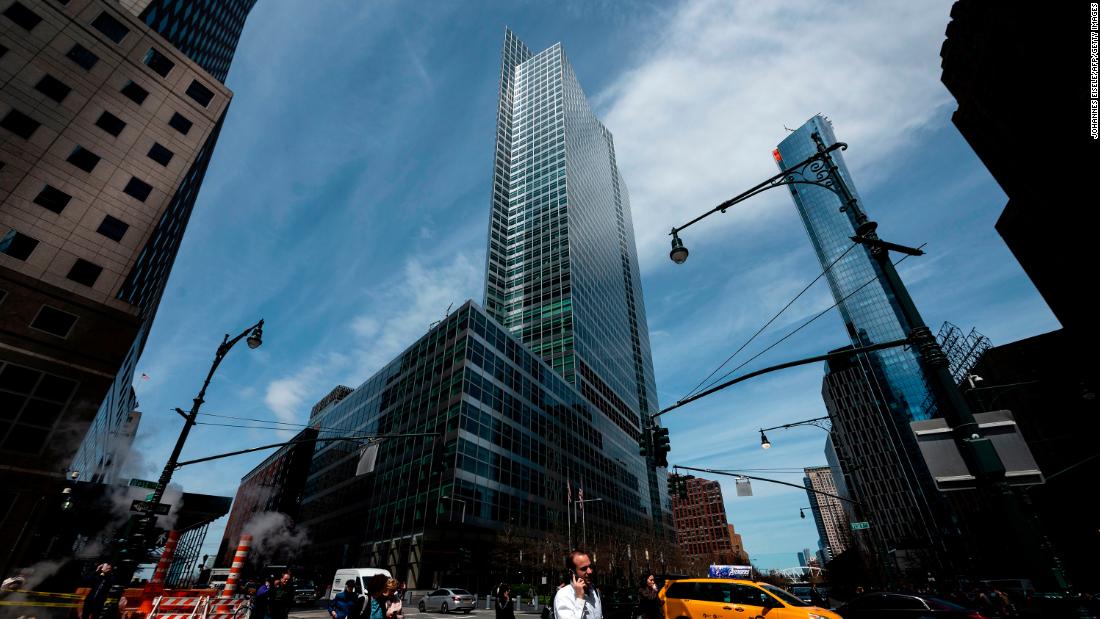 Shares of Goldman Sachs (GS) were up about 4% in early trading Wednesday after the company reported results for the first quarter that easily topped Wall Street forecasts. Goldman Sachs said revenue more than doubled compared to Q1 of last year, to $17.7 billion. The company posted a profit of $6.8 billion.

Goldman Sachs is benefiting from the boom in the stock market and resulting surge in dealmaking activity on Wall Street. The company said it posted a record quarter for revenue in its asset management business as well as for its equity underwriting unit, the division that helps companies go public through initial public offerings (IPOs) and trendy special purpose acquisition company (SPAC) transactions.

CEO David Solomon said in the earnings release that the company is helping clients “in preparation for a world beyond the pandemic and a more stable economic environment."

Goldman Sachs shares are now up nearly 30% this year, making it one of the best performers in the Dow. Rival JPMorgan Chase (JPM), which is also in the Dow, and Wells Fargo (WFC) also reported strong earnings Wednesday. But their stocks dipped on concerns about consumer loan growth. 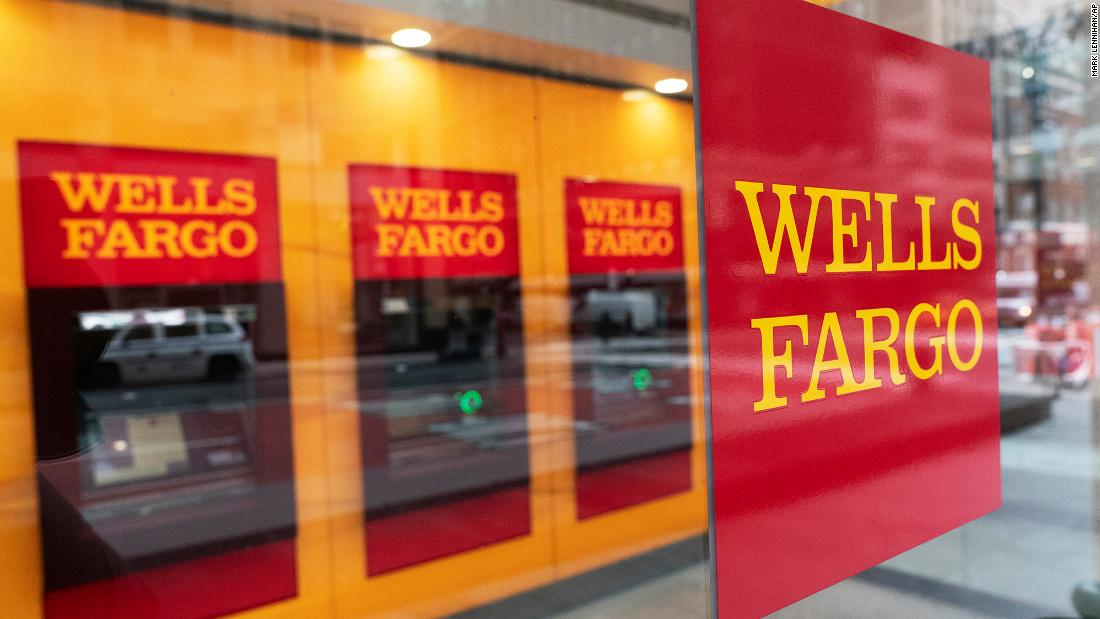 Wells Fargo’s bottom line grew sharply in the first quarter as the resurgent economy eased worries about bad loans. But the bank struggled with subdued interest rates and weak demand for new loans.

Net income surged to $4.7 billion during the first three months of 2021, skyrocketing from just $653 million a year ago. Per-share profit of $1.05 easily beat estimates.

Why the big jump? Much of the credit goes to a $1.6 billion decrease in Wells Fargo’s allowance for credit losses because of “continued improvements in the economic environment.” In other words, the bank was able to cut sharply its cushion for bad loans.

Wells Fargo (WFC) also benefited from the absence of losses linked to its fake-accounts scandal and other legal troubles. In 2020 alone, Wells Fargo reported $2.2 billion in customer “remediation" costs.

It wasn't all great news, however. Wells Fargo’s net interest income, a key driver of profitability, tumbled 22% in the first quarter on low interest rates and “soft demand” for loans. Commercial loans slumped 19%, while consumer lending was down 8%.

Wells Fargo CEO Charlie Scharf said the results reflected an “improving US economy,” but acknowledged “low interest rates and tepid loan demand continued to be a headwind for us."