This blog is now closed. Click here for May 1, 2020 stock market news. 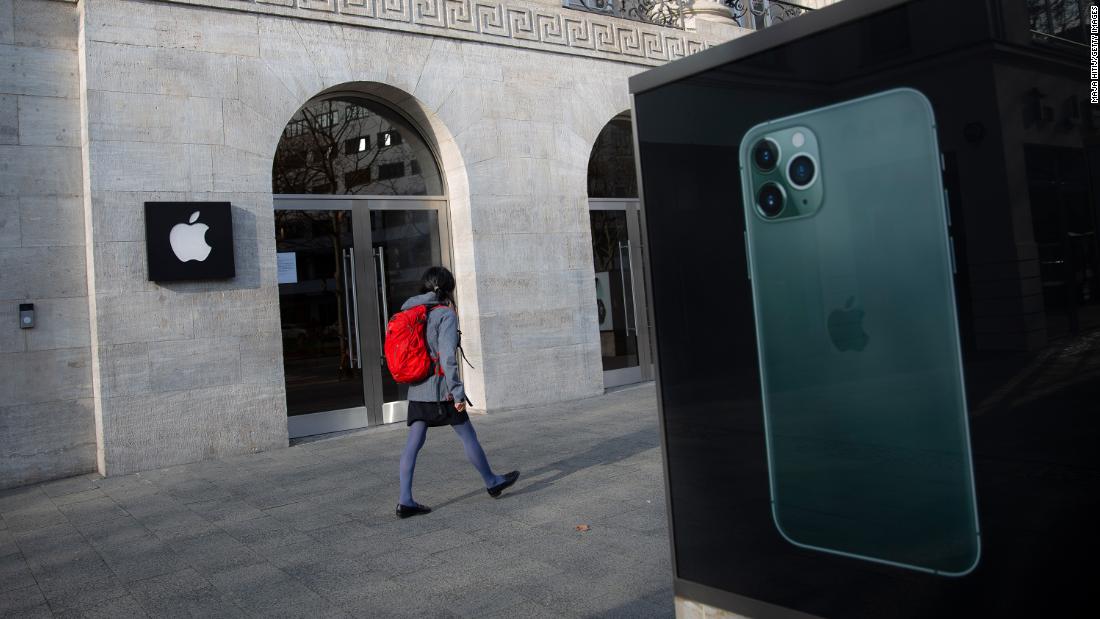 Apple said its revenue reached $58.3 billion in the quarter ended in March, a 1% increase from a year earlier. That beat analyst estimates, but fell far short of Apple's pre-coronavirus guidance of between $63 and $67 billion.

The company began facing the fallout from the coronavirus early on, as the pandemic spread through China, where the bulk of iPhone manufacturing takes place. Apple warned in February that it would miss its previous revenue guidance for the first quarter of 2020. China is also one of the company's biggest markets, accounting for roughly 15% of its overall revenue.

The results come right after it posted record earnings in the last three months of 2019, spurred by the resurgence of iPhone sales thanks to its latest flagship device, the iPhone 11.

And the pandemic hasn't stopped Apple from continuing to roll out new devices — it launched a new version of its low-cost iPhone SE earlier this month, as well as new models of the iPad and Macbook Air in March. 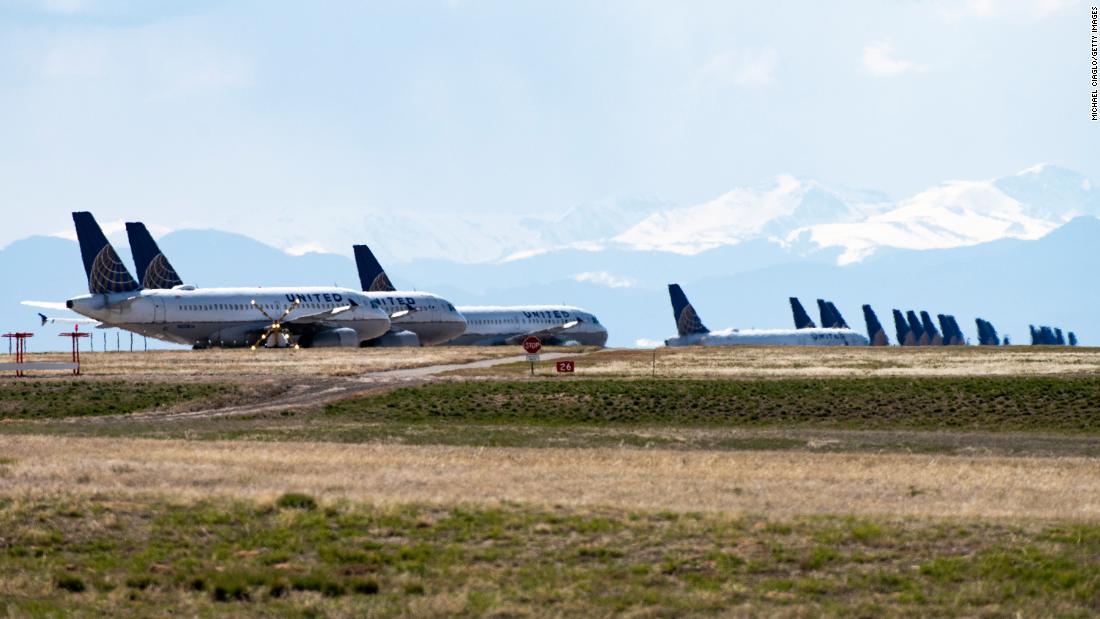 United Airlines said it expects to burn through $40 million to $45 million a day, on average, during the course of the current quarter, even though it has already grounded about 90% of its flights for the quarter.

But the airline said it has the resources to weather the current coronavirus crisis, despite saying that it has taken demand for air travel to "essentially zero." As of Wednesday, the company said it has $9.6 billion.

The guidance comes as United reported its first loss since the first quarter of 2014. Overall it reported a loss excluding special items of $639 million, worse than a loss of about $500 million on that basis forecast by analysts surveyed by Refinitiv. The net loss for the quarter came to $1.7 billion.

Shares of United were lower in after-hours trading following the report.

The company had already warned of a total pre-tax loss of $2.1 billion. Its executives will speak with investors on Friday morning.

The other three major US airlines - American, Delta and Southwest - have all reported first quarter results that included their first losses in years. 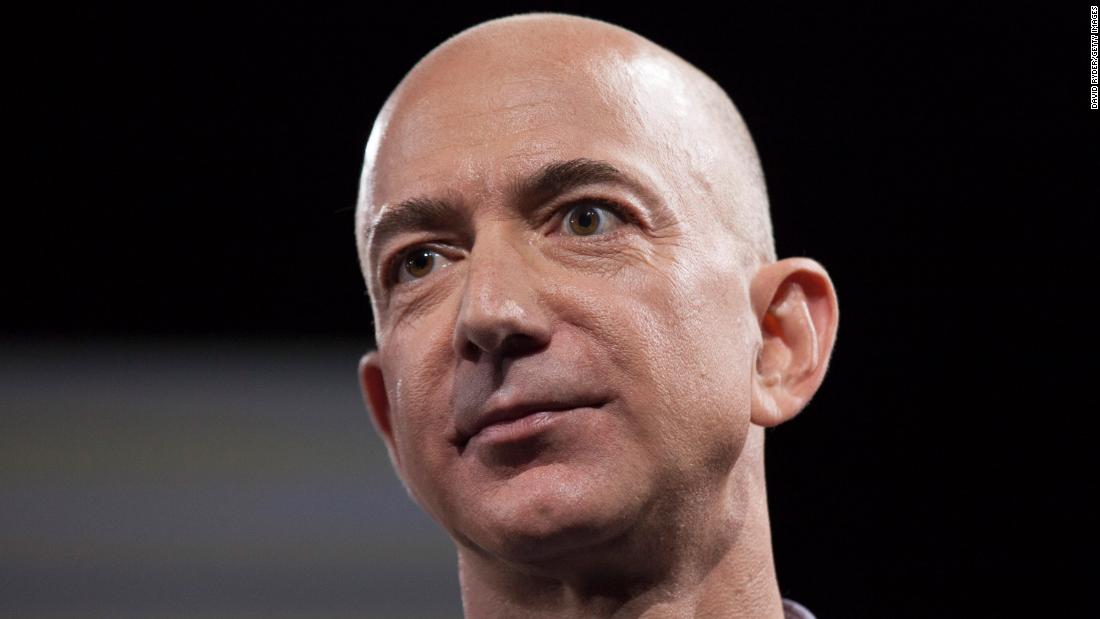 Amazon sales jumped 26% in the first three months of 2020, but the company's profits took a hit as it scrambled to manage the coronavirus pandemic.

Net income for the quarter fell nearly 31% to $2.5 billion, or $5.01 per share, compared to the $3.15 billion in income Wall Street analysts had projected.

CEO Jeff Bezos warned shareholders that the June quarter could also be a challenging one for the online retail giant's finances.

"If you're a shareowner in Amazon, you may want to take a seat, because we're not thinking small," Bezos said in a release. "Under normal circumstances, in this coming Q2, we'd expect to make some $4 billion or more in operating profit. But these aren't normal circumstances. Instead, we expect to spend the entirety of that $4 billion, and perhaps a bit more, on COVID-related expenses getting products to customers and keeping employees safe."

April was a hell of a month for the stock market, with the Dow and the S&P 500 both logging their best monthly performance since January 1987.

The Nasdaq Composite gained 15.4% for the month, its best performance since June 2000.

Part of the April rally was a rebound from March, which was the worst month since 2008 -- the height of the financial crisis -- for stocks. Hopes about reopening the economy and potential coronavirus treatments also helped push stocks higher this month.

On top of that, the Dow had history playing in its favor: "Historically, April has been the best month of the trading year, and this April didn't disappoint," according to a note from Bespoke Investment Group.

Still, on the final trading day of the month the three major benchmarks finished in the red. Another bleak look at the US labor market and inaction from the European Central Bank weighed on investor sentiment. 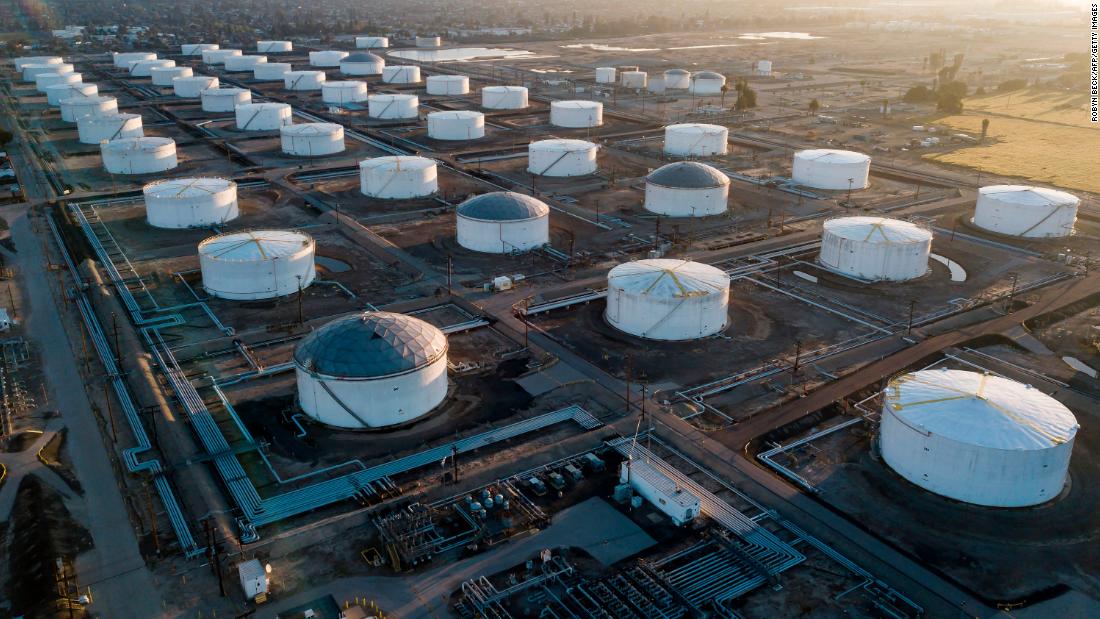 US oil prices spiked 25% on Thursday to $18.84 a barrel, marking the second straight day of monster gains. Although crude remains at depressed levels far too low for US shale companies to make money, oil is now at a two-week high.

The rebound eases fears of a return to negative prices hit last week. Crude plunged to nearly single-digits on Tuesday, sinking as low as $10.07 a barrel. But it's nearly doubled since then.

The recovery reflects bets by oil traders that the unprecedented collapse in fuel demand is over. 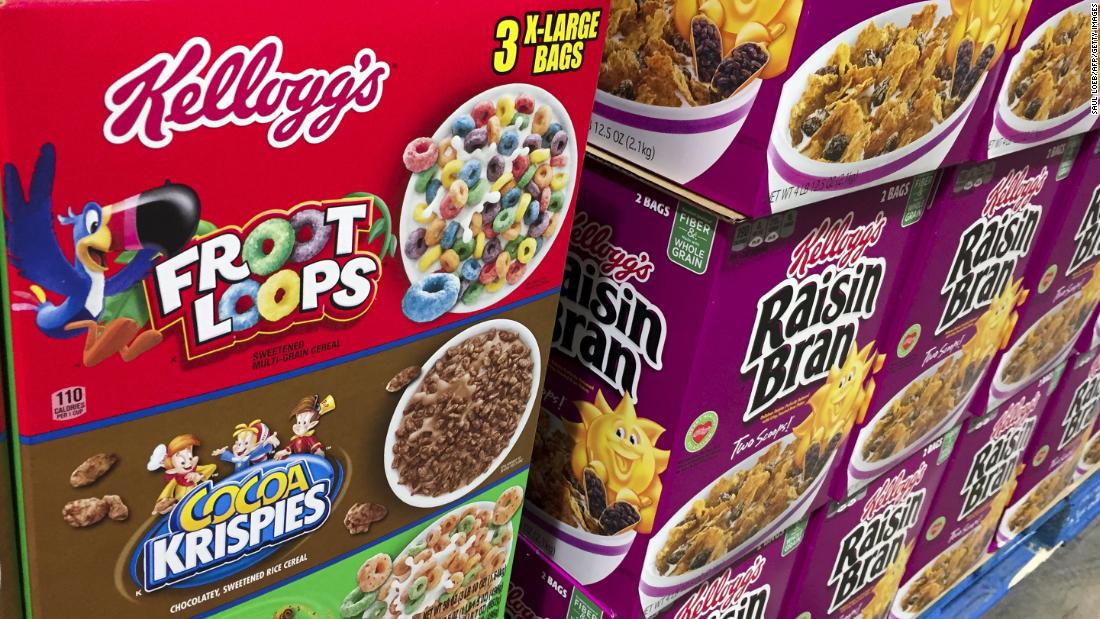 Perhaps announcing the death of cereal was premature.

Kellogg's (K) reported in its better-than-expected earnings report that sales of its cereals jumped 3% because of the coronavirus pandemic. The company makes a number of well-known cereals, including Rice Krispies, Corn Pops and Frosted Flakes.

Its frozen food products, which includes Eggo's, fared even better with sales jumping 9%. Overall revenue for the company grew 8%. 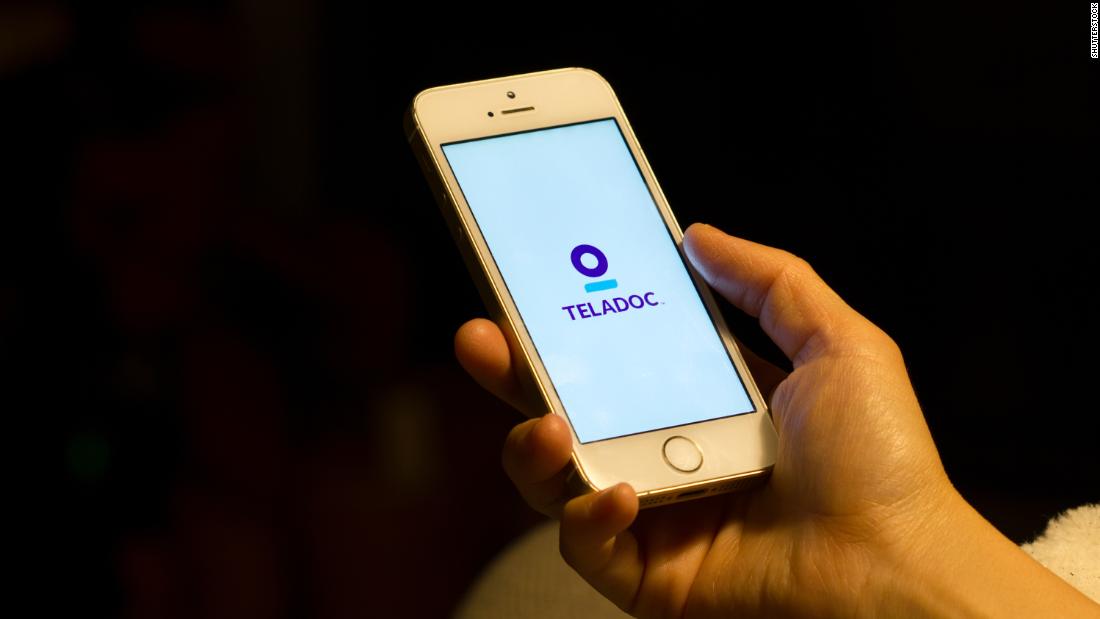 People still need to see doctors for routine checkups and care even if they don't have any Covid-19 symptoms. That's a big reason why business is booming for virtual health company Teladoc.

Teladoc (TDOC) reported a more than 40% jump in revenue for its latest quarter after the closing bell Wednesday, topping Wall Street's forecasts. In an interview with CNN Business Thursday morning, Teladoc CEO Jason Gorevic said that remote visits nearly doubled in the quarter -- to more than 2 million.

"We see this growth persisting into the future," Gorevic said. "We're seeing massive growth in not just general medical visits but also for mental health and dermatology. There is a proliferation across all specialties and significant demand from more physicians looking to be able to use the platform."

The good news may have already been priced into the stock, which has nearly doubled in 2020. Shares fell about 6% Thursday. But Gorevic thinks Teladoc will remain a leader in an increasingly crowded field of virtual health providers and companies offering in-home medical care.

"There are plenty of rumors about Amazon and other techs getting into the space," Gorevic said. "But we see them more likely as partners than competitors. There is a difference between providing technology solutions and actually providing health care." 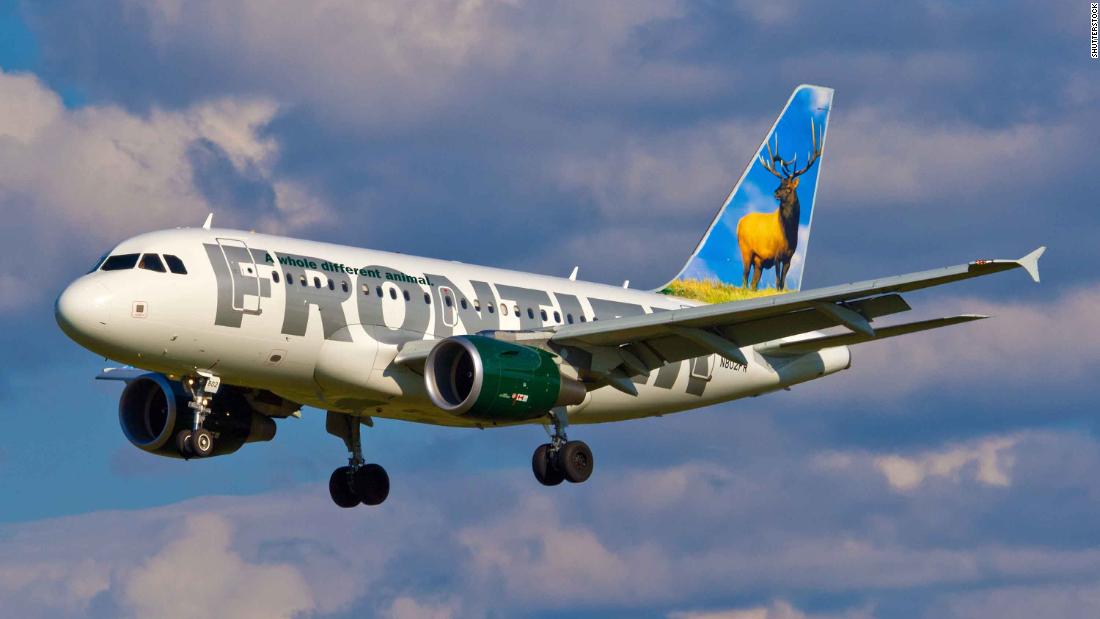 Frontier is the second US airline to require passengers to wear masks or face coverings on flights beginning May 8.

"This new measure is aligned with CDC recommendations and those of many municipalities within the US that include wearing a face covering when out in public," Frontier CEO Barry Biffle said in a press release.

Customers must wear masks when they're around Frontier ticket counters and gate areas, as well as during flights. Young children will be exempt from the policy.