The Federal Reserve has committed to keeping interest rates at ultra-low levels until the economy is back on its feet.

The "dot plot", which shows the monetary policy expectations of policy makers, doesn't show an interest rate increase until 2022. And even then, most FOMC members expect rates to remain at today's low level.

It's "dot plot" season, which means the Fed breaks out its crystal ball and then tells everyone it doesn't know anything about the future. Happens every time.

This time, Fed policymakers said unemployment is going to fall below 10% by the end of this year and below 6% by 2022. That's encouraging. But it also thinks that, to support employment, it's going to keep rates near zero for two more years.

Everyone jumped on that prediction with headlines (see above and below this post) about the Fed's expectations. But Federal Reserve Chairman Jerome Powell remained cautious about relying too much on the dot plot.

"The path ahead for the economy is highly uncertain and continues to depend to a significant degree on the path of the pandemic," he noted.

However, Powell said the Fed continues to rely on its monetary policy tools and believes it's "well-conditioned to support the economy in this challenging time." So that's good.

The jobless rate fell sharply during May -- but the Federal Reserve isn't expecting unemployment to return to normal levels anytime soon.

Fed officials anticipate the unemployment rate will drop to 9.3% during the fourth quarter, according to a summary of projections released Wednesday.

Although that would mark a major improvement from the current level of 13.3%, it's still nearly as high as the peak of 10% during the Great Recession.

"A full recovery is unlikely to occur until people are confident it's safe to engage in a broad range of activities," Fed chief Jerome Powell said during a press conference.

Even during the fourth quarter of 2021, the Fed expects unemployment to remain elevated at 6.5%. That's nearly twice as high as the Fed had projected in December, before the pandemic erupted.

By the end of 2022, the Fed expects the unemployment rate will fall to 5.5%. But that's still well above the 4.1% that the Fed considers "normal" over the longer run.

Still, Powell stressed that Fed officials see multiple paths ahead for the economy, meaning these projections should be taken with a grain of salt.

"I want to acknowledge the tragic event that has, again, put a spotlight on the pain of racial injustice in this country," he said. "The Federal Reserve serves the entire nation. We operate in and are part of many of the communities across the country where Americans are grappling with and expressing themselves on issues of racial equality. I speak for my colleagues throughout the Federal Reserve system when I say there's no place at the Federal Reserve for racism, and there should be no place for it in our society. Everyone deserves the opportunity to participate fully in our society and in our economy."

Federal Reserve Chairman Jerome Powell praised his board of governors for swift action in rescuing markets. That's great for the overall economy, but he acknowledged that's not going to make it easier for normies to get a loan when they're out of work.

That's where lawmakers have to step up.

"Our ongoing purchases have helped to restore orderly market conditions and have fostered more accommodative financial conditions," Powell said. "Many borrowers will benefit from these programs as will the overall economy, but for many others getting a loan that may be difficult to repay is not the answer. In these cases direct fiscal support may be needed."

Powell noted the CARES Act and other legislation help to benefit people and small businesses directly. And he said Congress may have to act further to keep Main Street afloat.

The Federal Reserve said it expects to keep its lead foot on the stimulus pedal for quite some time, keeping rates near zero through 2022. It will also continue to inject billions of dollars into the economy.

The Dow was up 35 points

The Nasdaq, already at a record, surged 1.3% 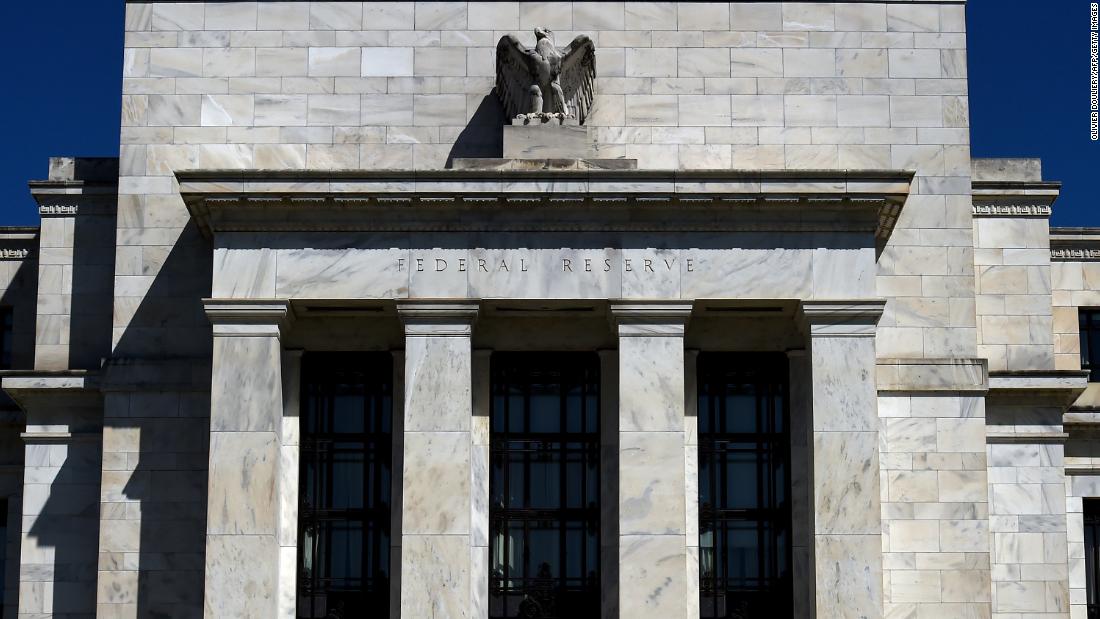 The Federal Reserve left interest rates unchanged and committed to maintaining its unprecedented stimulus plan until the economy "has weathered recent events."

The central bank acknowledged the "tremendous human and economic hardship" that the coronavirus pandemic has brought upon people around the world, and it doesn't think the economic difficulties will let up anytime soon. The Fed updated its economic projections for the year, predicting a 6.5% drop in gross domestic product, the broadest measure of the economy, in 2020. 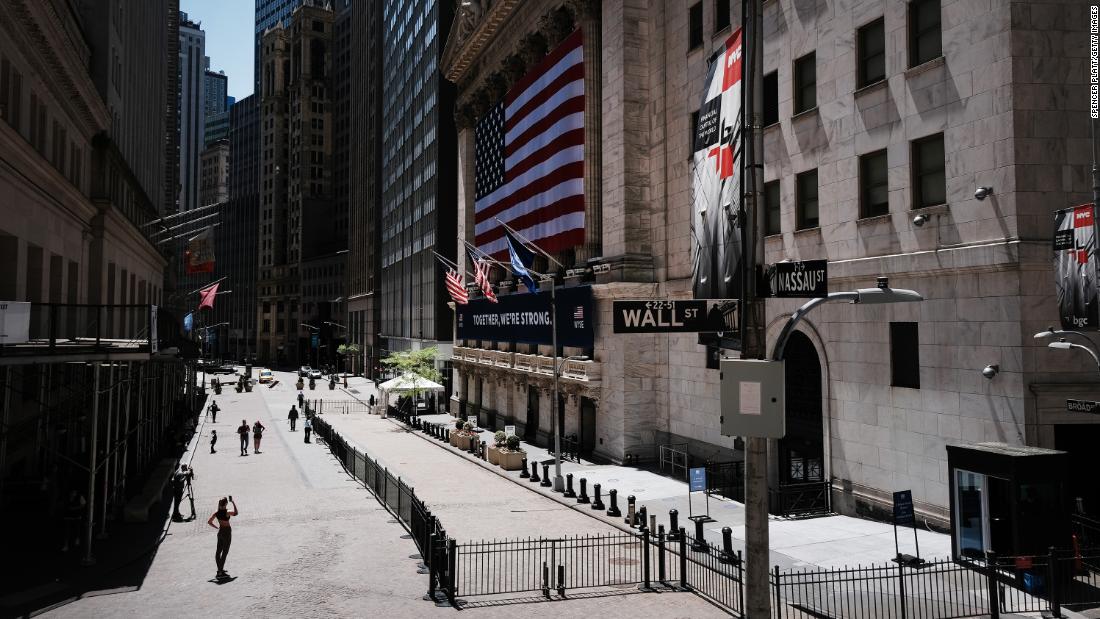 The dramatic ups-and-downs on Wall Street of 2020 haven’t been kind to expensive stock pickers who are paid to beat their benchmarks.

More than 64% of active US stock funds underperformed the S&P Composite 1500 during the first four months of 2020, according to a report published Wednesday by S&P Dow Jones Indices.

That means investors were far better off riding out the market turbulence in cheap vanilla ETFs that mirror broad market indexes than ponying up for active managers who tend to charge hefty fees.

One exception is large-cap growth funds, where nearly two-thirds of stock pickers beat their benchmark.

The S&P 500 plunged 20% during the first quarter, its worst since the 2008 financial crisis. But stocks have since raced higher, with April marking the market’s best month since 1987.

The struggles of stock pickers are hardly new. During the one-year period ending March 2020, 72% of domestic equity funds underperformed, according to S&P.  That figure rose to 87% over the past decade.

These trends underscore how difficult it is to time volatile markets – even for professionals. And it's why investors continue to plow money into cheap ETFs.

It's nearly time for the weekly look at jobless claims again. Another 1.6 million first-time claims for unemployment benefits are expected in tomorrow's report from the Department of Labor. The report is due at 8:30 am ET.

It would be a decrease from the 1.9 million in last week's report, marking the tenth week that initial claims have declined since peaking at 6.9 million in the last week of March.

Continuing claims, counting the people who have applied for unemployment benefits for at least two weeks in a row, are expected to be 20 million, down from last week's reported 21.5 million.

While the weekly stats are improving, millions on people continue to be reliant on unemployment aid to make ends meet.

In the week ended May 16, it was reported that 10.7 million American workers claimed pandemic unemployment benefits -- but this number comprised only 35 states that reported the pandemic assistance numbers.