US stocks struggle to bounce back with the economic rebound in jeopardy: July 8, 2020

The Nasdaq Composite closed at yet another all-time high on Wednesday, exceeding the record it set on Monday, as US stocks finished higher.

Investors are hopeful for more stimulus out of Washington, even as rising Covid-19 infections across America are worrying economists.

Goldman Sachs (GS) predicts that "major complications" calculating the results of the November presidential election due to the Covid-19 pandemic could create uncertainty for investors.

The risk of a delayed results could weigh on financial markets in the fourth quarter, the bank said in a research note Wednesday.

Health concerns and social distancing protocols suggest more voters than ever will decide not to cast ballots at traditional polling stations on Election Day and instead vote by mail. In a close election, it will take time to count – and invariably re-count – all the mail-in ballots,” wrote the bank’s analysts.

Prediction markets indicate a Democratic sweep, with Democrats winning the White House and taking control of both houses of Congress. 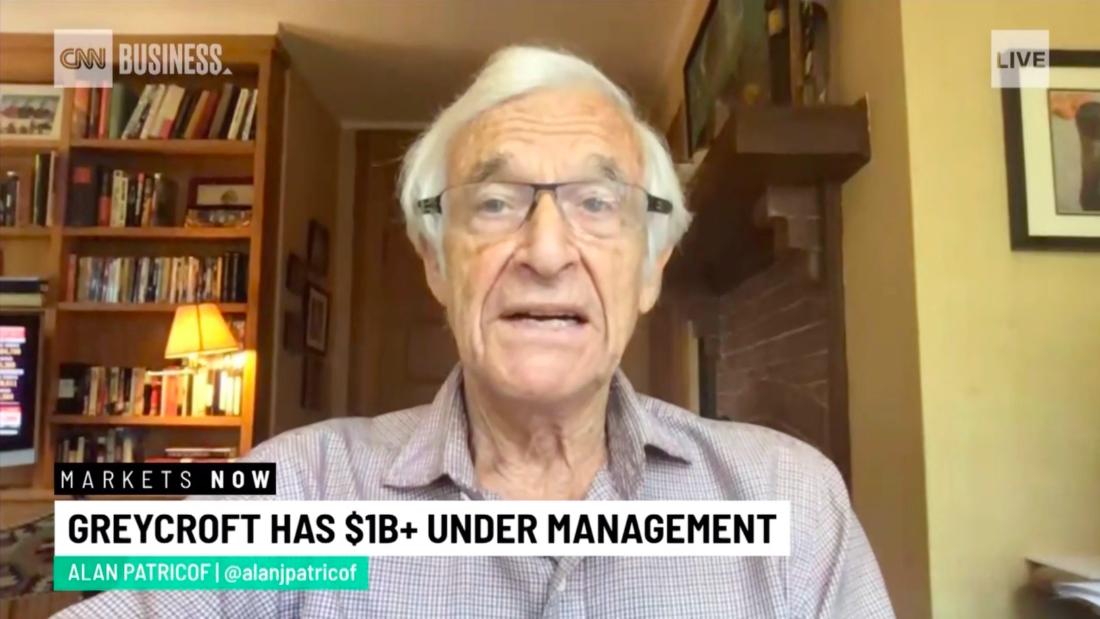 It's been a roller coaster year for the stock market, marked by selloffs over the pandemic lockdown and rebounds fueled by hopes for an economic rebound. Not exactly the cool and optimistic environment you'd want to take a company public in -- or so you'd think!

In fact, there have been several IPOs. And just as people are eager to get outside after the lockdown, "they're anxious to put their money to work" in the market, said Alan Patricof, founder and managing director at Greycroft, on the CNN Business digital live show Markets Now.

Normally companies wanting to do an IPO wait for months or even years until they find a favorable window. Despite the current economic uncertainty, that window seems to be here.

"If I were a company that had a good growth record and thought that it would have an appeal in terms of its prospects, I would say take advantage of the window," the veteran venture capitalist said.

"I think that it's a very exciting company" Patricof said. "It's going to be a stable long-term player in the software industry, just like Salesforce (CRM) is."

But its success as a public stock will depend how it is priced when it enters the market. Palantir might do a direct listening, as Spotify (SPOT) and Slack (WORK) did. 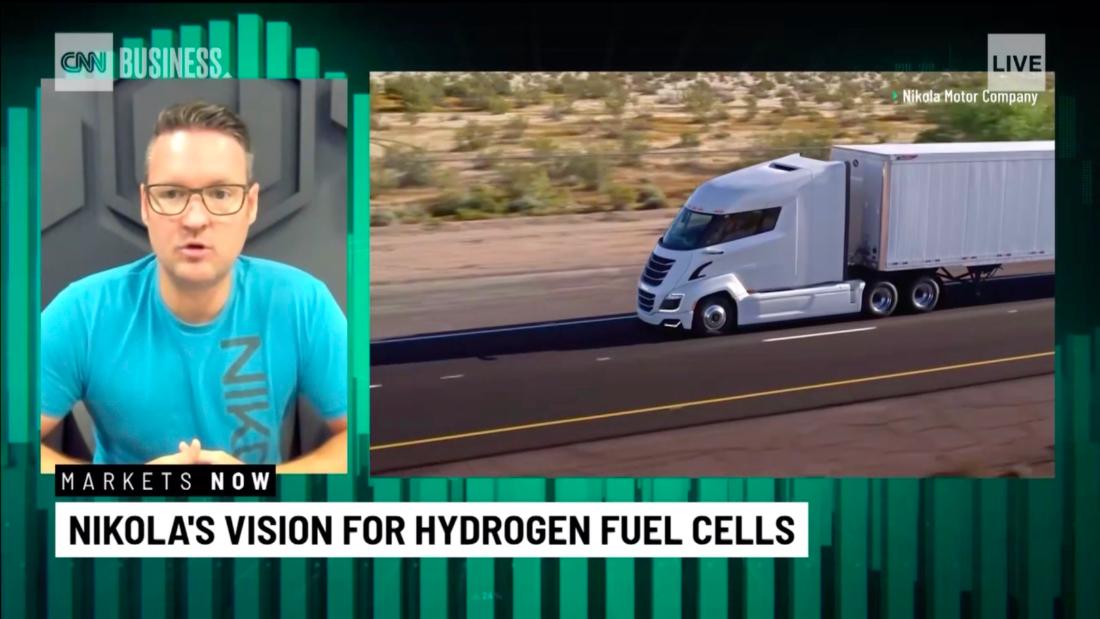 Shares of renewable energy-powered truck maker Nikola (NKLA) are up 25% today following an upgrade from analysts at JPMorgan (JPM).

The recently IPO'ed stock is looking good today even as it's competing with Tesla's (TLSA) Cybertruck.

"Nikola will become one of the most valuable brands in the world" eventually, CEO Trevor Milton told Alison Kosik on the CNN Business digital live show Markets Now.

The maker of hydrogen fuel cell and battery-powered trucks is focused on the heavy trucking market, which differentiates it from more consumer-driven Tesla, Milton said.

The company also controls the truck's energy consumption by providing the hydrogen fuel.

Battery-powered vehicles are also great, Milton said, but they're limited in the range they can drive. That's why hydrogen makes more sense for trucks.

Covid-19 infections are soaring in parts of America. Economists worry about what this will do to the nation's overall economic recovery, but there may be a silver lining, said David Balin, chief investment officer at Citi Private Bank.

As the disease is spreads further but may be less fatal, he said. "We'll know more about that in the next two to four weeks," he told Alison Kosik on the CNN Business' digital live show Markets Now.

As a whole, the US economy will likely rebound no matter what happens, even as parts of the country pauses their reopening schedules amid the rising infections, Balin said. On the whole, some 80% of jobs during pandemic lockdown will come back over the next 18-24 months, he maintained.

If that trajectory holds, it will be favorable for stocks, Balin said

Weekly jobless claims have been falling for three months since their peak in the last week of March. This was a good sign, economists said, because it meant that the number of newly laid-off people was decreasing.

But it looks like that trend is about to come to a halt.

Tomorrow's report is expected to show nearly 1.4 million Americans -- 1.375 million to be exact -- filed for first-time unemployment benefits in the week ending July 4. That would only be slightly less than the 1.427 million who filed in the week before.

And in fact, the weekly number of initial claims has fallen by only about 139,000 in total over the past four reports. That's really not a lot, given the scale of the unemployment crisis. Even though the unemployment rate has come down in May and June, the country remains down some 14.7 million jobs since February.

Continued jobless claims, which count workers who have filed claims for at least two weeks in a row, are expected at nearly 19 million -- 18.95 million exactly -- tomorrow. That's down from 19.29 million last week.

Economists have shifted their focus to continued claims in May, saying it's a better indicator of how many people are returning to work versus staying on benefits. So the slowdown in that figure doesn't bode well for the recovery.

On top of that, many states have paused their economic reopening schedules following a rise in Covid-19 infections. This will keep people who would have otherwise returned to work in later reopening phases at home for longer. 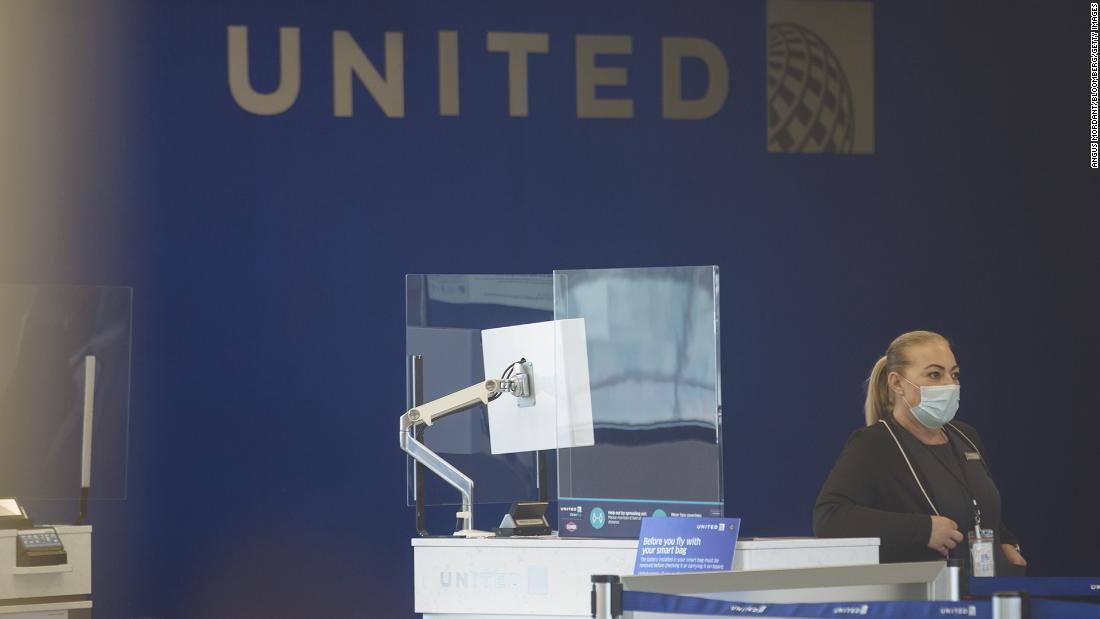 Clobbered by the coronavirus pandemic, United Airlines (UAL) is sending warning letters nearly half of its frontline workforce that they could be furloughed when restrictions on a federal bailout expire October 1.

The world's third-largest airline says 36,000 workers -- including 15,000 flight attendants, 11,000 customer service and gate agents, 5,550 maintenance employees and 2,250 pilots-- are about to receive 60-day mass layoff notices. The reductions are in addition to furloughs of office-based employees the company previously said it would cut.

The announcement paints a grim picture for an air travel recovery only days after United announced it would ramp up its schedule in August.

United is operating only a quarter of flights compared to last year and says that planes are, on average, 55% full. Executives say demand for air travel has slipped recently in markets such as New York, where bookings at its Newark hub dropped as Covid cases surged.

United executives told reporters the company has done everything it can to protect employees -- urging them to take early retirement and voluntary separation plans and aggressively raising millions in new money.

The airline is still hemorrhaging $40 million each day.

The airline, which reached an agreement this week with the Treasury Department to tap a loan fund – is also not counting on another round of relief to pass Congress. 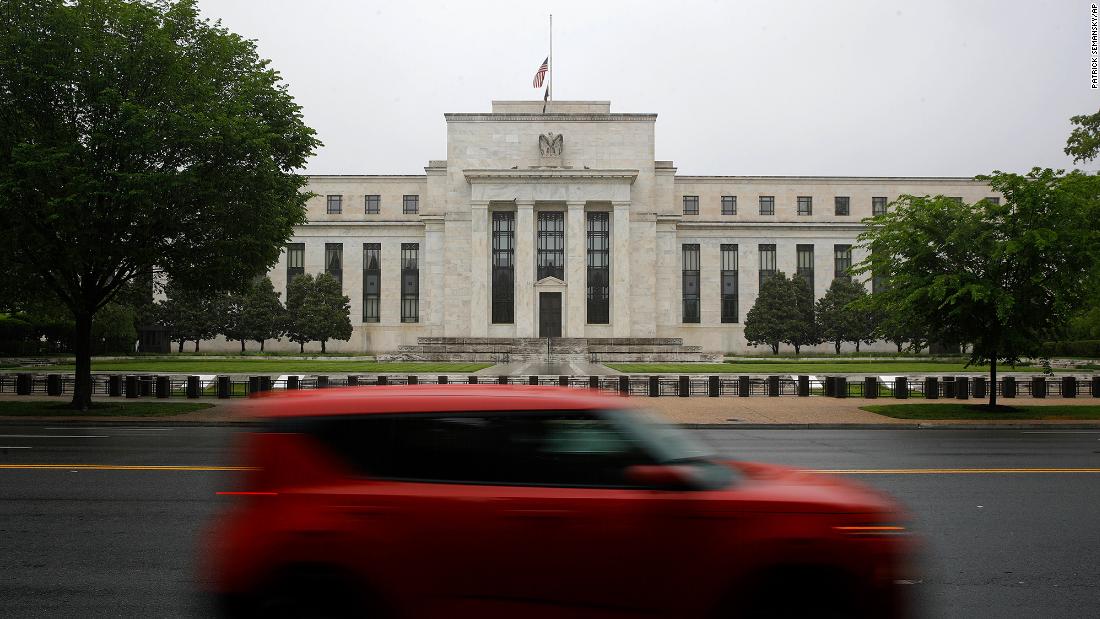 The controversial program, called the Secondary Market Corporate Credit Facility, has already scooped up about $10 billion of corporate debt, including junk bonds and ETFs.

Those purchases -- and the mere announcement of the intervention in late March -- have unfrozen the critical debt market. Critics argue the Fed is distorting market functioning and propping up "zombie companies that don't deserve to exist."

The NY Fed has already begun taking its foot off the pedal.

Corporate debt purchases have slowed from about $300 million per day to under $200 million a day, Daleep Singh, executive vice president at the NY Fed, said in a speech.

Singh stressed that halting purchases would not mean the program's doors were closed, but that "markets are functioning well."

"Should conditions deteriorate, purchases would increase," he said.

We're just over an hour into the trading session and already the Nasdaq Composite is on track for another all-time high today.

The tech-heavy benchmark has been on a roll, setting a fresh closing record on Monday, following two new records last week. And the index isn't done rallying yet. Stocks have climbed higher in the past several weeks amid high hopes for the reopening of the economy and recovery from the pandemic recession. Stimulus from the Federal Reserve and the US government have also propped the stock market up.

All this has helped the market even as Covid-19 infections across America are rising.

The Nasdaq is up 16.5% this year and back above 10,000 points. That's remarkable, given it fell below 7,000 points during the pandemic selloff in March.