US stocks closed in the green on Wednesday, with the S&P 500 recording its fourth day of gains in a row. Stocks had started the day mixed after the closure of the Chinese consulate in Houston, which fueled worries about US-China relations.

Earnings remain in focus, with Tesla (TSLA) and Microsoft (MSFT) reporting after the closing bell. 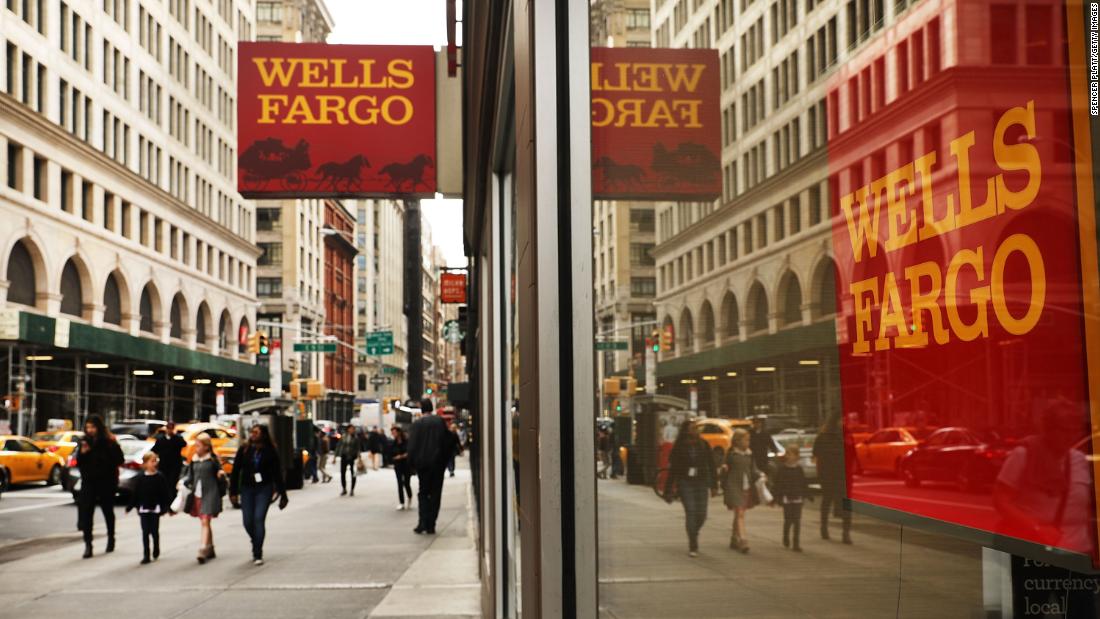 Wells Fargo lost money last quarter for the first time since the 2008 financial crisis. It's the only big bank planning to cut its dividend. Its stock price has been cut in half this year.

In a report issued Wednesday, S&P expressed concern about Wells Fargo's (WFC) "weaker" earnings power, which will make it harder for the bank to cushion the blow from bad loans during the pandemic.

Wells Fargo declined to comment, but its earnings release last week revealed how much the bank is struggling right now. Sanctions from the Federal Reserve, imposed as punishment for Wells Fargo's widespread consumer abuses, are making it hard for the bank to make money.

In its report S&P said Wells Fargo's "ongoing regulatory challenges" and "earnings pressures in the midst of the economic downturn" have hurt the bank's creditworthiness.

"We're in the early stages of really feeling the economic impact of this," Solomon added.

Solomon said travel and recreation industries -- including restaurants and entertainment --are among the biggest losers that will suffer for an extended period of time. Solomon specifically mentioned Disney (DIS), saying the company will feel the impact of the pandemic for a "long time.”

Thursday is almost here, when the weekly jobless claims report is released and economists and the rest of us can see how the labor market may be recovering.

Tomorrow's data might not be what the experts are hoping for. The report expected to show that another 1.3 million Americans applied for first-time unemployment benefits last week, the same number as in the week prior.

Continued claims, which count people who have applied for benefits for at least two consecutive weeks, are expected to slip to 17.1 million from 17.3 in the week before, highlighting once again that America's job market will not be repaired any time soon. 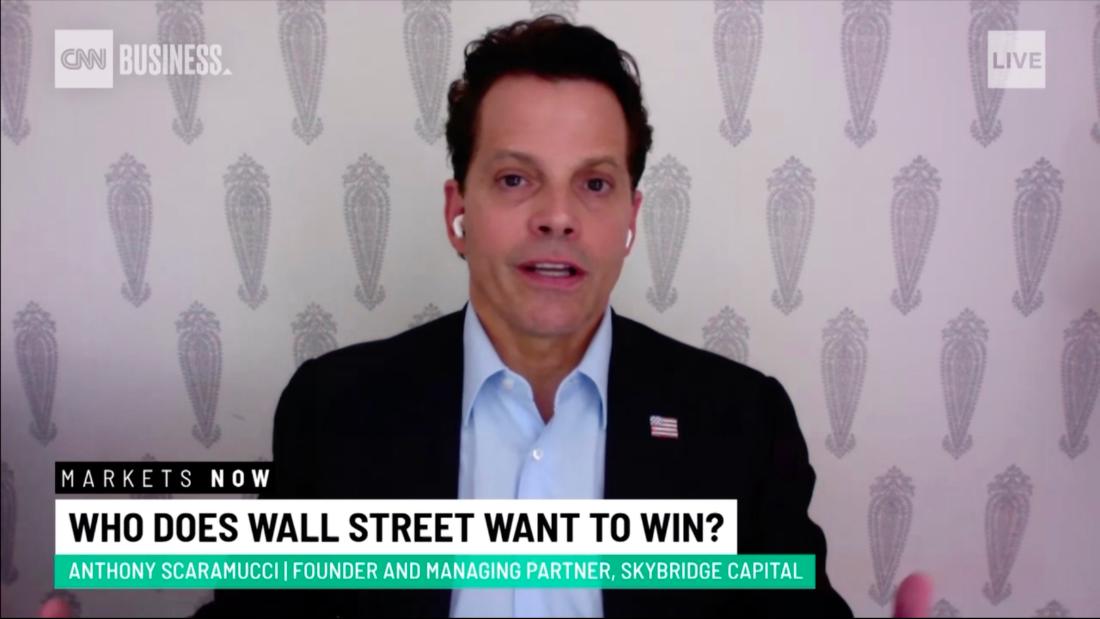 The November presidential election is edging closer but markets, which traditionally the more conservative candidate, might sway in the other direction this year.

"I think Wall Street has been fatigued by the president," said Scaramucci, who served briefly as the president's communications director.

Former Vice President Joe Biden is more likely what people want, he said, even though investors traditionally prefer politicians who are pro-deregulation and pro-business. But President Donald Trump has fractured America's international alliances, and that's bad for business, Scaramucci said. 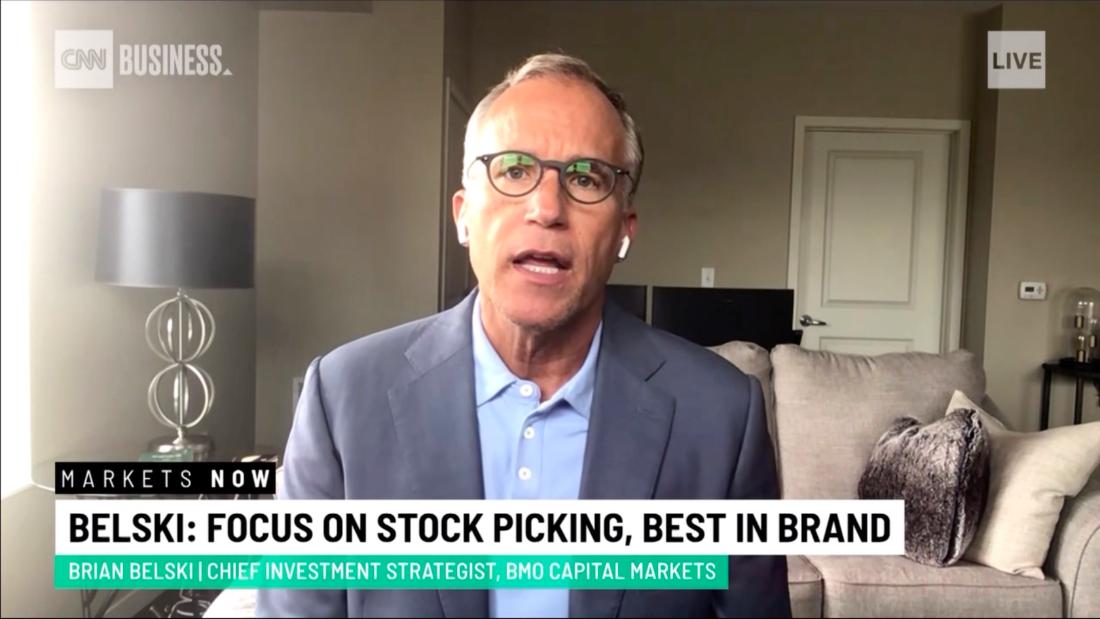 The stock market has bounced back from its lows and tech and communications companies have been leading gains.

But just because we've seen a rally doesn't mean it's too late to get in on the game, said Brian Belski, chief investment strategist at BMO Capital Markets, on the CNN Business digital live show Markets Now. And the reason is "simply because they're the best positioned companies right now," he said.

The likes of Microsoft (MSFT), Apple (AAPL), Google (GOOGL) and Netflix (NFLX) are the emerging leaders of structural changes in society.

The biggest worry is a potential additional wave of Covid-19 infections heading into the fall, Belski said.

Best Buy (BBY) is one of the few retailers capitalizing off the pandemic.

In its most recent earnings report, released late Tuesday, the company said overall sales have grown 15% since stores reopened in mid-June and online sales stores jumped 155% in the first quarter and are still growing in the second.

Best Buy boasted that it retained "approximately 81% of last year’s sales during the last six weeks of the quarter," which encompassed part of March and all of April. While in-store shopping was halted, most locations remained open for curbside pickup and Best Buy's website continued to operate.

Computer, phones and appliances were strong sellers for its home-bound customers. Best Buy has about 1,000 stores.

The groups said in a release that the the acquisition plan "poses real risks to competition and financial safety" and that the Fed has "no business waving through yet another merger that makes one of our nation's biggest banks even bigger."

"This merger won’t just harm consumers, it will put our entire economy at risk. This too big to fail merger is too big to approve," said Lisa Gilbert, executive vice president of Public Citizen, in a press release.

They also released a public letter addressed to Federal Reserve Chairman Jerome Powell arguing that Morgan Stanley has a troublesome past including "repeated legal violations that harm customers and investors, and investments that harm society show that it is already 'too big to manage.'"

Morgan Stanley (MS) and E-Trade (ETFC) said they were hopeful the merger would be approved by regulators and shareholders by the fourth quarter of 2020.

US stocks kicked off mixed on Wednesday as earnings season is roaring on and investors are yet again concerned about US-China relations. The Nasdaq Composite managed to open in the green.

Washington ordered China to "cease all operations and events" at its Houston, Texas, consulate, which Beijing called an "unprecedented escalation".