Another day, another record – for the S&P 500 and the Dow, at least. Both indexes opened moderately higher Wednesday and defended those gains until the session ended, notching fresh all-time highs.

The Nasdaq Composite ended 0.2% lower after also opening in the green.

Inflation data released Wednesday morning showed price increases moderated in July, leading some analysts to suggest we may have reached the peak of pandemic-era inflation. For nervous investors with an eye on Federal Reserve policy, the breather in price hikes is a welcomed development as it could take pressure off the central bank to rein in its policies sooner than hoped.

The pandemic has changed the very idea of the office.

Density, a startup that measures the use of space, is offering a product that will help companies understand how their office spaces are actually used.

"When we started we just wanted to figure out how busy our favorite coffee shop was," said Andrew Farah, co-founder and CEO of Density, on the CNN Business digital live show Markets Now.

Over the coming years, companies with millions of square feet of office space will start evaluating these questions differently.

The company has raised $100 million so far. 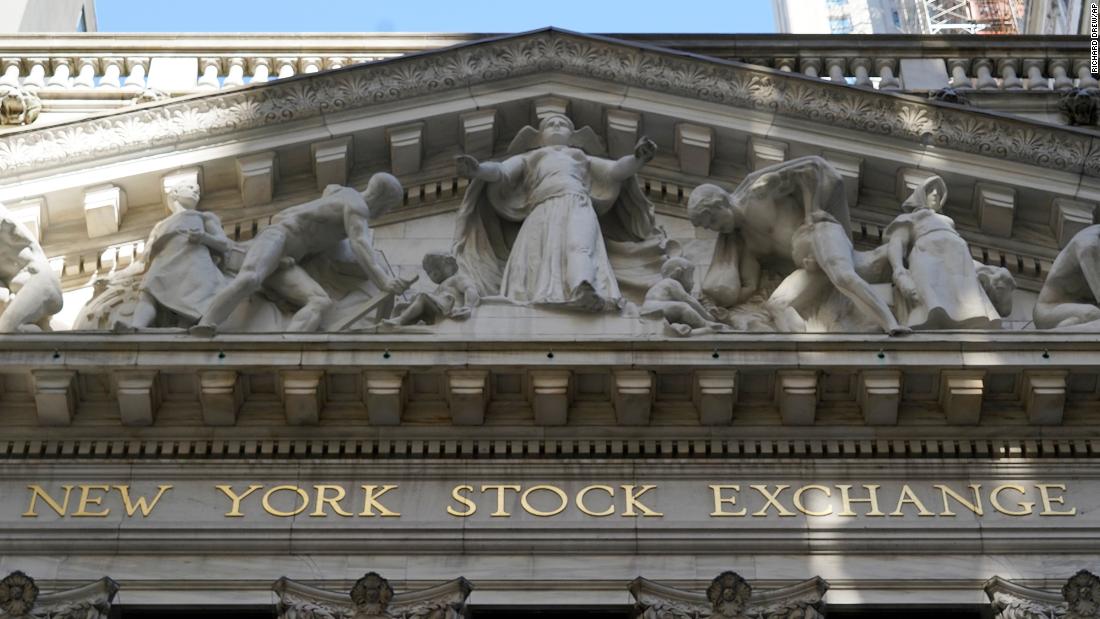 Stocks are at record highs, a far cry from when the pandemic first took the United States in a chokehold.

"We're up about 100% from the low," said Joe Duran, head of Goldman Sachs Personal Finance Management.

In a typical expansion, the market goes up about 200%, he added — so that means the market is around the halfway mark of how high it can go.

Duran sees a 75% likelihood that there will be a 10% correction in the market, he told Alison Kosik on the CNN Business digital live show Markets Now. "But that's different than a bear market," he added.

For investors that means not to make any sudden moves: "The economy is still recovering. We're still very bullish but there will be corrections going forward," Duran said.

The spread of the Covid-19 Delta variant might slow things down a little in terms of the recovery, which could be helpful in putting a damper on the inflation heat. Meanwhile, spending from the infrastructure bill that was passed in the Senate yesterday could help a lot of stocks that didn't do well during the height of the pandemic, Duran said.

"You should still own technology stocks, but maybe rebalance so that you're not overweight those stocks that did well last year," Duran said.

The Dow and the S&P 500 are on track to hit new record highs today, following this morning's inflation report which showed consumer prices moderating a little bit in July.

The Federal Reserve has consistently said the pandemic-era inflation spikes are just temporary. That's important because price stability is one of the central bank's mandates.

So far, the Fed has held its easy money policies steady. But investors worry that those days are numbered given the pace of the recovery and the spike in consumer prices.

However, there's no reason to panic. The Fed won't just turn off the money tap without warning.

"We think that the Jackson Hole symposium and the September FOMC meeting are more important for this market," Grinacoff said of the upcoming late-August meeting of central bankers in Wyoming and the September policy update from the Fed.

It's lunchtime and stocks are mixed. The Nasdaq Composite has given up its earlier gains and traded down 0.4% around midday.

But things are looking up elsewhere in the market. Both the Dow and the S&P 500 are on track to end the day at fresh all-time highs, surpassing their records from Tuesday. 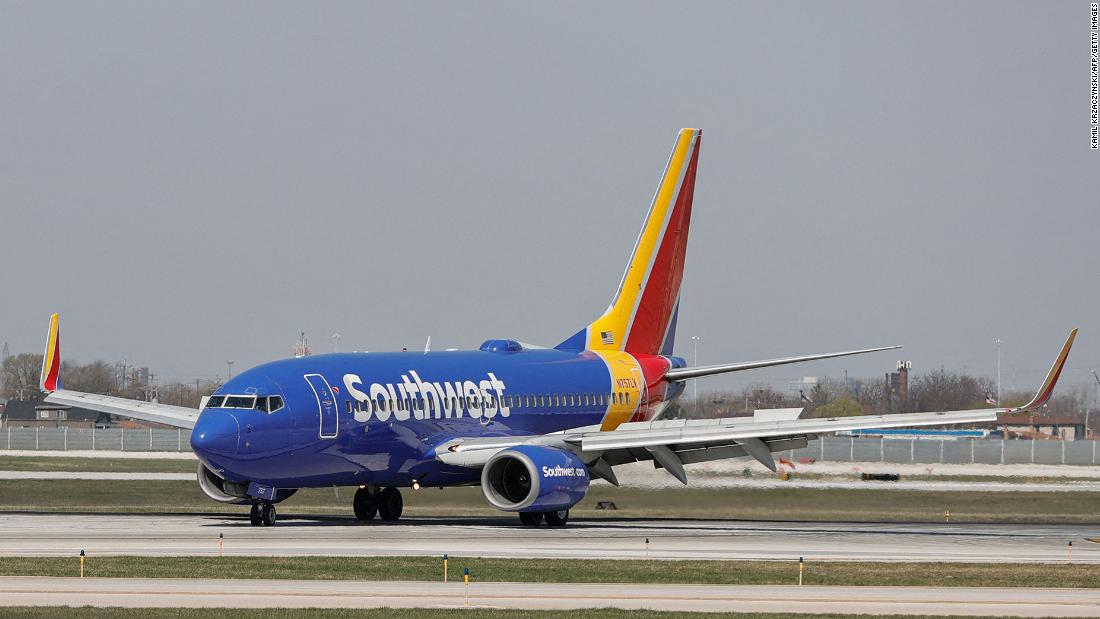 The Delta variant of Covid-19 is weighing on Southwest Airlines' bottom line.

The carrier said in a regulatory filing Wednesday that customers this months have been booking fewer flights and are increasingly canceling the trips they've already booked.

That prompted Southwest to lower its operating revenue estimates for the month to 15% to 20% below what it took in in August 2019. Previous estimates called for a 12% to 17% decline from two years ago.

Southwest (LUV) said it was profitable in July, but the "recent negative effects" of the pandemic will make turning a profit difficult in the third quarter. The airline expects September revenue will be down 15% to 25% compared to the same month in 2019, but said demand for Labor Day travel "remains healthy, thus far."

Shares of the airline were flat Wednesday. 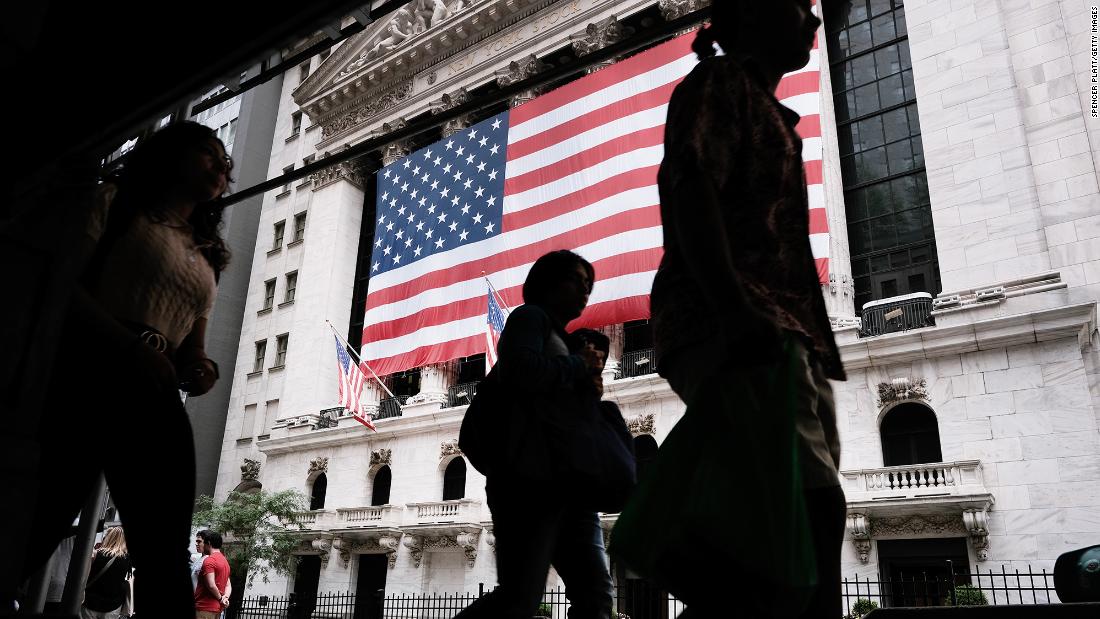 US stocks opened in the green Wednesday, which means there could be more record highs in this session.

Economic data showed that consumer price inflation moderated some in July even though prices remain elevated.

The Nasdaq Composite opened up 0.3% as well.

Higher prices have been the pandemic recovery's collateral damage, and the inflation jump isn't going away any time soon.

In July, the pace of consumer price inflation slowed some, but it still remained elevated.

Stripping out more volatile food and energy items, consumer prices rose 4.3% in the 12 months ended in July, slightly below the June's rise. Overall, prices rose 5.4% over the period, flat compared with June, the Bureau of Labor Statistics reported Wednesday.

For the month alone, adjusted for seasonal swings, prices rose 0.5% on the whole and 0.3% stripping out food and energy items, representing a slowdown on both fronts. 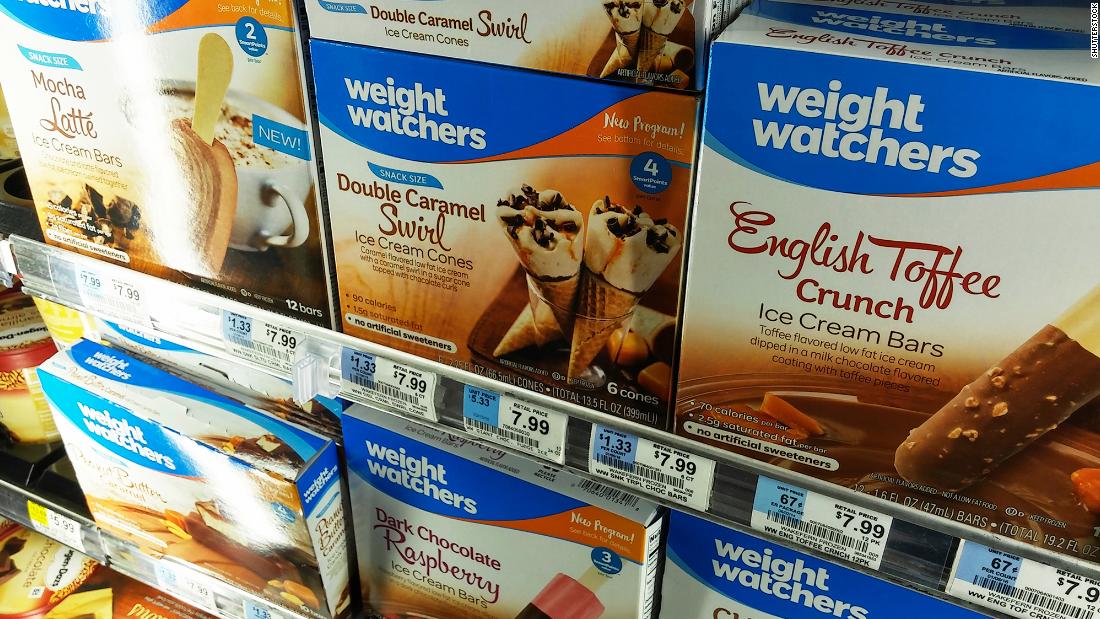 So much for people watching what they eat and exercising more during the pandemic.

Shares of WW (WW), the wellness company formerly known as Weight Watchers, plunged nearly 25% in early trading Wednesday after the company reported earnings and revenue that badly missed Wall Street's forecasts. WW ended the second quarter with fewer subscribers than it had this time a year ago.

The company faces a lot of competition in the health and wellness world, including several popular free diet and weight loss apps. And analysts are nervous.

During the company's conference call Tuesday evening, Goldman Sachs' Jason English told WW management that "it does look like the bigger challenge is not getting consumers focused on losing weight. It's getting them focused on paying for a subscription-based service to lose weight."

WW might also be struggling because of the reopening of America's economy, Delta variant concerns notwithstanding. UBS analyst Michael Lasser pointed out during the WW call that "it seems like the dynamic that's happening is people have been stuck at home. They're excited to get out...They're not as excited to go and focus on their wellness."

In other words, we'll have a big slice of that cake for dessert and more glasses of wine.