It happened again. For the second day in a row, the S&P 500 fell just short of a fresh all-time closing high. The index closed up 1.4%. Yet it was some 5 points below the February record of 3,385.15 it needed to beat.

And so the "record watch" continues.

Stocks were in the green all day, rebounding from the prior day’s losses.

The S&P 500 has hit the magic number of 3,385.15, meaning that if the market closed right now, the index would have set a new record high -- its first since the pandemic hit the United States.

If the index does manage to finish at an all-time high, it would make the 2020 bear market the shortest in history at only 1.1 months, according to S&P Dow Jones Indices' Howard Silverblatt.

It would also mean that it took Wall Street less than five months to go from nadir to new record. 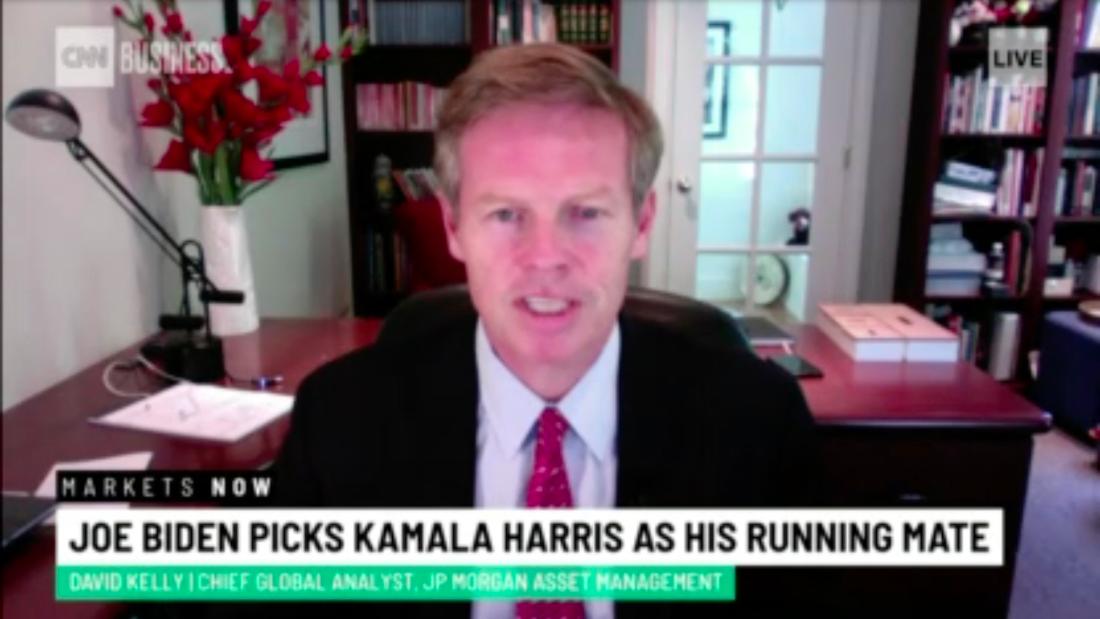 The Covid-19 pandemic threw a wrench into America's stock market, but indexes are recovering. Indeed, the S&P 500 is nearing a new all-time high and the Nasdaq Composite hit a record on last Thursday.

"There is a lot of liquidity in the economy and that has really helped the market deal with this," said David Kelly, chief global strategist at JPMorgan Asset Management.

That doesn't mean that there are no clouds on the horizon. Eventually, taxes and interest rates will have to be increased to pay for the pandemic's economic costs, Kelly told Alison Kosik on the CNN Business' digital live show Markets Now.

One of the mandates of the Federal Reserve, which sets interest rate policy, is to safeguard inflation. In a normal recession, inflation would be falling. But as this morning's inflation report showed, prices are already bouncing back after falling for only three months.

The uncertainty doesn't end there. This is an election year.

"If we have a Democratic win, you probably see some progress in reducing the deficit," which would be helpful, he added. At the same time, taxes might rise, as could interest rates.

Under a re-election of President Donald Trump, there might be more uncertainty with regards to America's fiscal health, Kelly said. 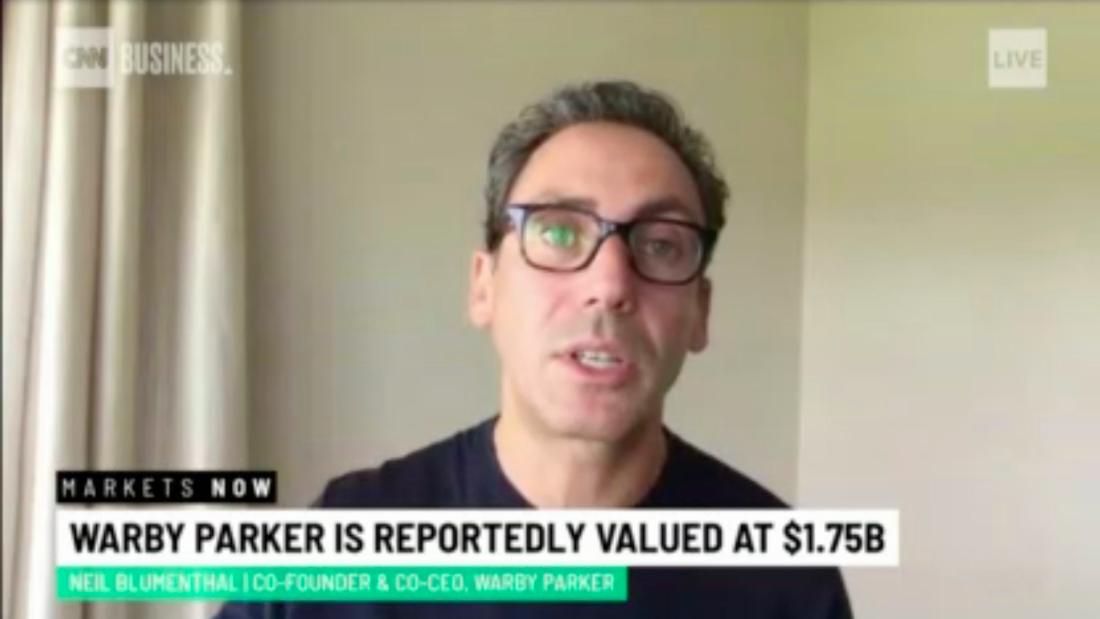 Plenty of companies might be thinking about going public. Affordable glasses company Warby Parker is not one of them.

"We've been able to do so in the private market," he added. "Do we think we’re going to go public? Yes. Do we have immediate plans? No."

Upon Kosik pressing him on a timeline for a potential IPO, Blumenthal admitted that a year or two from now is the most likely scenario.

At the moment, the company has a strong balance sheet, as well as access to private funding markets, Blumenthal said.

Meanwhile, the pandemic has changed how Warby Parker is making its money.

"Our e-commerce business has gone gangbusters," Blumenthal said, and sales of both prescription glasses and sunglasses are doing well.

The company's virtual try-on feature, which works via an app, "is being used exponentially more than [it was in] pre-Covid," Blumenthal said.

The IPO market is alive and well, in spite of the pandemic, and a there's a trendy way to take companies public: SPACs.

"We know of the $56 billion in capital that have been raised in the IPO market, more than 40% have been special purpose acquisition vehicles," said Kathleen Smith, principal at the Renaissance Capital IPO ETF (IPO).

But even though SPACs are currently all the rage, they don't provide the best returns for all investors, she said. They are attractive for hedge funds and are also a better route for companies that the market would struggle to value appropriately, Smith said. "Eventually investors may realize it may not be the most efficient way," she added, and a regular IPO may be the best way to go.

"The IPO market is doing quite well as well," Smith said, and 2020 could even surpass previous years in terms of activity and volume of IPOs.

It's Wednesday, and you know what that means: Tomorrow morning, the Department of Labor will release its weekly report on jobless claims.

Another 1.1 million Americans are expected to have filed for first-time unemployment benefits last week, according to economists surveyed by Refinitiv. That would be slightly (66,000 to be exact) fewer than in the week before.

Continued jobless claims, which count people who have filed for unemployment benefits for a at least two weeks in a row, are expected at just below 16 million. That would be 200,000 claims down from the prior week.

Economists think it's encouraging that claims for unemployment are going down because it means people keep returning to work. That said, first-time jobless claims have now been above 1 million every week for 20 weeks, or 5 months, not counting the expectations for tomorrow's report.

America has started on the long and arduous path to recovery, but there are plenty of hurdles in its way until Covid-19 has been effectively contained or eradicated, said Eric Rosengren, president of the Federal Reserve Bank of Boston.

As long as the virus poses a threat, consumers will be more cautious. And that will keep them from engaging in the kind of economic activity (meaning spending) they engaged in before, he said.

The trajectory of the economic recovery will be determined more by the path of the virus than by the path of policy making -- although monetary and fiscal policy can mitigate, and have mitigated, some of the most significant adverse impacts,” Rosengren said in prepared remarks before the South Shore Chamber of Commerce.

The central banker also said he thinks the recovery is losing steam, saying that "the recent slowdown in economic activity…is likely to continue."

Stocks are in the green today, which means the S&P 500 could clinch its first closing record since February, before the Covid-19 pandemic took hold in the United States.

A new all-time high would mean it took Wall Street less than five months to go from nadir to new record, and if that happens, it would make the 2020 bear market the shortest in history at only 1.1 months, according to S&P Dow Jones Indices' Howard Silverblatt.

Wall Street opened in the green on Wednesday, reversing yesterday's losses that put an end to a seven-day winning streak for the S&P 500 and the Dow.

Maybe it was altitude sickness, as the S&P was poised for a new all-time high yesterday, but momentum petered out in afternoon trading. Investors hopeful that the index can hit its first record since the pandemic hit, might stand a better chance today.