US stocks rise on stimulus hopes

Stocks finished higher on Wednesday, but that's not all.

It was the end of the month AND the quarter. Phew.

September wasn't rosy for the market. The Dow, the S&P 500 and the Nasdaq Composite all recorded losses, breaking a five-month winning streak and making it the first down-month since March!

For the quarter overall, things were a bit better: All three indexes ended higher, making it the second straight quarter that stocks rose following the abysmal first three months of the year.

Wednesday’s trading higher was likely influenced by the session being the last of September. But also boosting optimism was better-than-expected economic data and hopes that another push on stimulus negotiations might lead to a deal. 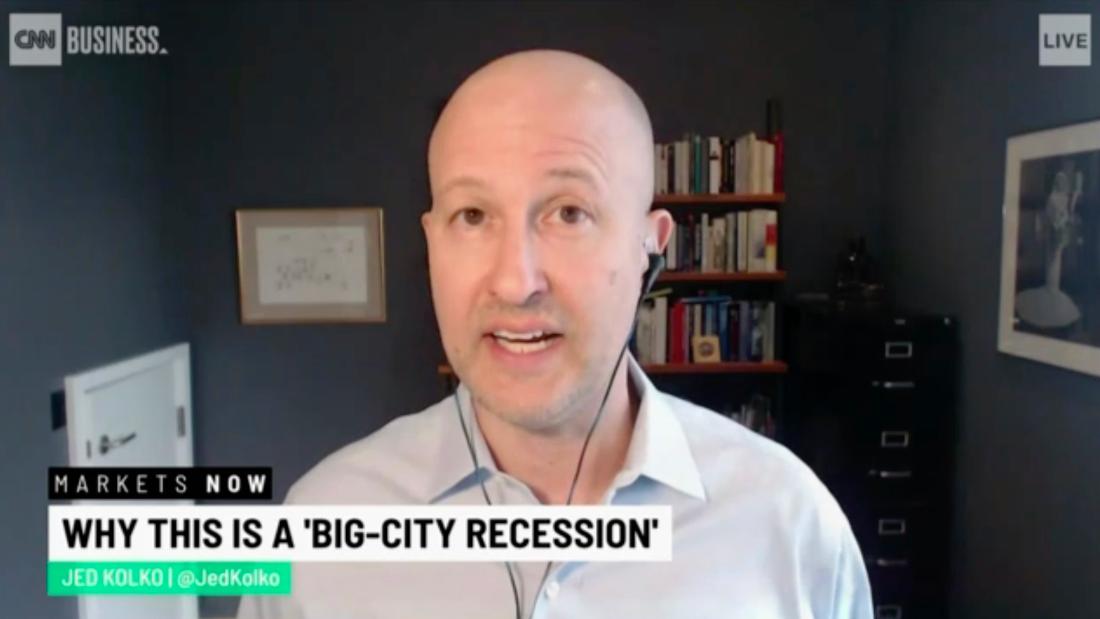 The pandemic recession isn't like any we've ever seen before. This is a big-city recession, according to Indeed chief economist Jed Kolko.

Why are cities suffering so much more?

"Because these places have seen bigger job losses, [as] some hard-hit sectors are concentrated in big cities," such as hospitality, Kolko told Alison Kosik on CNN Business' digital live show Markets Now.

And making matters worse, "in the cities where more people can work from home, local businesses suffer," he added.

According to Indeed, job postings are still down about 18% compared to last year, but even just being down one-fifth in job postings would represent a big hit to the economy, Kolko said.

"There are a handful of sectors where job postings are at or above what they were last year," he added. "These tend to be sectors that support the stay-at-home economy," he said, such as construction, some retail jobs and warehouses.

Meanwhile, hospitality and tourism jobs are still down by about half. 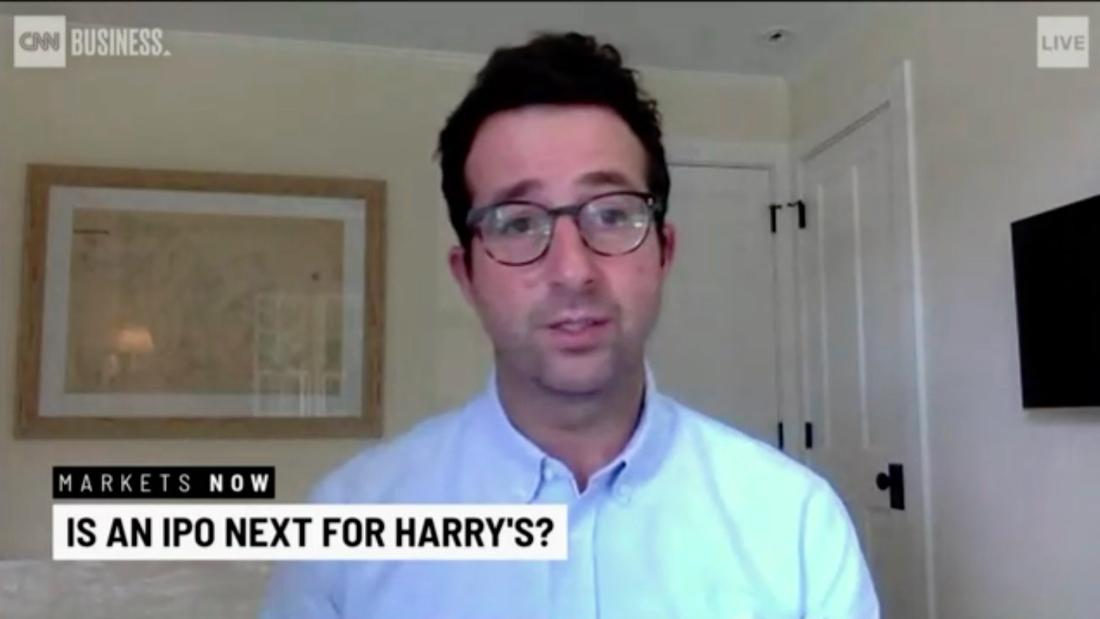 Many Americans are still working remotely as the Covid-19 pandemic drags on. But this doesn't mean that men don't shave anymore. Frequent video calls require folks to still look their best, and that's helping the likes of personal care business Harry's.

Raider said the company, which sells razors and other grooming items, is building to grow its existing brands and launch additional products. But he didn't want to commit to any IPO plans on the show.

Earlier this year, the FTC blocked a merger of Harry's and Schick parent Edgewell Personal Care. 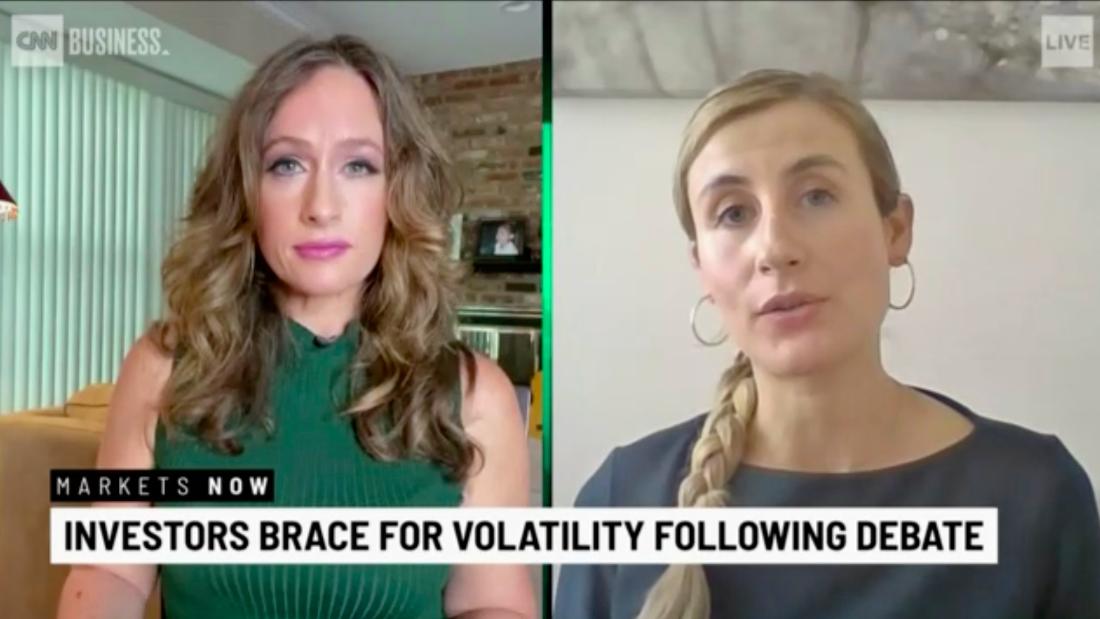 The election is approaching fast, with the presidential debates kicking off with a bang last night -- and investors are looking for clues about how to get through the end of the year.

Samantha Azzarello, global market strategist at JPMorgan Asset Management, suggested investors should focus on policy, not politics. Looking at it that way, she noted, there are actually some similarities between the candidates.

"We would say right now the Democrats and the Republicans are both hawkish on China," Azzarello said on the CNN Business digital live show Markets Now. "Also, there's some agreement on infrastructure spending."

The points of disagreement are tax, regulation and energy policy, she added.

The market isn't pricing in a blue wave as much any more as it has before, Azzarello said. A lot will come down to the House and Senate races as well, because that will decide how the next administration can execute its policies.

"If there's a contested election it will not be good for markets because there will be uncertainty," she added.

Well that got snarky...

On top of that, Wall Street appears staunchly in the Biden camp, hoping that a steadier path ahead can offset higher taxes and increased regulation.

Friday's jobs report will be the main data point of the week for the labor situation, but before that we'll get jobless claims data from the Labor Department tomorrow at 8:30 am ET.

Economists expect another 850,000 Americans filed first-time claims for unemployment benefits on a seasonally adjusted basis last week. That would only be 20,000 fewer claims than in the week before.

Continued claims, which count workers who have filed for benefits for at least two consecutive weeks, are expected at 12.2 million, down from 12.6 million in the prior week.

Once again, these expectations are showing us that experts think the recovery is running out of steam.

Less than an hour into the trading day, stocks are sharply higher, with the Dow up 375 points, or 1.4%.

So what pushed the market up so much after we started the day more muted?

For one, economic data has been looking good today, so that's helped. But perhaps more importantly, Treasury Secretary Steven Mnuchin shored up hopes for another stimulus deal, saying "we’re going to give it one more serious try to get this done" in an interview with CNBC.

This may have alleviated investors' worries from last night's debate, which didn't help instill faith that a deal would be reachable, according to JJ Kinahan, chief strategist at TD Ameritrade. 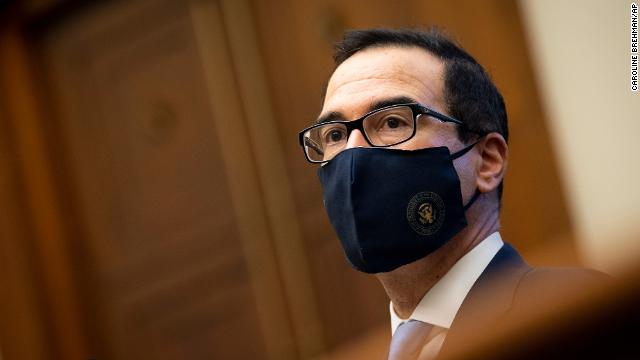 US stocks climbed amid rising optimism for further fiscal stimulus. Treasury Sec. Steve Mnuchin said he will speak with House Speaker Nancy Pelosi later Wednesday afternoon to deliver a response stimulus proposal he described as “very reasonable” and “very similar” to the previously-released proposal from the bipartisan Problem Solvers Caucus.

“We’re going to give it one more serious try to get this done and I think we’re hopeful that we can get something done,” Mnuchin said during an appearance at a CNBC investor conference on Wednesday morning.

He again listed PPP, money for schools, economic impact payments, back to work credits, retention credits, and more money for the airlines as areas of agreement, later adding that he’s been speaking with airline CEOs on a “constant basis” and will give them an update following his conversation with Pelosi.

Mnuchin described his relationship with Pelosi as “all business,” and said they are effective at communicating together. He expressed hope they would reach a package.

Wall Street opened in the green on Wednesday, as investors digested the prior night's first presidential debate.

Economic data was broadly positive this morning, with the ADP employment report coming in better than expected (and better than the month before) and the second quarter GDP catastrophe revised up to be slightly less terrible.