The regulatory restrictions stop trading, temporarily, in eight companies in the wake of Russia’s invasion of Ukraine.

The exchange also halted trading in Cyprus-based Nexters, a video game developer with a presence in Russia.

Nasdaq declined to comment on the trading halt, but the exchange referenced a rule designed to ensure that material information is “fairly and adequately disseminated to the investing public.”

A person familiar with the matter told CNN that Nasdaq is asking the companies whether they need to make material disclosures following the economic sanctions against Russia announced in recent days by the United States and other nations. Trading could resume once those concerns are satisfied, the source said.

An NYSE spokesperson declined to comment on regulatory matters.

However, a person familiar with the decision told CNN that trading was halted in all three Russian-related companies that trade on the NYSE to give the exchange’s regulatory team time to gather information about the impact of recent events, including the latest round of sanctions on Russia.

None of the companies hit by regulatory halts have been outright delisted.

The Nasdaq was up about 0.8% after falling nearly 1% at the opening bell. The entire market rebounded from earlier lows as well. The Dow was down just 120 points, or 0.3%, following a more than 400-point slide earlier. The S&P 500 was flat.

The strength in tech and small caps could be a sign that investors think the Russia-Ukraine conflict won't lead US consumers to change their spending habits all that much...even though rising oil prices and overall inflation remain concerns.

Citigroup is looking to pare back its business in Russia. But the banking giant still has a significant presence there...and that is hurting the company and its investors.

Shares of Citi (C) fell 4% Monday morning after the company disclosed in its annual report filing with the Securities and Exchange Commission that it had $5.4 billion "in Russia credit and other exposures" as of the end of 2021. That's down from $5.5 billion at the end of the third quarter but still up slightly from 2020 year-end levels.

Citi said in the filing that it has a total of $8.2 billion in third-party exposure to Russia when cash and placements with the Bank of Russia and other financial institutions and reverse repurchase agreements with various counterparties are also included.

Citi noted in the filing that it is "pursuing the exit" of its global consumer banking business in Russia but it still expects to have a presence in Russia through its institutional clients group for businesses.

But Citi acknowledged in the annual report how uncertain conditions are regarding Russia.

Citi’s ability to engage in activity with certain consumer and institutional businesses in Russia and Ukraine or involving certain Russian or Ukrainian businesses and customers is dependent in part upon whether such engagement is restricted under any current or expected U.S., EU and other countries or U.K. sanctions and laws," the bank said.

Citi added that "sanctions and export controls, as well as any actions by Russia, could adversely affect Citi’s business activities and customers in and from Russia and Ukraine" and that the bank "will mitigate its exposures and risks as appropriate."

Oil prices are likely to spike to $115 a barrel in the coming weeks and other major commodities like wheat, palladium and European natural gas will rise sharply in the aftermath of Russia’s invasion of Ukraine, Goldman Sachs said Sunday evening.

The Goldman Sachs call specifically cited new sanctions levied by the West on Russia in recent days aimed at punishing Moscow for the war.

“The hurdles that these sanctions will create for financial payments are likely to exacerbate the recent Russian commodity supply shock, already visible as Western and Chinese traders halting shipments,” Goldman Sachs economists wrote. “Barring a breakthrough in peace negotiations, we believe this leaves commodity prices having to rally sharply as we see demand destruction now the only significant remaining balancing mechanism.”

Oil prices have soared to seven-year highs in recent days due to concerns about a disruption in supply from Russia, the world’s No. 2 producer of oil.

Goldman Sachs is now raising its one-month Brent price forecast to $115 a barrel, compared with $95 previously. Brent crude, the world benchmark, spiked to nearly $106 a barrel last week before cooling off a bit. In recent trading on Monday, Brent was up 2.7% to $100.59 a barrel.

The stock market in Moscow is closed Monday, but US-listed Russian companies and Russian exchange-traded funds are plunging.

The declines come after the United States and Europe imposed even tougher sanctions on Russia following its invasion of Ukraine.

Russian energy companies Gazprom (OGZPY) and Lukoil (LUKOY) and top financial firm Sberbank (SBRCY) are among the top holdings in all three funds. The US-listed shares of the two oil stocks each were down more than 40% Monday while Sberbank fell a staggering 70%.

US stocks were broadly lower Monday morning. Wall Street is worried about the impact of more economic sanctions against Russia following its invasion of Ukraine, and the fact that Russia has put nuclear weapons forces and other deterrents on high alert.

Defense stocks were among the few standouts, rallying after Germany announced plans to increase its military spending. 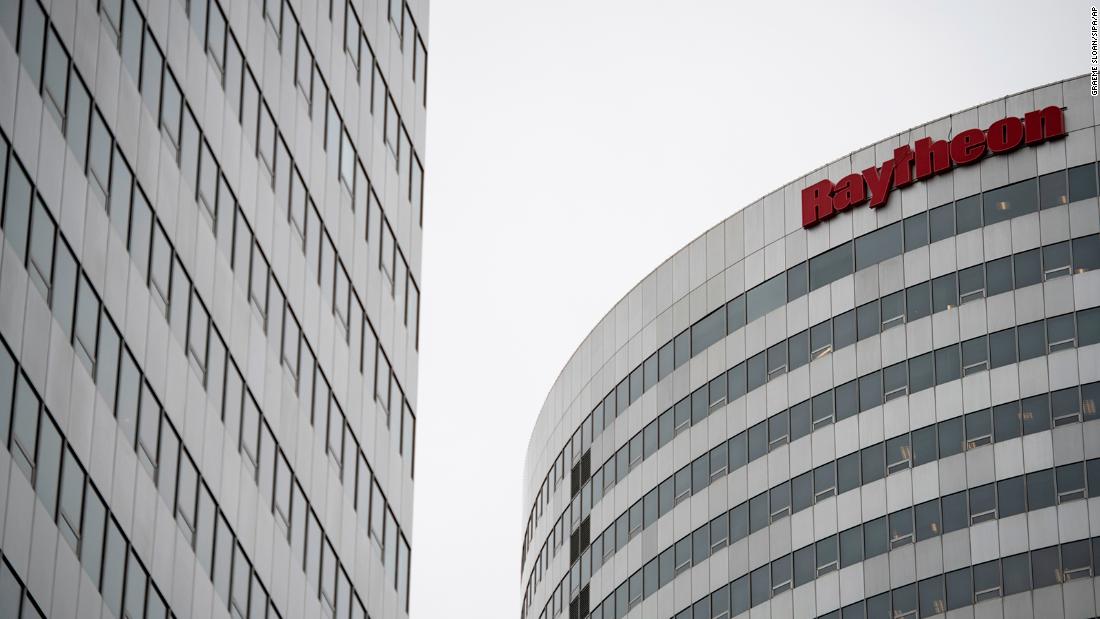 Stocks are set to fall at the opening bell Monday as investors grapple with what the latest headlines about Russia and Ukraine mean for the global economy. But defense stocks look ready to rally.

Worries about Russian president Vladimir Putin's decision over the weekend to put deterrence forces, which include Russia's stockpile of nuclear weapons, on high alert have investors betting on nations around the world ramping up military spending. Germany announced plans over the weekend to allocate 100 billion euros to a special fund for more defense spending.

Shares of defense contractors Northrop Grumman (NOC), Raytheon (RTX), General Dynamics (GD) and Lockheed Martin (LMT) were all up between 3% and 6% in premarket trading Monday. That will likely make them among the best market performers.

These and other defense stocks and defense sector exchange-traded funds surged Thursday following Russia's invasion of Ukraine and they rallied again Friday.

President Vladimir Putin was due to a hold crisis talks with his top economic advisers after the ruble crashed to a record low against the US dollar, the central bank more than doubled interest rates, and the Moscow stock exchange was shuttered for the day.

The European subsidiary of Russia's biggest bank was on the brink of collapse as savers rushed to withdraw their deposits. And economists warned that the Russian economy could shrink by 5%.

The collapse in the currency prompted the Russian central back to implement emergency measures on Monday, including a huge hike in interest rates to 20% from 9.5%.

Asian markets ended the day on a mixed note. Hong Kong's Hang Seng lost as much as 1.6%, before closing down 0.2%. Japan's Nikkei 225 and Korea's Kospi erased earlier losses and were up 0.2% and 0.8%, respectively. China's Shanghai Composite was up 0.3%.

Global markets had been turbulent last week after Russian President Vladimir Putin launched an invasion of Ukraine, and the pain has spread beyond stocks.

The Russian ruble plummeted as much as 40% Monday against the US dollar, after Western countries announced new sanctions against Russia, including expelling certain Russian banks from SWIFT, the high-security network that connects thousands of financial institutions around the world.