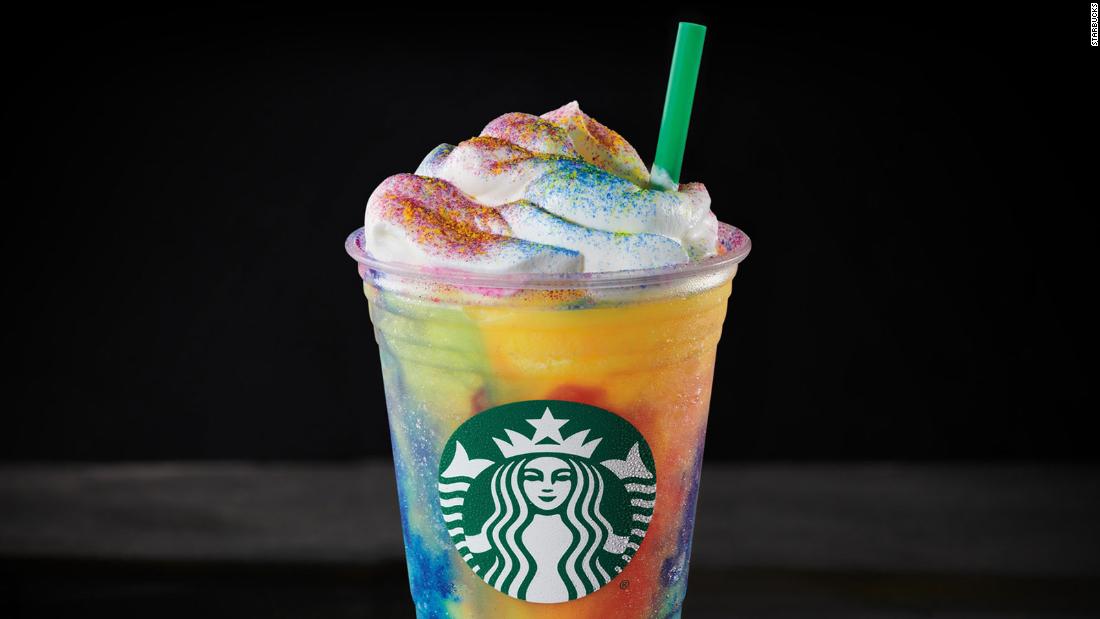 Starbucks (SBUX) will hold a virtual annual meeting on March 18 as the state of Washington battles a coronavirus outbreak.

Starbucks had been planning on holding the annual meeting in Seattle. It has set up a website where shareholders can register to participate in the meeting.

The Federal Reserve's decision to cut interest rates by half a percentage point outside of a scheduled meeting -- the first time it's made such a move since the 2008 financial crisis --was aimed at easing financial conditions and restoring confidence as the coronavirus outbreak spreads globally. Investors weren't impressed.

The S&P 500 closed down 2.8%, while the Dow shed 786 points, or 2.9%. The yield on benchmark 10-year US Treasury notes fell below 1% for the first time in history as investors rushed into safe haven assets. Those are big slides on a day that was meant to be about reassurance.

What happened: Traders saw the move and wondered if the Fed knew something that everyone else didn't. Instead of assuaging fears about how the virus would hit economic growth, it amplified them.

"Confidence matters in volatile times. It would have been better for the Fed to cut by 25 [basis points] and let markets hope for more," Holger Schmieding, chief economist at Berenberg Bank, told clients on Wednesday. 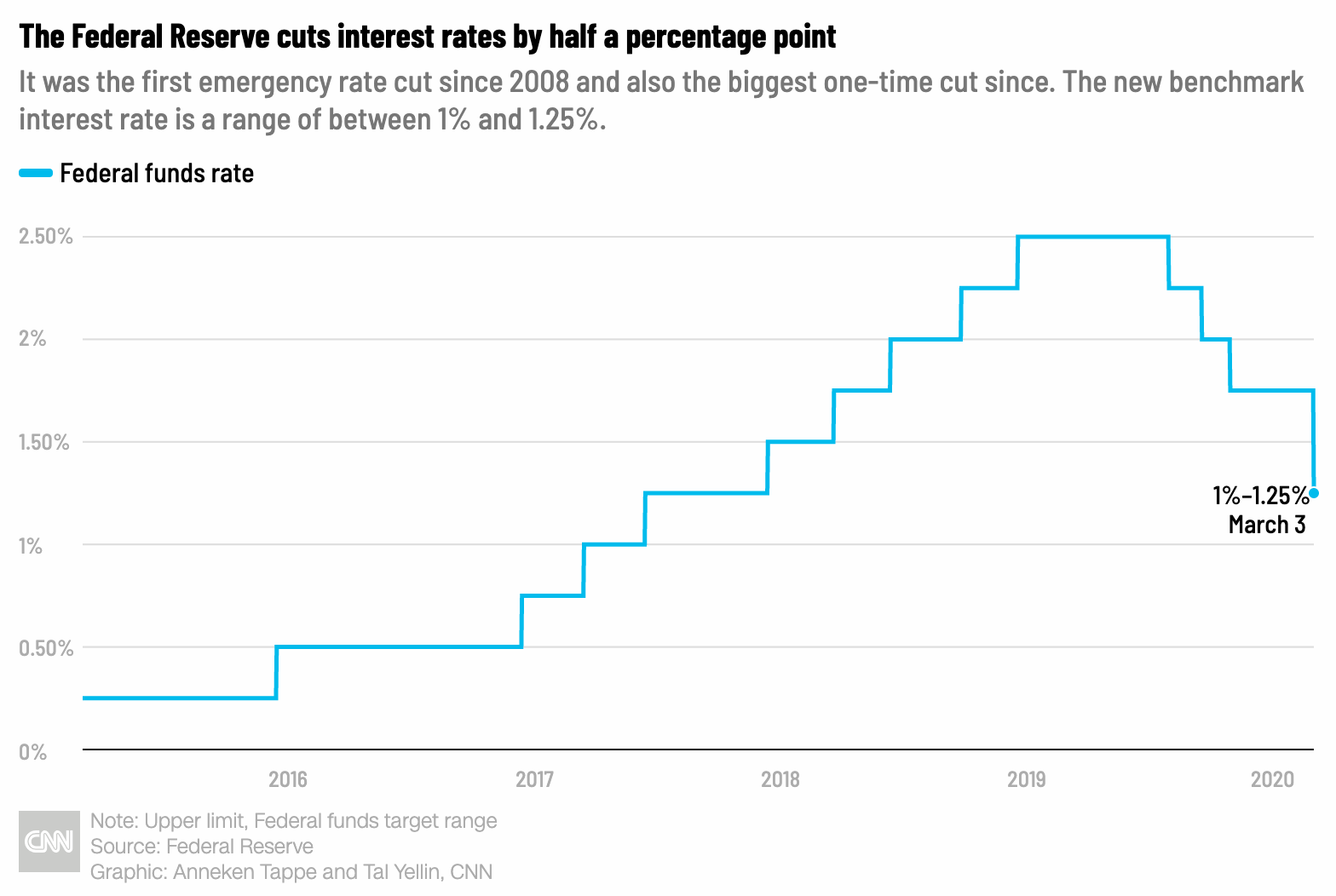 Some observers are also concerned that the Fed is prematurely running down its already depleted arsenal. The central bank could still cut interest rates four times, assuming each cut is a more standard 25 basis points, before reaching zero. But it has far less powder than investors would generally like to see in uncertain times.

Other central banks are in even worse positions. The European Central Bank and the Bank of Japan, for example, have already pushed their benchmark interest rates into negative territory.

Central banks can still help: Satyam Panday, senior US economist at S&P Global Ratings, points out that while interest rate cuts don't directly address some of the problems caused by the coronavirus, such as snarled supply chains, they could still prove useful.

The cuts could "offset some of the tightening that has occurred in financial markets" and keep credit flowing, while helping to speed up an economic recovery in the second half of the year, he said.

Yet in the near term, investors aren't satisfied, with markets now clamoring for the Fed to cut rates again at its scheduled meeting later this month.

"The Fed seems committed to frontloading cuts, acting aggressively and forcefully," Michelle Meyer, Bank of America's chief US economist, told clients Tuesday. "The market is also pressuring the Fed by pricing in over a 70% probability of a March cut; the Fed won't fight it." 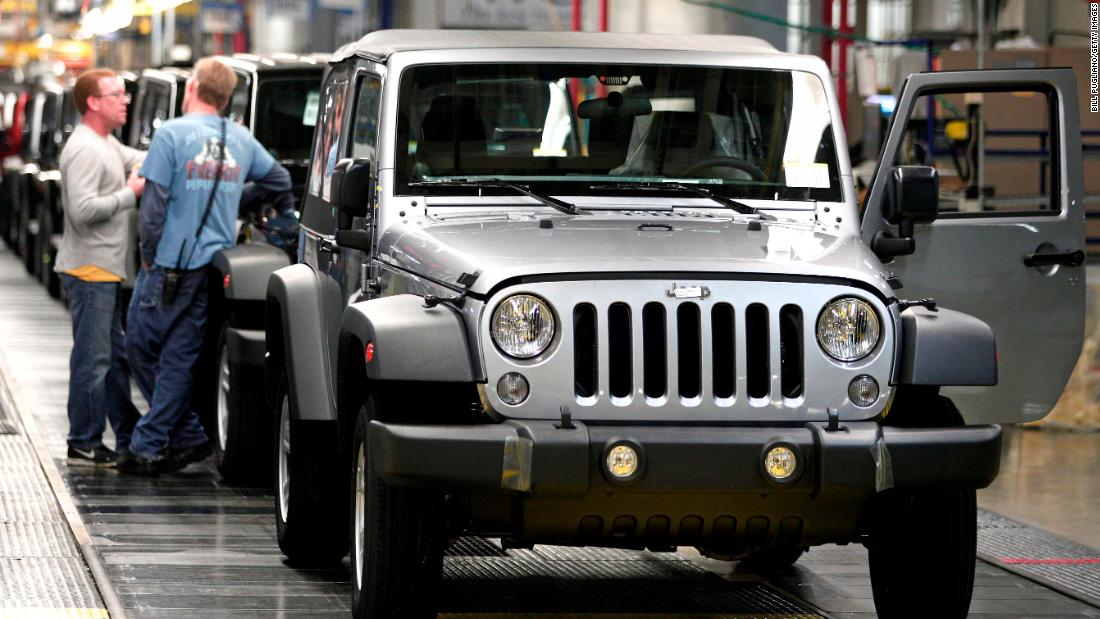 Private payrolls grew by 183,000 jobs in February, according to the ADP employment report. Even though that's slightly below January's figure, it beat economists' consensus expectations of 170,000.

Investors watch the ADP report closely: It is considered a predictor for the subsequent jobs report, although its track record isn't exactly stellar. The lower-than-expected private payrolls number sets the stage for a dropoff in job growth in the Bureau of Labor Statistics' report, which is due Friday at 8:30 am ET.

The US economy is expected to have added 175,000 jobs in February, less than in January. 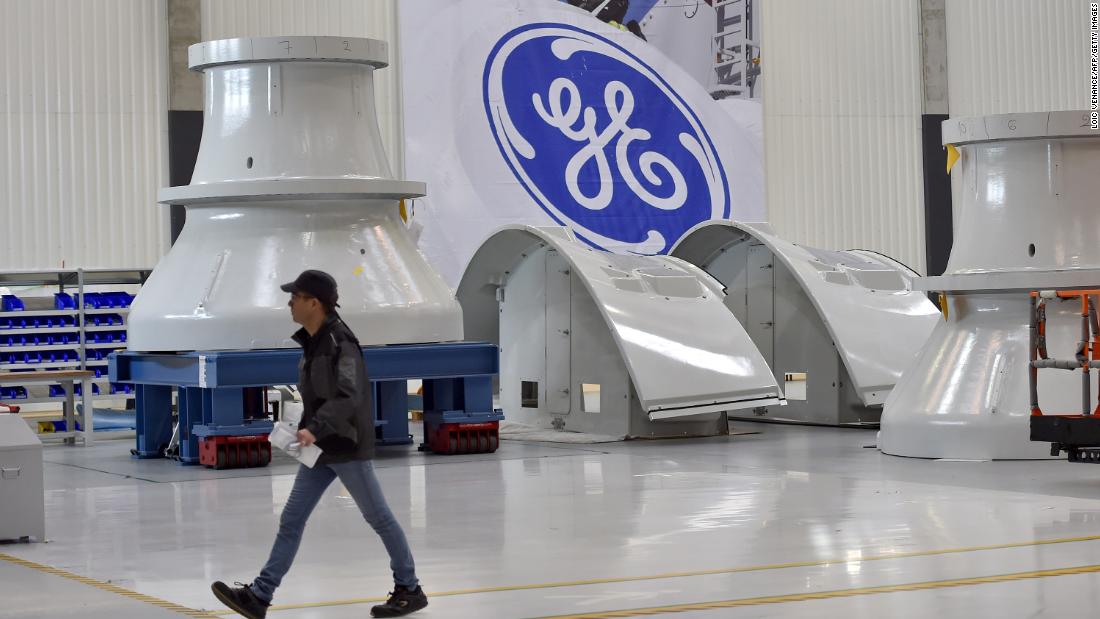 General Electric (GE) said the coronavirus outbreak will slash its first-quarter cash flow between $300 million to $500 million. However, the company reaffirmed its full-year guidance.

Steeped in debt, GE has been in trouble the past few years. So much so, that it announced in 2018 it was slashing its famed dividend to just a penny a share.

Separately, GE said it was adding former US Secretary of Defense Ash Carter to its board. 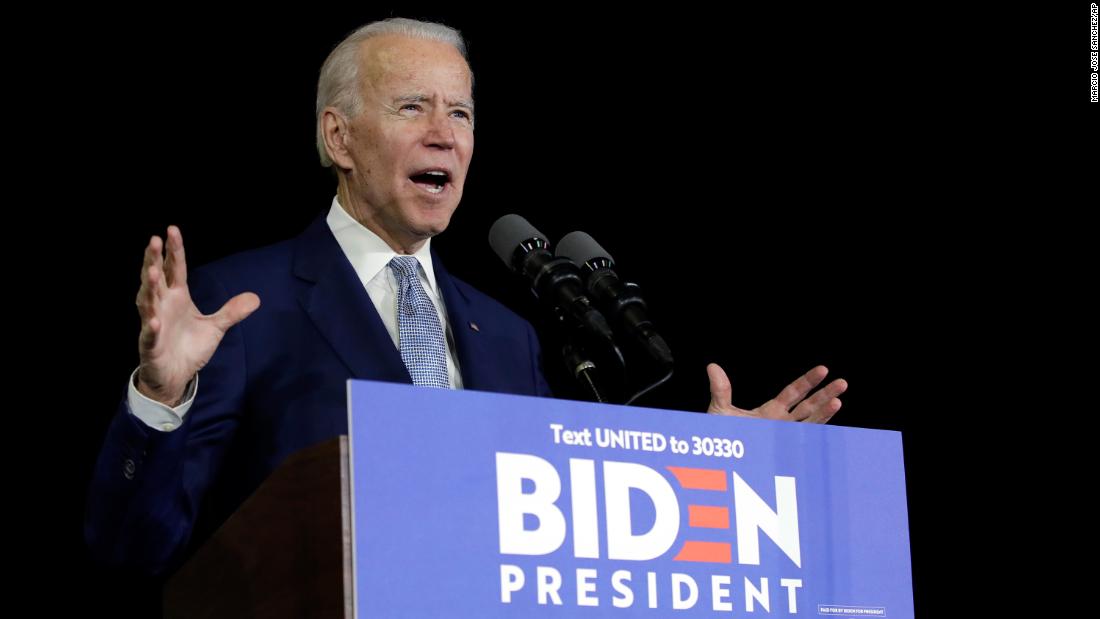 Joe Biden's wins on Super Tuesday have investors in a good mood. But health care stocks are enjoying a particularly, uhh, healthy surge.

Shares of giant insurer (and Dow component) UnitedHealth (UNH) soared 9% in early trading Wednesday. Walgreens (WBA), which is also in the Dow, was up more than 3%. CVS (CVS), the drug store behemoth that also owns UnitedHealth rival Aetna, gained 4%.

The reason is pretty obvious. The possibility of a Biden candidacy is less worrisome to health care investors than Bernie Sanders taking on Donald Trump in the race for the White House. While Sanders is proposing a Medicare for All program, Biden is touting what is essentially a reworked Obamacare, an Affordable Care Act.

Even though President Trump has tried to dismantle much of the ACA, with limited success, the status quo in health care would be far less disruptive to the businesses of major insurers and drug makers.

With that in mind, three Big Pharma stocks in the Dow -- Pfizer (PFE), Merck (MRK) and Johnson & Johnson (JNJ) were also enjoying solid gains. The list goes on. Insurers Anthem (ANTM) and Cigna (CI) were skyrocketing. So were shares of hospital owner HCA (HCA). The S&P Health Care Select Sector SPDR (XLV), an ETF that owns all these stocks, was up big too.

Dow (INDU) futures were last up nearly 700 points, or 2.6%, after the former US vice president was projected to win many as nine states including Texas, Virginia and Minnesota.

Sanders, meanwhile, captured Utah, Vermont and Colorado. He was also leading in California. 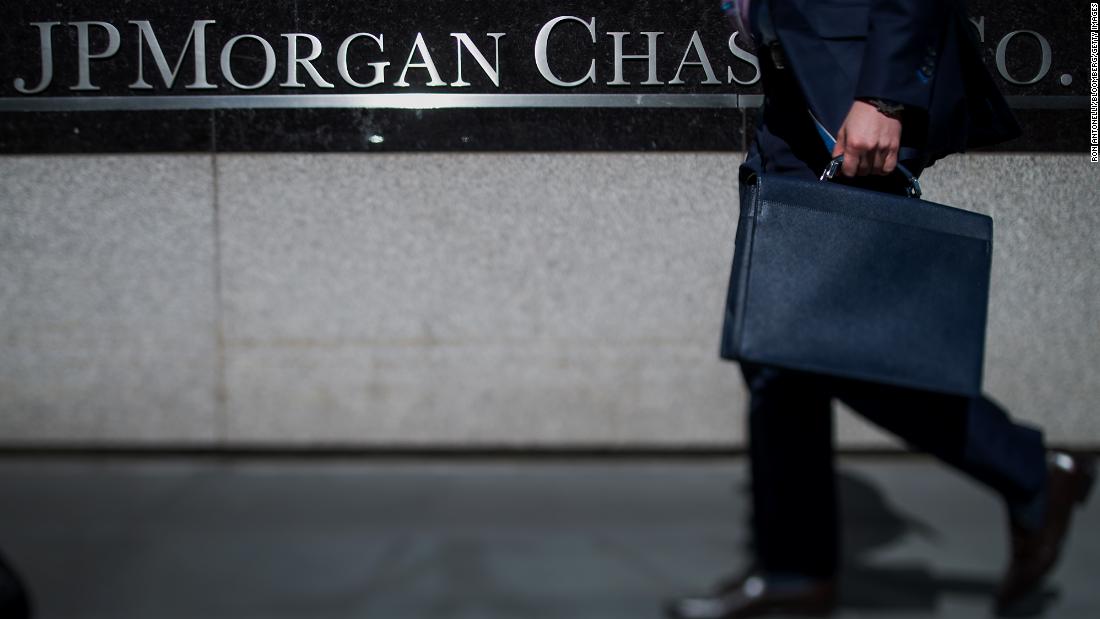 JPMorgan Chase (JPM) is bracing for the coronavirus outbreak by asking thousands of its employees to work from home for a day to test contingency plans, a person familiar with the matter told CNN Business.

The move shows how seriously the largest bank in the United States is taking the risks posed to its operations by the fast-moving health crisis.

Contingency planning at JPMorgan's consumer bank, code-named "Project Kennedy," included asking 10% of the staff to work from home for a day to test their remote access capabilities, the person told CNN Business. 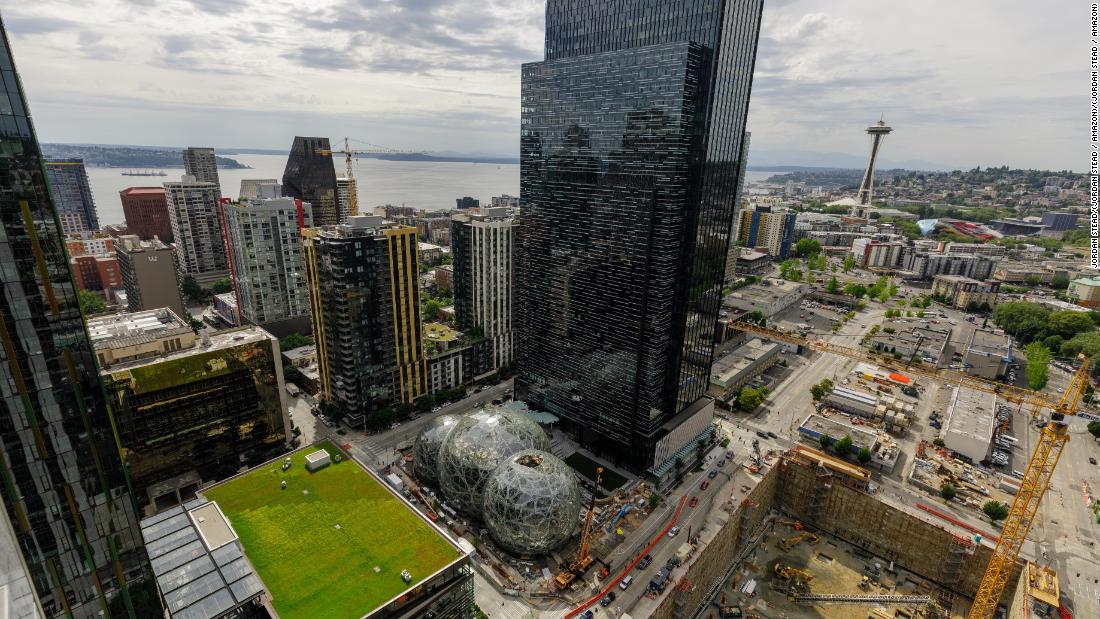 Amazon (AMZN) is informing employees that one of its Seattle-based workers has been diagnosed with COVID-19.

According to a mass email for all staff members in Seattle and Bellevue, Washington, the employee infected with the novel coronavirus first became ill on February 25 and has not been back to work since that time.

The company says it has directly notified all coworkers who had been in close contact with the patient. The worker was based at the downtown office building the company refers to as Amazon Brazil, according to the email.

An Amazon spokesperson confirms the authenticity of the email to CNN, adding “We’re supporting the affected employee.”