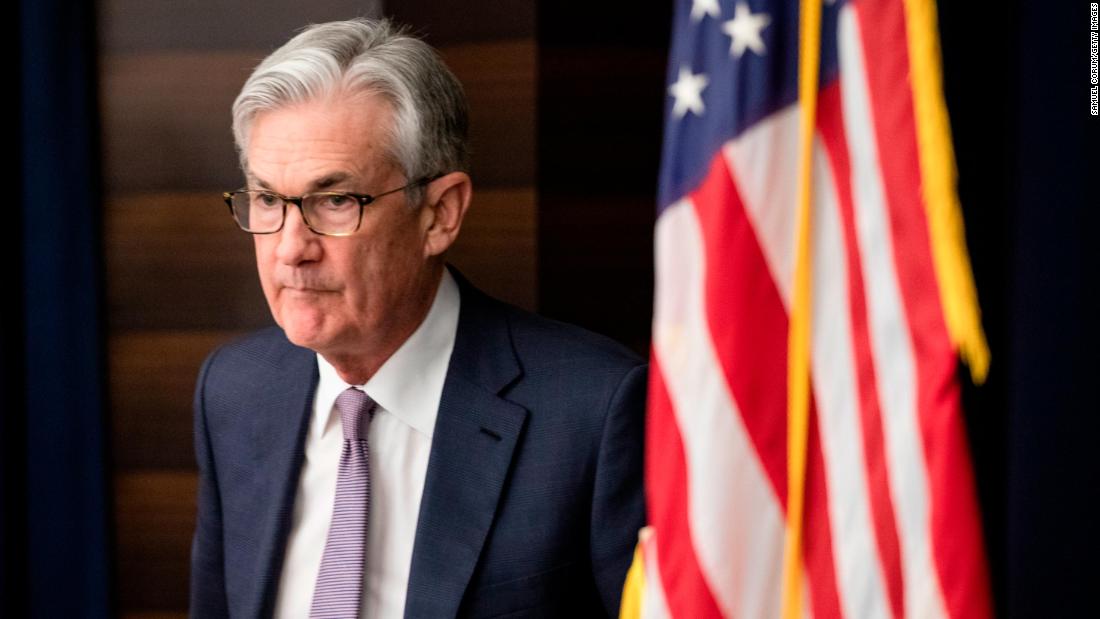 Just an hour into Tuesday's trading day, the NY Fed announced it will pump up to $500 billion into the financial system later this afternoon through an unscheduled overnight repurchase (repo) operation.

The move comes on top of the NY Fed's previously announced repo operations, including one already completed early Tuesday morning, after Monday's precipitous slide in stocks including Dow's worst day since 1987.

The cash injections are aimed at calming panicky markets and responding to a surge in demand for the US dollar, the world's safe haven currency.

"This action is taken to ensure that the supply of reserves remains ample and to support the smooth functioning of short-term U.S. dollar funding markets," the Fed's statement said.

On Sunday the Fed slashed interest rates to zero and relaunched its 2008 crisis-era bond-buying program.

But the US central bank is likely not nearly done.

Analysts say the Fed may need to provide lending to industries threatened by the coronavirus outbreak, such as airlines. 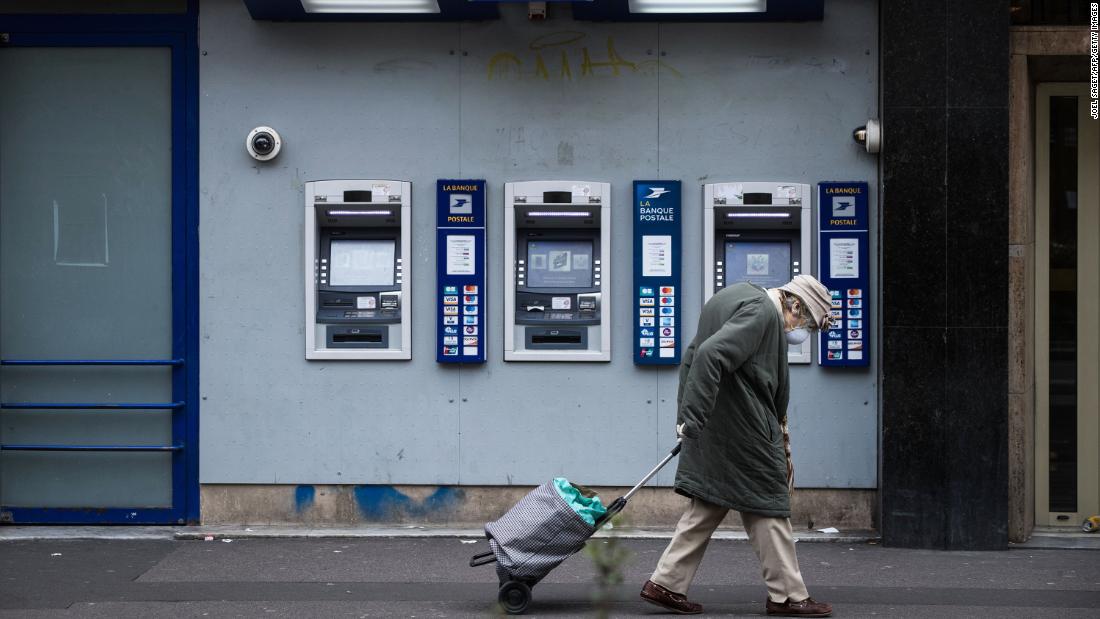 The coronavirus outbreak has plunged the world's economy into a global recession, according to S&P Global.

The credit-rating agency, which determines the credit worthiness of governments and companies around the world, said Tuesday that the virus has severely disrupted economic activity -- far more drastically than previous estimates. It said the damage to economic activity is about to get worse in United States and Europe.

The initial data from China suggests that its economy was hit far harder than projected, though a tentative stabilization has begun," said S&P Global's Chief Economist Paul Gruenwald. "Europe and the United States are following a similar path, as increasing restrictions on person-to-person contacts presage a demand collapse that will take activity sharply lower in the second quarter before a recovery begins later in the year." 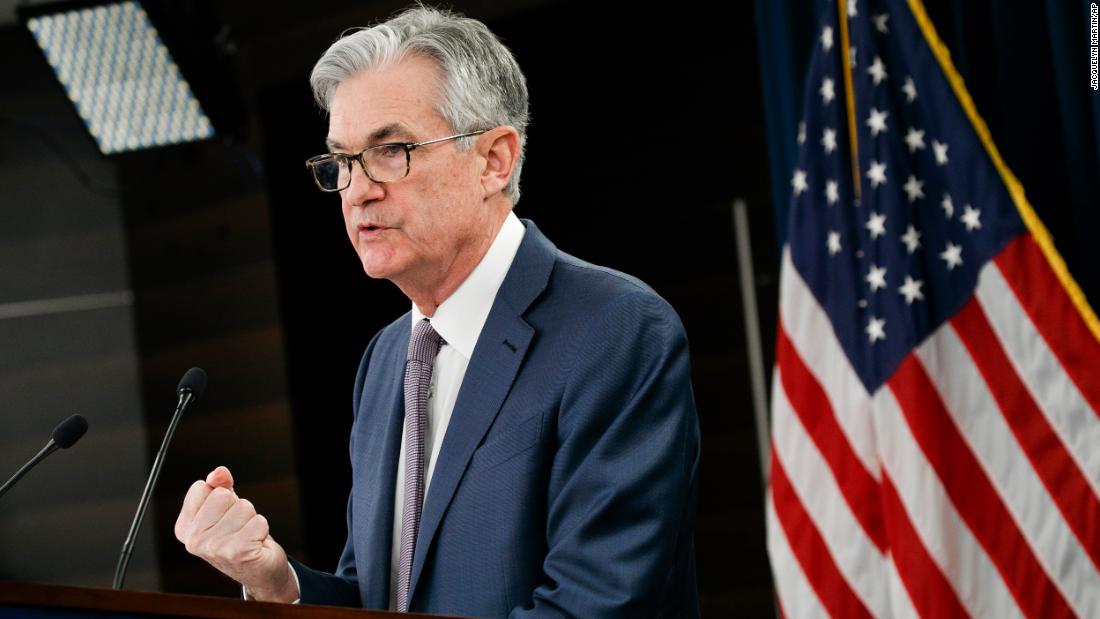 The biggest difference between the current coronavirus crisis and the credit crunch of 2008? Banks are in much better financial shape.

That's why the Federal Reserve and two other government regulators -- the Federal Deposit Insurance Corporation and the Office of the Comptroller of the Currency -- want banks to put that money to use to help struggling consumers and small businesses.

The Fed, FDIC and OCC put out a joint statement Tuesday encouraging banks to lend more. The three agencies pointed out that in the wake of the Great Recession, "capital and liquidity buffers were designed to provide banking organizations with the means to support the economy in adverse situations."

Banks have already responded to the call for more liquidity. Several of the largest financial institutions have announced in recent days that they will halt stock buyback programs to preserve capital. 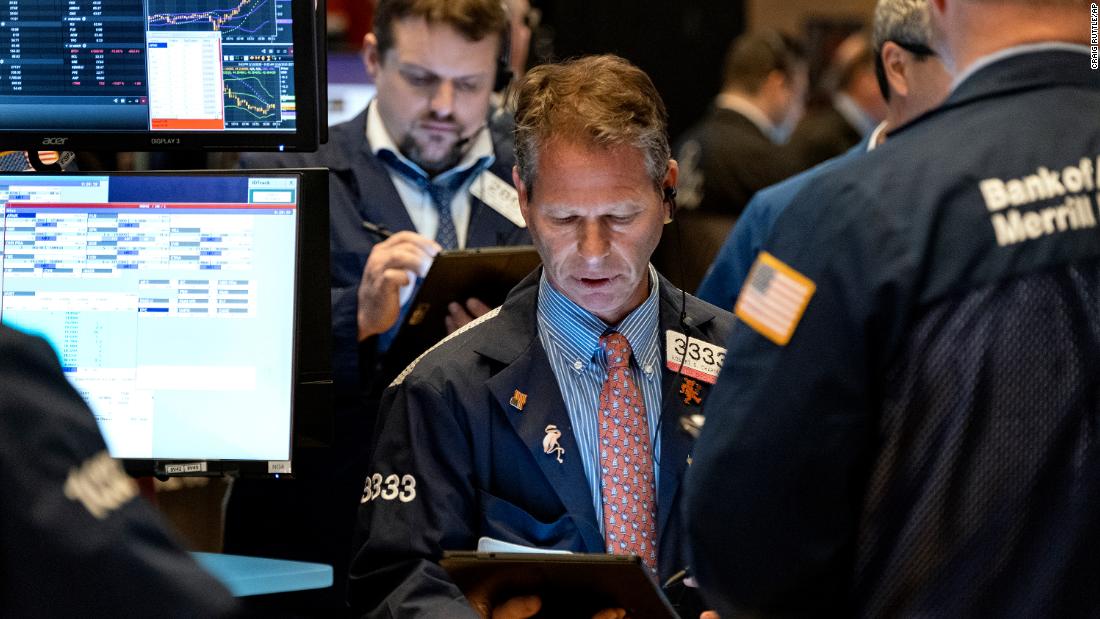 We just can't have nice things.

Trading is choppy this morning, with stocks struggling to rebound from yesterday's steep losses.

Less than half an hour into the session, all three major indexes are currently in the red after initially opening higher. The indexes have all gone back and forth already, giving investors whiplash.

The Dow was the first to go lower, even falling below 20,000 points. The index hasn't closed below that level since early 2017.

Both the S&P 500 and the Dow are moving closer to a point at which they would erase all their gains accumulated during the Trump administration.

Less than 15 minutes into the trading day, the Dow briefly fell into negative territory, dropping 0.6%, or 120 points.

The index then recovered quickly, just to drop back into the red minutes later. The message is clear: It's looking to be a volatile day.

The Dow opened in the green, attempting to rebound from its worst day since "Black Monday" in 1987.

Both the S&P 500 and the Nasdaq Composite are both squarely in the green. 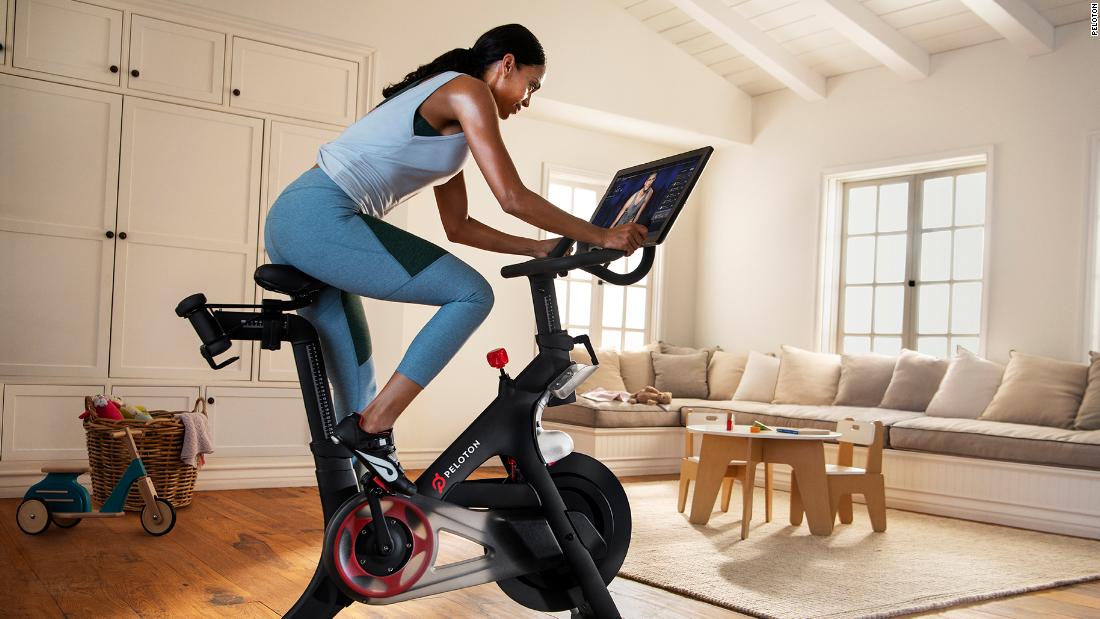 Peloton (PTON) is looking to capitalize on people who are stuck at home and need an outlet to let out steam (or sweat).

The fitness startup is offering a 90-day free trial to its app that contains in-home workouts besides its bike, including running, yoga and weight lifting. The service usually costs $12.99 per month.

Peloton's previous trial offer was for 30 days. It said the extension is meant to help people "focus on their physical, mental and emotional wellbeing during a time when everyone needs it most."

The company previously shuttered its stores because of the coronavirus pandemic, but is still offering live workouts. 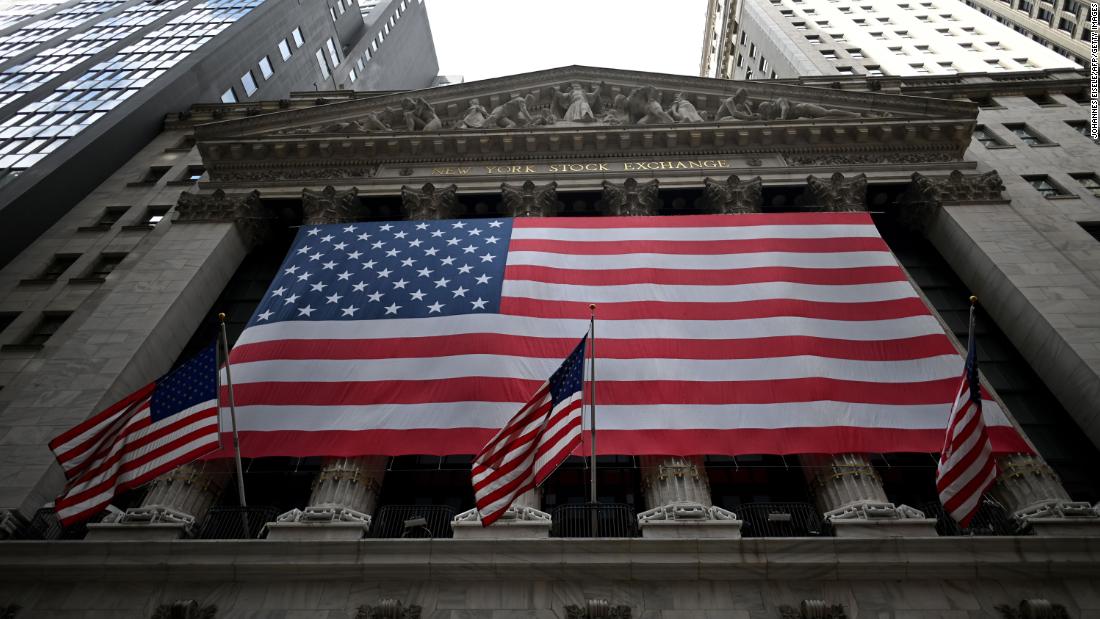 US stocks opened higher on Tuesday, attempting to bounce back from their dramatic losses from the prior session. The Dow recorded its worst day since “Black Monday” in 1987, as well as its worst point drop in history.

Investors take comfort in new stimulus plans out of Washington, which are expected later in the day. 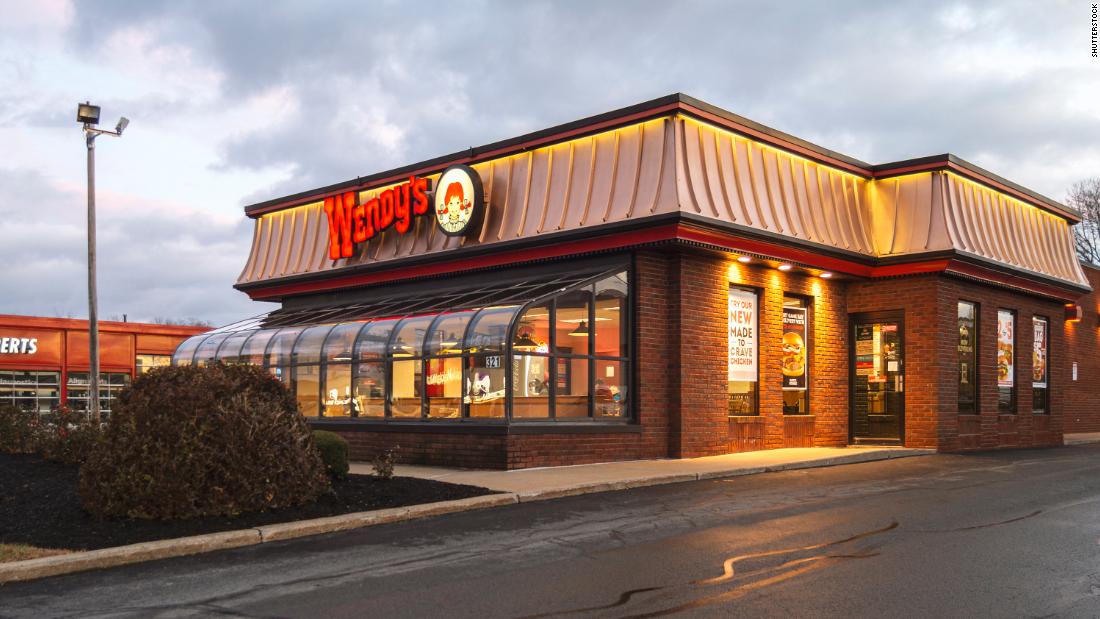 Wendy's (WEN) is closing dining rooms in its corporate-owned restaurants and is encouraging its franchisees to do the same.

Beginning immediately, Wendy's is limiting some of its restaurants to offer takeout, delivery or drive-thru services only. The company fully owns 357 of its nearly 6,000 stores in the United States.

"COVID-19 is impacting communities in different ways, but the guidance from public health experts has been clear that social distancing is an important and necessary step to take to help minimize spread of the virus," CEO Todd Penegor said in a post.

Wendy's is following Starbucks, McDonald's and Dunkin', which have implemented similar policies for its customers as the coronavirus pandemic continues. 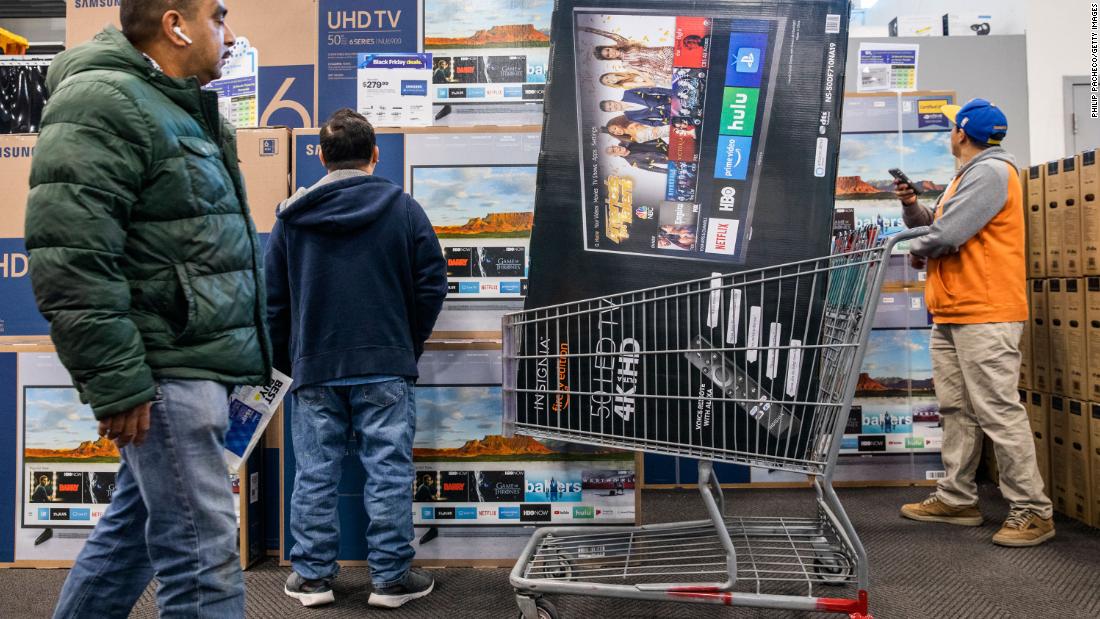 US retail sales fell in February, undercutting economists' estimates for a slight increase.

Overall sales dropped 0.5%, while sales excluding volatile items like food and energy fell 0.4%. It was the worst contraction since December 2018.

Investors worry that retail sales will drop off further this month as self-isolation takes hold in major cities across the country.