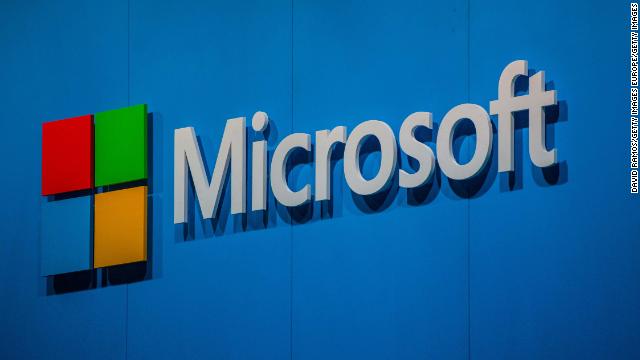 Microsoft (MSFT) shares were up nearly 5% in premarket trading at $131.15, forecasting a valuation above the psychologically-important $1 trillion mark at the market open.

The tech company was boosted by Wednesday's first quarter earnings report. Microsoft reported a 41% jump in revenues for its commercial cloud business.

Apple (AAPL) is the only US company that has reached the $1 trillion market capitalization valuation so far, zooming past the mark last year. On Wednesday, Apple's market cap stood at round $977 billion at the close. With the company's earnings due on Friday, it could rally to top the key level again.

Amazon (AMZN) is in a similar boat, with its market cap standing at $936 billion at Wednesday's close. Amazon is reporting later in the day and could take course on the $1 trillion valuation. 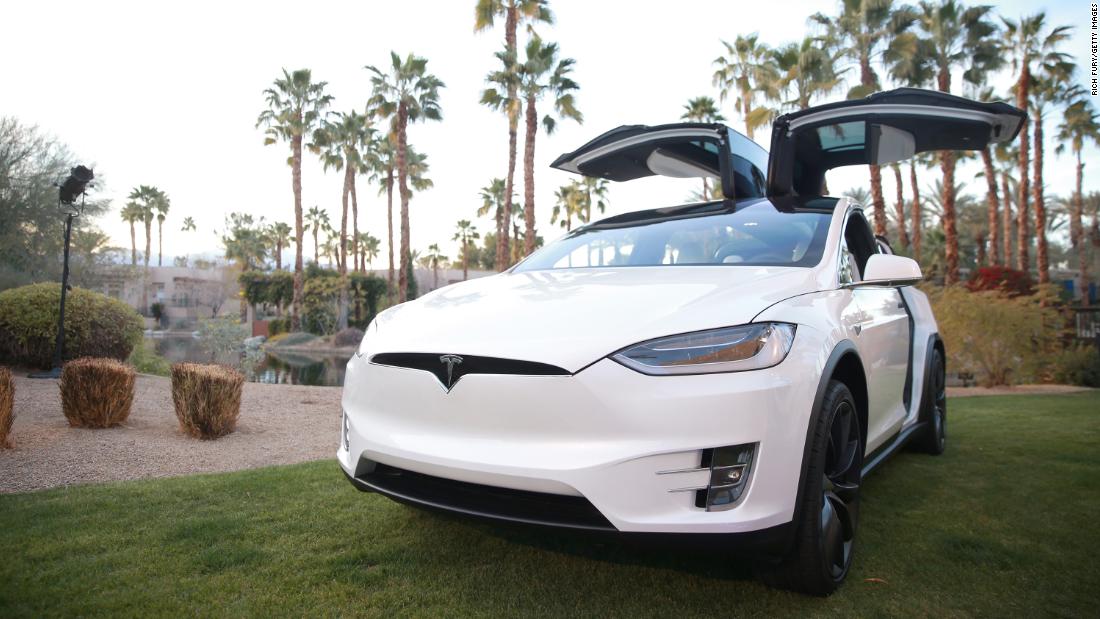 This won't make Tesla (TSLA) executives feel any better a day after it's horrid earnings report.

Daniel Ives, a once-bullish Tesla analyst at Wedbush Securities, is expressing reservations about the company:

In our 20 years of covering tech stocks on the Street we view this quarter as one of top debacles we have ever seen while Musk & Co. in an episode out of the Twilight Zone act as if demand and profitability will magically return to the Tesla story," he wrote in a new note.

Ives said he's throwing in the "white towel on the name" and is downgrading the stock to a neutral from outperform and slashed his price target on the stock.

He expressed a loss of "confidence in the story with no pilot on the plane to navigate through this severe demand turbulence."

Tesla's shares are down more than 1% in premarket trading. 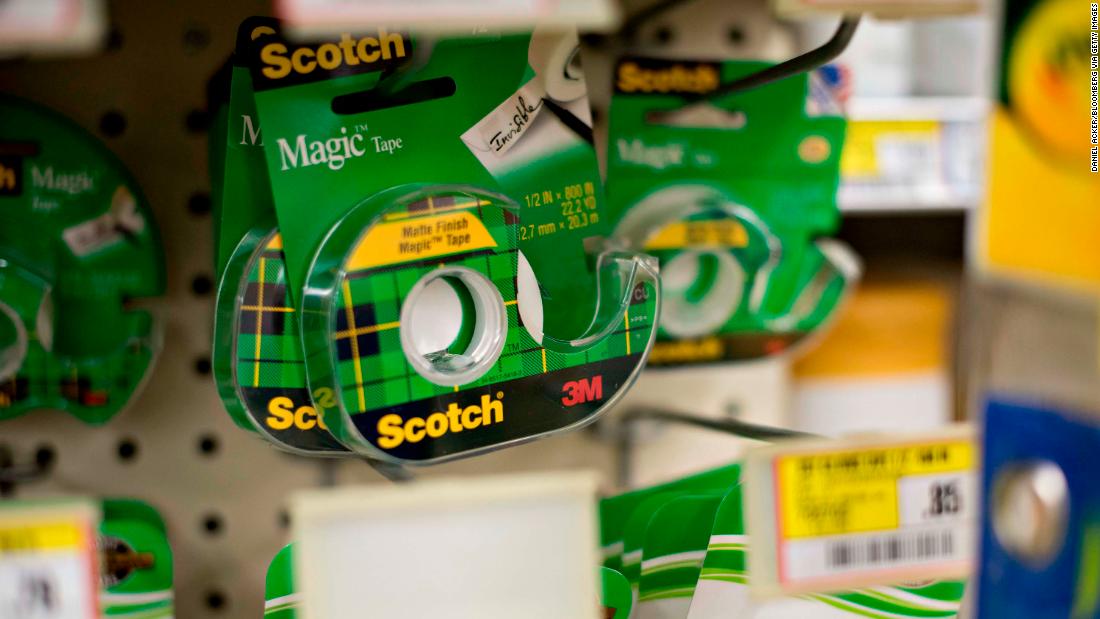 3M's (MMM), which makes Post-It notes and Scotch tape, had a "disappointing start to the year," according to its CEO. 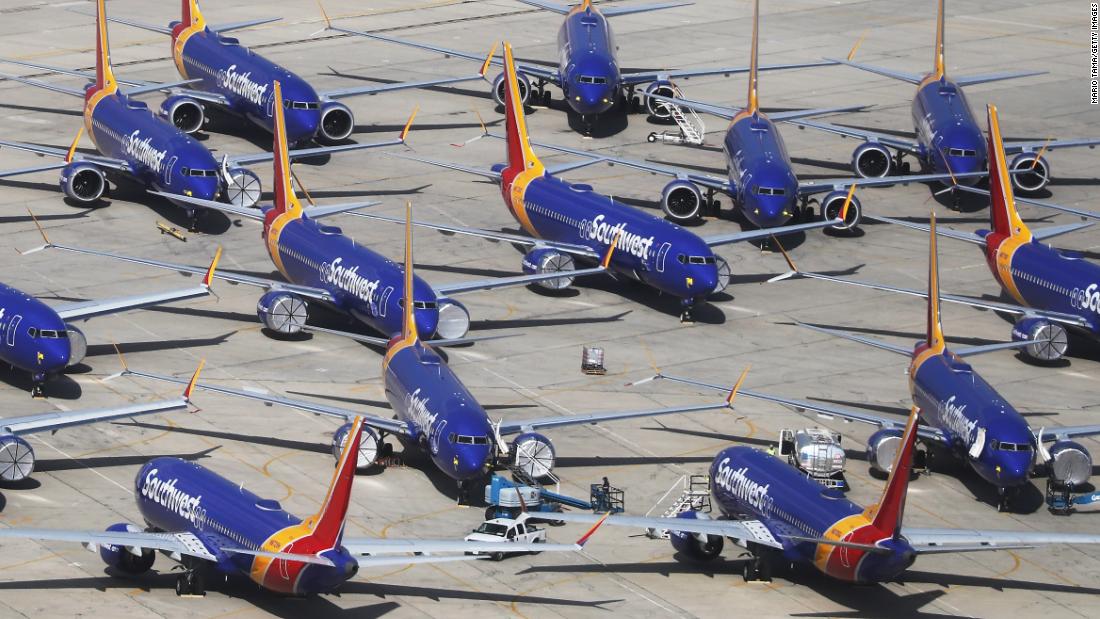 Southwest (LUV) revealed that the government shutdown, the grounding of its Boeing 737 Max fleet and other "several unexpected events" cost the airline $200 million in the first quarter.

Earlier this month, Southwest said that it was extending changes to its flight schedule to account for the grounded aircraft's absence through much of the busy summer travel season.

Southwest's stock is up 3% in premarket trading. 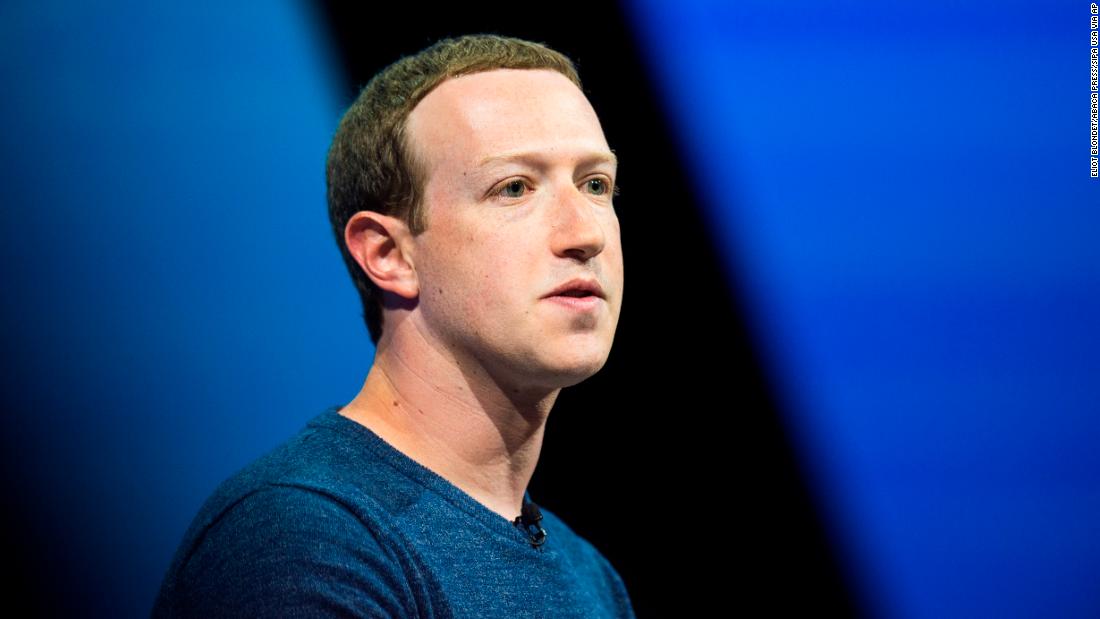 Facebook (FB) expects an investigation by the US Federal Trade Commission could result in fines of up to $5 billion.

The company on Wednesday set aside $3 billion in legal expenses related to the investigation, which cut into its profit for the first three months of 2019.

But that hasn't dented the stock's momentum: It's up nearly 9% in premarket trading.

Facebook's profit for the quarter was $2.4 billion, a decrease of 51% from the same period a year ago.

Its ad sales business continues to power along: Revenue for the quarter topped $15 billion, a 26% increase from a year earlier. 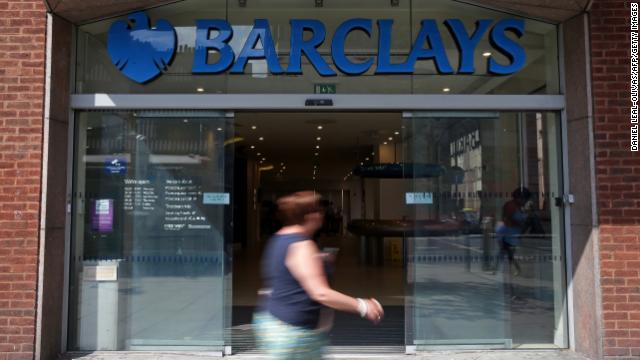 Shares in UBS (UBS) gained 1.5% in Switzerland despite a 27% decline in profit last quarter. CEO Sergio Ermotti maintains that the bank will post stronger results in the second half of the year.

Royal Bank of Scotland (RBS) announced that Ross McEwan has resigned as CEO. The bank returned to profit under his tenure, which started in 2013. 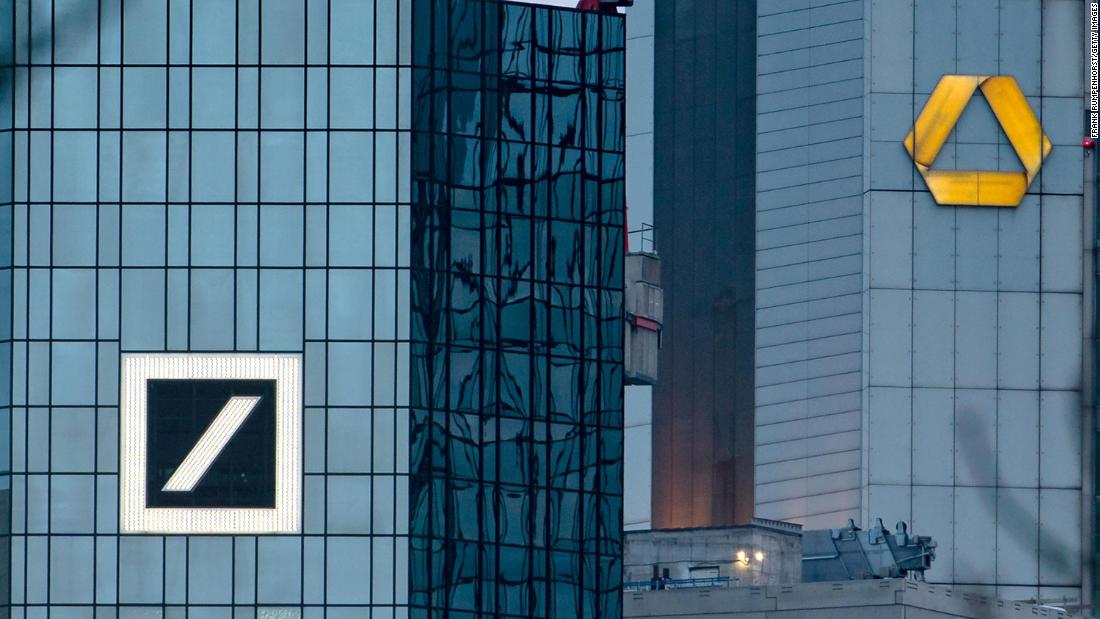 Deutsche Bank (DB) and Commerzbank (CRZBF) announced Thursday that they would abandon merger discussions that started six weeks ago.

The banks said in statements that execution risks, restructuring costs and capital requirements from a deal would have outweighed the benefits.

A merger would have created a German national champion better able to compete with larger US rivals. 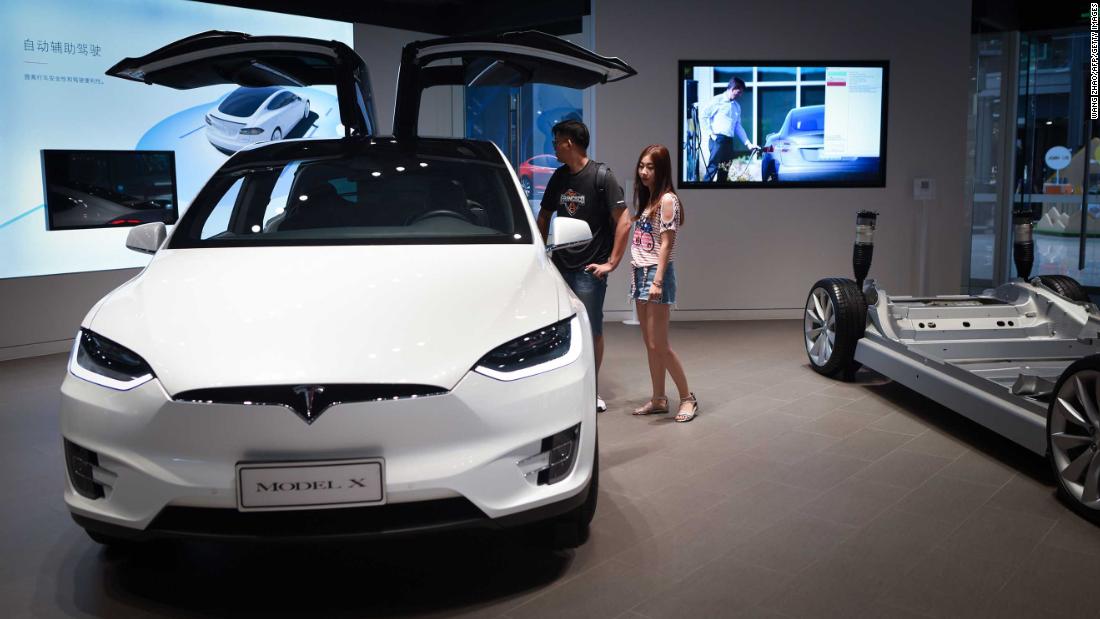 Tesla (TSLA) lost $702 million in the first three months of the year, it reported Wednesday.

Its revenue was down 37% compared to the prior quarter.

Wall Street was already bracing for a bad quarter — but the results were far worse than expected. The company had posted back-to-back profits in the previous two quarters.

The disappointing performance was caused by factors including changes to US tax credits for Tesla cars and increased competition from rivals.

"None of these issues are going away. This is the new normal for Tesla," said Karl Brauer, executive publisher at Kelley Blue Book and Autotrader. 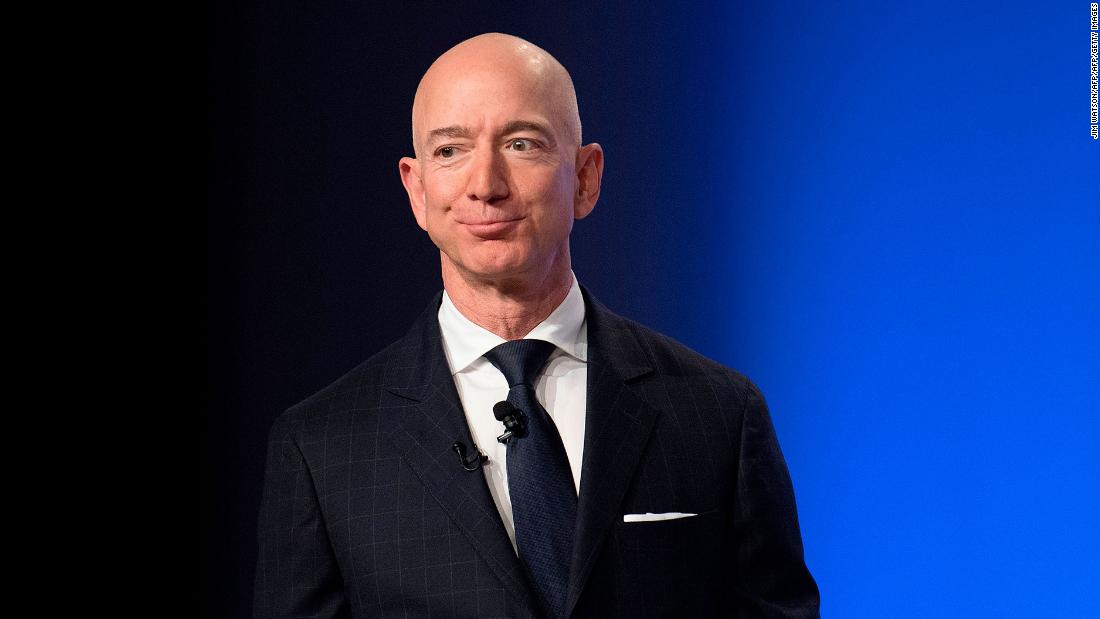 The e-commerce giant could add to its momentum when it reports earnings after the closing bell today.

Analysts expect Amazon (AMZN) to report sales of nearly $60 billion for the first three months of 2019, a 17% improvement over the same period last year.

There could be increased focus on Amazon Prime video too, given Disney's (DIS) venture into the streaming realm as well as Apple's (AAPL) new streaming service.