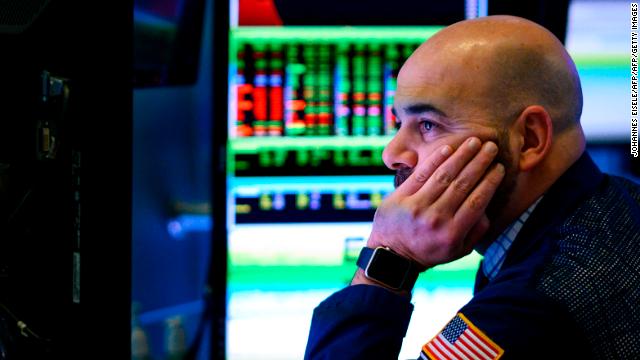 US stocks closed higher on Wednesday, reversing the prior day’s losses.

After opening in negative territory, stocks turned positive around midday.

Dow Inc (DOW) and Pfizer (PFE) were the strongest performers in the Dow. In the S&P, all sectors besides utilities were in the green.

Meanwhile, bond yields continued to slide and the 30-year Treasury yield slipped to a record low. The bond last yielded 1.943%. The 10-year yield stood at 1.469%.

The Dow is boasting a 250 point gain with only an hour left in the trading day.

Although the three benchmarks are reversing Tuesday's losses, they are looking to finish the month in the red. That would make August the second negative month of the year after May. 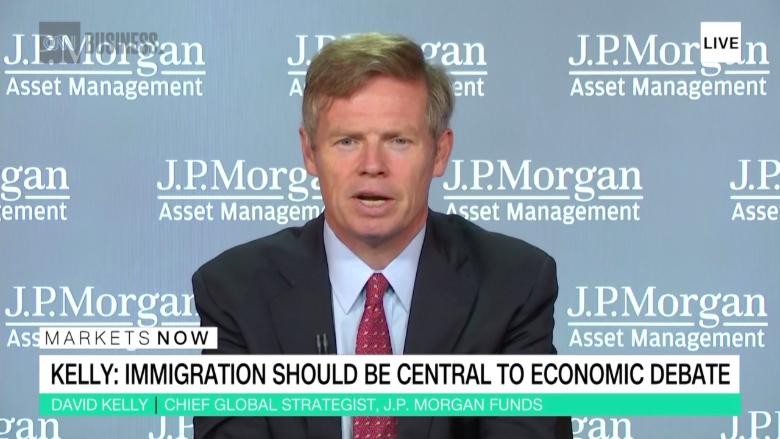 Investors are worried about the US-China trade war and whether or not the Federal Reserve should cut interest rates. But the biggest challenge for the United States is its dwindling working population.

Reducing legal immigration in the face of this trend could hurt the economy.

In fact, Kelly argued that the United States should increase legal immigrants in the years to come to offset a shortage of workers.

Overall Kelly is positive about the status of the US economy, although he does believe it's slowing.

"I think we will avoid a recession," Kelly said, "unless we do something else wrong."

Consumer spending is strong enough to offset weakness in the manufacturing sector, and "there's no boom to go bust," he said. 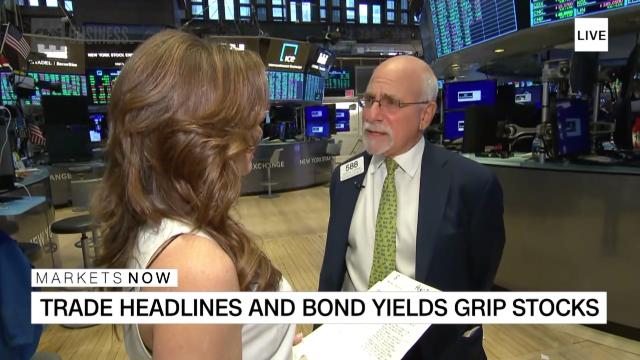 The inversion of the US Treasury yield curve has been in focus for some time now, as it has historically been a recession warning sign. But investors should be careful not to overreact, said Peter Tuchman, trader on the New York Stock Exchange, on the CNN digital live show Markets Now.

"The yield curve does not become predictive unless its stays there for a long enough time," Tuchman said.

A recession isn't necessarily happening, and, he added, even if there is one it may not be for a while.

Stocks found their footing half way through the trading session on a light news day.

All three major indexes are in the green, and the Dow is roughly 200 points stronger. No news on the US-China trade front gave the market a chance to recover from Tuesday's selloff.

The Dow traded 0.8% higher, while the S&P 500 and the Nasdaq Composite are up 0.6% and 0.4%, respectively. The Dow has now swung nearly 350 points between its highest and lowest levels today, according to Refinitiv.

Bloomberg published an op-ed penned by Dudley on Tuesday, saying that the Fed shouldn't cut interest rates because that only enables the president's trade war with China. The central bank, which operates independently from the administration, lowered rates by a quarter percentage point in July, its first such move since the financial crisis.

"This manufactured disaster-in-the-making presents the Federal Reserve with a dilemma: Should it mitigate the damage by providing offsetting stimulus, or refuse to play along?" Dudley wrote.

Trump has long been calling on the central bank to cut rates further to boost the US economy.

Dudley retired from his post at the helm of the New York Fed last year.

The Queen's role in the process is mostly a formality. So it's not surprising that there wasn't another big drop. The pound fell as much as 1.1% earlier in the day.

"It goes without saying ... that the next few weeks are heading into unchartered territory. For the pound, all of this means further weakness to come."

The Queen just approved Prime Minister Boris Johnson's request to suspend Parliament weeks before the October 31 Brexit deadline. And that substantially increases the likelihood of a no-deal Brexit, which many stakeholders in the business world believe would be devastating.

“Clearly the chances of no deal appear to have elevated over recent weeks," said Allie Renison, head of Europe and Trade Policy at the Institute of Directors. "A majority of our members say a disorderly Brexit would be detrimental to their business but given the circumstances we continue to urge firms to make whatever preparations they reasonably can.”

Dr Adam Marshall, Director General of the British Chambers of Commerce, accused Westminster of playing an endless game of political chess "while their futures and the health of the UK economy hang in the balance."

“Every move in this game is prompting more questions, not just amongst businesses here at home but also amongst their partners around the world. Out in the real world, continuing political turbulence is taking a toll on contracts, on investment decisions, and on business confidence. Three years on, the damage continues."

The Dow and S&P 500 flipped into the green in the first half hour of trading.

Stocks had opened modestly lower before finding a floor.