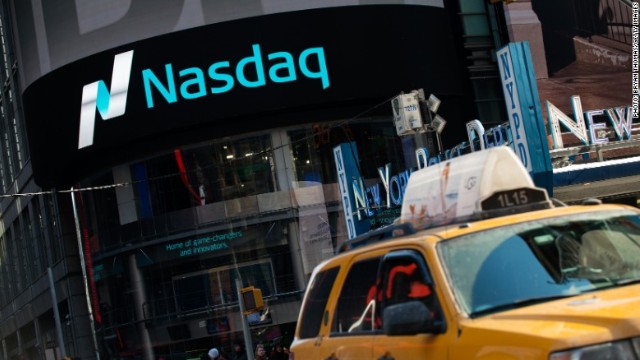 US markets mostly shrugged off the defeat of UK Prime Minister Theresa May’s Brexit plan in parliament. After sinking before the vote, the British pound recovered sharply and even turned positive against the US dollar.

Marjorie Chorlins, executive director of the US Chamber of Commerce's US-UK Business Council, urged the British government to "find a solution" for Brexit that can win the support of Parliament:

"The US business community has a huge stake in the outcome of these negotiations; US companies employ 1.2 million Britons and have invested $600 billion in the UK. ... Time is running short."

The British pound shrugged off a dramatic vote in the UK parliament that left the government's Brexit plans in tatters. Britain is scheduled to leave the European Union at the end of March.

Smart take: It's unlikely that the deal negotiated by Prime Minister Theresa May, defeated by a vote of 432 to 202, can be substantially revised before that deadline. Some supporters of Brexit want Britain to leave the bloc without a deal. Other potential outcomes include a second referendum or the collapse of May's government and a general election. There is increasing speculation that the whole process will be delayed.

A warning from Goodyear (GT) about a weaker-than-expected fourth quarter sent shares falling more than 13%.

The tire manufacturer blamed the “continued weakening” of car sales in China and India.

The company also pointed to a decline in winter tire sales in Europe, and supply constraints for certain truck tires in the US.

It now expects its 2018 operating income to be “slightly below” its previous guidance of $1.3 billion.

Blue Apron (APRN) said it might be profitable this year and that's sending shares of the troubled meal-kit company up more than 30%. (Shares closed 45% higher for the day.)

Customers are apparently craving its new line of Weight Watchers meal kits. Blue Apron said the new line are being met with a "favorable consumer response" and are selling better-than-expected.

The company will release earnings on January 31.

The company has had a tough few years. Blue Apron announced late last year it was still losing money and slashed 4% of its workforce.

Back in 2017 the company axed 6% of its staff. The stock has lost roughly 90% of its value since it went public that year: 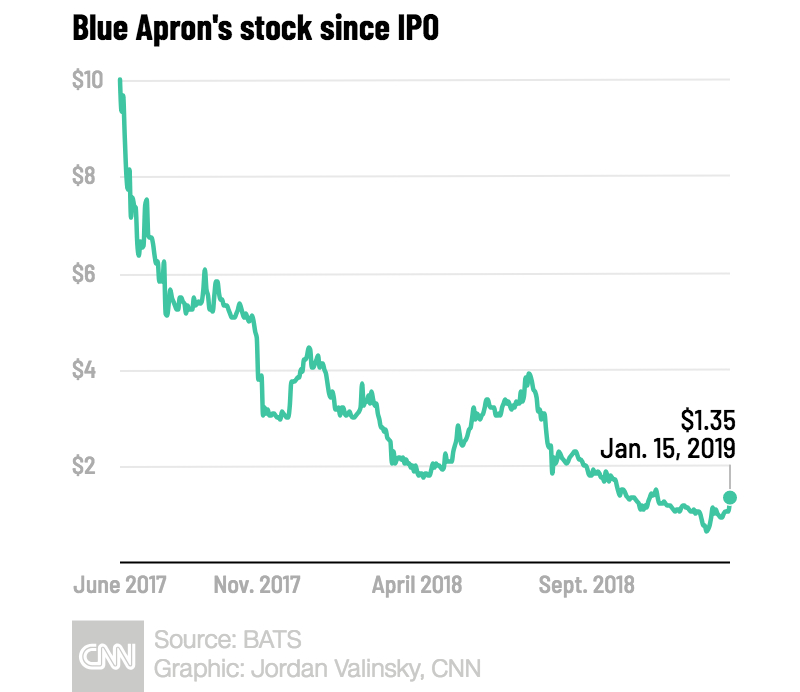 Wall Street appears to be unfazed by JPMorgan's rare earnings miss and that looming Brexit vote.

Netflix (NFLX) is powering the rally, climbing 7% after announcing plans to raise prices to combat the steep cost of producing shows and movies. 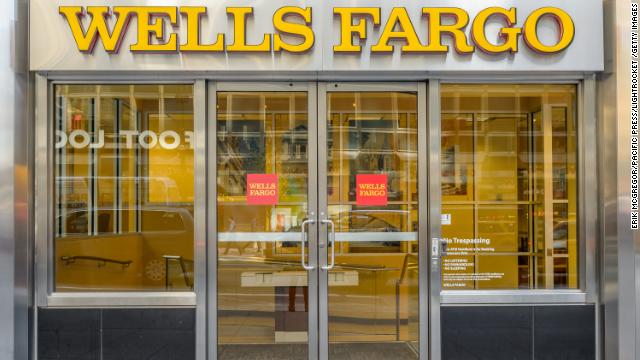 Wells Fargo's trip to the penalty box is proving to be an extended one.

The scandal-ridden bank is now planning to operate under tough Federal Reserve sanctions "through the end of 2019."

Citing "widespread consumer abuses," the Fed put imposed an unprecedented asset cap on Wells Fargo last February. That penalty is to remain in place until regulators are satisfied the bank has cleaned up its act.

Wells Fargo (WFC) originally said the asset cap could be lifted as soon as September 2018.

But CEO Tim Sloan told analysts on Tuesday that Wells Fargo needs more time to incorporate the "feedback" it's received from the Fed.

"We're making progress," Sloan said. "It's just happening a little bit slower than we had originally anticipated, but we'll get there."

Wells Fargo shares were down 2% in midday trading.

US markets opened little changed Tuesday as investors wait for the Brexit vote in the United Kingdom.

Traders will shift their attention to the looming Brexit vote, which could cause more turbulence in the currency markets and uncertainty for businesses. 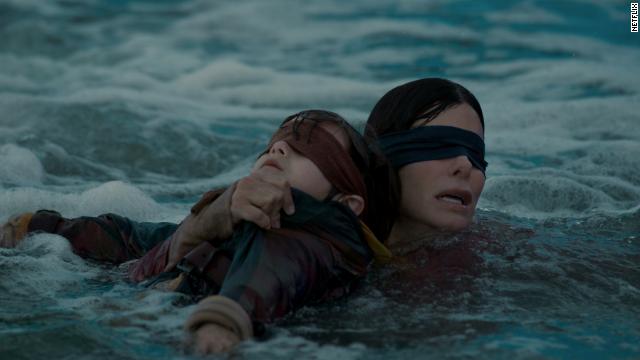 Shares of Netflix (NFLX) are spiking 5% in early trading after it said it's hiking prices for US subscribers.

All three subscription tiers will get more expensive.

The price hikes come ahead of its fourth quarter earnings release on Thursday. Netflix previously raised prices in October 2017.