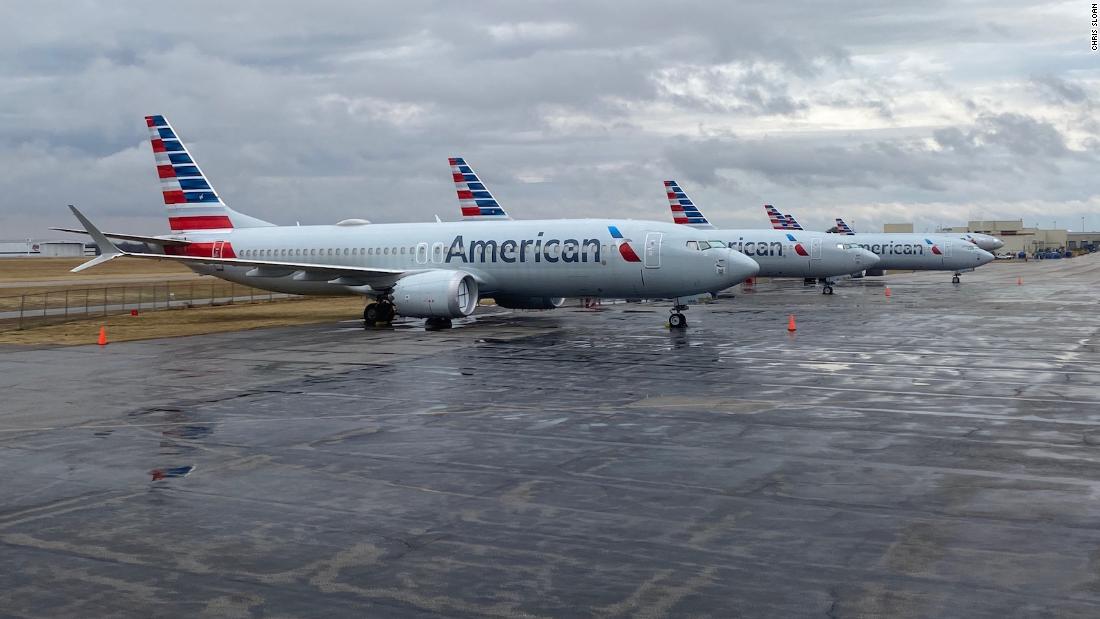 The roller coaster ride for GameStop (GME) shares is having a major impact on other companies in the retail world -- the big mall owners that have shopping centers with GameStop and other struggling brick and mortar stores as their tenants.

Shares of Macerich (MAC), which like GameStop is both a favorite target of short sellers and the individual investors on Reddit who are trying to squeeze the shorts, fell nearly 20% Thursday. But the stock is still up more than 70% in 2021, including a nearly 40% pop in just the past five days.

Macerich isn't the only mall owner tumbling Thursday. Shares of Washington Prime Group (WPG) and Tanger Factory Outlet Centers (SKT) each fell sharply but they both have still gained more than 25% in the past week.

And then there's PREIT (PEI). It also fell sharply Thursday but is up about 25% in the past few days and has more than doubled this year -- even though the mall owner filed for bankruptcy last November.

Scott Crowe, chief investment strategist at CenterSquare Investment Management, a real estate investing firm, said in an email to CNN Business that the most distressed parts of the retail real estate world have soared. But that can't last forever.

"Speculative mania will continue until it is tested and breaks," he said.

That appears to be what's happening today. 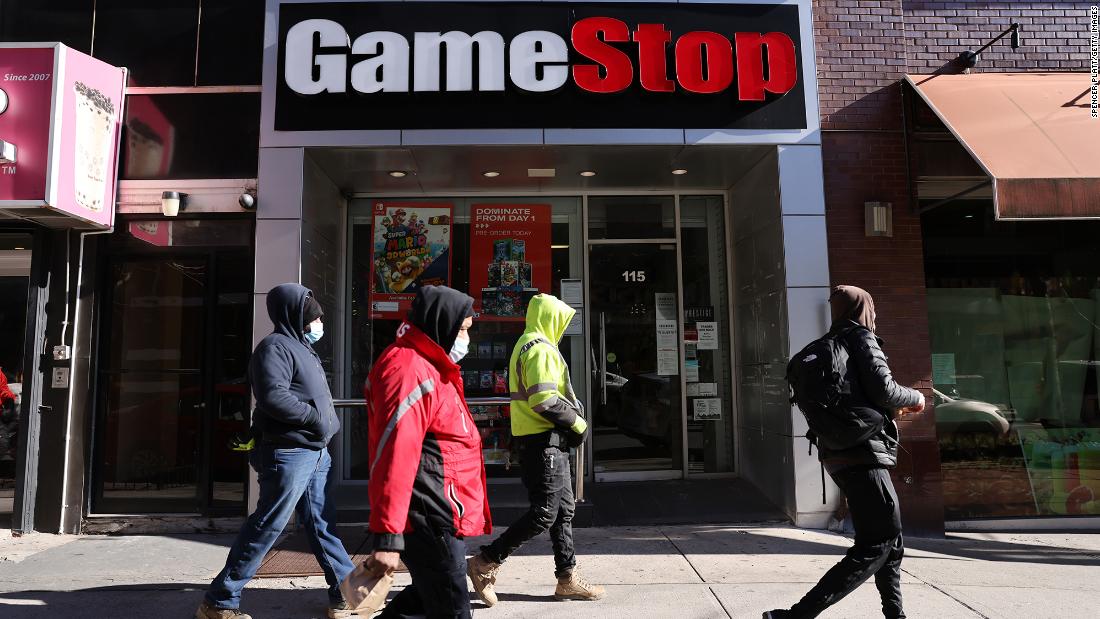 GameStop (GME) is looking a lot less hot in the early afternoon: The retailer's shares are down 40%.

But it was a different story earlier in the day when GameStop's stock rose s much it became the biggest company by market capitalization in the Russell 2000, America's small-cap stock index.

This morning, when GameStop soared to a high of $483 per share, its market capitalization was $33.7 billion, pushing the previously largest company Plug Power (PLUG) to second place, according to Refinitiv.

Since then, GameStop's fortune has turned and the company is only the third largest player in the index.

What difference a few days can make.

Webull, a trading app seen as an alternative to Robinhood, is also restricting users from buying new shares from GameStop (GME), AMC (AMC) and Koss (KOSS), a small headphones company whose stock took off this week.

The company announced the news in a tweet Thursday, citing market volatility as the reason its halting share buying in these companies.

“Due to the extreme volatility in the symbols AMC, GME, and KOSS, our clearing firm will no longer be able to support clearance on these symbols. As a result, Webull is forced to set all transactions in these symbols to liquidate only.”

Robinhood and other platforms came under fire for their decision to restrict trades Thursday. The Reddit group WallStreetBets, which has led the jaw-dropping surges in those stocks, accused Robinhood of market manipulation.

As the stock frenzy continues, trading app Robinhood is restricting transactions for certain securities including GameStop (GME), BlackBerry (BB) and AMC (AMC). Senator Ted Cruz and Representative Alexandria Ocasio-Cortez — two lawmakers from opposite ends of the political spectrum — aren't happy about it.

On Thursday, AOC, a progressive Democrat, tweeted: "This is unacceptable. We now need to know more about @RobinhoodApp’s decision to block retail investors from purchasing stock while hedge funds are freely able to trade the stock as they see fit. As a member of the Financial Services Cmte, I’d support a hearing if necessary."

Robinhood is free for investors, touting itself as democratizing the world for young traders. So how does the app make money? In part through a controversial industry practice known as payment for order flow.

Here's how it works: Brokerage firms like Robinhood can cash in on where they send customers' trade orders. Broker-dealers – including market movers like high-frequency trading firms – pay Robinhood for executing the trades with them.

That works out well for Robinhood, whose CEO has previously defended the practice to CNN Business' Matt Egan. But it hasn't always been ideal for Robinhood's investors.

In 2019 the company was fined by a regulator for sending customer trading orders a few years prior to four broker-dealers without guaranteeing the best price.

Robinhood said at the time that the charges no longer reflected their current practices. But then again in December 2020, the company agreed to pay a $65 million fine to the SEC to settle similar charges -- that Robinhood failed "to satisfy its duty to seek the best reasonably available terms to execute customer orders," and didn't disclose that it received payments for order flow.

The SEC said Robinhood benefited from executing the trades that weren't ideal for its customers, and that investors lost out on $34.1 million (even after taking into account the savings from the commission-free trades). 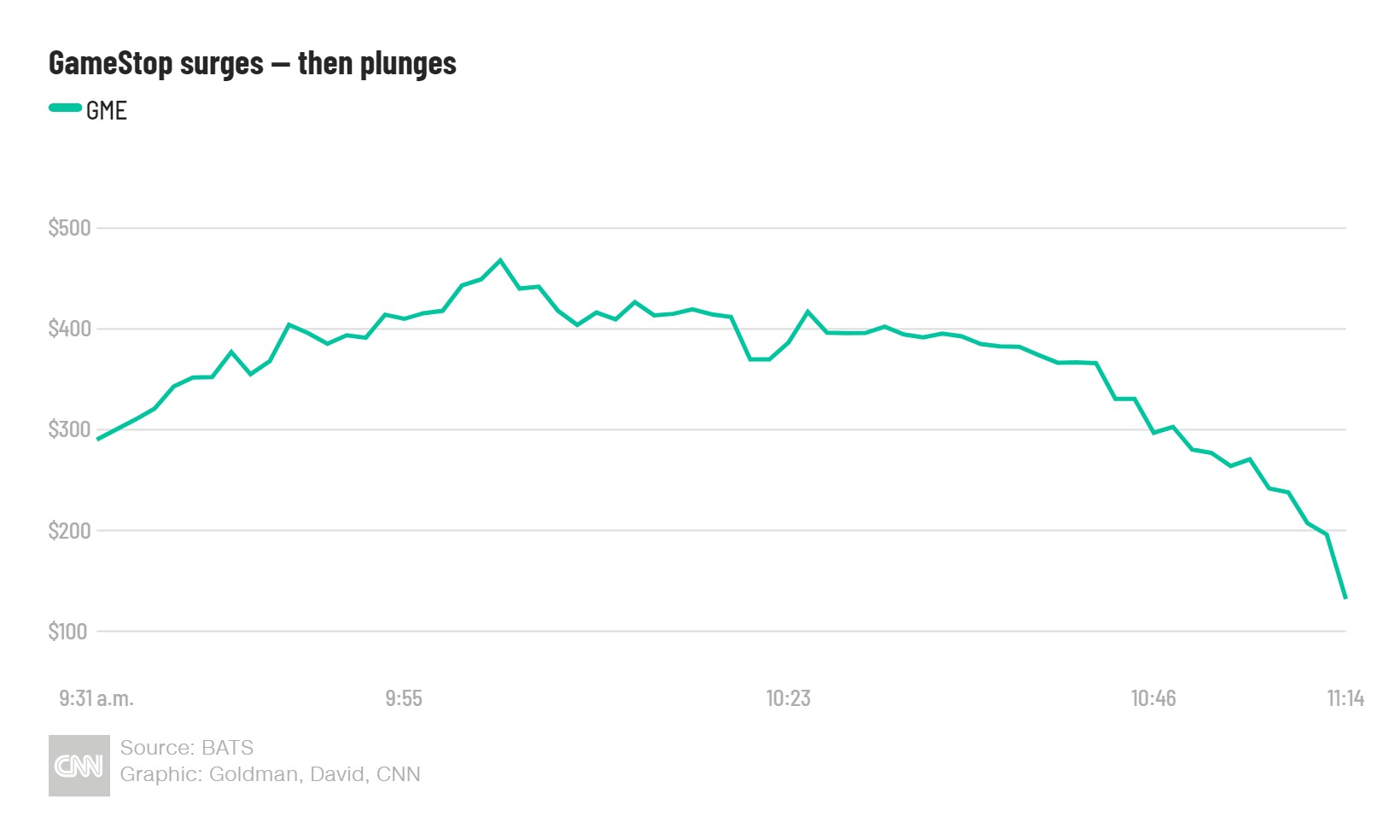 GameStop (GME) was up as much as 39% Thursday before crashing as much as 67%.

The roller coaster was set in motion after Robinhood banned trades of the stock earlier this morning.

The last time GameStop fell was January 20, when it slipped less than 1%. In the 13 trading sessions since GameStop announced its new board, the stock has risen 500% and has fallen at the end of just 3 sessions.