YAKUM,Israel, Feb. 1, 2022 /PRNewswire/ -- Japanese auto-parts manufacturer TPR have invested $5M in Aquarius Engines. TPR is a Japanese publicly traded manufacturer of engine components for the global automotive industry and was already a non-material shareholder in Aquarius Engines (TASE: AQUA). The new capital will accelerate the development, production, and distribution of the Aquarius Engine in Japan and beyond. 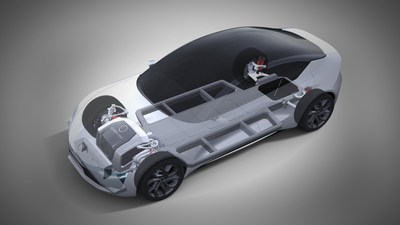 The news comes as the two companies continue to negotiate an additional TPR investment in Aquarius Engines' subsidiary in Tokyo, as reported in October 2021. As well as a potential manufacturing agreement under which TPR will manufacture Aquarius Engines' products in Japan.

"TPR is a leading force in the Japanese automotive industry, specializing in engine parts. Beyond the monetary investment, we see TPR as a natural partner to champion our interests in Japan and beyond. As we continue to promote and explore collaborations with other significant strategic players in all of our global target markets." Said Ariel Gorfung, CEO of Aquarius Engines.

In November 2021, Aquarius Engines reported it's first purchase order for generators from the Italian-based Tecnoelettra, which supplies state-of-the-art power solutions to a wide range of clients, including those in the telecommunications industry. The €5M order was received after successful completion of a series of field tests, with the supply of generators to begin in stages from October 2022 until the end of 2023.

The 10kg Aquarius Engine was invented in 2014 and is designed to be used as an onboard power generator in a vehicle or as a stand-alone electricity generator. Unlike most conventional engines that are made of hundreds of parts, the Aquarius Engine has just twenty components and one moving part. The lightweight streamlined design makes it inexpensive and highly efficient with minimal need for maintenance, compared to traditional engines.

The Aquarius Engines technology currently has around two dozen patents registered worldwide. The company Chairman is Gal Fridman and CEO is Ariel Gorfung. Aquarius Engines has manufacturing and development centers in Israel, Germany and Poland. https://www.aquariusengines.com/