Our live coverage has ended. Scroll through the posts to see all the highlights, or read more here.

The 92nd Academy Awards drew an average of 23.6 million viewers for ABC on Sunday — a new low for Hollywood's biggest night.

The awards show saw a decrease of 20% from last year's show, which brought in 29.6 million viewers. The previous low was 2018's telecast, which drew in an average 26.5 million viewers.

The low ratings for one of the entertainment world's biggest nights are still higher than most programs on television, but hardly ideal. Just six years ago, the awards show brought in more than 40 million viewers.

A number of factors were at play, from the show's length to the array of other entertainment options viewers can choose from. It probably didn't help that some of the year's biggest blockbusters like "Avengers: Endgame" didn't win any major awards.

The Oscars' low ratings follows the trend with other award shows like the Grammys and the Emmys, which have taken big viewership hits recently.

The night's most exclusive after after party belonged, again, to Beyoncé and Jay-Z. The couple hosted their so-secret-we-can't-even-show-you bash at the famed Chateau Marmont.

One lucky guest, Reese Witherspoon, at least revealed she was invited.

"Only @beyonce could get me out of the house past 11pm," Witherspoon captioned a party-ready Instagram post.

We're guessing our invites got lost in the mail along with those beautiful, orange Ivy Park boxes. 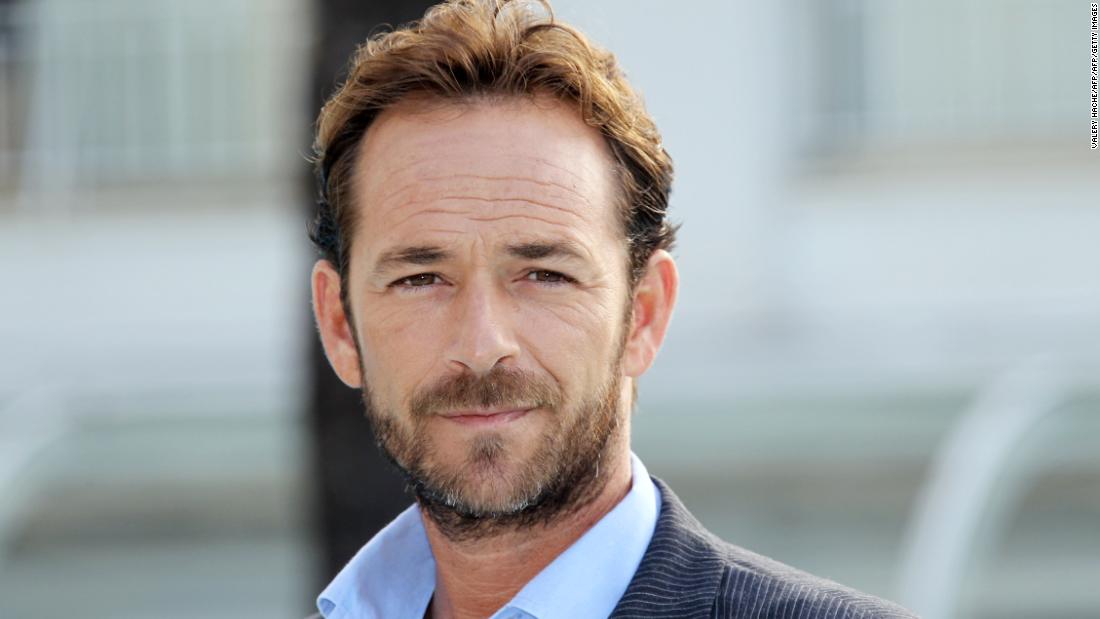 The "In Memoriam" segment of last night's Academy Awards caused some viewers grief.

Some questioned why certain late stars were not included, including...

Perry's exclusion was an especially sore spot for some given that he appeared in the Oscar-nominated film, "Once Upon a time... in Hollywood."

Perry and more than 100 others are included in the Oscars In Memoriam section on the organization's website. The televised tribute generally features a range of members from the Academy's 17 branches and previous Oscar winners.

CNN has reached out to the Academy comment on how they select who to include in the broadcast tribute.

The historic Oscars night for "Parasite" is good news for a planned television series based on the film.

According to The Hollywood Reporter, a limited series based on the dark comedy thriller has been in the works.

The film follows two disparate Korean families, one rich and one poor, and all that ensues when the poor family cons its way into the lives of the wealthier one.

Directer Bong Joon Ho is working with American director/producer Adam McKay to bring a limited series to HBO that expands on the film. 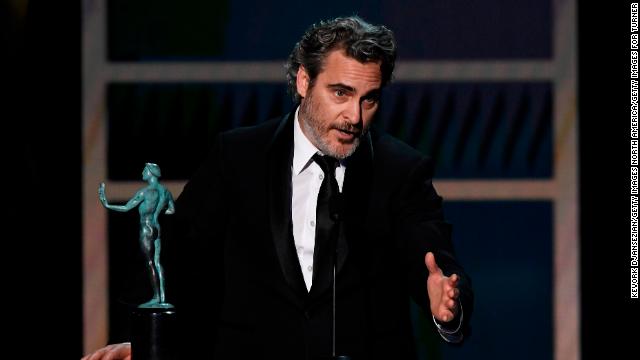 Joaquin Phoenix is no stranger to using his platform to talk about social justice and has addressed a variety of issues during this year's award season.

Closing out the awards circuit last night at the Oscars, Phoenix called out an "egocentric worldview" and encouraged people to love each other more and drink less dairy.

Here are the highlights from his speeches earlier this season:

At the Golden Globes:

The Globes highlighted environmentalism with both presenters and winners calling for viewers to donate to the Australian Bushfires, along with serving a plant-based meal to all of its guests that night.

Phoenix called out the lifestyles of the rich and famous and asked them to reflect on how they contribute to climate change.

"We don't have to take private jets to Palm Springs for the awards sometimes or back, please," he said.

The British Academy Film and Television Arts (BAFTAs) nominated zero people of color in 2020, somehow, despite the celebrated films created by and starring diverse casts.

After winning best actor at the awards, Phoenix acknowledge how this is an example of systemic racism in this industry.

"I think we send a very clear message to people of color that you're not welcome here. I think that's the message we're sending to people that have contributed so much to our medium and our industry and in ways that we benefit from," he said in his speech.

At the Academy Awards:

After becoming the second performer to win an Oscar for the role of the Joker, Phoenix took a stance against the dairy industry in his acceptance speech.

"We feel entitled to artificially inseminate a cow, and when she gives birth, we steal her baby," Phoenix, a lifelong vegan, told the crowd. "And then we take her milk that's intended for her calf and we put it in our coffee and cereal." 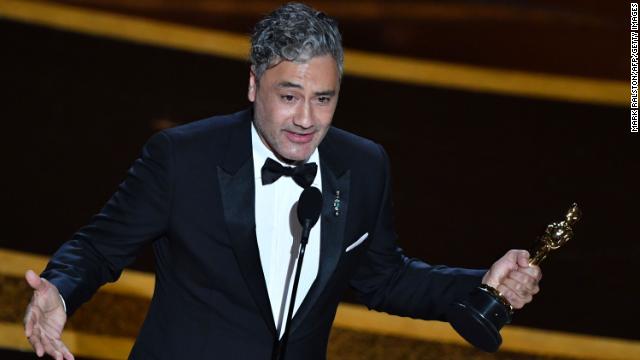 Taika Waititi has become one of the first indigenous New Zealanders to win an Oscar.

He wrote, directed and starred in the film.

"I dedicate this to all the indigenous kids in the world who want to do art and dance and write stories," Waititi said in his acceptance speech. "We are the original storytellers and we can make it here as well."

Waititi is believed to be the first Māori filmmaker to take home the best adapted screenplay award. Hammond Peek -- who is Māori -- has won two Oscars for sound mixing, including one in 2004 for "Lord of the Rings: Return of the King," and another in 2006 for "King Kong."

Correction: This story has been updated to accurately reflect Taika Waititi is believed to be the first Māori to win a best adapted screenplay Oscar. 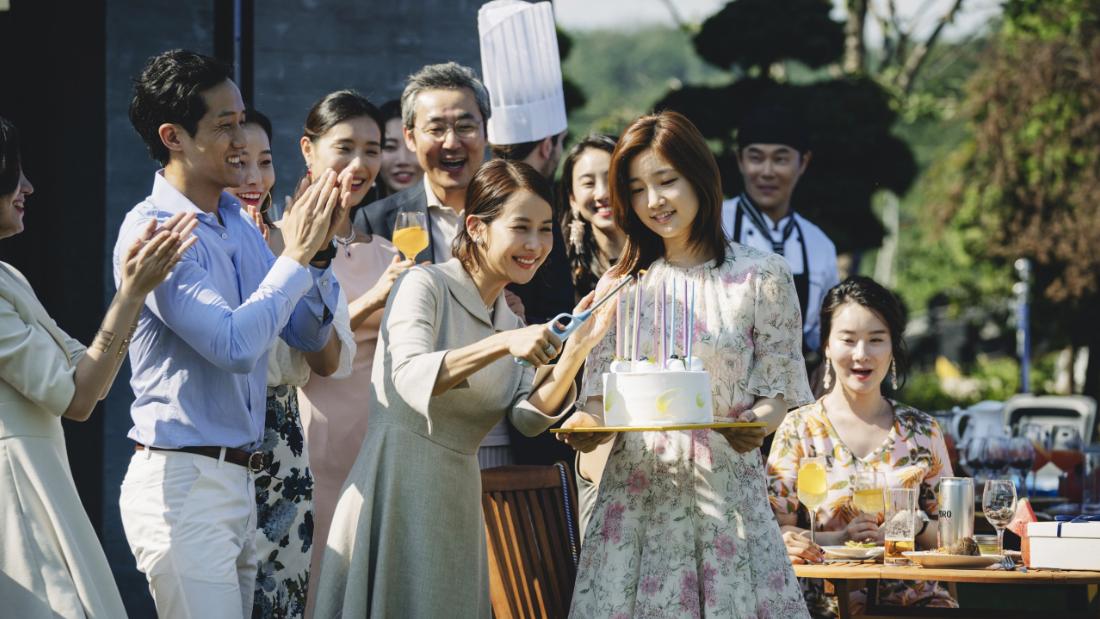 The cast and creative team for "Parasite" took the stage on Sunday to accept the award for best picture, capping off what was a huge night for the film and a significant night for global cinema.

"I feel like a very opportune moment in history is happening right now," producer Kwak Sin Ae said, via translator.

After she spoke, Miky Lee, a Korean entertainment mogul, attempted to take a turn at the mic, but the lights on stage dimmed as the camera prepared to return to Jane Fonda, who would close the night.

But those in the audience protested, asking loudly from their seats for the stage directors to turn the lights back up and let Lee speak.

They won, and she got her turn.

The film's Oscar campaign sort of played out in a similar way. If at any time it looked like the spotlight on "Parasite" might dim, it would shine again — first a Palme d'Or award, then history-making SAG Award win, then a BAFTA and so on.

In the end, the infectious buzz around the South Korean film, which centers on two families on opposite sides of South Korea's economic gap, turned out to be too powerful for its Oscar competitors, which included some of Hollywood's most seasoned filmmakers.

A big night: "Parasite" is the first non-English film and first South Korean film to win best picture at the Academy Awards. Only 11 non-English language films have ever been nominated in the category. 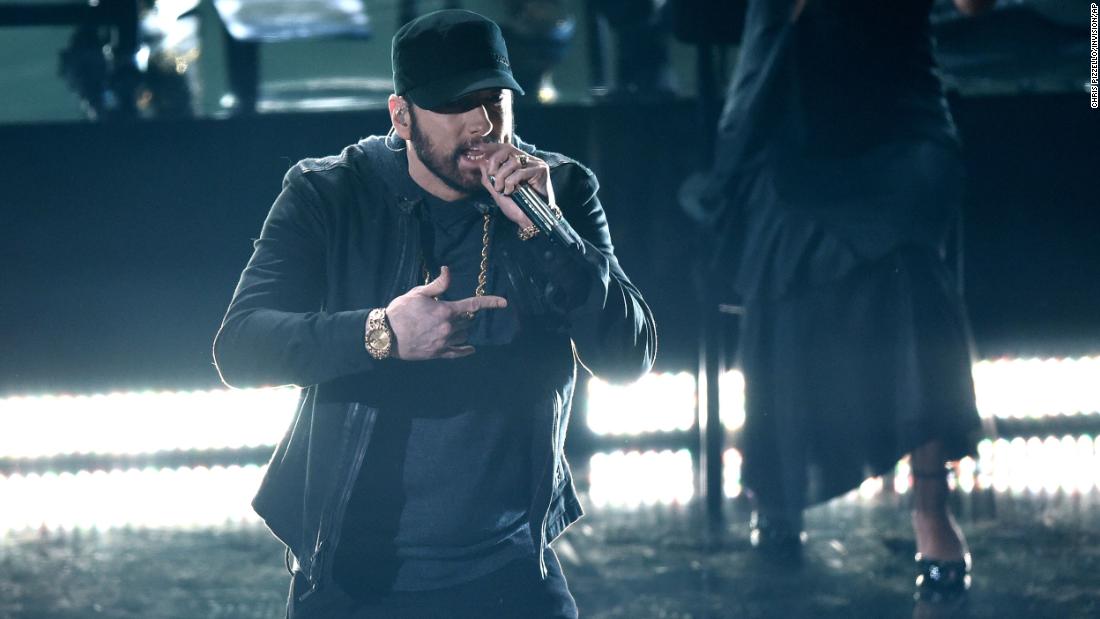 Lin-Manuel Miranda introduced a song medley at the 92nd Academy Awards, and it appeared it was just another compilation of songs in movies that have had an impact.

But then ... Eminem came on stage to perform "Lose Yourself" and received a standing ovation from the crowd.

Although those at home seemed torn. Some took to Twitter to praise the performance and some were shaking their heads as to why he was there.

Later, Eminem himself took to Twitter to explain: "Look, if you had another shot, another opportunity... Thanks for having me @The Academy," he wrote, adding, "Sorry it took me 18 years to get here."

He won best original song in 2003 for "Lose Yourself," but was a no-show at the awards that year.

Suspense over the best picture race remained at the heart of this year's Academy Awards.

In the end, "Parasite" took home the night's top honor and made history.

Here are some of the highlights from last night's show: