At least 21 people have been killed, several more are missing and hundreds have been injured after an earthquake struck Albania today.

At least 21 people are confirmed dead in Tuesday’s earthquake in Albania, according to the Albanian prime minister’s spokesperson Endri Fuga.

About 45 people have been rescued from the rubble. Fuga said search and rescue teams will continue working throughout the night in the affected areas.

Thirty people are currently being treated in hospitals and more than 650 received medical attention.

This is the strongest earthquake to hit Albania in 40 years. 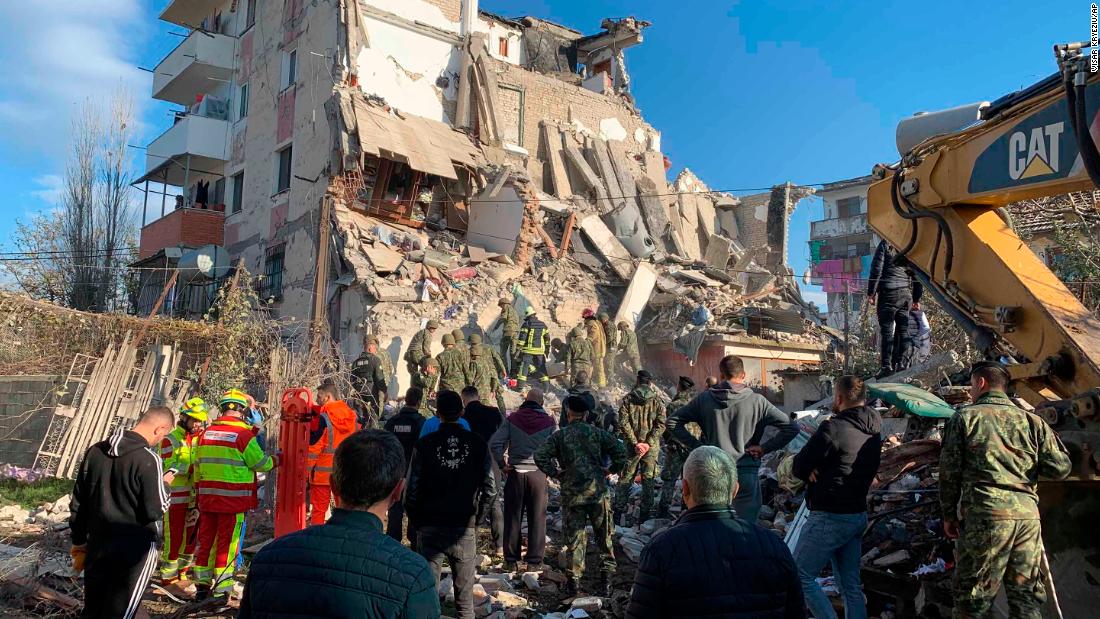 The death toll from today's earthquake in Albania has risen to 18, according to the Albanian Prime Minister’s media advisor, Endri Fuga.

At least 14 people were killed and hundreds more were injured after a 6.4 magnitude earthquake struck Albania today.

Crews are searching for people who were reported missing. Here's a look at the destruction: 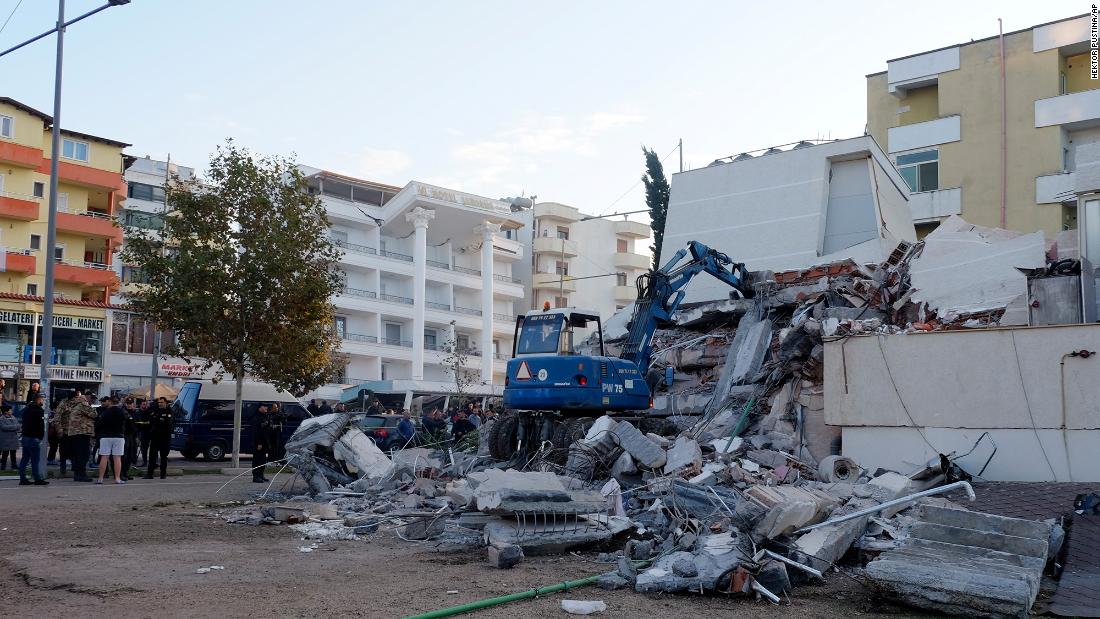 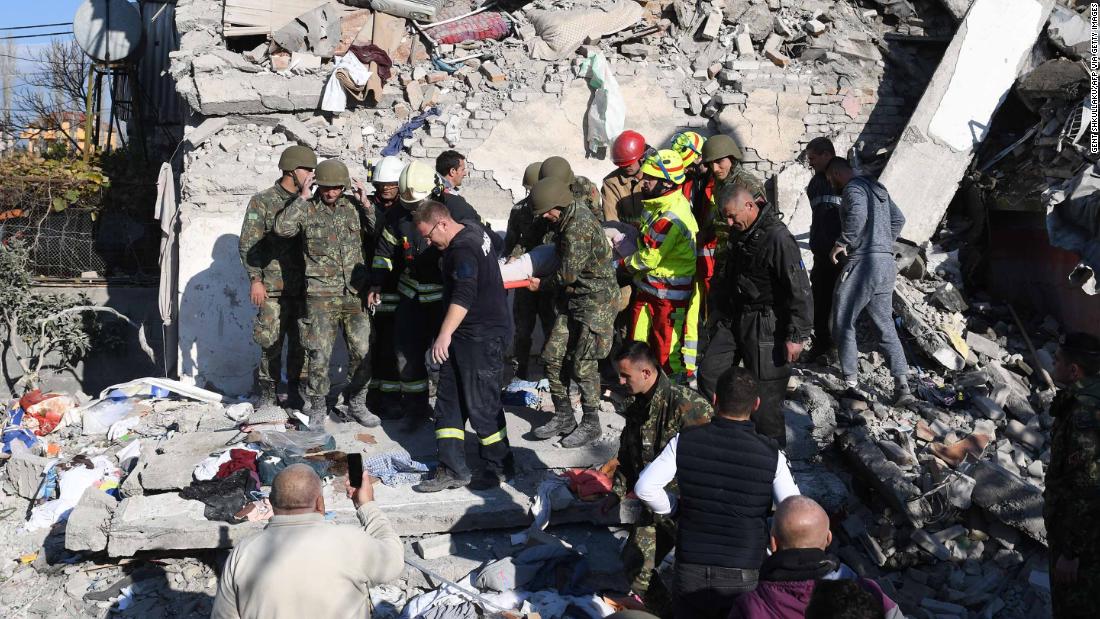 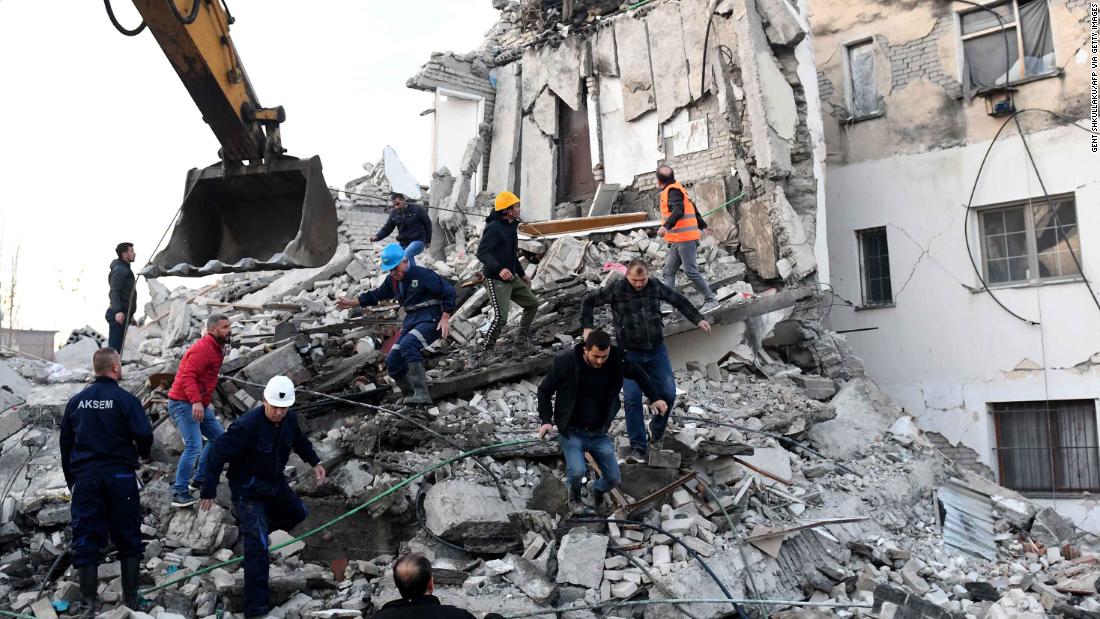 Elizana Xhameta took video of the aftermath of the Albania earthquake in Durres.

The video appears to show what remains of the Hotel Palma, which was seven floors tall. 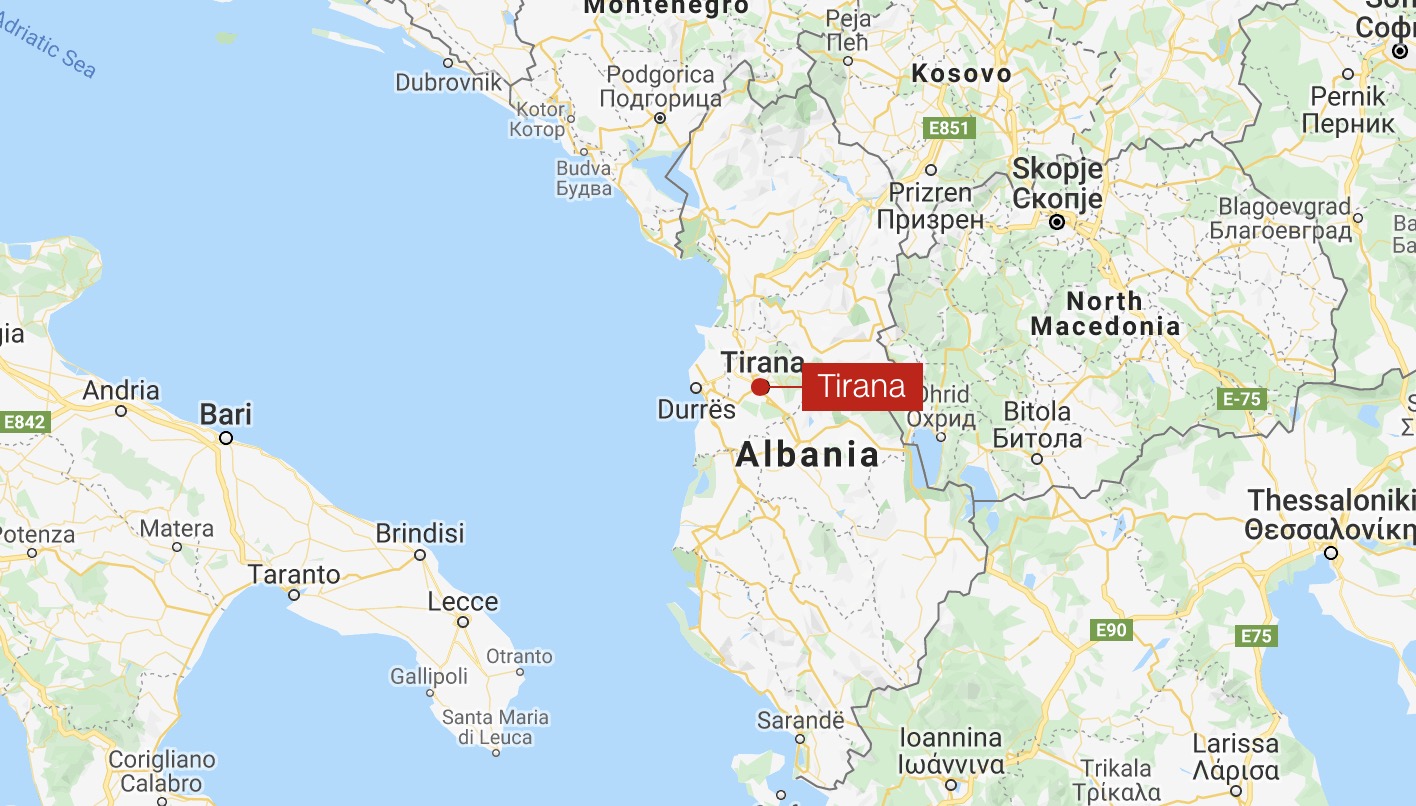 The epicenter of today's earthquake in Albania was near the port city of Durres, about 20 miles from the capital Tirana. Social media videos from the area show several buildings have collapsed.

Albanian Prime Minister Edi Rama's office revised the death toll upwards several times today. At least four victims died in Durres, a spokesperson for Rama told CNN. Another two died in Thumane, one person died after jumping from a building in panic in Kurbin, and one victim died while driving on a badly damaged road in Lezhe, the spokesperson added. 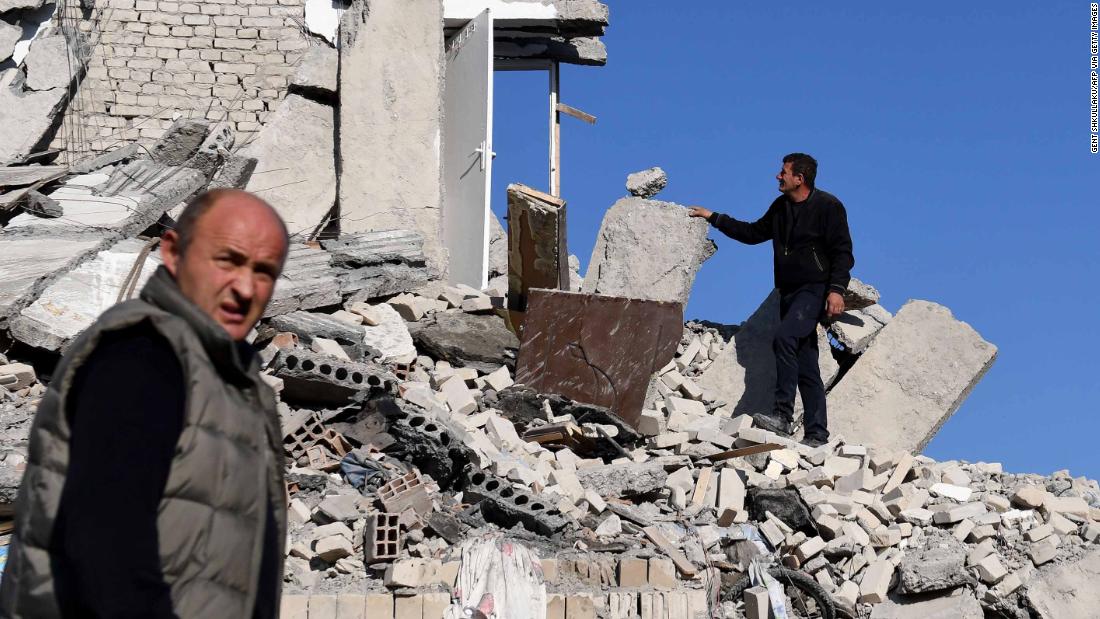 At least 14 people have been killed, several more are missing and hundreds have been injured after an earthquake struck Albania on Tuesday,

The quake, which had a preliminary rating of 6.4 magnitude, hit the European nation at an approximate depth of 20 kilometers (12 miles) early Tuesday local time, according to the United States Geological Survey.