Brexit's done. The UK has left the European Union 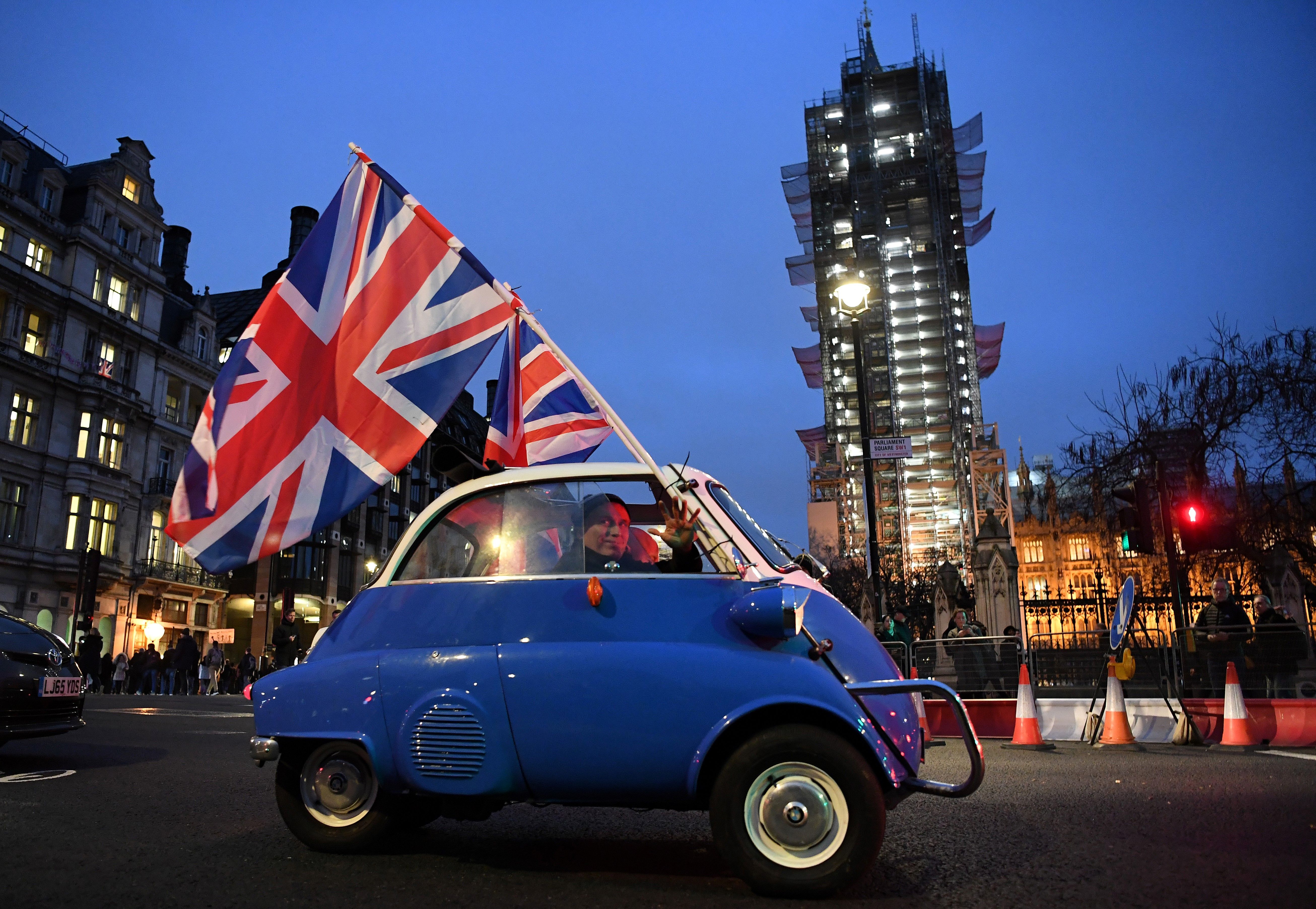 Brexit's done, and so are we. Here's all you need to know about what comes next:

Analysis: The UK has left the EU -- and the implications for the world are huge

What Brexit will mean for travelers

Britain needs a big trade deal with Europe and wants one with America. It may end 2020 with neither

Nearly four years after the UK voted to leave the European Union, Brexit has finally happened.

As the clock struck 11.00.p.m. GMT, the Article 50 process by which a member state leaves the EU expired and the UK has now entered the transition process it agreed with the bloc. For the first time ever, the EU is down a member state. It's a monumental moment that will go down in history, for better or worse.

So what happens now?

In the short term, the biggest changes will be invisible to the public. During the transition period, currently set to expire on December 31 of this year, the UK will continue to obey EU laws and European courts. Businesses will be able to operate as normal and people wanting to travel around the EU will not be affected. 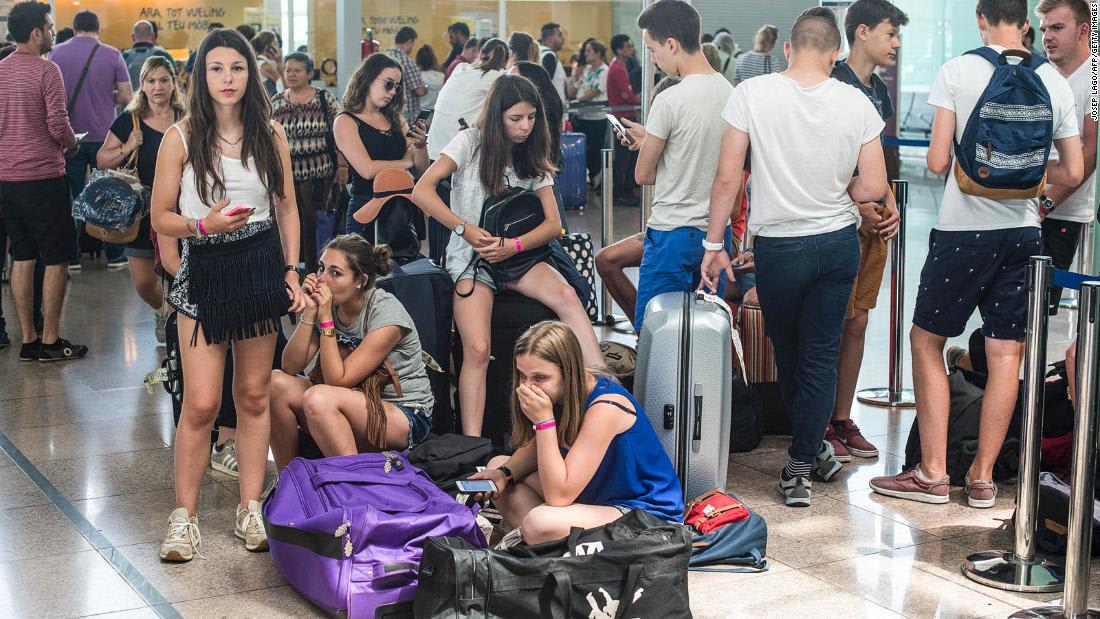 What Brexit will mean for travelers

However, Brexit is far from done. Before the transition period ends 11 months from now, the UK will try and negotiate a deal with Brussels on their future relationship. Failure to reach an agreement would mean the hardest Brexit possible, causing economic damage for both sides and possibly the wider world. This is a scenario that both sides are eager to avoid.

These negotiations will begin on March 3. In the meantime, both parties will work to establish their priorities and red lines. The UK will probably want to have its cake and eat it: near-frictionless trade with the EU while enjoying the freedom to do as it pleases at home and strike trade deals with the wider world.

For the EU, the priority will be keeping the UK as close to EU regulations as possible and protect European interests. And if you thought phase one of Brexit was nasty, phase two is going to be even worse.

The UK now enters a new phase in its history. The choices that Boris Johnson takes in the coming months will have huge implications for British citizens and for people far beyond the UK's borders. However, he does so standing alone.

The next Brexit deadline is already hurtling towards us. And for the UK more than anyone else, to get what it wants could require shutting its eyes and hoping for the best.

Nicola Sturgeon, the leader of the Scottish National Party, vowed to get Scotland back into the European Union as an independent country.

Scotland voted against independence in a referendum in 2014 but nationalists there have argued that Brexit has given cause for a fresh vote.

Nigel Farage, widely considered the architect of Brexit, is basking in a moment of glory as the UK officially leaves the European Union.

At London's Parliament Square as the UK was minutes from leaving, Farage described Brexit and the 2016 referendum as "the greatest democratic mandate ever seen in this country."

"We did it, we did it!!" he shouted to a crowd of thousands who had gathered to celebrate the moment.

"We know that this is the single most important moment in the modern history of our great nation," he said.

Farage said that while he was anti-EU, he wasn't against European nations, and he shared a vision for the continent of what he called "free, sovereign, democratic nations."

"We will not take orders from them," he shouted.

The United Kingdom has officially left the European Union more than three years after a referendum that left the country bitterly divided.

The departure brings an end to years of political wrangling that has at times paralyzed Westminster, ended the leadership of two prime ministers and left the UK parliament with the biggest Conservative majority since the years of Margaret Thatcher.

The United Kingdom is the first nation to withdraw from the European Union in its history and closes a 47-year chapter of the country’s membership in the post-war bloc.

Now, an 11-month transition period lies ahead, as well as what is expected to be a protracted period of trade negotiations with the EU.

UK Prime Minister Boris Johnson addressed the nation earlier in a pre-recorded speech, calling on the country to celebrate a “new dawn” of independence and vowing to deliver on Brexit’s promises: “Whether that is by controlling immigration or creating freeports or liberating our fishing industry or doing free trade deals.”

But the momentous occasion passed by with little fanfare – a countdown clock was projected on 10 Downing Street in lieu of London’s famous Big Ben (which is being repaired.)

It rained down in London at a Brexit party at Parliament Square, where officials had banned fireworks and live music.

Prime Minister Boris Johnson has shared his vision for a post-Brexit UK in an address to the nation, calling on the country to celebrate a “new dawn” of independence.

In a pre-recorded speech broadcast an hour before the nation officially leaves the European Union, Johnson said the moment was one of “real national renewal and change,” and promised a more equal country for UK nationals across the kingdom.

He also said it was the moment to deliver on the promises of Brexit, as an 11-month transition period of negotiations lies ahead before the country can fully break free of the bloc.

“This is the moment when the dawn breaks and the curtain goes up on a new act in our great national drama," he said.

“And yes it is partly about using these new powers – this recaptured sovereignty – to deliver the changes people voted for.

“Whether that is by controlling immigration or creating freeports or liberating our fishing industry or doing free trade deals.

“Or simply making our laws and rules for the benefit of the people of this country.

“And of course I think that is the right and healthy and democratic thing to do, because for all its strengths and for all its admirable qualities, the EU has evolved over 50 years in a direction that no longer suits this country. And that is a judgment that you, the people, have now confirmed at the polls.”

A countdown clock has been projected onto 10 Downing Street as the United Kingdom readies to leave the European Union.

A movement to get the government to sound the bells of London's famous clock, Big Ben, was unsuccessful. The government said that a clock and light show would light up 10 Downing Street instead.

US Ambassador to the UK Woody Johnson described Friday as "a historic day in British history," and has said his country looks forward to achieving a free trade agreement with the UK.

"On behalf of the United States Government, I would like to wish the United Kingdom every success as you chart a new path outside of the European Union. America shares your optimism and excitement about the many opportunities the future will bring," he wrote in a statement.

"President Donald J. Trump has long supported the United Kingdom’s sovereign decision to withdraw from the European Union. Now that the UK is back in control of its own trade policy, we look forward to achieving a broad Free Trade Agreement that will increase prosperity and create jobs in both our countries," the ambassador added.

"There are many global challenges that we face, but we face them, as ever, together. There will no doubt be disagreements from time to time about the best solutions to the biggest problems – that is to be expected, even among friends. But this is an alliance forged in our shared history and our common values. This is a special relationship which will endure, flourish and grow even stronger in this exciting new era which Britain is now beginning."

In less than two hours, the United Kingdom will leave the European Union. Here’s the story of its membership in numbers:

The number of years the UK has been in the EU, or its predecessor, the European Economic Community. That’s equal to 17,197 days.

The number of different prime ministers the UK has had in that time (Heath, Wilson, Callaghan, Thatcher, Major, Blair, Brown, Cameron, May, Johnson). Three of those have been in the past three-and-a-half years. In that time, there's only been one monarch, Queen Elizabeth II.

The number of countries in the European Economic Community when the UK joined. France, West Germany, Belgium, Italy, the Netherlands and Luxembourg were members.

The number of member states that will be left in the EU when the UK leaves.

The number of European citizens living in the UK. Some 1.1 million British citizens live in the 27 EU member states.

The percentage of British people who have lived their entire lives as members of the EU. The Office for National Statistics says 39.8 million British people alive today were born in 1973 or after.

The number of MEPs the UK had in the European Parliament. Before Brexit it was 751.

The number of Euro football championships that have been played while the UK was a member state. No nation of the UK has ever won it, by the way.