Brexit deal in the balance

By Eliza Mackintosh and Rob Picheta

The text of the Brexit "withdrawal agreement" is 585 pages and now available to the public, CNN's Erin McLaughlin reported.

The draft agreement was just published online and copies were distributed to members of the European Commission.

"All 585 pages now available for the public to scrutinize. This will no doubt be looked at by Remainers and Brexiteers very closely there in the United Kingdom," McLaughlin noted.

The European Commission and Downing Street had copies of the text and were keeping details of the agreement under wraps, she reported.

"They were worried about the optics of this situation. They are very aware that Theresa May is in an incredibly fragile, predicament. Now that the Cabinet has given a green light to this deal it has been published," McLaughlin said. 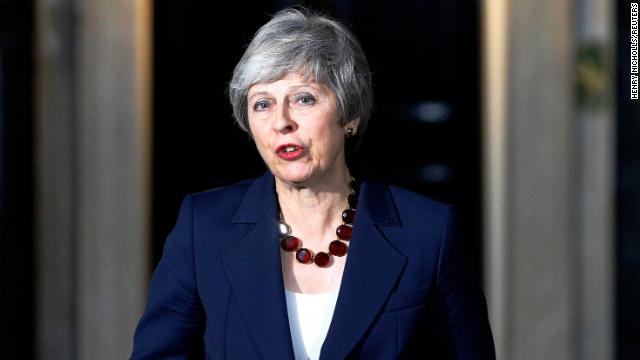 Here in its entirety is the full statement as delivered by Theresa May in Downing Street after the nearly five-hour cabinet meeting.

The Cabinet has just had a long, detailed and impassioned debate on the draft withdrawal agreement and on the outline political declaration on our future relationship with the European Union.
These documents were the result of thousands of hours of hard negotiation by UK officials and many, many meetings which I and other ministers held with our EU counterparts.
I firmly believe that the draft withdrawal agreement was the best that could be negotiated and it was for the cabinet to decide whether to move on in the talks.
The choices before us were difficult, particularly in relation to the Northern Ireland backstop, but the collective decision of cabinet was that the government should agree the draft withdrawal agreement and the outline political declaration.
This is a decisive step which enables us to move on and finalise the deal in the days ahead.
These decisions were not taken lightly but I believe it is a decision that is firmly in the national interest.
When you strip away the detail the choice before us is clear. This deal, which delivers on the vote of the referendum, which brings us back control of our money, laws and borders, ends free movement, protects jobs, security and our union, or leave with no deal, or no Brexit at all.
I know that there will be difficult days ahead. This is a decision which will come under intense scrutiny, and that is entirely as it should be, and entirely understandable.
But the choice was this deal, which enables us to take back control and build a brighter future for our country, or going back to square one, with more division, more uncertainty, and the failure to deliver on the referendum.
It’s my job as prime minister to explain the decisions that the government has taken, and I stand ready to do that, beginning tomorrow with a statement in parliament.
Let me end by just saying this; I believe that what I owe to this country is to take decisions that are in the national interest and I firmly believe, with my head and my heart, that this is a decision that is in the best interests of our entire United Kingdom.

After all the months of wrangling and amid all the talk of a brewing vote of no-confidence, Theresa May’s statement outside the iconic black door of 10 Downing Street was a moment of great political theater.

In their five-hour meeting, described by May as "long, detailed and impassioned," Cabinet ministers may have voiced deep concerns about the withdrawal agreement secured by UK negotiators. But the British principle of collective Cabinet responsibility means that, at the end of the day, they’re either with May or against her. That allowed the Prime Minister to stride confidently down the steps of No. 10 and deliver a strong statement on behalf of the entire Cabinet to the waiting media.

What this means: It's still possible that one or two ministers could resign, or that hardline Brexiteers or Remainers might yet band together to challenge May's leadership. But for now, the Prime Minister is in the strongest position she's been in for months.

There will be more rocky moments ahead — not least the "meaningful vote" on the deal that the government has promised the UK parliament.

The intrigue will no doubt continue in Westminster, but it’s clear tonight who has the upper hand. 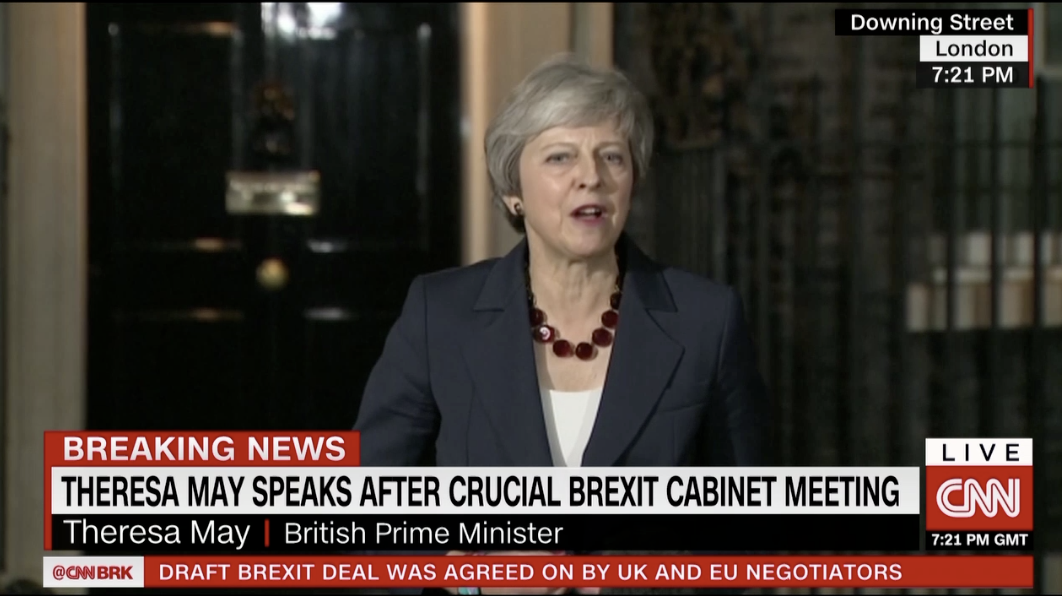 “I firmly believe the draft agreement was the best we could negotiate,” May said to media gathered outside of 10 Downing Street, after the five-hour meeting ended. May will address Parliament on Thursday.

"This is a decisive step, which enables us to move on and finalize the deal in the days ahead. These decisions were not taken lightly, but I believe it's a decision that's firmly in the national interest," she added. 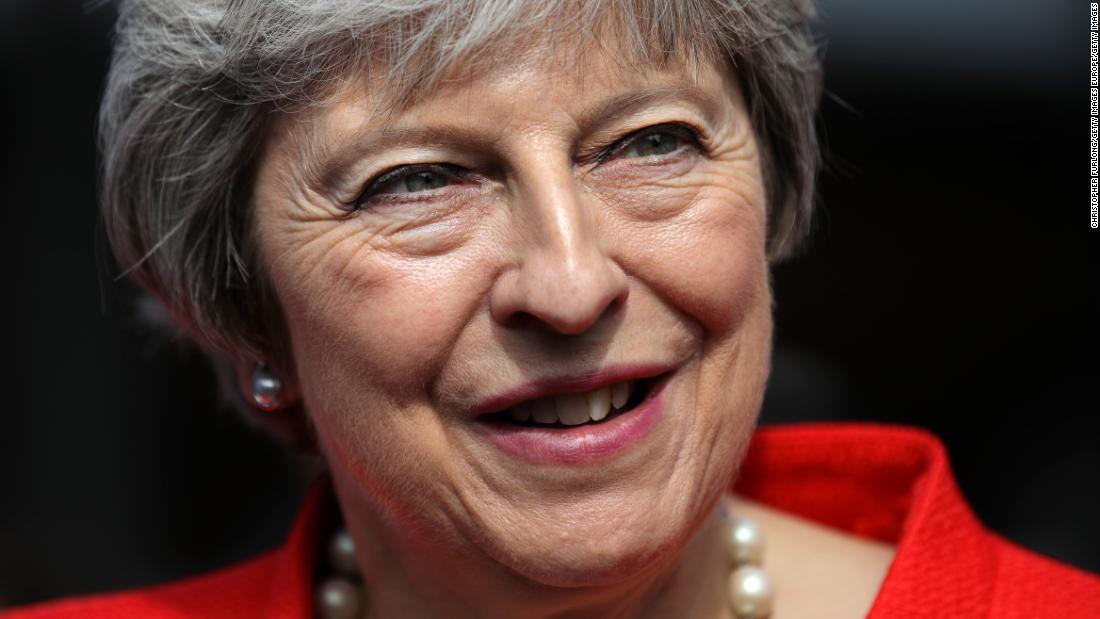 There is feverish speculation in Westminster that whatever the outcome of the Cabinet meeting, Theresa May will face a vote of no-confidence precipitated by her own Conservative Party.

According to party rules, 48 MPs must submit letters to the chairman of the 1922 Committee — the group that represents all Conservative MPs — to trigger a confidence vote in the party leader. The only person who knows how many letters have been submitted is Sir Graham Brady, the chairman of that committee. He has not said anything in public today.

The key to all of this: The European Research Group (ERG). It is a group of about 40 Conservative MPs who favor a clean break from the European Union and whose members have voiced deep concerns with May’s negotiating strategy. Until now, the ERG has kept its powder dry. But today, Conor Burns, a member of the ERG, indicated to Sky News that its position may be changing.

If she survives the vote, May would be immune from another challenge for a year, according to party rules. But the very fact of a confidence vote is hanging over May would be deeply damaging, and would add to the air of crisis surrounding her leadership.

Theresa May’s Cabinet meeting has now been going on for more than four hours.

But in Brussels, Belgium, a meeting of ambassadors from the other 27 European Union member nations has ended.

Ambassadors are remaining tight-lipped: Like everyone else, they are awaiting the outcome of the Cabinet meeting in London. 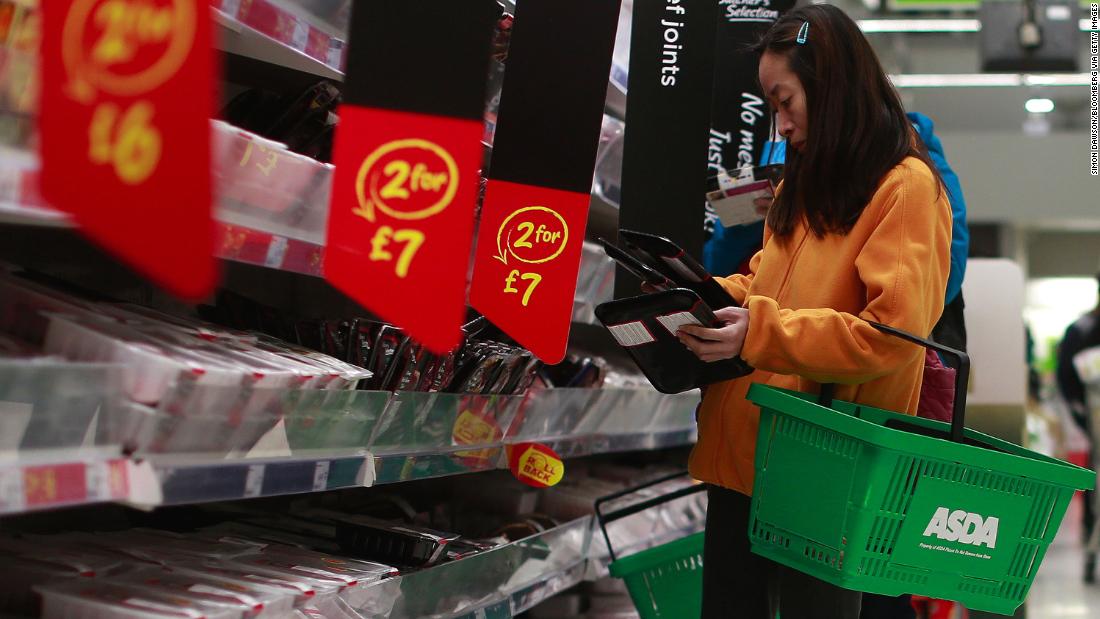 The United Kingdom has taken a big step towards securing a Brexit deal with the European Union. For businesses, the agreement would deliver much-needed certainty about the next two years.

Here's how the deal would affect business, markets and the economy.

UK Prime Minister Theresa May is expected to give a speech outside 10 Downing St after the Cabinet meeting on the UK's draft deal with the European Union concludes, Downing Street said.

Among those at the meeting is UK Brexit Secretary Dominic Raab, who took over the role after David Davis resigned in July over the Brexit deal put forward by May. A long-standing supporter of leaving the EU, Raab was ridiculed last week for comments he made on trade. 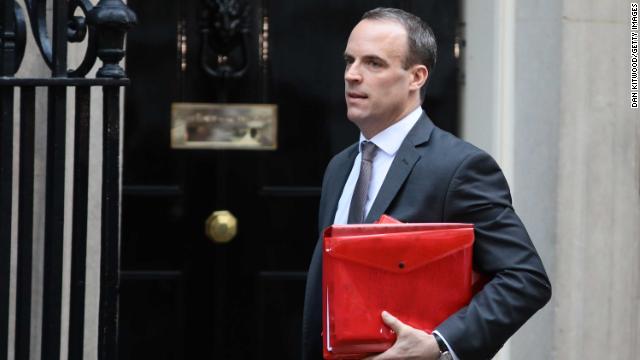 Also present is Chancellor of the Exchequer Philip Hammond, a pro-Remain figure who has previously warned that the government would be forced to implement an emergency budget should the Prime Minister fail to secure a Brexit deal.

While Conservative lawmakers debated the draft agreement, demonstrators on both sides of the debate sought to make their voices heard.

Opponents of Brexit demonstrated outside Parliament with banners proclaiming "Stop the Brexit mess!"as May addressed lawmakers during Prime Minister's Questions. 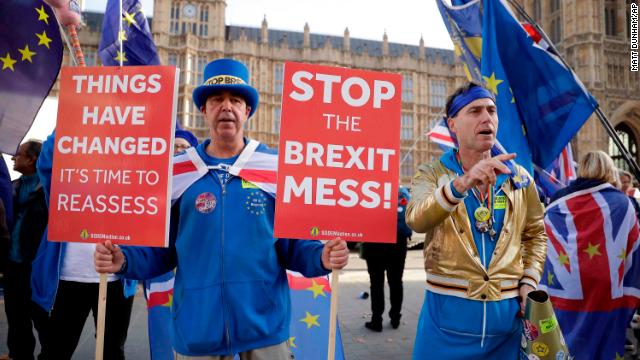 Meanwhile, Brexit supporters marched in Whitehall, calling for Britain to "take back control" through a definitive break with the EU. 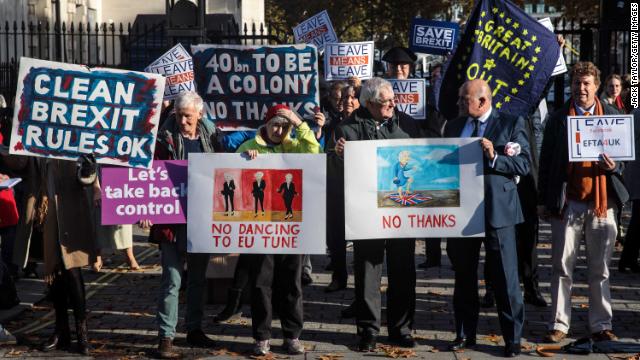 Ministers have gathered in Downing Street for a Cabinet meeting at which Prime Minister Theresa May must persuade doubters and critics to get on board with the draft Brexit deal agreed with the European Union.

The meeting was preceded by a swirl of media speculation over possible ministerial resignations if May fails to win their backing.

At the same time, ambassadors from the EU's other 27 states are meeting in Brussels, Belgium, to discuss the agreement.

May is expected to give a statement later updating the nation on the outcome of the Cabinet meeting.

Earlier, answering questions in the House of Commons, she told lawmakers: "We will not rerun the referendum, we will not renege on the decision of the British people. We are leaving the EU on March 29, 2019.

"The British people are very keen to see an end to the free movement of people, and we will deliver."