What it looked like: Over two weeks, nations finalized how to implement the goal of limiting global warming to significantly less than two degrees.

On Saturday, there was deadlock at COP when the United States, Saudi Arabia, Russia and Kuwait objected to a proposal to “welcome” a major climate change report that was released in October.

The report by the UN Intergovernmental Panel on Climate Change states there must be substantial efforts before 2030 to limit warming to 1.5 degrees Celsius to prevent drastic consequences.

The US, Saudi Arabia, Russia and Kuwait -- all major fossil fuel producers – said they would “note” the scientific conclusions, rather than welcome them.

It might seem like a small difference, but many countries felt that “welcoming” the report would be an important signal that its findings would be addressed.

A US state department spokesman said:

Watch CNN's special report on the cost of beef.

Protesters took to the streets of Katowice today holding placards that read "political change, not climate change," "act now or swim later," and "welcome to coal 24."

Read more about COP24 taking place in the heart of Poland's coal country.

As the first week of COP24 draws to a close we look back at the progress so far.

Read more about what's at stake and what's yet to be decided. 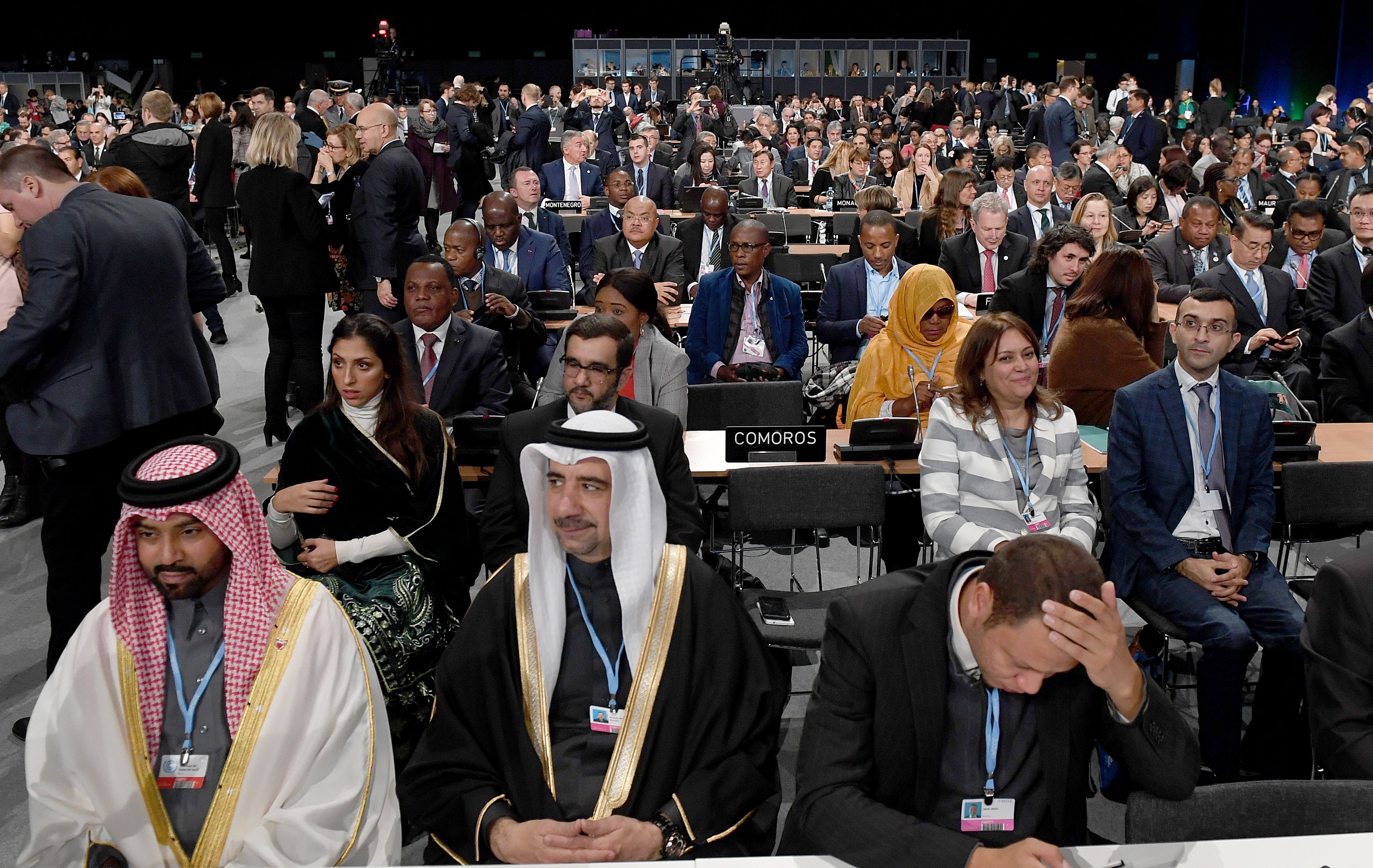 Speaking at a press conference for YOUNGO, the official youth constituency of UN Climate Change, young people set out their guidelines for how the Paris Agreement should be implemented.

“Rich countries' addiction to fossil fuels has caused irreparable harm to the world’s most vulnerable people. Someone has got to pay. So rich countries must take action on loss and damage now.”

While another spokesperson stressed the importance of engaging youth on the topic of gender and climate justice:

We are the individuals who will have to live in a world we are creating and we should have the power to change and shape what it looks like."

Last week, YOUNGO members also gathered to discuss their policy position during the annual Conference of Youth in Katowice.

Another stark reminder of the harm caused by climate change comes with a report that the rate at which Greenland is losing its ice is accelerating.

Greenland’s ice sheets are melting at a rate 50% higher than pre-industrial levels and 33% above 20th-century levels, according to a study published Thursday in the scientific journal Nature.

Sarah Das, an associate scientist at the Woods Hole Oceanographic Institution and co-author of the study, said:

“Climate change -- whether it’s in Greenland or in your backyard -- is here and already happening and already impacting people.”

The study found that ice loss is driven primarily by warmer summer air, and that even small rises in temperature can trigger exponential increases in the ice’s melt rate.

“As the atmosphere continues to warm, melting will outpace that warming and continue to accelerate,” says Luke Trusel, an assistant professor at Rowan University and study co-author.

Thursday's coverage of COP24 has now come to a close.

Today was Youth Day at the conference, with young climate activists calling for their voices to be heard.

Tomorrow, children passionate about the environment will share their message at the annual Conference of Youth.

Summer heatwaves in the United Kingdom are 30 times more likely thanks to human-induced climate change, according to a new report from the country's national weather service.

Presented at COP24 today, the report shows that the UK has an approximately 12% chance of average summer temperatures being as high as in 2018, the hottest summer on record.

Under "natural" climate conditions such temperatures would typically have a less than 0.5% chance of occurring.

Read more on this report.

"We now live in a climate in which heatwaves occur more frequently and, depending on the choices we make around greenhouse gas emissions, we could reach a point in the future when we can expect a hot summer like that of 2018 to occur every year."

Related: UK summers could be over 5 degrees Celsius hotter by 2070

A new report presented at COP24 finds that wealthier countries are not paying their fair share towards tackling climate change.

It calls for rich countries to urgently invest more not only towards domestic efforts, but also to actions beyond their borders.

The report is backed by international trade unions, faith and other civil society groups, and NGOs - including WWF, Friends of the Earth, and Oxfam.

“(It) can’t be fair that people who’ve lived in complete harmony with nature, who’ve imprinted the lightest carbon footprint on the planet, are suffering … as a result of the carbon pollution from the rich minority."

Friends of the Earth International Climate Campaigner Rachel Kennerley shared this photo from the event.

Without financial support, poorer countries will not be able to ramp up their climate ambition fast enough and will not meet Paris Agreement goals, according to the report.

The poorest half of the world receives less than one-tenth of the global total income, and generates almost no emissions, the report says. "It follows that they cannot be equally asked to shoulder the burden of climate action," it adds.

A report published yesterday revealed that global CO2 emissions are set to hit an all-time high this year.

This is mostly due to an increase in global coal use, as well as increased emissions from transport.

Read more on the report here. 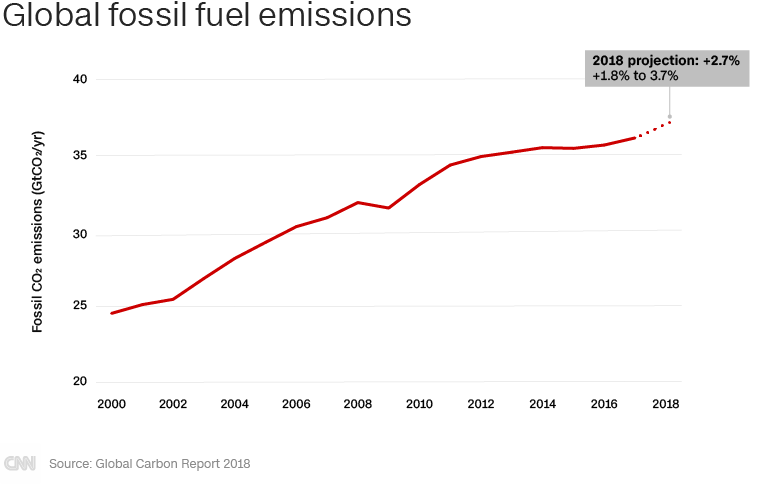 'Writing is on the wall'

China, the US, India, Russia, Japan, Germany, Iran, Saudi Arabia, South Korea and Canada are listed as the biggest emitters. The EU as a whole ranks third.

"Political leaders can see the writing is on the wall. If we don't bend the curve on rising emissions we will not be able to deal with the impacts."