More than 100 people have died in Western Europe and hundreds more are missing following catastrophic flooding in the region, caused by what experts described as the heaviest rainfall in a century.

In the hard-hit district of Ahrweiler, in Germany's southwest Rhineland-Palatinate state, the number of deaths is on the rise, authorities told CNN Friday.

"There is no end in sight just yet," Ulrich Sopart, a police spokesman in the city of Koblenz, told CNN. There are currently 1,300 people unaccounted for Ahrweiler, he said, adding that authorities are hopeful that they will be able to revise down that number as the rescue operation continues and phone lines are restored.

North Rhine-Westphalia, Rhineland-Palatinate and Saarland state have been the worst affected by what authorities have called the heaviest rainfall in a century. Extreme rainfall totals were observed Wednesday into Thursday morning across much of western Germany and the Benelux region of Belgium, the Netherlands, and Luxembourg.

Widespread swaths of these regions saw 24-hour rainfall totals between 100 and 150 millimeters (3.9-5.9 inches), which represent more than a month's worth of rainfall in this region, according to CNN meteorologist Brandon Miller.

In neighboring Belgium, 12 people have died, authorities said Friday, with five people in the southern region of Wallonia still unaccounted for. 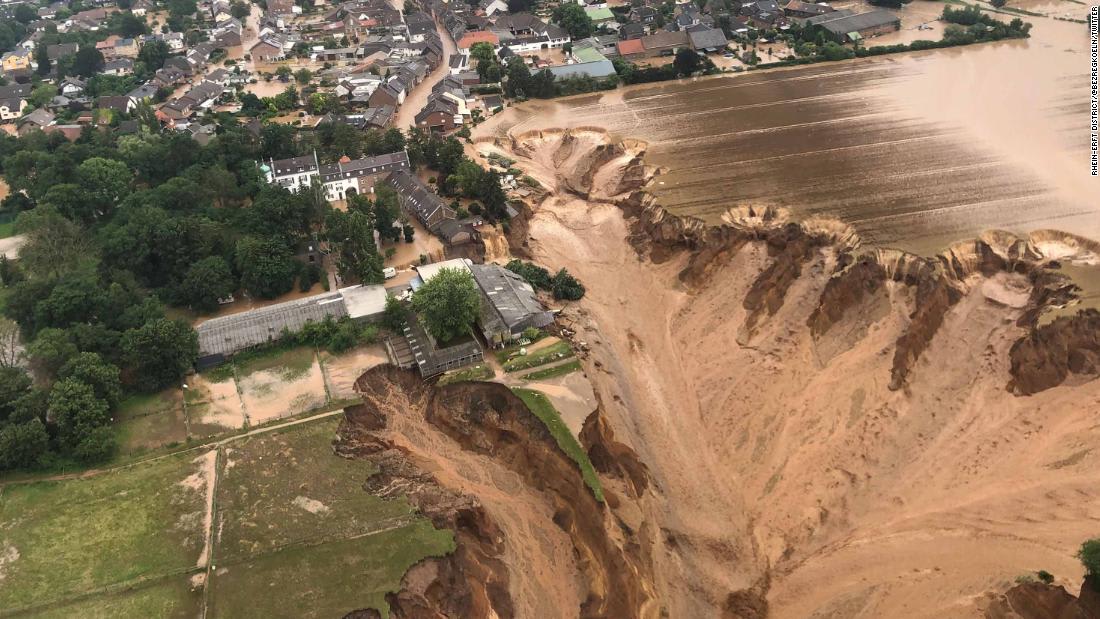