Marine Le Pen's populist National Rally party has come out on top in the European elections in France, according to exit polls. Those results will be a major blow to pro-EU President Emmanuel Macron and his party La République En Marche.

Le Pen's National Rally is estimated to have received 23.2% of the vote, while Macron's received 21.9%.

Le Pen was Macron's rival in the final round of the 2017 French presidential election. That election was seen a binary choice between the far-right and a pro-European.

Ireland's Green Party has also made big gains this year, according to estimates provided by the EU. They party is set to take the first seats it's held in the EU parliament in 20 years.

Meanwhile, Taoisearch Leo Varadkar's Fine Gael Party (FG) is leading estimates with 29% of votes -- which is double the amount of support that any other party has received.

Ireland will be allocated a total of 11 seats in parliament, however once the UK leaves the EU it will increase to 13.

As previously projected, Dutch Labor Party PvDa of European Commission Vice President Frans Timmermans is coming first in the Netherlands at 18.10%. That's double the amount of votes it received in the 2014 EU election.

It's a surprise victory for Timmermans, whose Euroskeptic challenger Thierry Baudet -- who has been described as the "suave new face of Dutch right-wing populism" -- had been topping the polls in this year's election.

Voter turnout was also higher this year in the Netherlands, according to statistics published by the European Parliament. See what turnout has been like since 1979 below:

Germany's Greens have celebrated to their surge in the Germany polls in the European parliamentary elections by calling it a "signal for more climate protection."

Sven Giegold, a MEP from the party said the Greens would "carry the voice of the climate movement from the streets to Parliament and work for European cohesion."

"Today was a Sunday for future, it was an election of choice and people have chosen climate control and a Europe of solidarity."

While top candidate Sven Giegold said they took the results "as an assignment to finally take action" on climate. 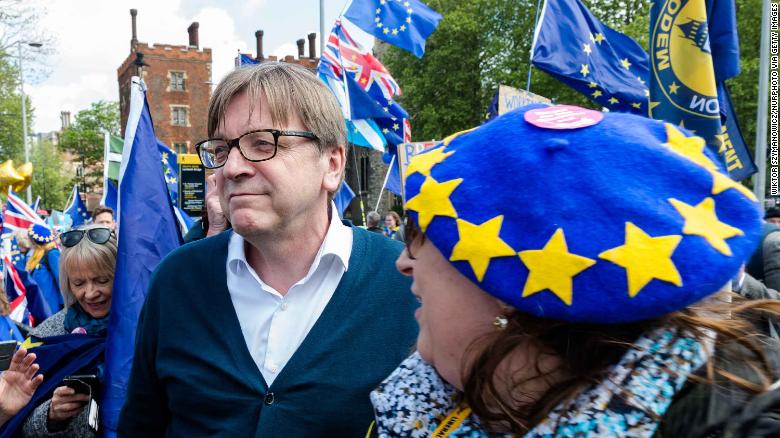 Early exit polls suggest that one of tonight's narratives could be a surge in support for parties that are pro-European but also pro-EU reform.

Earlier this week, CNN's Luke McGee interviewed Guy Verhofstadt, the leader of the Alliance of Democrats and Liberals for Europe. Verhofstadt warned that without reform, the European Union would "die from inside" and that this union, left as it is, "will not survive the 21st century. Read the full interview here.

An exit poll from CNN affiliate ORF suggests that Austria's populists have lost some support.

The full breakdown is below:

The Green Party has surged in Germany while the far-right Alternative for Germany (AfD) party suffered a dip in votes compared to the federal elections in 2017, according to an early exit poll. While the Greens are a pro-European party, they've been critical in how the EU currently operates and has campaigned for reforms.

The Christian Democratic Union of Germany (the party of German Chancellor Angela Merkel) received 28% of the vote, according to an exit poll by CNN affiliate ARD. While the Greens received 22%.

It's also important to note that Germany sends the most MEPs to Brussels and Strasbourg out of all EU countries.

European Commission President Jean-Claude Juncker lashed out at "stupid nationalists" on the eve of European elections in which euroskeptic politicians are expected to make gains in the European Parliament.

In an interview with CNN on Wednesday, the outgoing president said he was only too aware of the threat that nationalist politicians pose to European solidarity, which Juncker called the "main objective of the EU."

Some polls projected that populists may become the most powerful group in the parliament following this week's elections in all 28 EU nations, resulting in a lasting impact on the future of the bloc and the continent at large. "These populist, nationalists, stupid nationalists, they are in love with their own countries," Juncker told CNN in his Brussels office.

When asked why he thought that anti-EU forces were more successful in mobilizing their base than pro-Europeans, Juncker replied: "It's always easier to mobilize negative forces than to mobilize positive forces." 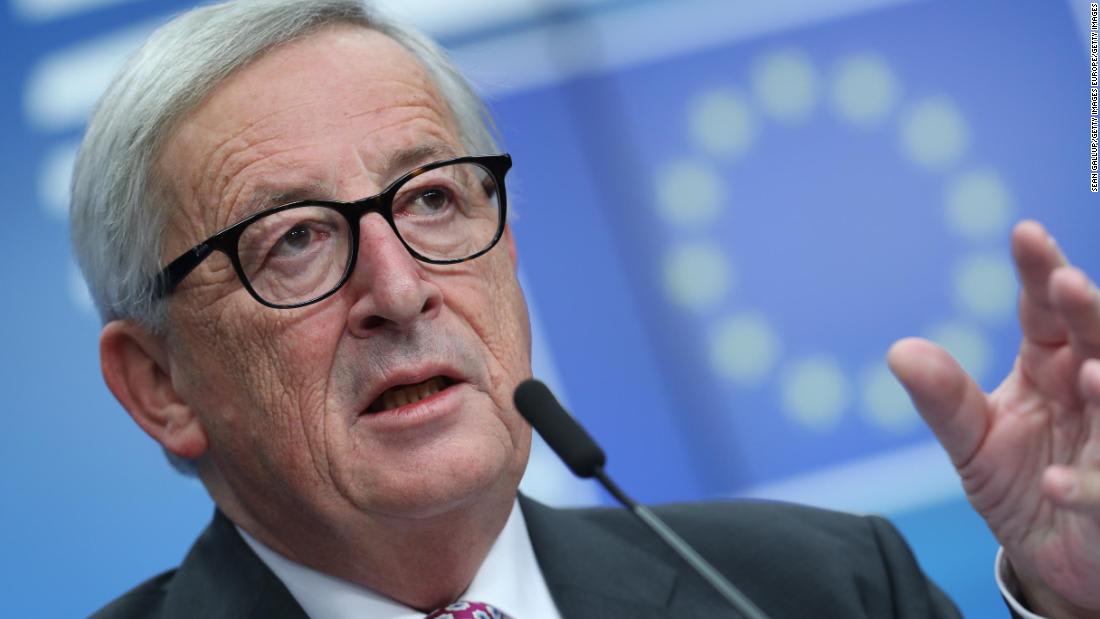 Juncker lashes out at 'stupid nationalists' on eve of European elections

Voter turnout across several European countries is much higher than the last election in 2014, according to officials.

Numbers were significantly higher in Spain, the Spanish interior ministry announced Sunday, where 34.68% had voted by 8 a.m. ET (2 p.m. CET). In the last EU parliamentary elections only 23.87% had voted by then, the ministry says.

Meanwhile in Germany -- which sends the most Members of European Parliament (MEPs) to Brussels out of all the European countries -- was up at 29.4% compared to 25.6% in 2014, the German federal election commission said. That, too, was recorded at 8 a.m. ET (2 p.m. CET).

The Hungarian National Election Office also reported that voter turnout at 9 a.m. ET (3 p.m. CET) had already exceeded the turnout for the entire day in 2014's elections. It said voter turnout in Hungary was at 30.52%, compared to 2014 when the total voter turnout was 28.97%.