Our live coverage has ended, but scroll through the posts to read more about the strikes.

CNN's Melissa Bell is out among the protesters near Paris' Gare du Nord. She reports that "this is one of those strikes that can be rolled over, day after day."

"So there are fears if the momentum is right, it could cause much more chaos than simply today," Bell adds.

The CGT trade union announced on Thursday afternoon that Paris transport operator RATP will prolong its strike until Monday, severely impacting transport in the capital.

Demonstrations in Paris are getting underway now. Large crowds gathered ahead of the march officially kicking off around 2 p.m. (8 a.m. ET).

Adrien Caron, a 31-year-old plumber, told CNN he came out to demonstrate because of the pension reforms Macron has proposed.

I'm worried for my children and their future. I do a hard job with conditions that are not liveable. They want me to work until I'm 70. It will be even worse for them, my children. Where are we going to go?"

He said the protesters "want to show that we're here and we don't want to let it happen."

Caron continued: "The president looks like he’s not hearing us. The elders did it why not us. It's a pain in the a**, I'm losing a salary too. But it has to be done. If no one takes to the streets, we're gonna get screwed. I can't say I didn't do anything."

Shops and banks near the Gard du Nord train station in the French capital have prepared for Thursday's protests by covering their windows with wooden boards. 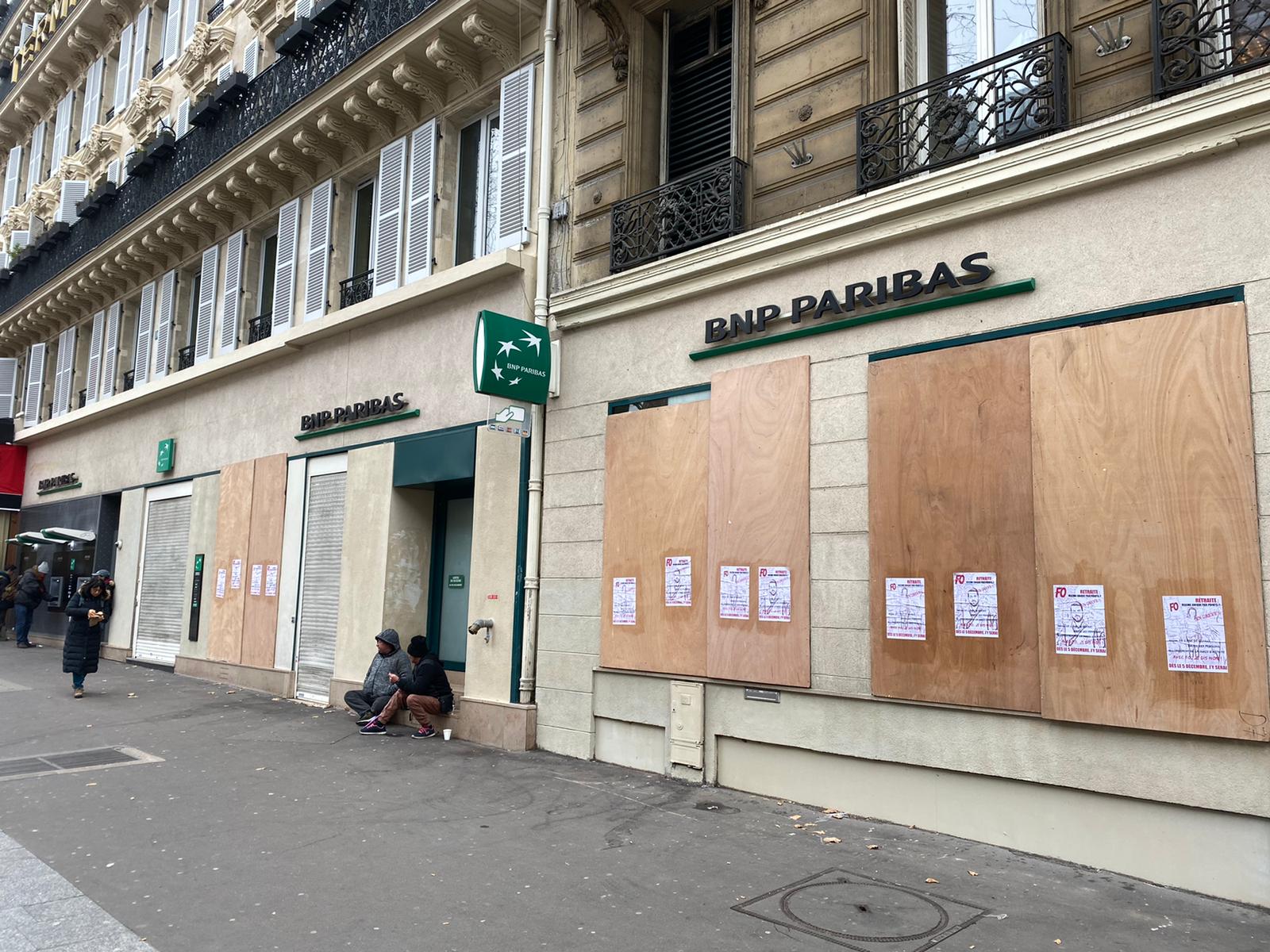 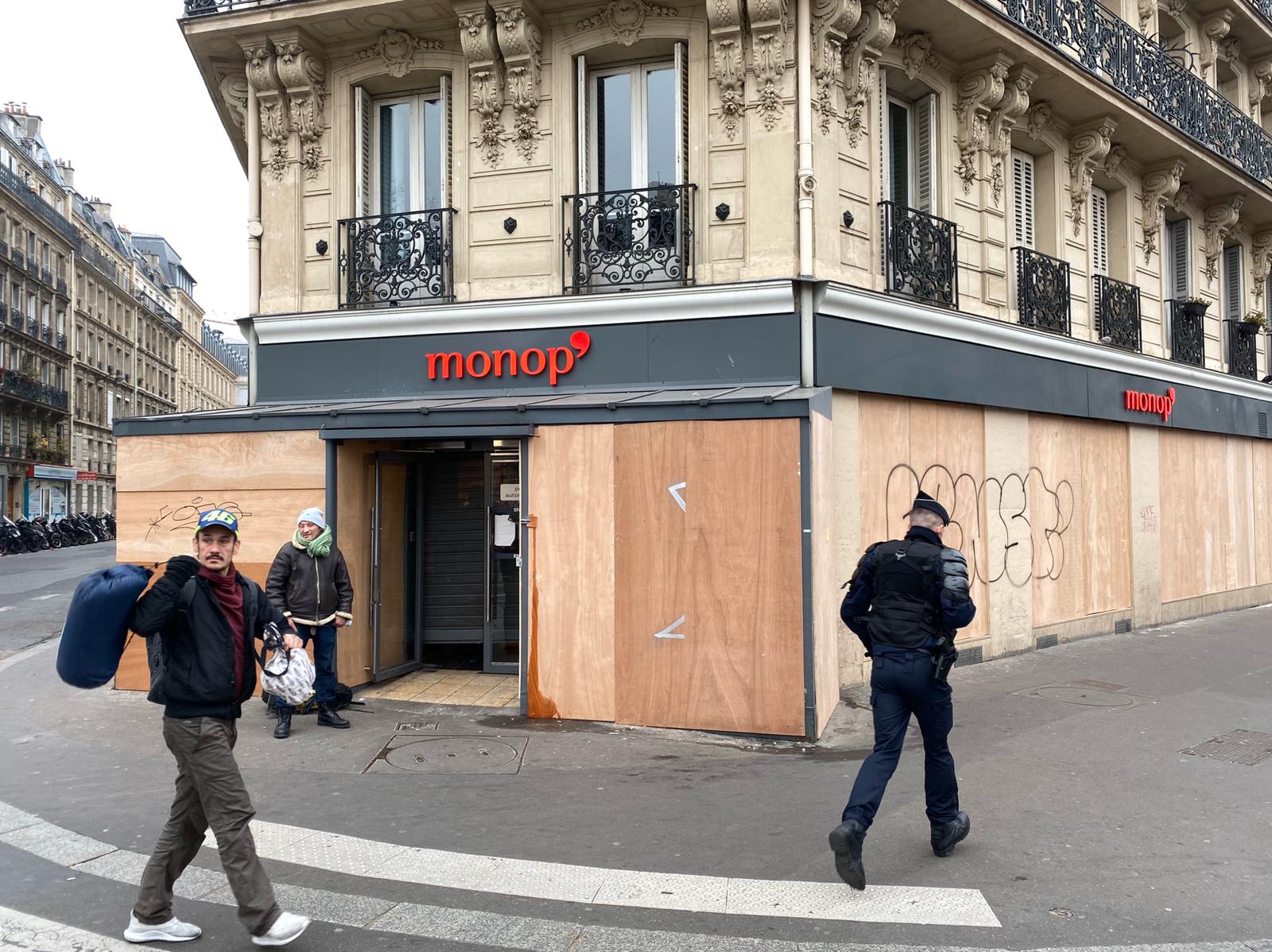 Pictures from the scene showed police using tear gas and shields to push back the protestors.

Over 200 demonstrations are planned across the country.

In Paris 6,000 police officers have been deployed, and authorities have issued a decree forbidding the protestors from gathering on the Champs-Élysées or at police stations.

By noon (6 a.m. ET), police had detained 18 people for questioning and carried out 3,119 preventative checks in the French capital.

Sharing a link to an official page telling the public how to monitor the protests, the government tweeted: "Stay careful during demonstrations, your safety is our priority."

French officials have taken the decision to shut the Eiffel Tower Thursday in preparation for nationwide strikes over President Emmanuel Macron's pension reforms.

The landmark does not “have sufficient staff to open the monument,” according to a press release.

France's strikes are expected to bring lots of travel disruption to the country on Thursday with 90% of trains and 20% of domestic flights canceled.

In Paris, 11 of the 16 metro lines will be completely closed, and the Eurostar expects only half of its trains to be running on Thursday and Friday.

The last time France reached for a universal pension system, Jacques Chirac was President, Alain Juppe was his prime minister and, like today, a wave of freezing cold weather had descended on the country.

After 2 million people took to the streets and nearly three weeks of near total paralysis, the pension reform was dropped. It hadn't been attempted since. Until now.

President Emmanuel Macron has announced reforms that would put an end to the 42 retirement schemes currently in place in France.

His proposal: Schemes, which include special provisions for certain professions, like rail workers and train drivers who benefit from early retirement, would be unified into a single points-based system that would give all workers the same rights.

What's driving concern? Many fear that under Macron's new universal retirement system, they will have to work longer for less, even though the official retirement age in France is 62 -- one of the lowest among the 36 countries belonging to the Organization for Economic Co-operation and Development (OECD).

What to expect Thursday: Ambulance drivers, teachers, police unions, postal workers, hospital workers are expected to join the strike. And for the first time, yellow vests will be joining the unions in their protests.

In Paris alone, 300 of the capital's 652 primary schools will be closed because of the strike action. And 6,000 police officers will be deployed in Paris for rallies across the city, with protests on the Champs Elysees, Matignon and police stations forbidden. 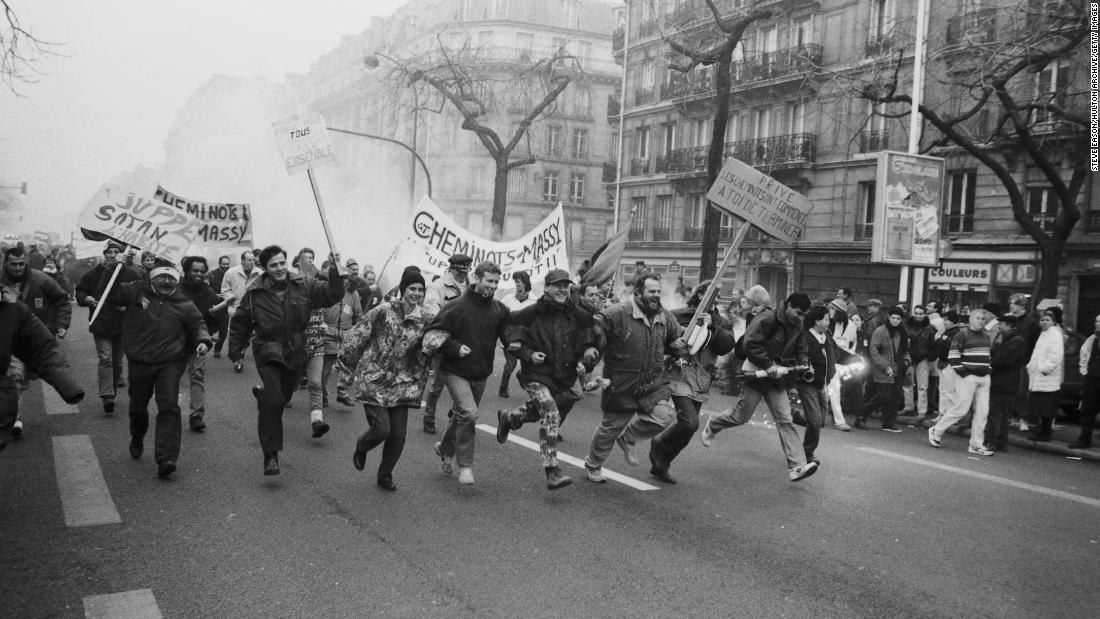