By Meg Wagner and Luke McGee 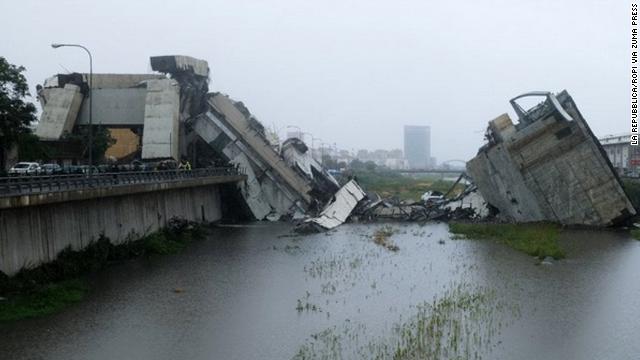 Italy’s deputy Prime Minister and Interior Minister Matteo Salvini said that 200 firemen are on the scene. They're following the situation “minute by minute."

Emergency services are attending to people after the Morandi Bridge near Genoa collapsed. 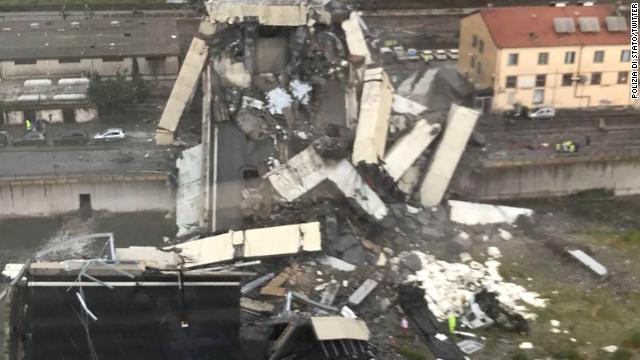 Several people have died after a section of a highway bridge in Genoa collapsed on Tuesday, according to rescue sources cited by Italian news agency ANSA.

The unnamed sources told ANSA that several crushed vehicles are under the rubble with dead people inside, without providing a specific number of casualties.

ANSA reports around 10 vehicles are involved, after a large section of the Morandi viaduct upon which the A10 motorway runs gave way amid torrential rain. The viaduct runs over shopping centers, factories, some homes, the Genoa-Milan railway line and the Polcevera river.