Our live coverage has ended. Go here or scroll through the posts below to read more about the wildfires.

"In these difficult times, all us Greeks need to stand united at the side of our fellow citizens who suffer," the team said in a statement on their website.

Around 500 firefighters are currently battling the five deadly major wildfires around Greece, a fire official said.

There are 71 adults and 11 children who have been hospitalized as a result of the fires across Greece, Greek National Fire Brigade spokeswoman Stavroula Malliri said Tuesday. They are among the 164 adults and 23 children she described as injured earlier.

One fire is to the east of Athens near Kineta; one to the west of Athens in Kallitexnoupolis, near Mati; one near Corinth and two in Crete in the Chania region.

Around 500 firefighters are battling these 5 major fires in different parts of the country, she said.

The search for missing people is being carried out by patrol groups of 130 people from the Armed Forces and the Fire Brigade in the areas of Neos Voutzas, Mati and Rafina, she added. 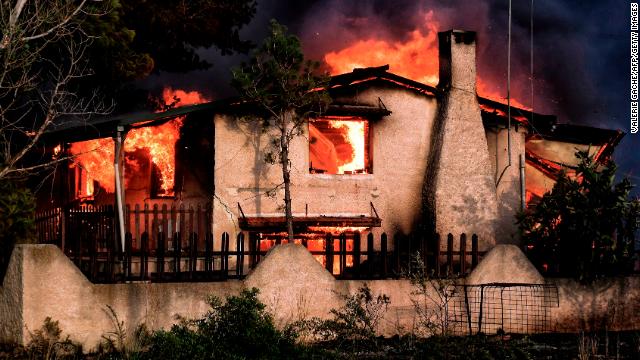 In addition to the deaths, officials report that...

Wildfires have also hit the western coast of Attica coast. Alexis Kastanias filmed video of smoke billowing from wildfire over the town of Kineta, where he owns a beach home.

"The sky was yellow from ashes. It was scary,” he told CNN.

He later went to check his house and took a video of flames and smoke engulfing trees there: 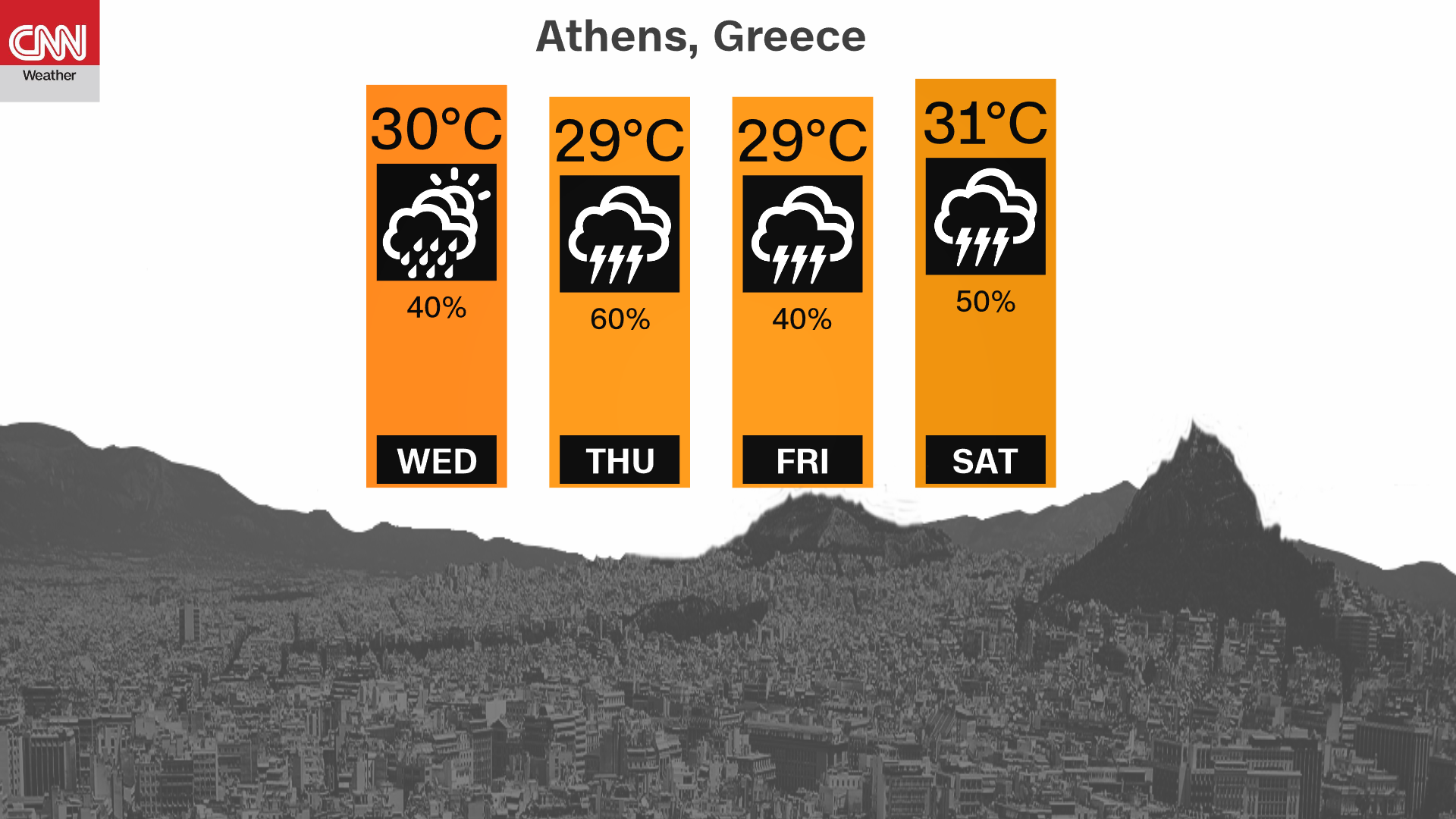 There are slight chances for rain in the forecast for Athens this week. Most of the rain chances are at least 30%, with Thursday looking like the most likely day for rainfall.

But that's not necessarily good news: These will be hit-and-miss afternoon-type storms, and they will not produce too much rainfall. In fact, they can end up making firefighting efforts harder by increasing winds and swirling the wind directions. 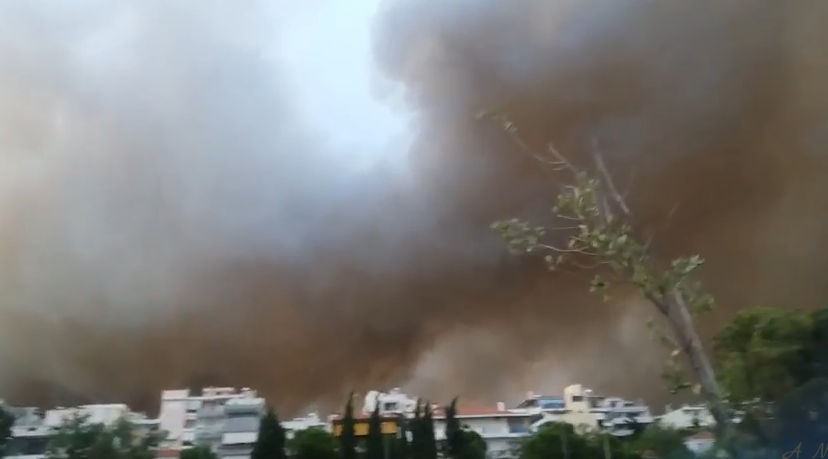 Anastasiya Pontikas, 32, and her husband live in Rafina, a port town on Greece’s eastern coast which has been heavily hit by wildfires.

She fled her home yesterday and tried to escape to the beach — but traffic made it impossible. They took shelter in a parking lot instead, where she shot video of the scene.

"So we took water and some things and we tried to go to the beach, but there were a lot of cars and it was impossible, so we stayed in the parking lot," she told CNN. "The wind became stronger and black smoke was coming for us. We could not breathe, panic started everywhere.”

"When we came back home to see what happened, all the trees in our street were still on fire," she said.

Here's the video she took:

As wildfires rage in Greece's Attica region, strong winds over 60 mph (or more than 100 kph) near Athens fanned the flames — increasing their intensity and coverage.

"Attica is facing a very difficult night. The combination of intense winds and multiple parallel fronts has created an unprecedented extent and difficulty for firefighters," Tzanakopoulos said in a briefing late Monday. 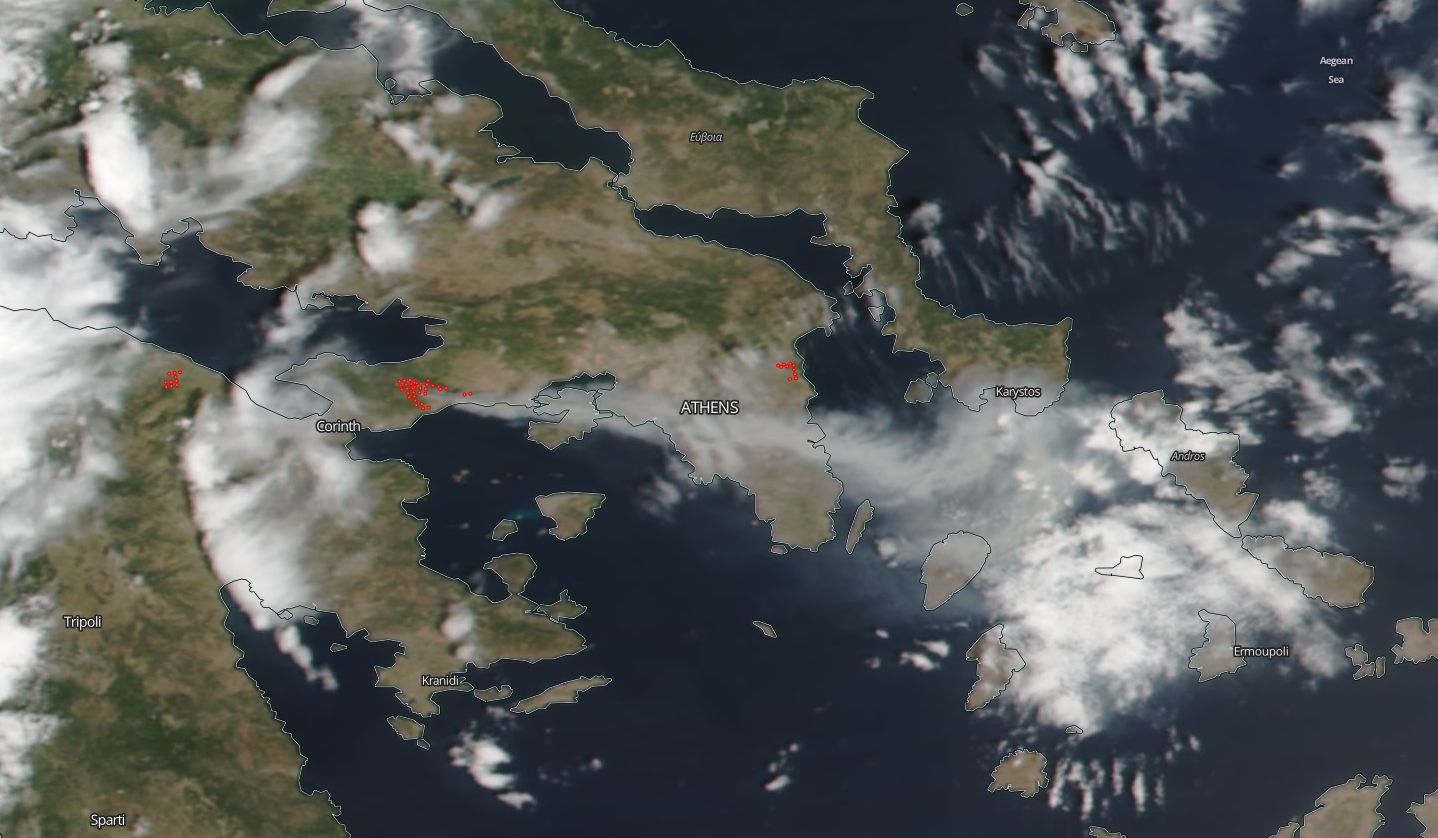