Our live coverage of British Prime Minister Theresa May's no-confidence vote has ended. Scroll through the posts below to see how it unfolded or follow CNN International.

Theresa May can rest easy for another 12 months — sort of. The result tonight means that she will not face another rebellion vote from within her own party for another year.

But here's the thing: That doesn't mean her government won't face a confidence vote in the House of Commons. Nor does it mean that she can pass the all-important Withdrawal Agreement.

Tomorrow morning, she heads to Brussels where she will once again be confronted by the dire reality of her situation: This is a leader stuck between a Parliament that will not back her deal and a European Union that will, as things stand, not offer her a better deal.

So it's a victory, but it comes with caveats.

Speaking at the steps of Downing Street after winning a confidence vote by Conservative lawmakers, Prime Minister Theresa May said she had listened to those who voted against her.

“A significant number of colleagues did cast a vote against me and I have listened to what they said,” May said.

She went to say that she needed “to get on with the job of delivering Brexit.”

She said the government’s mission was to “deliver the Brexit that people voted for, bringing the country back together and building a country that truly works for everyone.”

Here's more from her statement:

"That must start here in Westminster, with politicians on all sides coming together and acting in the national interest. For my part I've heard what the House of Commons said about the Northern Ireland backstop, and when I go to the European Council tomorrow, I will be seeking legal and political assurances that will assuage the concerns that Members of Parliament have on that issue.
But while delivering Brexit is important, we also need to focus on the other issues that people feel are vital to them, that matter to them day to day, the issues that we came into politics to deal with: building a stronger economy, delivering first class public services, building the homes that families need. We owe it to the people who put us here to put their priorities first. So here is our renewed mission -- delivering the Brexit that people voted for, bringing the country back together and building a country that truly works for everyone."

Arch-Brexiteer Jacob Rees-Mogg told a British broadcaster Wednesday “of course I accept this result” of the confidence vote in favor of Prime Minister Theresa May.

However, he went on to say that she should resign.

May won the confidence vote by Conservative lawmakers by 200 to 117.

UK Prime Minister Theresa May has survived a vote of no-confidence triggered by members of her own party over her handling of Brexit.

The results were announced by Graham Brady, a member of parliament who chairs the 1922 Committee, which represents Conservative lawmakers in the House of Commons.

Voting by secret ballot began at 6 p.m. local time (that's 1 p.m. ET) after May made her final pitch to lawmakers promising them she wouldn't fight the next general election in 2022.

A pro-May MP told CNN the Prime Minister "got a real grilling, but overall solid support" as she made her case to MPs.

Wednesday's no-confidence vote could not have come at a worse time for May, who had been criss-crossing Europe to beg EU leaders for help passing her Brexit deal through UK Parliament.

May was forced to postpone a vote on the deal on Monday when it became clear her bill would face a humiliating defeat.

It buys her time: The Prime Minister's victory protects her from another leadership challenge from within her own party for 12 months.

But the result will not offer any assurances to the Prime Minister's supporters that she is able to get her all-important Brexit deal through the UK's Parliament. 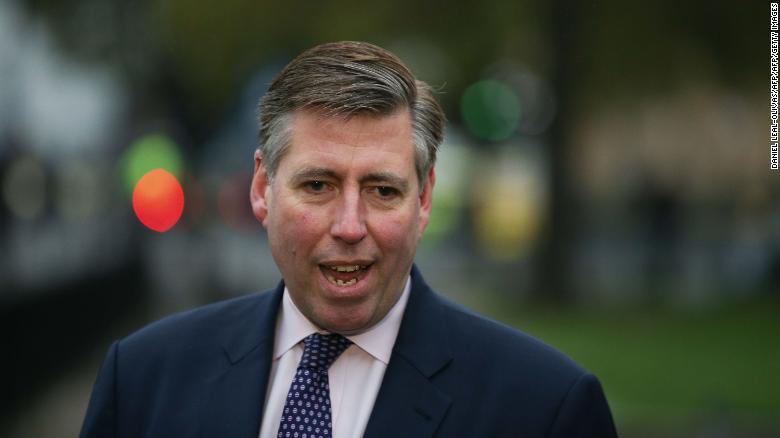 The 1922 Committee represents rank-and-file Conservative Members of Parliament in the House of Commons. The group has the power to unseat the leader of their party.

Conservative member of Parliament Robert Halfron just tweeted a photo from inside Committee Room 14, where other members of his party have gathered to hear the results of the vote of no-confidence.

It's just after 3 p.m. ET, which means the no-confidence vote has closed.

The vote — where Conservative Party members vote that they either have faith or do not have faith in party leader and British Prime Minister Theresa May — was done by secret ballot.

If she loses the no-confidence vote she'll be out as the Conservative leader, and she'll likely outline when she will stand down as UK Prime Minister.

We'll update you here as soon as we know the results.