The attacker had been employed by the police in an administrative capacity since 2003.

France's former interior minister Gerard Collomb has expressed his condolences to the victims of the Paris attack in an emotional tweet.

“I’ve learned with emotion the tragedy that occurred at the beginning of the afternoon at the police headquarters of Paris. All my thoughts are of course with the families of the victims,” Collomb, who is now mayor of Lyon, said.

“I also want to express my support to all the staff, whose emotions I can’t even imagine at this moment," he added. 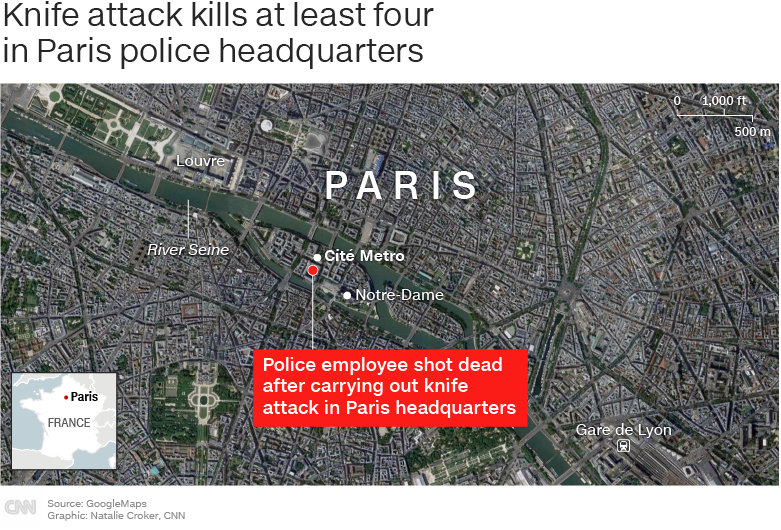 French President Emmanuel Macron is now at the site of the deadly attack on Paris' police headquarters.

"The President of the Republic went to the police station to show his support and solidarity to all the staff," the Elysee Palace said in a statement.

Paris Mayor Anne Hidalgo has confirmed that “several police officers" lost their lives in Thursday's attack on the city's police headquarters, adding that her thoughts were with their families.

“Paris cries for its own this afternoon after this terrible attack at the @prefpolice. Heavy casualties, several police officers lost their lives. On my behalf and that of Parisians, my first thoughts go to the families of the victims and their loved ones," Hidalgo said on Twitter.

“During the Paris Council, we will pay tribute to the victims and will salute the unfailing commitment of police forces serving the security of Parisians. We know what we owe them."

Four people have been killed in the stabbing at the Paris police headquarters, according to CNN affiliate BFM TV.

Loïc Travers, a police union secretary, told BFM TV that five were dead, including the attacker.

The motive of the attacker, who was a longtime administrative employee for the police, is still unknown.

“He has been with us for over 20 years," Travers said, speaking outside the police headquarters.

Security officials, police, firemen and other emergency responders could be seen out in force on Île de la Cité, the island in the center of Paris where the police headquarters was attacked.

The island is also home to Notre Dame cathedral 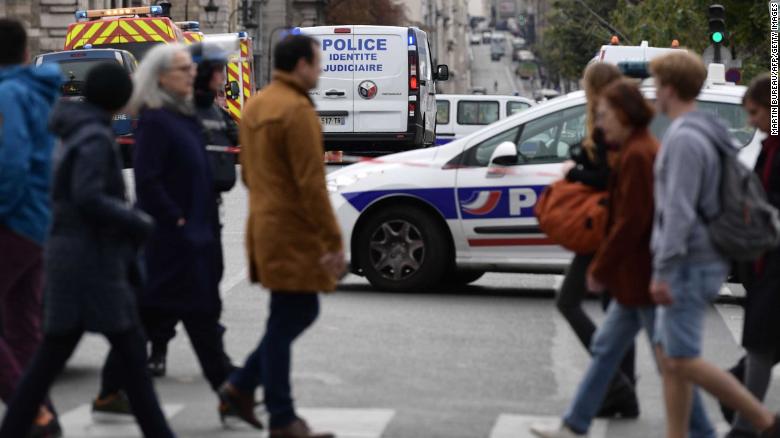 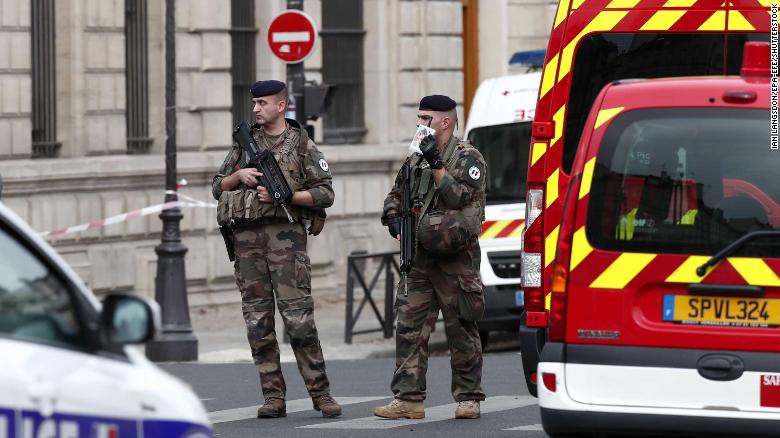 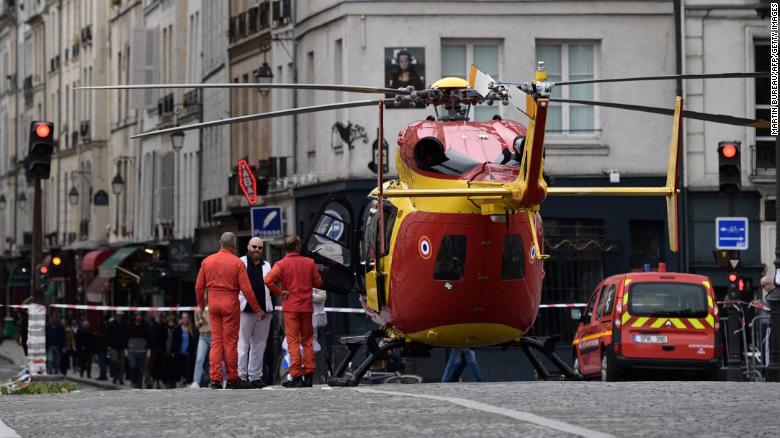 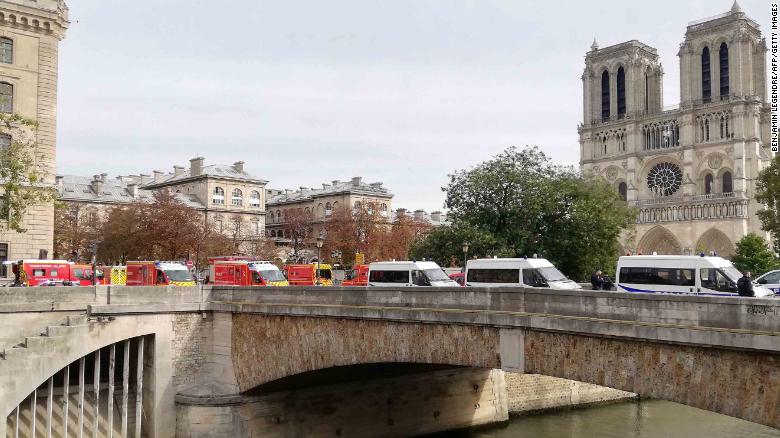 The Cité metro station in Paris was closed Thursday afternoon as a security measure, the French metro body said on Twitter.

The station is on the Île de la Cité, where the police headquarters and Notre Dame cathedral are situated.

A police officer outside of the perimeter told CNN: “Île de la Cité is now a real island, no one can go and leave.”

An officer was killed in the knife attack inside the police headquarters in Paris, according to a police source, who warned that "the toll will rise."

The attacker was an administrative officer employed by the police, according to the same source. The assailant's motive is not yet known.

France's interior minister Christophe Castaner is heading to the scene.