As relations between Russia and Japan deteriorate over the war in Ukraine, Japan has, for the first time in almost 20 years, described four disputed islands as “illegally occupied” by Russia.

Relations between Russia and Japan have soured since the invasion of Ukraine was launched back in February, and this appears to be the first time Japan has invoked such language in almost two decades.

Japan’s Ministry of Foreign Affairs also referred to the islands, which Russia calls the Southern Kurils, as “Northern Territories” in its annual diplomatic report released Friday.

According to Japanese public broadcaster NHK, Japan has not referred to the islands as being “illegally occupied” since 2003.

The report states that Japan sees the islands as “Japanese territories over which Japan holds sovereign rights, but are currently illegally occupied by Russia.”

Located off the coast of the Japanese island of Hokkaido, the disputed territories were captured by Soviet forces following Japan's surrender to Allied Forces in 1945.

The disagreement over who has rightful ownership of these islands has resulted in one of the world's longest-running unresolved territorial disputes, causing friction between Japan and Russia for decades.

Some background: Back in 2019 the leaders of Russia and Japan said at a meeting in Moscow that they remain committed to eventually signing a peace treaty, decades after the end of World War II, but that serious differences remain over the fate of a small group of islands off the coast of Japan.

The disputed territory, located off the coast of the Japanese island of Hokkaido, consists of four separate islands: Iturup, known in Japanese as Etorofu, Kunashir, or Kunashiri, Shikotan and the islet group of Habomai.

The islands were occupied by Soviet forces at the end of WWII, when as many as 17,000 Japanese citizens were expelled. Around 19,000 settlers currently live on the islands, according to intelligence firm Stratfor. 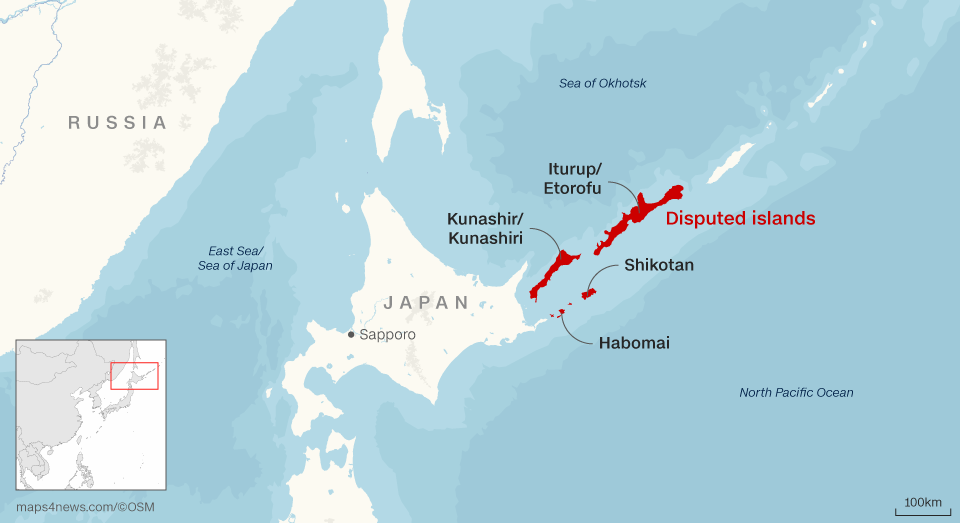 UN human rights officers have documented the "unlawful killing, including by summary execution, of some 50 civilians" in Bucha, a town on the outskirts of Kyiv, the UN Human Rights Office said Friday.

The UN Human Rights Monitoring Mission in Ukraine (HRMMU) has documented and verified at least 5,264 civilian casualties -- 2,345 killed and 2,919 injured, the UN said.

We know the actual numbers are going to be much higher as the horrors inflicted in areas of intense fighting, such as Mariupol, come to light.”

“The scale of summary executions of civilians in areas previously occupied by Russian forces are also emerging. The preservation of evidence and decent treatment of mortal remains must be ensured, as well as psychological and other relief for victims and their relatives,” Bachelet went on to say.

“Almost every resident in Bucha our colleagues spoke to told us about the death of a relative, a neighbor or even a stranger. We know much more needs to be done to uncover what happened there and we also know Bucha is not an isolated incident.”

Some background: Earlier this month, accounts of summary executions, brutality and indiscriminate shelling emerged in the wake of Russia's hasty retreat from central Ukraine. CNN teams saw dozens of bodies buried or strewn across the ground in the devastated suburb of Bucha, after a brutal occupation that lasted over a month.

The Kremlin has denied any involvement in the mass killings, while reiterating baseless claims that the images of civilian bodies on the streets of Bucha are fake.

Anheuser-Busch InBev said on Friday it would sell its stake in Russian joint-venture AB InBev Efes which will result in a $1.1 billion impairment charge in its first quarter results.

The announcement by the world's largest brewer, based in Belgium, comes after similar moves from its rivals Carlsberg and Heineken.

In March, AB InBev (BUD) suspended sales of its Budweiser brand in Russia and forfeited financial benefit from its Russian joint venture, following the lead of other major brewers in reaction to Russia's invasion of Ukraine, which Moscow dubs a "special operation."

"AB InBev today announced that it will sell its non-controlling interest in the AB InBev Efes joint venture and is in active discussions with its partner, Turkish brewer Anadolu Efes, to acquire this interest," AB InBev said in a statement. 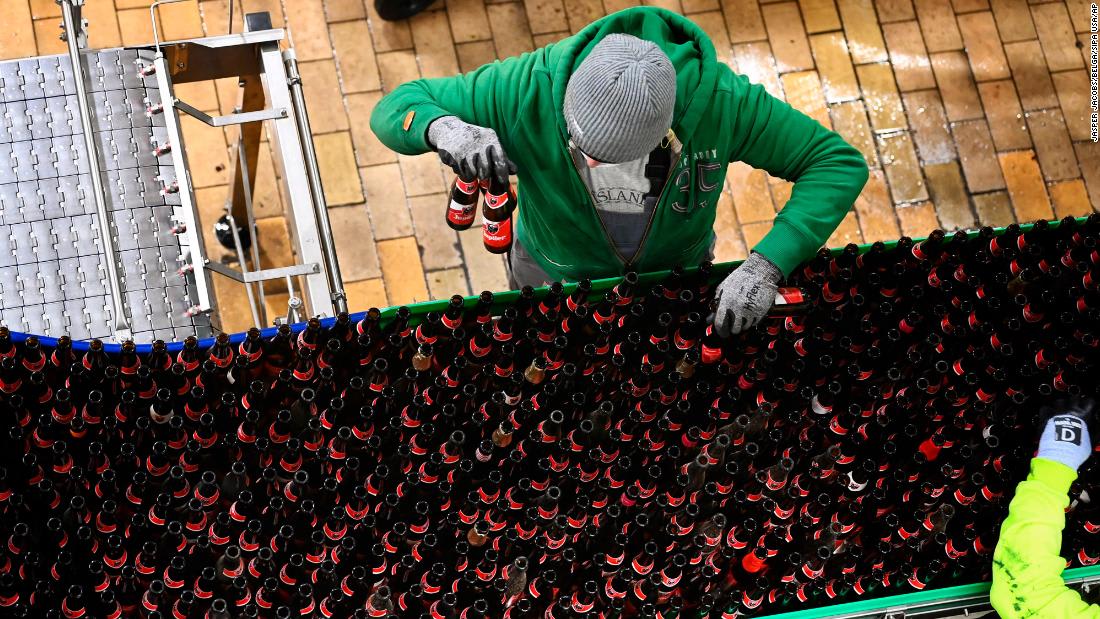 Russia has revealed that the goal of its invasion of Ukraine is to take "full control" over southern Ukraine as well as the eastern Donbas region.

The announcement by a top military official marks the first time Russia admitted it was fighting to establish a land corridor through Ukrainian territory connecting Russia to Crimea, the peninsula it annexed in 2014.

"Since the beginning of the second phase of the special operation, which began literally two days ago, one of the tasks of the Russian army is to establish full control over Donbas and southern Ukraine. This will provide a land corridor to Crimea," Maj. Gen. Rustam Minnekaev, the acting commander of Russia's Central Military District, said according to TASS, a Russian state news agency.

Minnekaev, speaking at the annual general meeting of the Union of Defense Industry Enterprises of the Sverdlovsk region, was quoted by TASS as saying the aim was to create a land corridor between Ukraine's eastern Donbas region and Crimea.

He added that control over Ukraine's south would give Russian forces access to Transnistria, a separatist statelet in Moldova, where a contingent of Russian forces has been stationed since the early 1990s.

Russian forces at present have only partial control of southern Ukraine, with the Ukrainian government still in control of the key cities of Mykolaiv and Odesa and some Ukrainian forces holding out in a steel plant in the encircled port of Mariupol.

Russia in recent weeks withdrew its forces in northern Ukraine after a failure to take Kyiv, with Russian military officials claiming that their strategic goals had shifted to taking all of the eastern Donbas region.

Asked by reporters Friday to elaborate on what territories were meant by southern Ukraine, Kremlin spokesperson Dmitry Peskov declined to comment and referred questions to the Ministry of Defense.

Ukrainian authorities have warned in recent days that Russian forces occupying the southern Ukrainian city of Kherson were planning to stage a sham referendum declaring a so-called "Kherson People's Republic" in the coming days, mirroring the Russian-backed creation of separatist republics in Donbas in 2014 that set the stage for Russia's invasion on February 24. 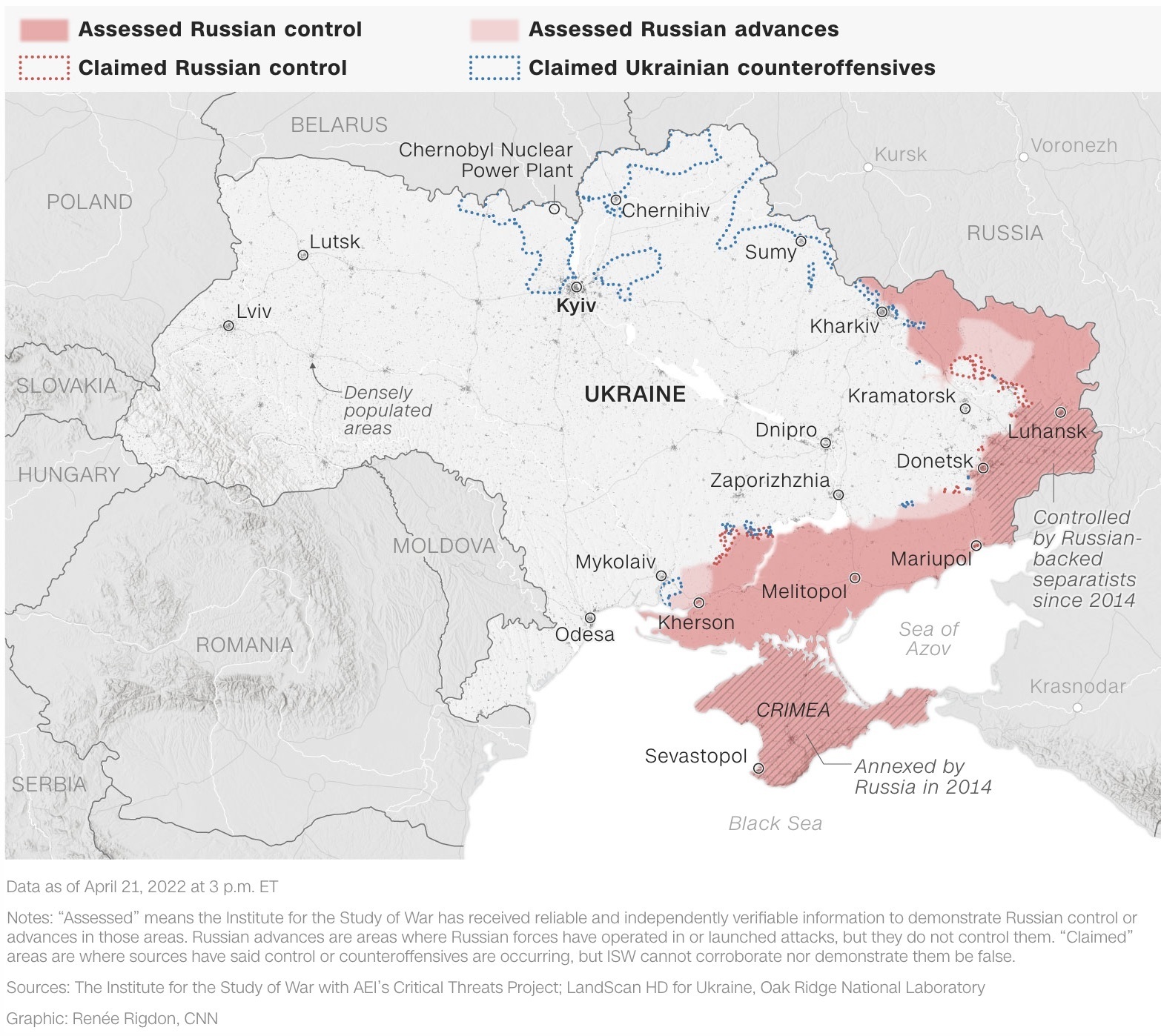 Two of India's biggest businesses are moving away from Russia, even as Prime Minister Narendra Modi refrains from taking a tough stance against Moscow over the war in Ukraine.

Tata Steel, one of the largest steelmakers in India, said on Wednesday that it has "taken a conscious decision to stop doing business with Russia."

The company, which is also one of the biggest steel producers in Europe, said it has a plan in place to ensure minimal disruption to its business.

Tata Steel is part of Tata Group, one of India's biggest multinational conglomerate.

Its announcement comes just days after Infosys, one of India's largest tech companies, said that it has started moving its operations out of Russia. 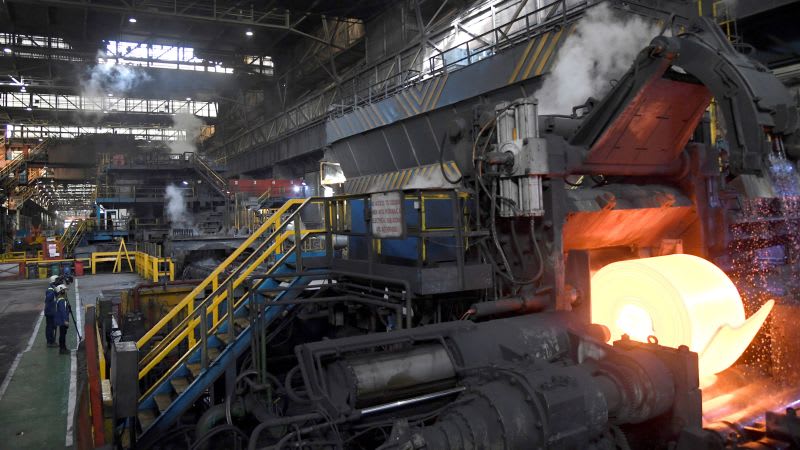 "Today at 09:00 [7am Eastern Time] near Mykhailivka in Zaporizhzhia district, an AN-26 plane -- which, according to preliminary information, belonged to Ukraine -- crashed. The airplane was performing a technical flight," the Zaporizhzhia Region Military Administration said Friday on its official Telegram channel.

The number of crew members on board the plane and the reasons for the crash are still being clarified, the regional administration said, adding that according to preliminary -- and so far unconfirmed information -- the plane hit an electric pole which caused the engine to set on fire.

"The State Emergency Service units and relevant services are working at the scene," the regional administration said.

The Met Police is collating evidence to assist the International Criminal Court (ICC) with its ongoing investigation into the war in Ukraine.

Its War Crimes Team has appealed to anyone in the UK with knowledge of war crimes committed in Ukraine to come forward. It is looking at incidents that happened at any time from 21 November 2013 onwards, the Met’s statement said.

"Since the start of the recent military activity in February, our officers have been proactively engaging with Ukrainian communities in the UK," Detective Chief Superintendent Dominic Murphy, head of operations for the Met’s Counter Terrorism Command, said in the statement.

We’ve had around 50 referrals into us and we expect that number to grow over the coming weeks as more and more people who fled from Ukraine arrive here in the UK."

"We want to make sure those people know we’re here and that we’re ready to receive any evidence of war crimes from them, as well as provide them with the support and help that they might need in relation to that."

"I’d also ask any households across the country who have volunteered to host Ukrainian people that should you come into contact with anyone who might have been witness to, or victim of possible war crimes, then you encourage them to contact us," he said, adding:

Please let them know we are here and that we can help them.”

Some background: During a visit to the towns of Bucha and Borodianka earlier this month, International Criminal Court (ICC) Chief Prosecutor Karim Khan said there were "reasonable grounds to believe that crimes within the jurisdiction of the ICC are being committed."

Khan also warned that it would be "challenging" to guarantee justice would be served in Ukraine, given Russia's decision to withdraw its signature from the ICC statute, which gives the court jurisdiction to prosecute individuals for genocide, crimes against humanity, war crimes, and the crime of aggression. 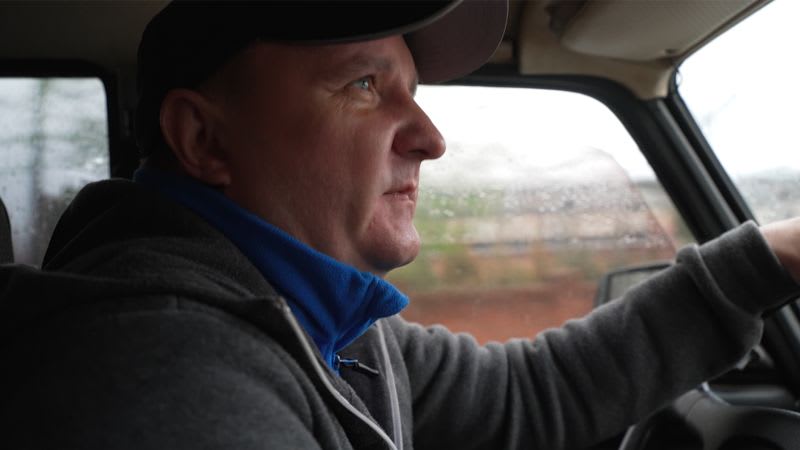