US Secretary of State Antony Blinken and Defense Secretary Lloyd Austin made an unannounced trip to Kyiv on Sunday where they met Ukrainian President Volodymyr Zelensky and other Ukrainian officials, making them the highest-level US officials to have traveled to the country since the Russian invasion began.

Though Zelensky announced the visit in a press conference Saturday, US officials had declined to comment.

Blinken said US diplomats would return to Ukraine this week, the senior State Department official said, in a strong message of solidarity from the United States.

Blinken also relayed that US President Joe Biden would nominate Bridget Brink as US Ambassador to Ukraine, according to the senior State Department official. The post that has been without a confirmed ambassador since Marie Yovanovitch was recalled in May 2019. Brink is the current US ambassador to Slovakia.

In addition, Blinken and Austin discussed the deliveries of recent US military assistance to Ukraine, the ongoing training for Ukrainian soldiers, and the Biden administration’s intention to provide $713 million in additional foreign military financing to help Ukraine transition to NATO-capable systems, according to the senior State Department official and a senior Defense Department official.

Both officials briefed press who traveled to the region shortly before Blinken and Austin were due to arrive in Kyiv; the traveling US press corps did not travel with the secretaries to the Ukrainian capital.

In the background briefing, the officials made clear that the US military would still not be involved directly in the war. “The President has been very clear there will be no US troops fighting in Ukraine and that includes the skies over Ukraine,” the defense official said.

“This visit does not portend actual involvement by US forces,” they added.

As thousands gathered across Australia and New Zealand to commemorate Anzac Day on Monday, leaders in both countries paid tribute to the people of Ukraine.

Australian Prime Minister Scott Morrison addressed the crowd at a dawn service in the city of Darwin.

“On this particular day, as we honor those who fought for our liberty and freedom, we stand with the people of Ukraine, who do the same thing at this very moment,” Morrison said. He added that those in Ukraine “sacrifice(d) for something far greater than (themselves),” and shared a “a fierce and protective love of their nation and of their liberty.”

At a service in neighboring New Zealand, Prime Minister Jacinda Ardern acknowledged “all who have been affected by war,” stating Ukraine was “a most grim reminder of the fragile nature of peace, and the devastating impact of war on people’s lives.”

“We may feel a great distance from this conflict, but we are all inextricably linked to what it represents,” Ardern said, calling the invasion of Ukraine “a senseless act of war.”
“It is a threat to the international laws that a nation like ours relies on — but it is also a threat to our sense of humanity. And that makes it a threat to all of us."

"I wish him new success for the good of the people. I appreciate his support and I am convinced that we are moving forward together towards new common victories. Towards a strong and united Europe!" Zelensky said in a tweet.

Macron won France's presidential election, fending off a historic challenge from far-right candidate Marine Le Pen during Sunday's runoff vote. Macron took 58.55% of the vote, making him the first French president to be reelected in 20 years.

Ukrainian presidential adviser Mykhailo Podolyak said Russian forces were "continuously attacking" the encircled Azovstal steel plant in the besieged city of Mariupol on Orthodox Easter Sunday. The site has become one of the last significant holdouts of Ukrainian forces in the city, and is sheltering hundreds of soldiers and civilians.

New CNN drone footage shows the extent of destruction in Horenka, outside of Kyiv, Ukraine.

CNN chief international correspondent Clarissa Ward worked closely with Alexey Navalny and his team to investigate the people behind the poisoning.

She spoke to CNN's Ana Cabrera about the investigation and the mistakes made by the Russian intelligence team.

Q: Why does he pose such a threat to Russian President Vladimir Putin that he wants him either in prison or dead?

A: A lot of people have been really confused, as to why President Putin has gone to such lengths to prevent Navalny from doing his work. The easy answer, I think, is that he has exposed the rampant corruption in Russia and he has mobilized a huge amount of support online, particularly with young people.

And there's a sense that President Putin doesn't have any tolerance for any real political opponents. You might remember that Boris Nemtsov was assassinated just a few hundred meters away from the Kremlin some years ago.

It's a dangerous business getting involved with opposition in any way, shape or form in Russia. And Alexey Navalny is the single most galvanizing force that the opposition has had in many years. So, I think for those reasons, the Kremlin has done everything within its means to try to stop him.

Q: You worked closely with Navalny and his team as you investigated the assassination attempt against him. What was the most surprising thing you uncovered?

A: I think the most surprising thing, honestly, was to see how Russian Security Services Forces (the FSB) were in many ways very sloppy in their tradecraft.

The extraordinary moment of this documentary is when Navalny actually calls one of his would-be assassins on an open line posing as a senior aide to the National Security Council. And this man, who he speaks to him, actually ends up spilling the beans, believing Navalny, his claim to be the senior administration official, and telling the details of how the poisoning was done -- the sprinkling of the poison in his underwear. And it's this moment where your jaw drops because you realize sometimes there's an aura of invincibility around Putin's Russia and this sort of machiavellian slick image that he has cultivated. But we found time and again multiple instances where they were doing things other security services would be shocked at.

To give you one more example, one of the would-be assassins actually made a call — opened his cell phone the night that Navalny was poisoned from a hotel just a few blocks away from where Navalny was. And this is what made it possible for Bellingcat and the Navalny team with us and some others to put together the pieces of the puzzle. 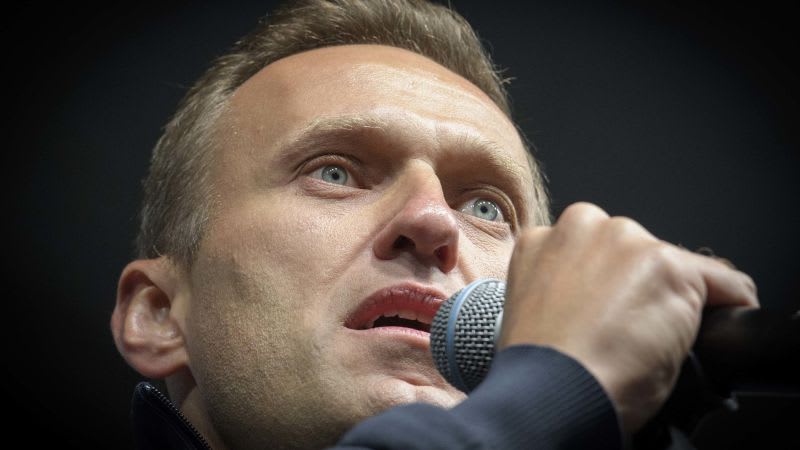 Tune in tonight at 9 p.m. ET to watch the CNN Film “Navalny” on CNN.

The military head of the south-central city of Kryvyi Rih said Sunday that Ukraine had observed preparations for a possible offensive by Russian forces from the Kherson region, adding defenses were being bolstered in the area.

In televised remarks, Oleksandr Vilkul said Russian forces were "forming an offensive strike formation in our direction in the Kherson region. We are waiting for their possible transition to the offensive in the coming days. But we know more about them than they think; we understand all their plans; and we are fully prepared for any development in the situation."

Vilkul said the Krivyi Rih garrison was in a state of readiness and had defenses prepared.

"A lot of work continues to help in evacuating people from the frontline zone," he said. "Kryvyi Rih is providing buses and ambulances. We have provided medical assistance and social workers. But people are going out on bicycles and taking old people and children out in wheelbarrows."

Earlier this week, a top Russian general said Moscow plans to establish "full control" over southern Ukraine in the second phase of its invasion of Ukraine.

"Already nine Russian missiles have hit Kremenchuk's infrastructure this evening," Lunin said. "The enemy has no regard, even on such a holy day."

Most Ukrainians observed Easter celebrations on Sunday. Lunin gave no further details about the consequences of the strikes.