The United Nations Secretary-General on Sunday thanked everyone involved in the evacuation of more than 170 civilians from the besieged Azovstal steel plant and other areas of Mariupol.

"This group of evacuees arrived safely in Zaporizhzhia today, May 8. My thoughts are with them and all the people in Ukraine who are suffering in this war," António Guterres said in a statement.
"I thank all those involved in this complex operation, including the leaders in Kyiv and Moscow for ensuring the necessary humanitarian pauses. I applaud the determination and courage of the UN and ICRC (International Committee of the Red Cross) teams on the ground."

According to Guterres, the latest safe passage operation brings the total number of evacuated civilians from Azovstal and other areas of Mariupol to more than 600.

"I urge the parties to the conflict to spare no effort to secure safe passage for all those wishing to leave, in any direction they choose, and for aid to reach people in need."

Japan will embargo Russian crude oil imports "in principle," as part of a G7 decision to counter Russia's invasion of Ukraine, Japanese Prime Minister Fumio Kishida said after an online meeting of G7 leaders on Sunday.

“The unity of the G7 is essential at this time and based on the G7 leaders’ statement, we decided to take measures to embargo Russian oil in principle,” Kishida told reporters on Monday.
He said it was a “tough decision” as Japan “relies on imports for the majority of its energy resources.”

Kishida did not give a timeline for Japan’s embargo on Russian oil imports.

Some context: Japan has been importing Russian crude oil — which accounted for 3.6% of crude oil imports in 2021 — to diversify its supply sources, according to data released in April by the country’s ministry of trade.

Earlier this month, Japan’s Minister of Economy, Trade and Industry Koichi Hagiuda told reporters that given Japan “has limited resources” it is difficult for the country to immediately align itself with the European Union over its plans to ban oil imports from Russia.

The G7 meeting was held online at the behest of Germany and was attended by G7 nation leaders and Ukrainian President Volodymyr Zelensky.

If North Korea was looking for another excuse to forge ahead with its nuclear weapons program, it just found one in Russia’s invasion of Ukraine.

That one of the very few countries to have voluntarily given up a nuclear arsenal is now under attack from the same country it gave its warheads to will not be lost on Pyongyang.

In fact, analysts say, Moscow’s actions have gifted the reclusive Asian nation a “perfect storm” of conditions under which to ramp its program up.

Not only will North Korea use Ukraine’s plight to bolster its narrative that it needs nukes to guarantee its survival, but leader Kim Jong Un may find that, with all eyes on the war in Europe, he can get away with more than ever.

Divided over Ukraine, the international community will likely have little appetite for sanctions on the hermit kingdom; indeed, even unified condemnation of a recent North Korean ICBM test remains elusive.

What’s more, the boycott of Russian oil and gas could even open the door to cut-price energy deals between Pyongyang and Moscow – ideological allies whose friendship harks back to the Korean war of the 1950s. 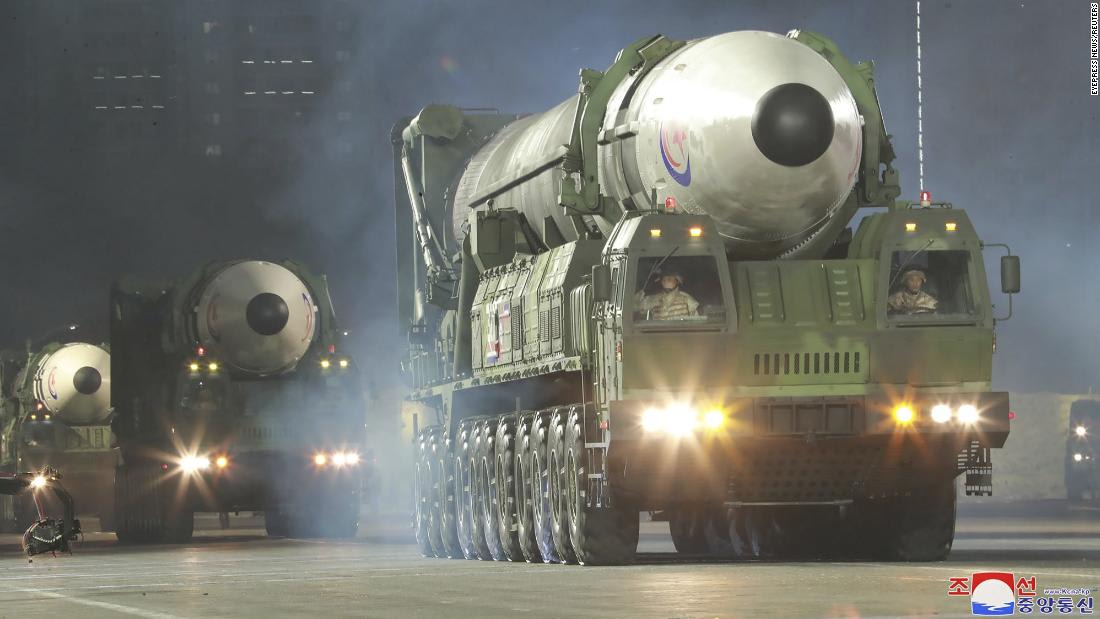 Analysis: What North Korea learned from Ukraine: Now's the perfect time for a nuclear push

The sanctions include import tariffs and export bans, and come in a bid “to further weaken Putin’s war machine,” according to a statement jointly issued by the Treasury and Department for International Trade.

The new import tariffs will cover £1.4 billion ($1.7 billion) worth of goods, including platinum and palladium, the statement read.

Russia is one of the world’s biggest producers of platinum and palladium.

“We are determined to do our utmost to thwart Putin’s aims in Ukraine and undermine his illegal invasion, which has seen barbaric acts perpetrated against the Ukrainian people,” the UK’s secretary of state for international trade, Anne-Marie Trevelyan, said.

The planned export bans aim to target more than £250 million ($308 million) worth of goods in sectors of the Russian economy that are most dependent on UK goods, such as chemicals, plastics, rubber and machinery.

The latest package of sanctions brings the total value of products subjected to full or partial import and export sanctions since Russia’s illegal invasion of Ukraine began to more than £4 billion ($4.9 billion).

“Over £4 billion worth of goods will now be subject to import and export sanctions, doing significant damage to Putin’s war effort. Working closely with our allies we can and will thwart Putin’s ambitions,” Chancellor of the Exchequer Rishi Sunak said.

Ukrainian President Volodymyr Zelensky has honored the country's most famous dog, Patron, for his dedication.

Patron, a Jack Russell terrier mix, has become a national figure since the Russian invasion for his work with bomb disposal teams in the northern city of Chernihiv. He is credited with uncovering some 150 munitions as one of a team working for the State Emergency Service.

Zelensky presented Patron and his owner, Myhailo Iliev, with the state award "For Dedicated Service" at a meeting with Canadian Prime Minister Justin Trudeau. The Chernihiv demining team has used Canadian technology in its work.

At Sunday's ceremony, Trudeau appeared to search his pockets for treats -- but without success.

At previous media appearances, Patron appears to have been unimpressed by the attention his work has generated.

UN Crisis Coordinator for Ukraine and UN Assistant Secretary-General Amin Awad issued a statement in response to the bombing of a school serving as a shelter in Luhansk, saying the incident is “yet another stark reminder of the cruelty of this war.”

“Civilians and civilian infrastructure must be spared in times of war; these obligations under international humanitarian law are non-negotiable,” Awad said. “The sooner we seek a peaceful end to the war, the better for the people here in Ukraine and everywhere in the world.”

“UNICEF strongly condemns yet another attack on a school in Ukraine amid reports that civilians, including children, had sought shelter in the school’s bunker,” UNICEF Executive Director Catherine Russell said in a statement Sunday. “We do not yet know how many children might have been killed or injured in the reported bombing, but we fear this attack has just added to the hundreds of children who have already lost their lives in this war.”

The International Committee for the Red Cross says that more than 170 civilians from Mariupol have arrived safely in the Ukrainian controlled city of Zaporizhzhia.

In a tweet late Sunday, the ICRC, said that "after weeks of living largely underground, over 170 civilians from Azovstal [steel plant] and Mariupol area have arrived in Zaporizhzhia."

It added: "This is the 3rd safe passage operation we’ve coordinated with @UN. We’re deeply relieved we could help more civilians get to a safer place."

It wasn't clear how many of the evacuees had been trapped at Azovstal.

Mariupol City Council said that a total of 173 people had been rescued from Azovstal and Mariupol.

It said "10 buses with Mariupol residents are already on the territory of free Ukraine."

"Thank you to all the heroic defenders of Azovstal for this. At the cost of three lives of our soldiers and six wounded, soldiers managed to get and remove civilians from the plant." t said.

"The Armed Forces of Ukraine and the Azov Regiment are not only defending themselves at the cost of their efforts but are also rescuing civilians," the Council said.

In a joint news conference with Ukrainian President Volodymyr Zelensky in Kyiv on Sunday, Canada’s Prime Minister Justin Trudeau announced the reopening of the Canadian embassy in Kyiv.

The Canadian prime minister also announced Canada will be removing trade tariffs on all Ukrainian imports coming to Canada for the next year.

“It is clear Vladmir Putin is responsible for heinous war crimes and there must be accountability,” Trudeau said.

Trudeau’s comments came during a surprise weekend visit to Ukraine announced by his office Sunday morning.