Ukraine has announced the first Russian soldier set to stand trial in the death of a 62-year-old man in Ukraine’s Sumy region, according to a statement published by the country's prosecutor general's office on Wednesday.

The prosecutor general's office said it has filed an indictment against Vadim Shishimarin, commander of the military unit 32010 of the 4th Tank Kantemirov Division of Moscow region.

The investigation alleges the 21-year-old Russian killed an unarmed 62-year-old resident who was riding a bicycle along the roadside in the village of Chupakhivka in Sumy region on Feb. 28.

According to the statement, the Russian forces drove into the village in a stolen car with punctured wheels.

On the way, they saw a man returning home and talking on the phone, according to the statement. One of the Russians ordered a sergeant to kill a civilian so that he would not report them to the Ukrainian army. Shishimarin fired several shots through the open window of a car from a Kalashnikov rifle at the head of the resident, prosecutors allege.

"Shishimarin is currently in custody. Prosecutors and SBU investigators have gathered enough evidence of his involvement in violating the laws and customs of war, combined with premeditated murder (Part 2 of Article 438 of the Criminal Code of Ukraine). He faces between 10 and 15 years in prison or life in prison," Ukraine's Prosecutor General Iryna Venediktova said in a statement on Facebook.

CNN has contacted the Russian defense ministry for comment.

UN Secretary-General António Guterres said it was right to visit Russian President Vladimir Putin and that one needed “to deal with those that cause the problem or that can solve the problem” to find solutions.

Guterres met Putin in Moscow in late April before making his way to Ukraine to meet President Volodymyr Zelensky. His itinerary had received a lot of criticism.

The UN chief said the Putin meeting had produced “concrete results” and resulted in the evacuation of civilians trapped in the Ukrainian city of Mariupol.

Nehammer, who in April became the first European Union leader to meet with Putin since the invasion of Ukraine, also defended his decision to travel to Moscow, saying, “there cannot be one talk too many, only one too few.”

When asked whether Putin is planning to introduce martial law in Russia, Peskov said, “No, this is not in the plans.”

US Director of National Intelligence Avril Haines said Tuesday that the current trend in Ukraine increased chances that Putin would turn to more drastic means, including “imposing martial law, reorienting industrial production, or potentially escalatory military actions to free up the resources needed to achieve his objectives as the conflict drags on.”

The two women, Yulia Fedosiuk and Kateryna Prokopenko, confirmed the meeting with the Pope at the Vatican to CNN.

The two said their husbands are soldiers of the Azov regiment and are currently inside the steel plant defending it against Russian attacks.

They said they had written to the Pope in recent days through the Ukrainian ambassador in Rome and were surprised when they received an invitation for the Pope's weekly general audience.

“We told the Pope about our husbands, about the injured soldiers, the dead that cannot be buried. We asked him for help, to be a third party in this war, and help us to guarantee a humanitarian corridor,” Fedosiuk said.

She said that they also told the Pope about the desperate and unhealthy conditions inside the plant.

Fedosiuk added that the Pope seemed very well-informed of the situation in Ukraine, and he said that he will pray for them.

An estimated 4.8 million people in Ukraine have lost their jobs since the Russian invasion began in February, according to a new brief by the International Labour Organization (ILO), a UN agency.

"If hostilities were to escalate, employment losses would increase to seven million," the report estimated, emphasizing that "if the fighting were to cease immediately, then a rapid recovery would be possible, with the return of 3.4 million jobs. This would reduce employment losses to 8.9 percent."

The ILO report also pointed out that the Ukrainian government has made considerable efforts to keep the national social protection system operational by guaranteeing the payment of benefits, including to internally displaced persons, through the utilization of digital technologies.

More than 5.23 million refugees who are mainly women, children, and people over the age of 60 have fled to neighboring countries since Feb. 24, the report said Wednesday.

"If the hostilities continue, Ukrainian refugees would be forced to remain in exile longer, putting further pressure on the labor market and social protection systems in these neighboring states and increasing unemployment in many of them," it said.

Ukraine will suspend some of the Russian gas exports to Europe that flow in pipelines through the country due to interruptions at key transit points, the country's gas transmission system operator (GSTOU) said in a statement Tuesday.

Amid Russia's invasion, Ukraine has continued its operations transporting Russian gas through the country.

But GSTOU said it's currently "impossible to fulfill obligations" to European partners due to "the interference of the occupying forces." It said Russia's interference, including the unauthorized gas offtakes, had "endangered the stability and safety" of the Ukrainian gas transportation system.

As a result, it had decided to suspend operations from 7 a.m. local time on Wednesday at the entry point gas measuring station Sokhranivka and border compressor station Novopskov through which almost a third of gas from Russia to Europe — up to 32.6 million cubic meters per day — is transited.

Ukraine said it could possibly transfer temporarily unavailable capacity from Sokhranivka to the Sudzha point located in the territory controlled by Ukraine.

However, Russia's state energy company Gazprom said it was "technologically impossible" to switch gas transfers to Ukraine to a new entry point, the agency said in a statement.

The Kremlin's response: The Russian government responded Wednesday to Ukraine’s suspension of some Russian gas exports to Europe, saying Russia always fulfilled and plans to fulfill its contractual obligations on gas supplies.

“The Ukrainian side reported certain conditions of force majeure. We’ve heard statements from Gazprom that there were no explanations for force majeure,” he added. 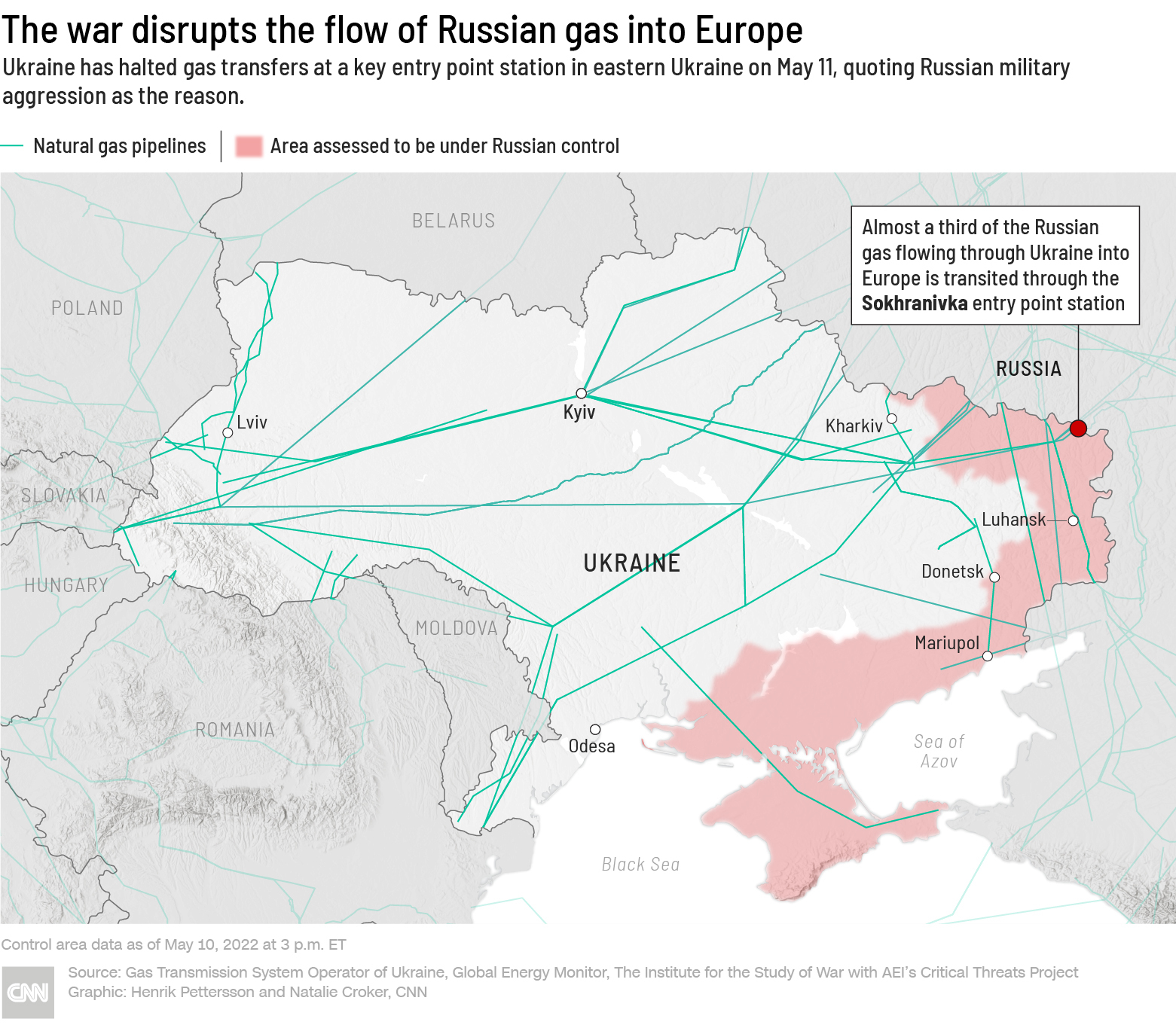 The Democratic-led House of Representatives voted 368-57 on Tuesday evening to pass a roughly $40 billion bill to deliver aid to Ukraine as it continues to face Russia's brutal assault. All 57 votes in opposition were from Republicans.

The measure will next need to be passed by the Senate before it can go to US President Joe Biden to be signed into law.

The legislation the House approved provides funding for a long list of priorities, including military and humanitarian assistance. Here's a breakdown:

Read more about the bill here.

If Finland applies to join NATO it will be "for the security" of its citizens, Finnish Prime Minister Sanna Marin said Wednesday.

Speaking during a joint press conference with Japanese Prime Minister Fumio Kishida in Tokyo, Marin said she had talked to her Japanese counterpart about Finland's "plans to possibly apply for NATO membership."

"If Finland makes this historical step, it is for the security of our own citizens. Joining NATO would strengthen the whole international community that stands for our common values," Marin said.

On Tuesday, Finland's Parliamentary Defense Committee told the Finnish Foreign Affairs Committee that it is in favor of applying for NATO membership, according to Finnish state media YLE.

The defense committee stated its belief that NATO membership would be the best solution for Finnish security. 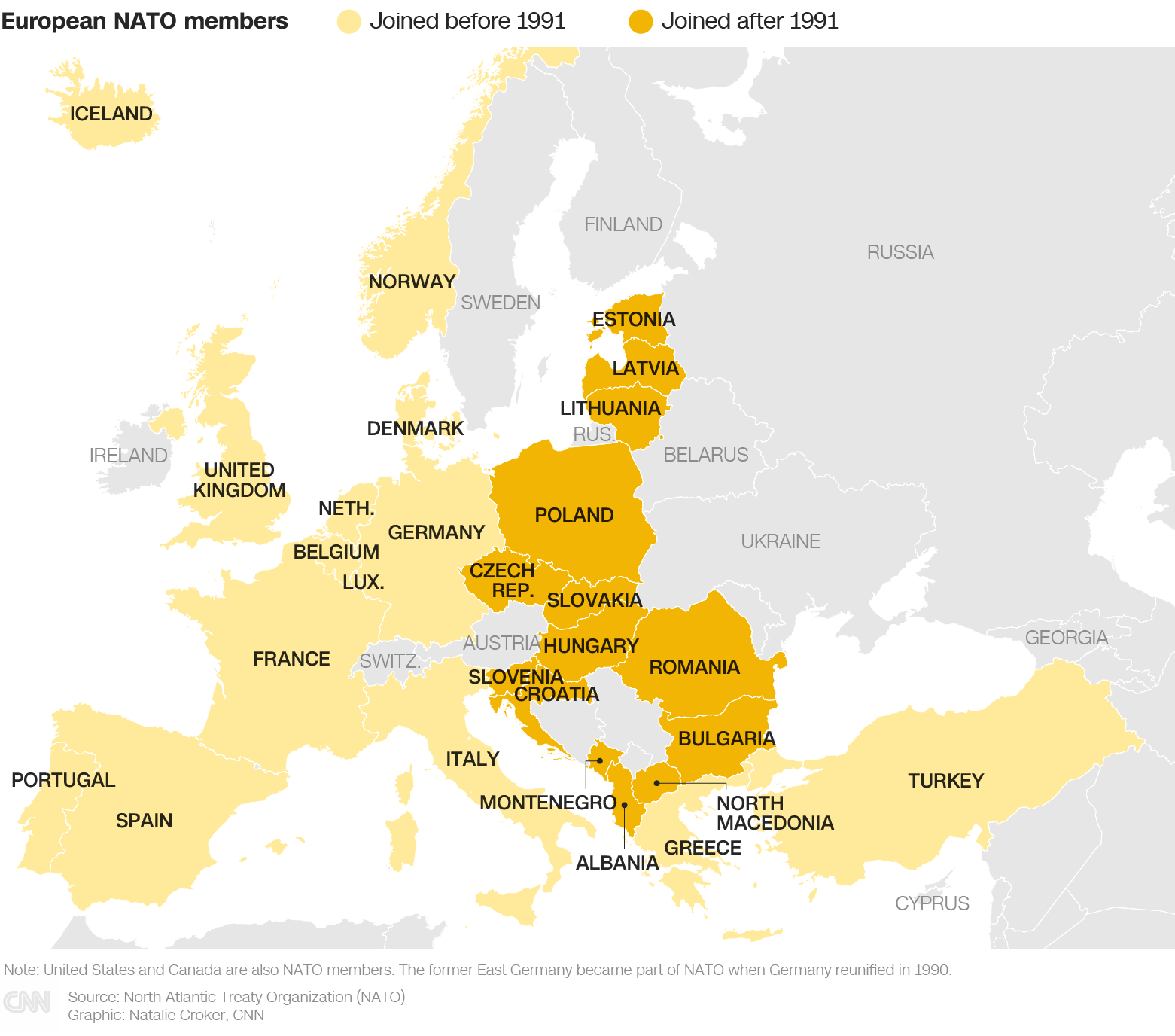 She hopes that if Finland does apply to join the alliance “the ratification process would be as brief as possible.”

“We are watching everything that is connected with actions that are capable of changing the configuration of the Alliance near our borders in one way or another,” Peskov told reporters on a conference call.

“This is the subject of a very, very thorough analysis,” he added.

Read more about how Finland joining NATO could impact Russia: 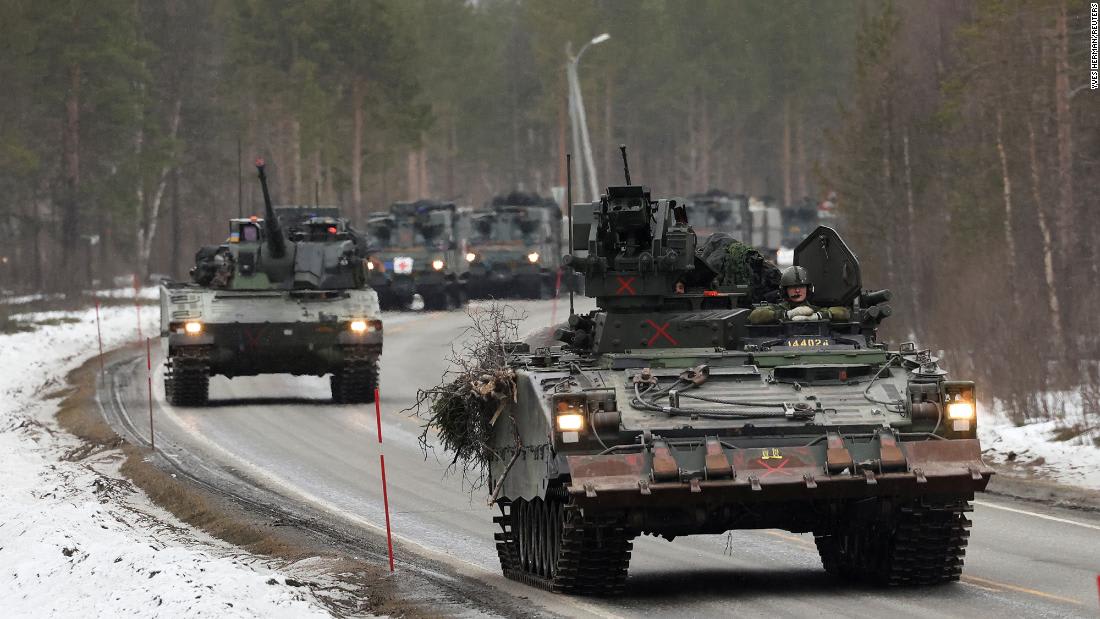 Ukrainian President Volodymyr Zelensky warned that Kyiv’s patience is running out for negotiations with Russia, given mounting evidence of atrocities committed by the Russian army, in a virtual address to French university students on Wednesday.

“We are ready to conduct these negotiations, these talks, as long as it is not too late,” Zelensky said.

Zelensky also expressed his determination that Kyiv will win the war and take back all territories that belong to Ukraine.

He reiterated the need for Ukraine to join the European Union, calling for meaningful steps to include Ukraine into the union.

“Ukraine will only strengthen other states, our army has demonstrated its capabilities. Our people have proven themselves,” Zelensky said.