AerCap Holdings, the aircraft leasing giant that is the world’s largest owner of jets, lost 113 planes when Russia seized them in response to sanctions triggered by the war in Ukraine.

The seizures of the planes and 11 jet engines by Russian authorities caused AerCap to take a $2.7 billion pre-tax charge during the quarter, causing the company to report a net loss of $2 billion, rather than the $500 million profit it would have made without the hit.

The company was able to recover 22 jets and three engines before they were seized by Russian authorities. 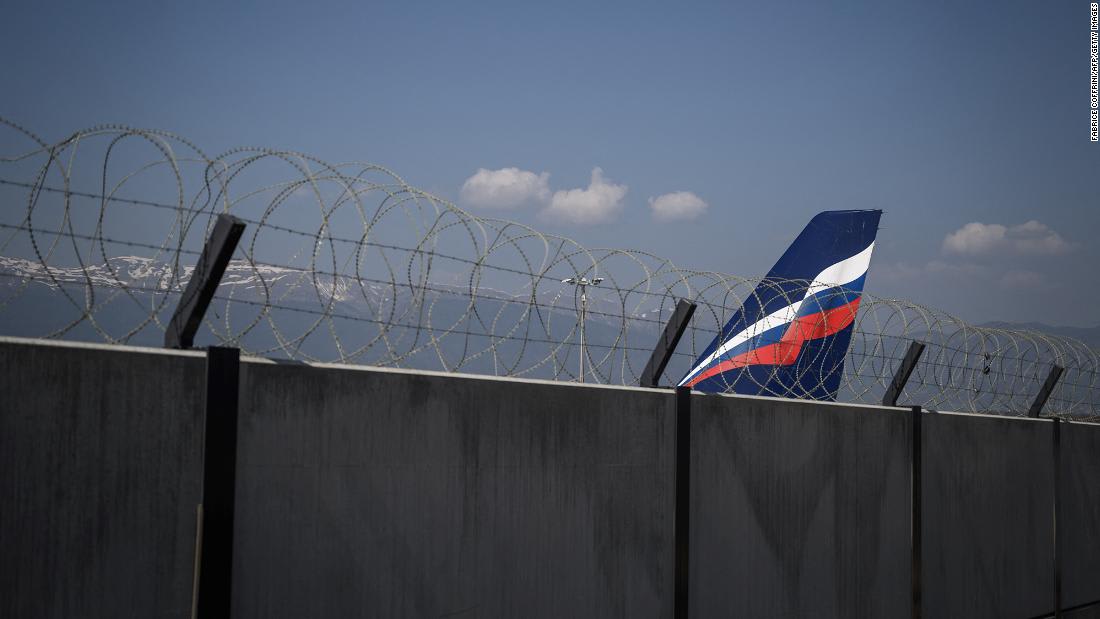 Ukrainian President Volodymyr Zelensky gave a virtual address on Tuesday at the opening ceremony of the 75th Cannes Film Festival, speaking about the connection of film to reality and the role of cinema during Adolf Hitler’s dictatorship.

Referencing Charlie Chaplin's 1940s movie "The Great Dictator," Zelensky said, "it didn't destroy at the time the real dictator but thanks to cinema and thanks to this film, the cinema ceased to be silent, in every way. Cinema was speaking and it was the voice of the future victory of freedom."

"I am convinced that the dictator will lose,” Zelensky said. “We will win in this war. Glory to Ukraine.”

The President's address was his latest on a virtual diplomatic world tour to keep global attention on Ukraine’s plight during the invasion.

In April, Zelensky made an appearance at the 64th annual Grammy Awards offering a speech that began, "The war. What's more opposite than music."

The evacuation mission at the Azovstol steel plant in Mariupol continues, Ukrainian President Volodymyr Zelensky said in his nightly address on Tuesday.

“Negotiation process with Russia continues on evacuation of our heroes from Azovstal. Evacuation mission continues. It’s overseeing by our military and intelligence officers. The most powerful international mediators are involved,” Zelensky said.

Ukraine's military said late Monday that its forces had completed their "combat mission" at the sprawling steel plant, which was for weeks the last major holdout in a city otherwise occupied by Russian troops.

European leaders: The Ukrainian President also said he spoke with German Chancellor Olaf Scholz and French President Emmanuel Macron on Tuesday about "Ukraine's defense support and our cooperation at the EU level."

"I informed him about the current situation on the battlefield and the possible development of this situation. I had a substantive and lengthy conversation with French President Macron. We discussed the sixth package of sanctions being prepared in the EU, the negotiation process with Russia, and our heroes' evacuation from Azovstal,” he said.

The battle for Mariupol's massive Azovstal steel plant appears to be nearing an end, after hundreds of the remaining Ukrainian soldiers holding out in the facility were evacuated.

The operation to evacuate Ukrainian defenders from the Azovstal plant in Mariupol was the only possible way for their rescue, said Ukrainian Deputy Minister of Defense Hanna Malyar during a briefing at the Media Center Ukraine on Tuesday.

"Unfortunately, military unblocking is impossible in this situation. There could be no other way to rescue them than the way it is happening now. It was the only way out," Malyar said, adding that "the defenders of Mariupol" have fully fulfilled their combat mission.

Due to the defense of Mariupol, Russian forces were not able to transfer about 20,000 personnel to other regions of Ukraine, and thus failed to capture Zaporizhzhia, according to Malyar.

The Biden administration is working closely with European allies to try to develop routes to get Ukrainian wheat and corn out of the country after Russia blocked Ukrainian ships from departing with grain that is vital for food supplies around the world, particularly in Africa and the Middle East.

There is no silver bullet to solve the complicated challenge and officials are considering a wide array of options to get the food exports safely out by rail, sea and air, two US diplomats and four European diplomats told CNN. Possible scenarios are being studied and devised whether Russia consents or not.

The challenge will be a major focus for US Secretary of State Tony Blinken when he convenes a ministerial meeting on food security and chairs a discussion on the matter at the United Nations in New York on Wednesday and Thursday, the diplomats said.

"This is far from a done deal, there are so many moving pieces, so many things could go wrong with these discussions," another official familiar with the discussions said.

Amid concerns about a global food shortage, urgency around the effort is growing as prices for wheat, grain, corn, soybeans and vegetable oil have soared in recent weeks due to Russia's invasion. However, there is no simple solution available with major obstacles to all modes of transport as the war shows no sign of letting up.

Time is of the essence: Ukraine is set to run out of storage facilities for agricultural products in the next two months, explained an official from the World Food Program. If there is no movement in the coming months Ukrainian farmers will have no place to store next seasons' crop and they will be not paid enough to sustain their businesses.

Before the war, wheat supplies from Russia and Ukraine accounted for almost 30% of global trade, and Ukraine is the world's fourth largest exporter of corn and the fifth largest exporter of wheat, according to the US State Department. The United Nations World Food Program — which helps combat global food insecurity — buys about half of its wheat from Ukraine each year and has warned of dire consequences if the Ukrainian ports are not opened up.

The US State Department on Tuesday announced the launch of a new program “to capture, analyze, and make widely available evidence of Russia-perpetrated war crimes and other atrocities in Ukraine.”

The program, called the Conflict Observatory, “encompasses the documentation, verification, and dissemination of open-source evidence regarding the actions of Russia’s forces during President Putin’s brutal war of choice,” according to a media note from the State Department.

“The Conflict Observatory will analyze and preserve publicly and commercially available information, including satellite imagery and information shared via social media, consistent with international legal standards, for use in ongoing and future accountability mechanisms,” the note said. “This includes maintaining rigorous chain-of-custody procedures for future civil and criminal legal processes under appropriate jurisdictions.”

The information will be shared publicly via an online platform, the statement added.

The State Department said the program is a collaboration with “Esri, a leading geographic information systems company, Yale University’s Humanitarian Research Lab, the Smithsonian Cultural Rescue Initiative, and PlanetScape Ai,” and the “the U.S. government has also contributed commercial satellite imagery to these efforts.”

The State Department said it expects international partner organizations to join the program. Reports will be available at ConflictObservatory.org website.

NATO Secretary General Jens Stoltenberg will meet the ambassadors of Finland and Sweden on Wednesday, according to a statement from NATO.

The meeting comes after both countries declared their intentions to apply for membership to NATO earlier this week.

The leaders are then scheduled to meet with US President Joe Biden on Thursday.

A CNN team on Tuesday traveled to the eastern Ukrainian town of Bilohorivka, where Russia is believed to have suffered one of the biggest single defeats of the war. There, the charred remains of Russian armored vehicles littered a field just a few hundred meters from the front line.

The Ukrainian military says that last week it destroyed “at least 73 units of equipment,” including T-72 tanks and a variety of infantry fighting vehicles, when a Russian brigade attempted to cross the Siverskyi Donets River.

The high ground above the river was littered with destroyed Russian tanks separated from their turrets, armored personnel carriers, heavy machine guns with barrels twisted into spirals – and the charred body parts of Russian soldiers.

“They had three places to cross,” explained a senior officer, and asked for his name not to be used for security reasons. “They tried the first one, they failed, they were smashed there. On the second one they tried, they got smashed.”

“Well, and on that last one you saw, where they lost the most equipment. There, they tried four times. First time they did not succeed, they were crushed, artillery. Second time the same thing. Each time they increased their efforts, not understanding that we are observing everything. And for every action they take, we have a counter-action," the officer explained.

He said that the Ukrainians used artillery fire to destroy the Russian pontoon bridge, and used ground forces to push back the armored column.

“They had no time to cross, no time to drop the boats,” he explained. “They all broke through with artillery and gunfire and we watched from the drones as they fell into the water and sank.”

The officer said he believes that Russia has fallen for its own propaganda and is a victim of “outdated” military tactics.

“I remember when I was a cadet they used to say that an American soldier couldn't even brush his teeth before we killed them all. You see it's all just propaganda. They are not like that. They have some new things, but for the most part everything is outdated. The tactics are also outdated. And technologically, they are very far behind NATO and American weapons," he told CNN.