Two Ukrainian boxing champions, Oleh Prudky and Oleksiy Yanin, have died while defending their country during Russia's invasion, according to sports officials.

“Your victories and achievements are hard to count, you were a very persistent and hard-working athlete, you trained a lot. You have been a worthy example for future generations,” the Cherkasy Boxing Federation wrote.

Prudky is survived by his wife and two young daughters.

“Oleksiy Yanin, an athlete and serviceman of the Azov Special Purpose Detachment of the National Guard of Ukraine, died in the battle for Mariupol,” the ministry said.
He “met a full-scale invasion of the Russian occupiers in eastern Ukraine and was one of those heroes who bravely defended the hero city of Mariupol.”

Yanin is survived by his wife and son.

Russia’s invasion of Ukraine has effectively halted all maritime trade at Ukrainian ports, according to newly declassified US intelligence, cutting off a critical export commodity for Ukraine and risking a global food crisis.

In the months since Russia moved to invade in February, it has established an “effective blockade” in the northern third of the Black Sea, according to a US official who provided a declassified map of the region to CNN on the condition of anonymity.

The map analyzes the density of ships coming in and out of Ukrainian ports before and after the start of the conflict, showing an almost total drop-off of commercial traffic to ports in the Black Sea and the Sea of Azov after the start of the invasion. A third map provides a current visualization of the density of Russian naval vessels clustered in the Black Sea off Ukraine’s coast, highlighting “hotbeds of activity,” according to the US official.

“The impact of Russia’s actions cannot be understated as Ukraine’s seaborne exports are vital to global food security,” the US official said, echoing the broad assessment of Western analysts and government officials.

Ukraine provides about 10% of the world’s wheat exports, the official noted, the vast majority of which exit the country from Black Sea ports.

The United Nations World Food Program — which helps combat global food insecurity — buys about half of its wheat from Ukraine each year and has warned of dire consequences if Ukrainian ports are not opened up.

Last week CNN reported that the US and allies are holding discussions on how to safely develop routes to transport grain from Ukraine amid concerns about global food supplies. New satellite images reported by CNN on Monday appear to substantiate Ukrainian claims that Russia is also stealing stores of grain that have been sitting idle at commercial ports.

Since the start of the conflict, Russia has intimidated commercial traffic, occasionally impeded safe passage to Ukraine through the Kerch Strait and, most visibly, stationed warships off Ukraine’s coast and pummeled Ukrainian ports, the US official said.

The English Premier League said Tuesday that its board has approved the sale of Chelsea Football Club to the ownership group led by Todd Boehly.

The deal, worth more than $5 billion, must still receive government approval before the transaction can be finalized.

“The Premier League Board has today approved the proposed takeover of Chelsea Football Club by the Todd Boehly/Clearlake Consortium,” the league said in its statement.

Russia owner under sanctions: The club's current owner is Russian oligarch Roman Abramovich, who is subject to sanctions by the British government and has seen his assets frozen.

Abramovich put Chelsea up for sale in early March following Russia's invasion of Ukraine, saying at the time it was "in the best interest of the Club." 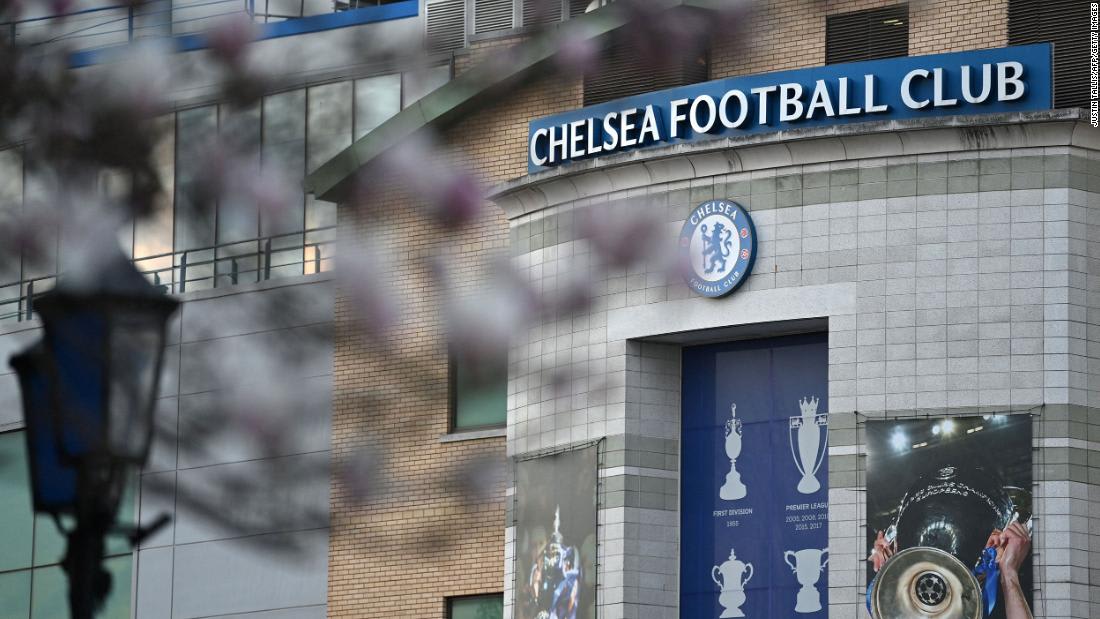 Pavlo Kyrylenko, the head of the Donetsk regional military administration, said Tuesday that Russian forces had taken the contested town of Svitlodarsk in the eastern Donbas region and that Ukrainian forces had withdrawn.

"About 10,000 civilians remain in occupied Svitlodarsk," Kyrylenko said. "No more than 30% of the population left the city. Today, May 24, the Russian army entered Svitlodarsk in the Donetsk region. Russian flags have already been hoisted there."

According to Kyrylenko, Svitlodarsk had been surrounded on three sides, and that the city had not been under intense shelling, so much of the civilian population remained.

"This is not a retreat [of the Armed Forces of Ukraine], but a regrouping," he said. "This is the right and logical decision in this situation to save the lives of [the military] and regroup."

Pro-Russian Telegram channels showed images of the Russian flag being hoisted over the city administration building in Svitlodarsk.

"It's now under constant fire," he said. "The enemy entered the territory of the Lyman community a long time ago. Their main goal is to take the centre of the community of Lyman. The estuary is now partially under control, they enter, then they are kicked out, heavy artillery drives in, and tanks enter the outskirts of the city to conduct shelling and occupy the entire center and the entire Lyman community. The situation there is now one of the tensest along the entire front line, along with Avdiivka."

“Mariupol is now a city of ghosts,” an adviser to the mayor of the ruined Ukrainian port city said Tuesday.

Speaking to CNN’s Melissa Bell, Petro Andriushchenko — who has fled to Ukrainian held territory — said that Mariupol town hall officials believe that at least 22,000 residents of the city were killed during three months of war — a figure that cannot be independently supported, with the free press now unable to get access to the city and those still inside too scared to speak openly.

The figure of 22,000 is based, Andriushchenko said, on the many contacts he and other town hall officials continue to have with officials trapped inside. But he believes the actual figure could be much higher.

Andriushchenko said that the process of reburying the dead has been complicated by Russian official insistence that reclaimed bodies be brought to a morgue and that a person claiming a body must agree to record a video in which the applicant says the deceased was killed by the Ukrainian military.

Andriushchenko said that, based on the information gathered from his network of sources, Mariupol tonight is a city thrown back to the Middle Ages.

“It is absolutely dark inside the city. The only lights are from Russian troops and Russian patrols,” he said. “Everywhere it’s the smell of death and the smell of fire.”

The mayor's adviser said his contacts paint a picture of a city in the grips of a humanitarian catastrophe with very little contact to the outside world. Mobile phone connections are only just beginning to be re-established.

He said residents are unable to move freely, with special passes needed for any movement within the city and a filtration system keeping them from fleeing altogether.

Mariupol has been at the center of a ferocious, months-long battle between Ukrainian government forces and Russian soldiers and pro-Russian fighters.

It officially fell to Russian forces Friday when the last group of the Azovstal fighters at the steel plant they had been holding out in for several weeks surrendered.

Hungary will enter a "state of emergency" due to the war in Ukraine, Hungarian Prime Minister Viktor Orban said in a video posted on his official Facebook account on Tuesday.

"Hungary must stay out of this war and protect families’ financial security. To do this, we need room for maneuver and the ability to act immediately," Orban said.

This would not be the first time Hungary has activated a state of emergency. A bill was passed during the Covid-19 pandemic in March 2020 that allowed Orban to rule by decree.

Hungary also recently voiced its opposition to a proposal from the European Union to ban imports of Russian oil, saying it will not support such a measure.

Russia would remain a threat for peace in Europe even after a ceasefire in Ukraine, Polish Foreign Minister Zbigniew Rau said on Tuesday.

“That Russia changes immediately after a ceasefire has been agreed is daydreaming. It would remain a danger for peace in Europe,” Rau said during a joint press conference with his German counterpart Annalena Baerbock.

Rau said he feared a Russian invasion into Poland, as well as “the danger of an armed invasion of the countries in the NATO eastern flank.”

Poland and Germany must strive for Russia "to suffer a strategic defeat and its occupation forces to leave Ukraine within the borders recognized by international law," Rau also said.

The European Union needs to adopt its sixth package of sanctions against Russia soon, according to France's Minister for Europe and Foreign Affairs Catherine Colonna.

Speaking during a joint press conference in Berlin with her German counterpart, Colonna stressed the need "to strengthen our support to Ukraine."

"We have to quickly adopt the sixth package of sanctions which will foresee the progressive end of the imports of Russian oil," said Colonna, who was appointed to her role last week.

Despite opposition from countries like Hungary, Colonna said she is "optimistic" that the package will be approved and commended the "remarkable" unity shown by the EU in holding Russia accountable.

"We have to continue because it is this unity that is our strength," Colonna emphasized.