Russian missile attacks across southern and northeastern Ukraine have damaged a power complex and left multiple people injured, amid an onslaught of shelling from Moscow targeting civilian infrastructure.

The Kremlin has accused the US of engaging in "media madness" after President Joe Biden personally met with the families of two American detainees last week.

Moscow says it is ready to negotiate the fate of American prisoners in Russia, but has accused the US of engaging in "media madness" after President Joe Biden personally met with the families of two American detainees last week.

Biden held separate meetings with the relatives of professional basketballer Brittney Griner and ex-marine Paul Whelan at the White House on Friday, marking the first time he personally convened them since the two were detained.

“Instead of fulfilling its direct official duties -- maintaining contacts with the diplomats of the host country -- the US Embassy in Moscow is engaged in some kind of media madness,” Russian Foreign Ministry spokeswoman Maria Zakharova said in a statement on Telegram on Monday, pointing to videos and "funny pictures" posted by the US embassy in Moscow, as well as Biden's meeting.

"Relatives were unable to get a clear explanation from the President of the United States about Russia's demands for a prisoner exchange," she said, adding that she learned of the details of the meeting through a CNN report citing Cherelle Griner, Brittney's wife.

She added that she would have to turn to Whelan and Griner's relatives herself.

“We have stated many times that we are ready for negotiations to resolve the fate of convicted US citizens in Russia and Russian citizens convicted in the United States."

“If the US Embassy in Moscow has a minute of free time they will tell President Biden about it, and he, in turn, will tell the relatives of Whelan and Griner,” Zakharova said.

Following Griner's sentencing in August, the US and Russia indicated they were ready to hold talks over a prisoner swap.

Griner was detained in February, accused of carrying vape cartridges containing cannabis oil in her luggage. The two-time US Olympic basketball gold medalist pleaded guilty to drug charges and said she accidentally packed the drugs while in a hurry. She has been sentenced to nine years, along with a fine of around $16,400. Her legal team in Russia has appealed the sentence.

Whelan has been imprisoned in Russia for more than three years after being convicted on espionage charges that he denies. He was sentenced in June 2020 to 16 years in prison in a trial US officials denounced as unfair.

In the meetings, Biden reiterated "his continued commitment to working through all available avenues to bring Brittney and Paul home safely," White House press secretary Karine Jean-Pierre said in a statement on Friday. “The President appreciated the opportunity to learn more about Brittney and Paul from those who love them most, and acknowledged that every minute they are being held is a minute too long."

Russian pop legend Alla Pugacheva criticized the country as having “illusory aims” in Ukraine on Sunday, becoming the latest high-profile Russian figure to voice opposition to the war.

Her comments came in an Instagram post in which she expressed support for her husband, Maxim Galkin, a comedian who was designated a “foreign agent” by Russia’s Justice Ministry on Friday under a draconian law to rid the country of foreign influence and funding.

In her post, Pugacheva said her husband wished for an end to the death of Russian soldiers, who were “dying for illusory aims that make our country a pariah.”

She said Galkin was a “good real and incorruptible patriot of Russia” who wished for “prosperity” and “freedom of speech,” while she appealed to the ministry to label her a foreign agent as well.

In a call with reporters on Monday, Kremlin spokesman Dmitry Peskov declined to comment on Pugacheva’s post. 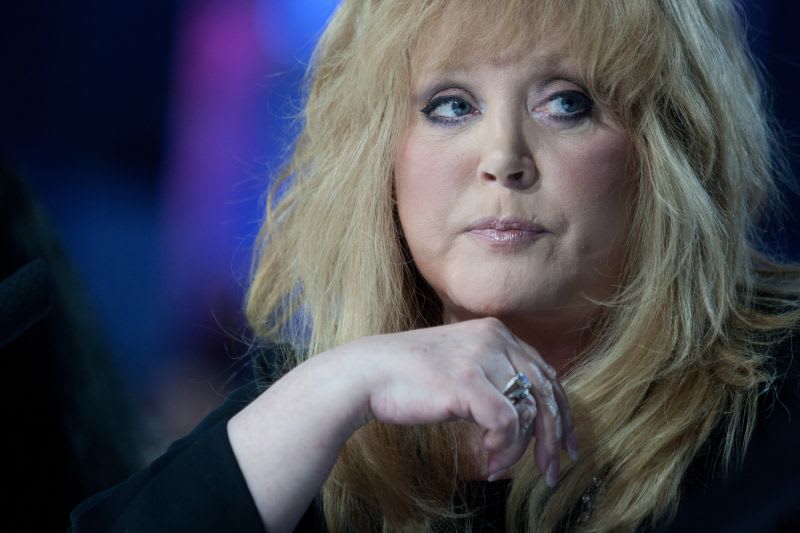 Russian pop legend speaks out against war in Ukraine | CNN

Russian shelling has injured at least two people, including a child, in the northeastern region of Kharkiv over the past day, according to a local official.

An 11-year-old boy was injured in Kupiansk and one person was hospitalized with injuries in the Chuhuiv district, the head of the Kharkiv region military administration, Oleh Syniehubov, said on Monday.

Residential buildings, commercial buildings and infrastructure facilities were also damaged by the bombardment, he added.

Six civilians were “blown up” by mines in Kharkiv over the past day, and all of them were hospitalized with injuries, according to Syniehubov.

“In the liberated territories of Kharkiv region, mine danger is very high,” Syniehubov said. “Move only where demining has already been carried out.”

Some background: Russian forces have escalated attacks on civilian infrastructure in recent weeks amid Kyiv's sweeping counteroffensive in the eastern and southern regions of the country.

Russian troops carried out a missile attack on the industrial site of the South Ukraine Nuclear Power Plant in the southern Mykolaiv region, nuclear operator Energoatom said on Monday. However, all three power units were operating normally.

On Saturday, a thermal power plant located in the eastern Donetsk region came under heavy Russian, damaging equipment on the property and interrupting local water supplies.

Ukrainian President Volodymyr Zelenky said last week that large swathes of eastern Ukraine, including the Kharkiv and Donetsk regions, were without electricity following "deliberate and cynical missile strikes" from Moscow.

Russian troops carried out a missile attack on the industrial site of the South Ukraine Nuclear Power Plant in the southern Mykolaiv region, but all three power units are operating normally, nuclear operator Energoatom said on Monday.

A “powerful explosion” occurred just 300 meters (984 feet) from the reactors, and the shock wave damaged the power plant buildings, Energoatom said in a statement.

The attack shut down one of the hydropower units of the Oleksandrivska hydroelectric power station, which is part of the South Ukrainian power complex, according to Energoatom. Three high-voltage power lines were down as well.

A group of human rights defenders has issued an appeal to the Russian prosecutor general to investigate reports of prisoners being sent to war in Ukraine.

“Information was widely disseminated (in the show ‘Besogon TV,' [and] in the show ‘Vesti’ on the ‘Russia-1’ channel " on Sunday, August 7, 2022) that now throughout Russia there are thousands of prisoners with unserved terms for [committing] various -- including serious crimes -- who are sent to Ukraine to participate in a special military operation,“ the activists stated in the letter addressed to Russian Prosecutor General Igor Krasnov.

"In connection with the above, we ask you to clarify, on what basis are these persons released from prison, if this information is true?” the appeal asked.

The appeal also stated that prisoners should only be released before finishing their sentence under certain terms: a pardon from the President, amnesty from the State Duma, or parole by a court decision.

The activists that signed the appeal are associated with the Human Rights Council of St. Petersburg, a Russian NGO which monitors human rights violations.

Some context: CNN has done prior investigative reporting on the increasing evidence that prisoners across Russia have been recruited by the Russian military in exchange for contracts reducing their prison sentence. 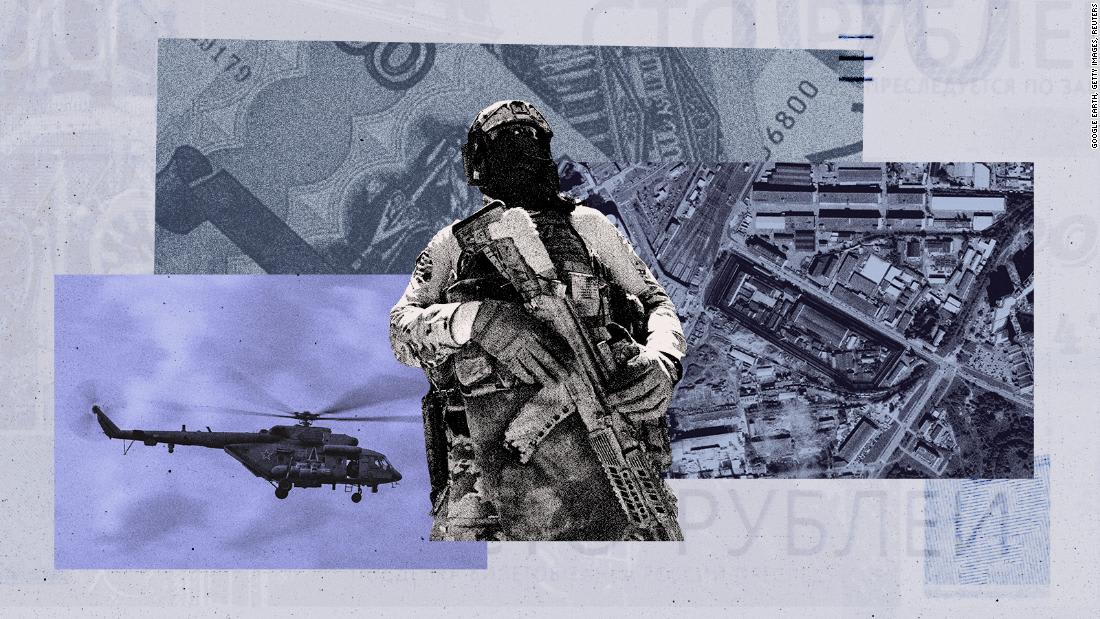 Russia dangles freedom to prisoners if they fight in Ukraine. Many are taking the deadly gamble.

In his nightly address on Sunday, Ukrainian President Volodymyr Zelensky called any perceived slowing of his military's progress “a preparation for the liberation of more cities.”

“Perhaps it seems to someone now that after a series of victories we have a certain lull. But this is not a lull. This is preparation for the next sequence," Zelensky said.

"For the next sequence of words that are very important to us all and that definitely must be heard.”

“The words that must be heard” are the names of liberated cities, according to Zelensky.

“Izium, Balakliya, Kupyansk and the Kharkiv region in general are the cities and communities that we have liberated. These words are heard now. They are heard everywhere, “he said.

“Mariupol, Melitopol and Kherson are also heard, but they will sound even more often and louder when we liberate them,” he continued.

Donetsk, Horlivka and Luhansk -- they will be heard as well. Dzhankoy, Yevpatoriya, Yalta -- and they will, too. Definitely,” the President concluded.

Until a few weeks ago, it looked as though the conflict in Ukraine would head into the bitter winter months frozen in place -- with neither side making appreciable progress.

That prognosis has changed with the sudden and successful Ukrainian offensive through most of occupied Kharkiv, which has galvanized Ukraine's Western backers as much as it has led to recriminations in Moscow.

The Russian military must now ask itself what sort of force, and where exactly they are deployed, can regain the initiative after Ukraine captured more territory in one week than Russian forces had in five months.

Ukraine's stunning counteroffensive across Kharkiv, combined with more attritional advances in the south, has presented the Kremlin and Russia's much-criticized Defense Ministry with a range of bad options.

As winter approaches, they must choose which front to prioritize, and whether to double down on efforts to fulfill Putin's stated objective: the seizure of Donetsk and Luhansk regions. The Russians currently hold about 20% of Ukrainian land, including Crimea and parts of the south.

There are important political dynamics involved too. The Kremlin faces tough choices: whether to declare a general mobilization to reinvigorate its increasingly ragged units in Ukraine and how to manage a budget deficit -- even though it's sitting on historically high foreign reserves.

Far beyond the theater of war, Russia must choose how far to weaponize its influence over Europe's gas supply, as governments prepare to spend big to mitigate the effects of exceptionally tight supply.

Another potential dilemma: the first signs that Chinese support for the Russian invasion, never whole-hearted, may be waning.

Ukrainian defenses continue to consolidate liberated territories in the eastern part of the country as Russian forces regroup, the Ukrainian military said Sunday.

“The enemy is regrouping troops in separate directions, looking for ways to pull up reserves, and conducting aerial reconnaissance. Inspections are being intensified in the occupied settlements,” the military's Operational South Command said via Facebook.

Officials describe the situation in the southern Kherson region as “tense,” and a regional military official said the humanitarian situation in liberated settlements is difficult.

TASS did not provide details about the identity of the "armed men" or how many of them were in the group.

Ukraine’s South Operational Command described the shooting as a provocation by the Russians, saying “they pass it off as counter-subversive measures, trying to accuse the Armed Forces of Ukraine of mindless street fighting among the civilian population.”

The operational command also claimed that Russian forces “are shelling the houses of civilians, objects of civil and critical infrastructure,” in the Kherson region.

Elsewhere in the southern part of the country, explosions were heard in Melitopol, according to the city’s mayor.

“For the third day, explosions are heard in the city. Yesterday morning and afternoon, warehouses with ammunition and enemy military equipment, located on the shore of the Molochny estuary, exploded. Some time ago, the Russians removed their equipment from the city of Melitopol and placed it right on the shore of the estuary,” Mayor Ivan Fedorov said on Ukraine’s national TV.