Macron also said it was a missed opportunity to “go to a way towards peace.”

“And I have no rational explanation,” he added, calling the invasion the “strategy of Germany intervention” and a “post-Covid-19 consequence” due to Putin’s isolation during the pandemic. 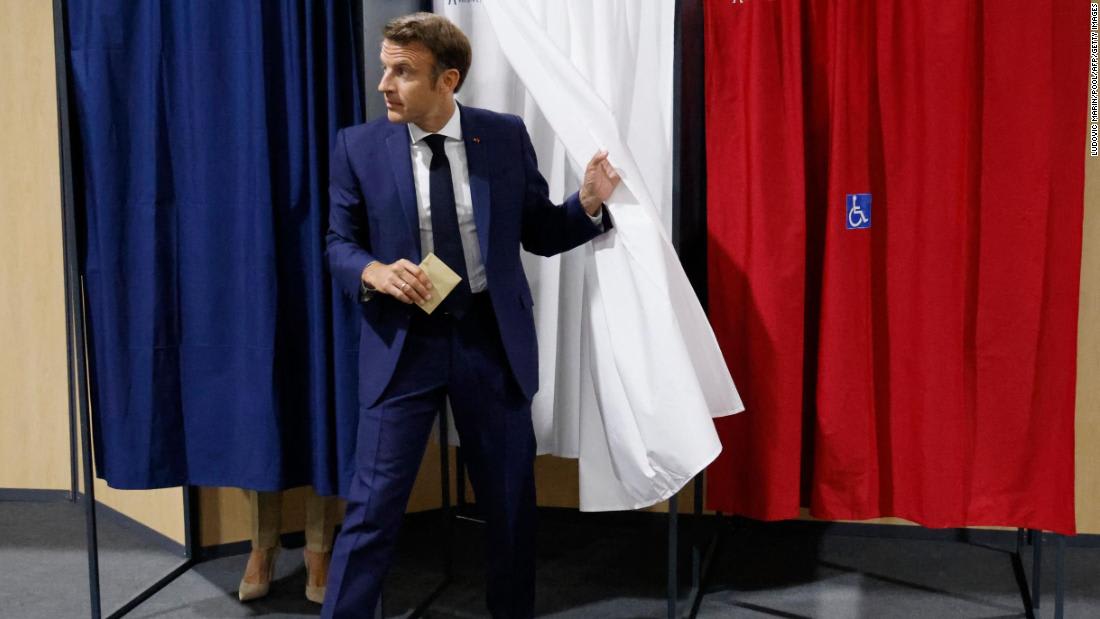 Russian state carrier Aeroflot announced on Thursday that it would return money for tickets purchased before Wednesday to those Russians who were mobilized.

“Citizens subject to conscription who purchased tickets before September 21, 2022 (inclusive) are entitled to an involuntary [outside the control of the customer] refund on the ticket,” the company said in a statement.

“To do this, you must personally contact the place of purchase of the ticket and present any of the documents confirming the right to terminate the contract and receive a return of the funds,” it said.

Flights leaving Russia sold out within hours of Russian President Vladimir Putin’s announcement of partial mobilization on Wednesday, while costs for the few available tickets soared in price, according to Russian aggregator websites.

More than 1,300 anti-war demonstrators have been arrested across Russia following President Vladimir Putin's announcement of a partial mobilization Wednesday, according to OVD-Info, an independent protest monitoring group. Some detainees have been directly conscripted into the Russian military, OVD-Info spokeswoman Maria Kuznetsova told CNN.

Meanwhile, the UK government has confirmed the release of five British nationals who were freed alongside two US veterans, as more details of the Ukraine-Russia prisoner swap emerge.

Prisoner swap: The UK government confirmed that five British nationals have been released as part of the prisoner swap between the Ukraine and Russia. Brokered by Saudi Arabia, the deal also saw nationals from the United States, Morocco, Sweden and Croatia leave detention by Russian-backed forces.

More than half of anti-war demonstrators are women: Over 1,300 anti-war protesters were detained in Russia Wednesday, according to the independent monitoring group OVD-Info. The watchdog said 51% of the publicly named detainees were women, with nine journalists and 33 minors also among those held.

Wives of some of the scores of Ukrainian fighters released by Russia in a prisoner swap have described to CNN the disbelief and joy of hearing their loved ones had been released.

Alina Volovyk, speaking with CNN via WhatsApp, described getting a phone call from a man she did not recognize at first as her husband, Artem Volovyk, a Ukrainian Marine who fought at the Azovstal Steel Plant earlier this year, before all of Mariupol was captured by Russian forces.

“At first, I didn't understand what was going on and where he was,” Alina Volovyk recalled. “But he said, ‘Honey, I’m already in Ukraine! There was a swap.’”
“I just started screaming, my hands were shaking,” she said. “Now I am the happiest woman in the world.”

Russia on Wednesday released 215 people from its custody, including some foreign nationals who had been fighting for Ukraine. In exchange, Ukraine released 55 people, as well as Viktor Medvedchuk, a pro-Russian Ukrainian politician and oligarch, whose daughter is goddaughter to Vladimir Putin.

Among the 215 people released by Russia were “188 heroes of Azovstal and Mariupol,” Ukrainian President Volodymyr Zelensky said overnight.

The release of the Azovstal and Mariupol fighters is a major coup for Ukrainian morale, given the huge role the defense of Mariupol played in the Ukrainian psyche early in the war.

This is the largest single release of fighters from Mariupol. In a June prisoner swap, Russia released 144 soldiers, among whom 95 had defended the Azovstal plant.

Ruslana Volynska, whose husband Serhii "Volyna" Volynskyi, was acting commander of the 36th Separate Marine Brigade, told CNN via text message that she found out about the swap on the Internet.

“Later Serhii called himself, and I heard him. It was boundless joy, shock, happiness! All emotions were mixed! I cried with happiness, and could not believe that this day had come," she said.

An advisor to Mariupol’s Ukrainian mayor, Petro Andriushchenko, who was forced to leave his city as Russia advanced, said on Telegram that Mariupol “rejoices the return of its Heroes to Ukrainian soil. Even in the occupation!”

“I still can't believe it,” Alina Volovyk told CNN. “It seems to me that this is a dream and I will wake up soon. I couldn't sleep until 5 a.m., because I was overwhelmed with emotions.”

“Only two hours ago, when I was doing some shopping, I realized that my husband was at home and started to cry. The only thing I want now is to hug him as soon as possible,” she added.

"Rather, this reaction from Putin to Ukraine's successes spurs us on to continue to support Ukraine and send this clear signal," Lambrecht told reporters in Berlin following a meeting with her French counterpart.

"We see that Ukraine has achieved great successes," she said, highlighting the support it received from Germany and France.

We see how Russia reacts to these successes — in a desperate manner."

Lambrecht also said the announced referendums by Kremlin-backed officials in Ukraine ''will have no impact on us," noting they will not change the level of support Ukraine will receive from Germany.

French Defense Minister Sebastien Lecornu said France will also continue its support for Ukraine in terms of arms and training, adding that France needed cooperation within NATO to do so.

Five British nationals have been released as part of a prisoner swap between Ukraine and Russia, the UK government confirmed on Thursday.

Aiden Aslin, Shaun Pinner, John Harding, Dylan Healy and Andrew Hill have all been released, according to the government.

Two American veterans and three further nationals from Morocco, Sweden, and Croatia have also been released as part of a deal brokered by Saudi Arabia.

All five citizens are "back safely in the UK", non-profit organization the Presidium Network -- which has been supporting Healy's family -- told the BBC Thursday.

The Presidium Network's co-founder Dominik Byrne added that the released Brits -- captured while fighting alongside Ukrainian forces -- were "looking forward to normality with their families after this horrific ordeal."

The UK government has not yet confirmed the process that brokered the group's release, the report from the BBC added.

"Hugely welcome news that five British nationals held by Russian-backed proxies in eastern Ukraine are being safely returned, ending months of uncertainty and suffering for them and their families," she said in a tweet.

Truss thanked Ukrainian President Volodymyr Zelensky for "for his efforts to secure the release of detainees" and Saudi Arabia for its “assistance." 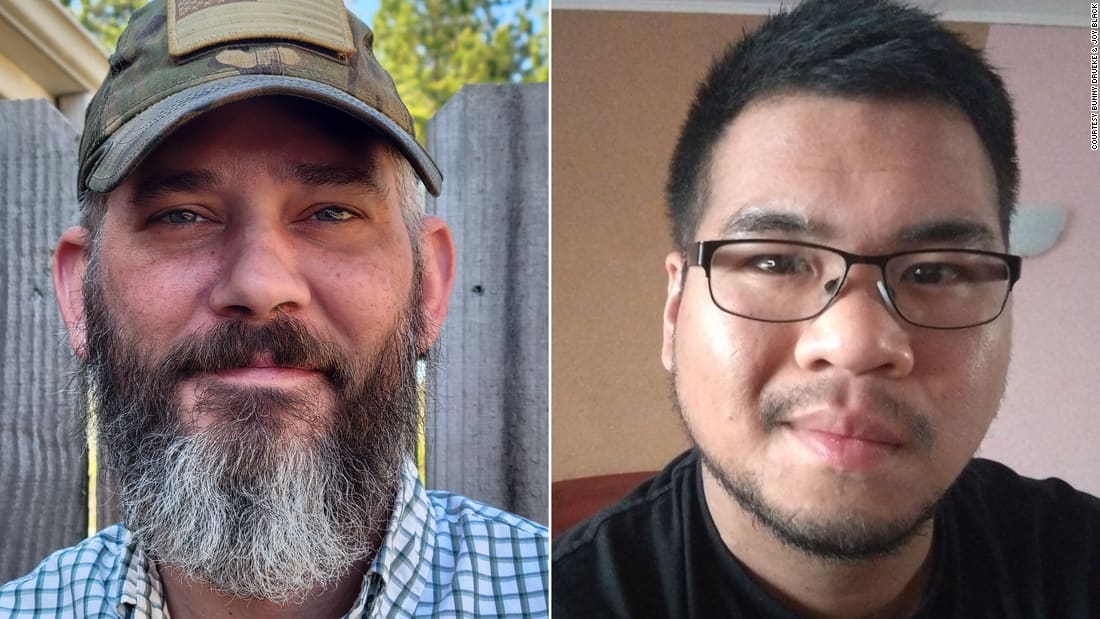 When asked whether, in this sense, the status of hostilities has changed, Peskov said, "No, it hasn’t."

The decree signed on Wednesday by Russian President Vladimir Putin appears to allow for wider mobilization than he suggested in his Wednesday morning speech.

“We are talking about partial mobilization,” President Putin said on Wednesday in his televised address. “In other words, only military reservists, primarily those who served in the armed forces and have specific military occupational specialties and corresponding experience, will be called up.”

Defense Minister Sergei Shoigu, too, said that “there is no question of any mobilization of university students and there will be none under no circumstances.”

The first paragraph of the decree signed by President Putin talks about a “partial mobilization.”

But it does not define those eligible as narrowly as Russia’s leader did in his address. Instead, it says that the only people to which it does not apply are those who are ineligible because of age, sickness, or imprisonment.

Ekaterina Schulmann, a Russian political scientist and associate fellow at Chatham House, said on Telegram that while the decree “describes the mobilization as partial,” it “sets no parameters of this partiality, either territorial or categoric.”

“According to this text, anyone can be called up except for those working in the military-industrial complex who are exempt for the period of their employment. The fact that the mobilization applies only to reservists or those with some particularly necessary skills is mentioned in the address, but not in the decree,” she said.

Russian human rights lawyer Pavel Chikov, also on Telegram, said that the decree sets out mobilization “in the broadest terms.”

“The president is leaving it at the Defense Minister's discretion. So in fact it is the Russian Defense Ministry that will decide who will be sent to war, from where and in what numbers.”

Russia's military is divided over how best to counter Ukraine's unexpected battlefield advances this month, according to multiple sources familiar with US intelligence, as Moscow has found itself on the defensive in both the east and the south.

Russian President Vladimir Putin is himself giving directions directly to generals in the field, two sources familiar with US and western intelligence said — a highly unusual management tactic in a modern military that these sources said hints at the dysfunctional command structure that has plagued Russia's war from the beginning.

Intelligence intercepts have captured Russian officers arguing amongst themselves and complaining to friends and relatives back home about decision-making from Moscow, one of these sources told CNN.

And there are significant disagreements on strategy with military leaders struggling to agree on where to focus their efforts to shore up defensive lines, multiple sources familiar with US intelligence said.

The Russian Ministry of Defense has claimed that it is redeploying forces towards Kharkiv in the northeast — where Ukraine has made the most dramatic gains — but US and western sources say the bulk of Russian troops still remain in the south, where Ukraine has also mounted offensive operations around Kherson.

So far, Russia has responded to Ukraine's advances by launching attacks against critical infrastructure like dams and power plants — attacks that the US sees as largely "revenge" attacks rather than operationally significant salvos, a source said.

Putin's mobilization order is significant because it is a direct acknowledgment that Moscow's "special military operation" wasn't working and needed to be adjusted, military analysts said.

CNN's Barbara Starr and Tim Lister contributed to this reporting