Since they first started arriving in Ukraine last spring, the Starlink satellite internet terminals made by Elon Musk’s SpaceX have been a vital source of communication for Ukraine’s military, allowing it to fight and stay connected even as cellular phone and internet networks have been destroyed in its war with Russia.

So far roughly 20,000 Starlink satellite units have been donated to Ukraine, with Musk tweeting on Friday the “operation has cost SpaceX $80 million and will exceed $100 million by the end of the year.”

But those charitable contributions could be coming to an end, as SpaceX has warned the Pentagon that it may stop funding the service in Ukraine unless the US military kicks in tens of millions of dollars per month.

Documents obtained by CNN show that last month Musk’s SpaceX sent a letter to the Pentagon saying it can no longer continue to fund the Starlink service as it has. The letter also requested that the Pentagon take over funding for Ukraine’s government and military use of Starlink, which SpaceX claims would cost more than $120 million for the rest of the year and could cost close to $400 million for the next 12 months.

“We are not in a position to further donate terminals to Ukraine, or fund the existing terminals for an indefinite period of time,” SpaceX’s director of government sales wrote to the Pentagon in the September letter. 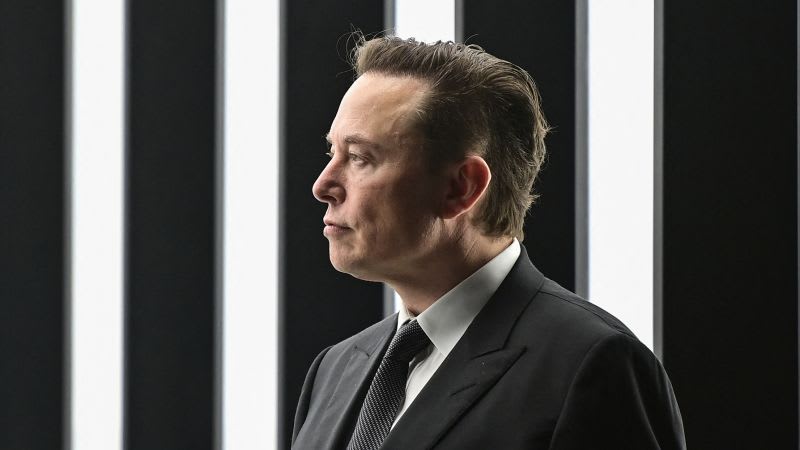 Exclusive: Musk's SpaceX says it can no longer pay for critical satellite services in Ukraine, asks Pentagon to pick up the tab | CNN Politics

Ukraine is demanding that the International Committee of the Red Cross immediately send a delegation to the Russian prisoner of war camp at Olenivka in the Russian-occupied Donetsk region.

Andriy Yermak, the head of President Volodymyr Zelensky's office, published the call for a mission on the administration's website.

"At the end of July, as a result of terrorist shelling by the Russian occupiers, more than 50 defenders of Ukraine were killed" at the camp, Yermak told the Red Cross, according to the public message.

The Russian Defense Ministry said a Ukrainian HIMARS rocket attack was responsible for the strike. The CNN investigation, based on analysis of video and photographs from the scene, satellite imagery from before and after the attack and the work of forensic and weapons experts, concluded the Russian version of events was very likely a fabrication.

In the aftermath of the attack, the Russian Defense Ministry said it was ready for the Red Cross to visit the camp. But, despite repeated requests from the organization, no visit was ever arranged.

Yermak said the conditions under which Ukrainian prisoners are held, and what they face in places of detention in the Russian Federation and in the temporarily occupied territory of Ukraine, "is extremely important."

"There are concentration camps again, and it is impossible to remain silent about this," he said.

"Therefore, I call for the Red Cross mission with international media representatives to arrive in Ukraine no later than in three days, even if you do not receive confirmation from Russia by this time. And we are sure that Russia is not interested in the truth being known."

It's unclear how any mission to Olenivka could happen without Russian consent, as the detention center is in Russian-occupied territory.

The head of the UN’s nuclear watchdog has said that progress is being made toward establishing a safety zone around the Russian-occupied Zaporizhzhia nuclear plant in Ukraine.

IAEA Director General Rafael Grossi shared photographs on Twitter of a meeting with Ukrainian Foreign Minister Dmytro Kuleba in a Kyiv bunker on Thursday, saying “we are making progress” toward establishing a protection zone around Europe’s largest nuclear power plant.

Later on Thursday, Grossi told reporters in Kyiv “the work continues, and I believe we are making good progress.”

However, he added the “situation continues to be extremely fragile, extremely precarious.”

In a tweet, Kuleba said he had “reiterated that Russia must withdraw from the ZNPP to ensure its nuclear safety and security, immediately stop abductions and intimidation of the Ukrainian personnel,” when he met with Grossi Thursday.

Russia said Thursday its forces would help evacuate residents of occupied Kherson to other areas, as Kyiv continued to make gains in its offensive to retake the southern Ukrainian region.

The announcement by Russian Deputy Prime Minister Marat Khusnullin came shortly after the head of the Moscow-backed administration in Kherson, Vladimir Saldo, appealed to the Kremlin for help moving residents out of harm’s way, in the latest indication that Russian forces were struggling in the face of Ukrainian advances.

The Ukrainian military has been carrying out a counteroffensive in Kherson and eastern parts of the country, taking back territory that had been occupied by Russia as well as striking critical infrastructure such as bridges and railways.

Saldo claimed cities throughout Kherson, one of four Ukrainian regions Russia claimed to have annexed in violation of international law, were being hammered by dangerous airstrikes. 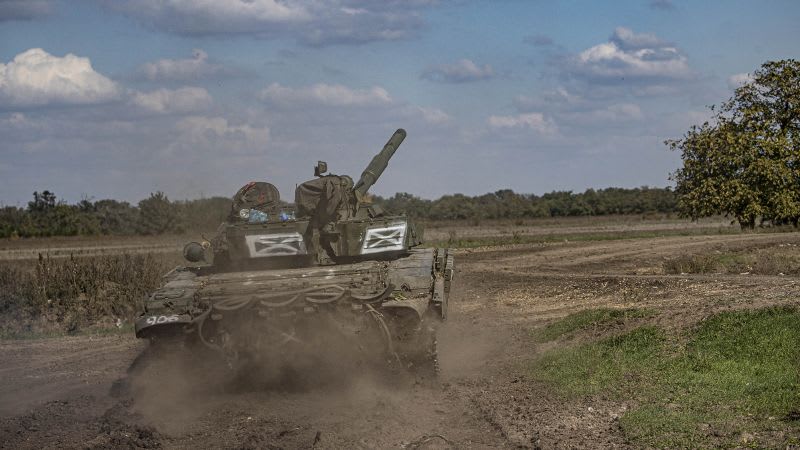 Qatar’s Emir Sheikh Tamim al-Thani met with Russian President Vladimir Putin on the sidelines of a conference in Astana, Kazakhstan, on Thursday to “defuse tensions” between Moscow and Doha, a source familiar with the talks, but not authorized to speak about them publicly, told CNN.

The United States and the European Union were briefed on the meeting before it took place, said the source.

“The purpose of the meeting between Qatar’s Emir and President Putin was to defuse the tensions between Russia and Qatar, which have grown following several events,” the source said.

A strain in the relationship between the two countries has emerged in recent months. The source said tensions have increased several times: after the Emir held a phone conversation with Ukrainian President Voldymyr Zelensky on Monday; after Qatar criticized Russia’s planned annexation of Ukrainian territory; and after Qatar’s participation in a meeting with NATO +8 countries in Germany in April. 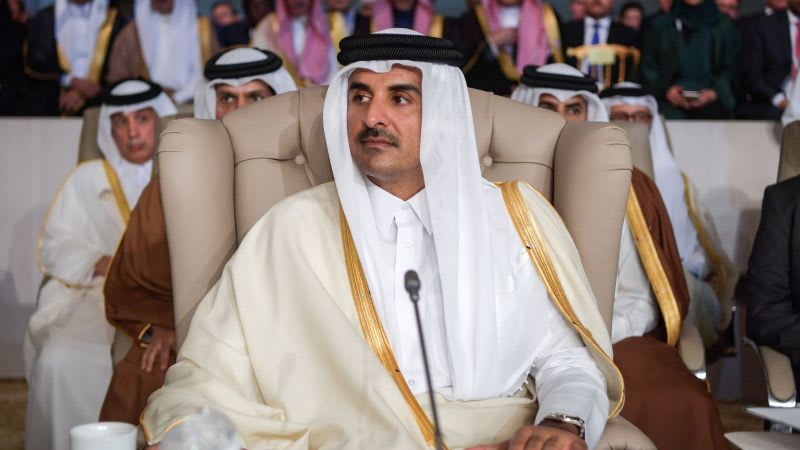