WNBA star Brittney Griner, who lost an appeal against her 9-year jail term in Russia on Tuesday, is hoping for a prisoner exchange, according to her lawyer.

"Brittney had this hope from the very start when she was detained," lawyer Maria Blagovolina told CNN’s Wolf Blitzer on Tuesday evening.

Griner wasn’t expecting much from the appeal hearing, but “she still had some hope,” she said. “She was very upset when the court hearing ended,” the lawyer added.

The judge upheld her conviction on drug smuggling charges and reduced only slightly her prison sentence.

Some background: US officials have tried to secure the release of Griner and Paul Whelan, another American imprisoned in Russia, by proposing a prisoner swap with Russia. Those efforts have continued in recent weeks, National Security Adviser Jake Sullivan said Tuesday in a statement that called the latest hearing a “sham,” adding, “President Biden has been very clear that Brittney should be released immediately.”

"The leaders reaffirmed the special relationship between our countries, underscoring their desire to further enhance cooperation on issues critical to global security and prosperity," according to a readout from the White House. "The leaders agreed on the importance of working together to support Ukraine and hold Russia accountable for its aggression, address the challenges posed by China, and secure sustainable and affordable energy resources."

They also discussed the future of the Good Friday Agreement, which largely ended three decades of conflict in Northern Ireland, including "the need to maintain momentum toward reaching a negotiated agreement with the European Union on the Northern Ireland Protocol,” the White House said.

Vilnius, Lithuania — As his daughters dozed off in the back seat, his wife filmed him driving, eyes narrowed, focused on the dark road ahead. Andrei, a doctor, had been plotting their escape from Belarus since 2020, when the Kremlin-backed regime cracked down on a popular uprising, sending the country spiraling deeper into authoritarian rule and engulfing it in a climate of fear.

When Russia launched its assault on Ukraine from Belarus’ southern doorstep, getting out suddenly felt more urgent. His family watched from the windows of their apartment block as helicopters and missiles thundered through the sky. Within days, Andrei — whose name has been changed for his safety — said he found himself being forced to treat Russian soldiers injured in Moscow’s botched assault on the Ukrainian capital Kyiv. Then, at the end of March, he was jailed on trumped-up corruption charges. After his release in May, and carefully weighing the risks, he decided it was time to leave.

Belarusian President Aleksandr Lukashenko had admitted that Belarus was providing medical aid to Russian military personnel, but little is known about what happened in the hospitals where they were taken, which were kept under strict surveillance. In interviews with Belarusian doctors, members of the country’s medical diaspora, human rights activists, military analysts and security sources, CNN examined the role Belarus played in treating Russian casualties, while the Kremlin sought to conceal them.

Their testimonies and documentation — including medical records — offer insights into the Belarusian government’s complicity in the Ukraine war, as fears mount that the country might be sucked further into the fight.

Click here to read more on the CNN Special Report 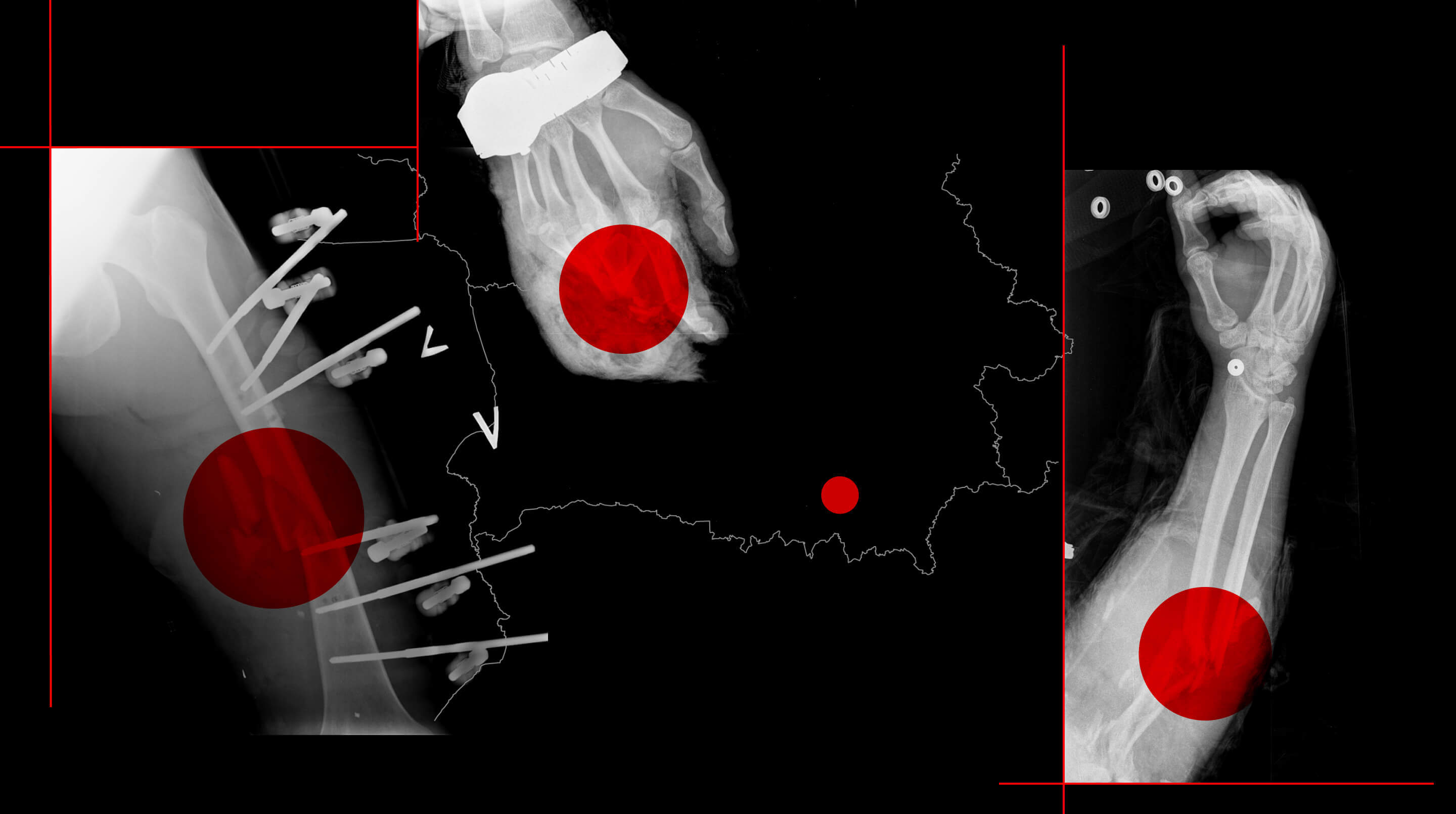 Inside the hospitals that concealed Russian casualties

Police in Norway arrested an academic working at the University of Tromsø in the Arctic Circle on Monday, on suspicion of spying for Russia, according to Norwegian public broadcaster NRK.

Norway’s police told NRK that the man, a researcher at the university, claims to be a Brazilian citizen but they suspect he could be using a false identity and could actually be a Russian citizen.

“We have asked that a Brazilian researcher at the University of Tromsø be expelled from Norway as we believe he represents a threat to fundamental national interests,” said Hedvig Moe, Assistant Head, Norwegian Police Security Service, speaking to NRK.

“PST (Norwegian Police Security Service) is worried that he may have acquired a network and information about Norwegian politics of the northern area. Even if this network or the information gathered bit by bit is not a threat to the security of the kingdom, we are worried that the information could be misused by Russia,” Moe added.

CNN has reached out to the police force for comment.

Norway has been on edge after a series of leaks in two Russian gas pipelines – both of which run under the Baltic Sea near Sweden and Denmark – that leaders of several countries said were the likely result of sabotage.

The White House said Tuesday it was taking notice of steps Saudi Arabia has taken in recent days to support Ukraine as President Joe Biden weighs a recalibration of US-Saudi ties.

The comment was notable because Biden has previously accused Riyadh of siding with Russia after the Saudi-led OPEC+ announced a cut in oil production, a step that could cause energy prices to rise.

Saudi officials vehemently denied that was the case, but Biden nonetheless vowed “consequences” for the step and his aides said Biden would rethink Washington’s longstanding ties to the Gulf monarchy.

Biden continues to “strategically think through what the review process is and how we move forward with this relationship,” White House press secretary Karine Jean-Pierre said.

But she said the White House was taking note of recent steps showing Saudi Arabia on the side of Ukraine.

“We've taken note since the OPEC plus cut that Saudi Arabia voted against Russia at the United Nations and also pledged $4 million to support Ukraine's reconstruction and humanitarian needs,” Jean-Pierre said. “These steps do not compensate, though, for the production cut, but they are noteworthy.”

“We'll be watching to see what Saudi Arabia does over the coming weeks and will inform our consultations and review,” she said.

The comments were more conciliatory than previous statements from the administration, which accused Saudi Arabia of trying to “spin or deflect” its oil cut decision.

Biden himself told CNN's Jake Tapper he was looking to take action against the kingdom.

“There’s going to be some consequences for what they’ve done, with Russia,” the President said.

But on Tuesday, Jean-Pierre said the more recent steps would be taken into consideration as Biden formulates a response.

“We've been very clear. We are noticing some actions that they've taken, as I just laid out, at the United Nations and what Saudi Arabia was able to do in helping Ukraine because that is something that is incredibly important,” Jean-Pierre said.

Experts from the International Atomic Energy Agency are set to arrive in Ukraine “shortly,” foreign minister Dmytro Kuleba tweeted on Tuesday, as Kyiv attempts to head off unsubstantiated claims from the Kremlin about a so-called “dirty bomb” plot. Russia raised the issue to the United Nations Security Council on Tuesday in a closed-door meeting.

Newly-appointed British Prime Minister Rishi Sunak held his first phone call with Ukrainian President Volodymyr Zelensky on Tuesday and assured him the UK’s support for Ukraine is “as strong as ever under his premiership,” according to a readout from Downing Street.

Zelensky could count on Sunak’s government to “stand in continued solidarity," it said.

“Both leaders agreed on the need to continue to place pressure on [Russian President Vladimir] Putin’s barbaric regime through continued economic sanctions.”

“President Zelensky congratulated the Prime Minister on his appointment and wished him a happy Diwali”, it said.

Tweeting on Tuesday, Zelensky described the conversation as excellent and said the two agreed to “write a new chapter” in their countries’ relations.

The agent of US basketball star Brittney Griner called a Russian court’s rejection of the player's appeal "disappointing, yet unsurprising."

The decision “further validates the fact that she is being held hostage and is being used as a political pawn. Brittney Griner is being held by Russia simply because she is an American," Lindsay Colas added.

Colas said that the sentence that Griner received “is regarded as harsh and extreme by Russian legal standards.”

The player's agent called for urgency, pointing to what has happened to other US wrongful detainees around the world. She sought to rally Griner’s supporters to keep supporting efforts to get the player home.

“We call on all people, fellow Americans, along with the global sports community, to unite in their support for BG and President Biden’s efforts to do what is necessary to rescue her. We must support the use of all available tools to secure the safe return of BG and all Americans – with urgency,” Colas said. “The fire at Evin prison in Iran last week that almost killed American prisoner Emad Shargi, and Matthew Heath’s attempt to take his life in June while held in Venezuela, prove that time is an illusion. We do not have time. At any moment something might happen, and we must remain focused and unified in our call to return BG to her family immediately.”

The agent also thanked the Biden administration and other outside groups for advocating for Griner’s return.

“Each day matters, and we are thankful for every effort to ensure not one more day passes without her home,” Colas said.