US President Joe Biden's administration is unlikely to significantly change its approach to helping Ukraine fight Russia, sources tell CNN, and is rebuffing some Ukrainian weapons requests for now — even as Ukrainian forces have made sweeping gains and recaptured thousands of miles of territory from Russia in recent days.

US officials broadly view Ukraine's recent momentum as evidence that the types of weapons and intelligence that the West has been providing to Ukraine in recent months has been effective. And some caution that it's too early to call Ukraine's rapid progress in recent days a turning point in the war, warning that Russia is far from a spent force militarily.

Officials do not believe the battlefield landscape has changed enough to warrant a dramatic strategy shift in the short term despite recent Ukrainian requests to lawmakers and the Pentagon for long-range missile systems and tanks, which they assert can help them sustain the push for longer and keep the territory they have regained.

But for now, at least, the US is still not inclined to provide Ukrainian forces with the long-range Army Tactical Missile Systems, also known as ATACMS, that they have been requesting for months, officials told CNN.

Some background: ATACMS have a range of up to 300 kilometers (around 185 miles). The administration still thinks providing those systems could be escalatory because they could be used to fire into Russia itself. Currently, the maximum range of US-provided weapons to Ukraine is around 49 miles.

"It's our assessment that they don't currently require ATACMS to service targets that are directly relevant to the current fight," Under Secretary of Defense for Policy Colin Kahl told reporters in late August.

Last week, Defense Secretary Lloyd Austin intimated the US position hasn't shifted. "The HIMARS, using the GMLRS rockets, have been extraordinary in terms of enabling the Ukrainians to service the targets that they need to service inside of Ukraine," Austin said in Prague on Friday, making no mention of ATACMS.

Since the beginning of the conflict in February, the Biden administration has taken an incremental approach to providing arms to Ukraine — in some cases, later agreeing to send weapons that earlier in the conflict would have been deemed far too escalatory. Its calculus has largely been based on avoiding systems that might be seen by Russian President Vladimir Putin as too provocative, although those lines have moved over time and been criticized by some former officials as arbitrary.

Some US military officials also acknowledged that systems currently considered too escalatory — like F-16 jets, for example — might eventually be provided to Ukraine. But those sources cautioned that such a decision is likely far in the future and isn't linked to Ukraine's recent, but nascent, successes. And there are no indications that such discussions are underway now.

Oleksandr Vilkul, head of Kryvyi Rih civil military administration, said another Russian cruise missile had hit the city Thursday, hours after an attack on water infrastructure in the area.

In a brief Telegram post, Vilkul said the missile had hit "an industrial enterprise. The destruction is serious, the detailed consequences are being clarified."

Ukrainian authorities say that flood levels are receding after Russian missiles hit river infrastructure near the city of Kryvih Rih on Wednesday.

Oleksandr Vilkul, head of Kryvyi Rih civil military administration, said there had been seven missile strikes that had caused flooding affecting dozens of households and led to the evacuation of scores more.

Vilkul said work to repair the damage was 50% complete and water supplies were being restored.

He said the Russians had used their most expensive cruise missile to break a 600 millimeter pipe and leave 15,000 people without water for a day.

But he cautioned that the damage could have been much worse.

The Karachunovsky reservoir is huge -- there was a threat of a great flood. But thanks to coordinated actions, it was averted," said Vilkul.

Andrii Kurach, Head of the State Emergency Service of Dnipropetrovsk region, said water levels on the Inhulets river had dropped by 50 centimeters, after rising suddenly Wednesday.

In the wake of its setback in the Kharkiv region, the Russian military has struck various pieces of Ukrainian infrastructure, including power supplies.

Chinese leader Xi Jinping met with Russian President Vladimir Putin Thursday in a show of diplomatic support, as Moscow contends with growing international isolation over its faltering invasion of Ukraine.

The two authoritarian leaders have emerged as close partners in recent years, propelled by growing conflict with the West and a strong personal bond.

In a symbolic show of force and unity, Russian and Chinese navies conducted joint patrols and exercises in the Pacific Ocean just hours before their leaders' meeting, according to Russia's Ministry of Defense.

The meeting, their first face-to-face since the invasion, comes at a potentially consequential moment for Putin, whose troops are retreating en masse in the northeast of Ukraine, losing more territory in a week than they captured in five months. 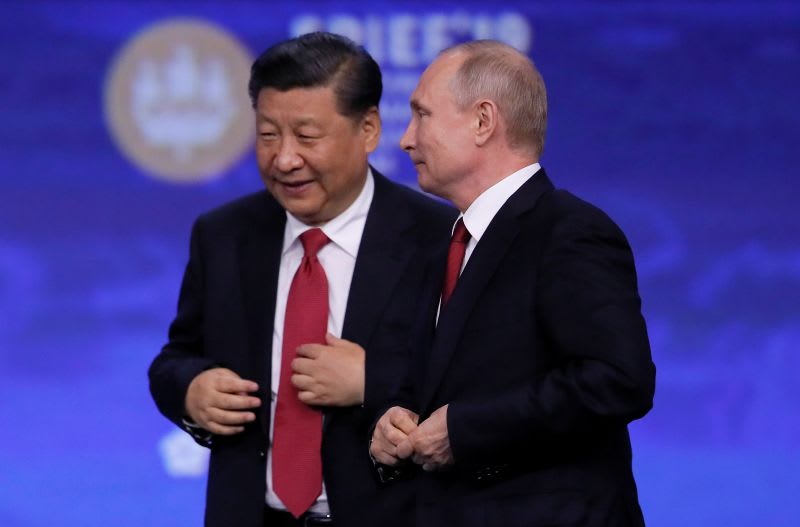 Ukraine says Russian missile strikes have broken a major dam in the central Ukrainian city of Kryvyi Rih, the latest attack from Moscow in a series of bombardments on civilian infrastructure.

Ukrainian President Volodymyr Zelensky said Wednesday that Russia targeted the Karachunivske Reservoir, adding that it had no military value and the strikes would only impact local civilians.

The strikes destroyed a water pumping station and flooded the embankments, which are just a few meters from residential buildings, according to Ukrainian legislator Inna Sovsun.

Water leaked into the Inhulets River -- the right tributary of the Dnipro River in southeastern Ukraine. Residents in districts across Kryvyi Rih were asked to evacuate their homes on Thursday to avoid flood-risk.

A regional official said Thursday that the water level in the Inhulets River had dropped by 40 centimeters (16 inches) and continues to fall, and thanked emergency workers for their efforts overnight.

"Thank you to the rescuers, emergency services and everyone who worked through the night and continues to work now. Each of you did an incredible job," Valentyn Reznichenko, the head of the Dnipropetrovsk region civil military administration, said in a Telegram post. 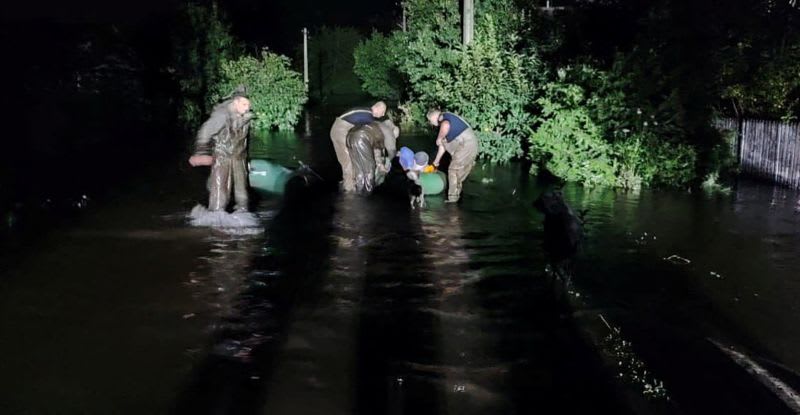 Chinese leader Xi Jinping and his Russian counterpart, Vladimir Putin, will meet face-to-face this week for the first time since Moscow sent troops into Ukraine earlier this year.

When they last met, in February in Beijing during the Winter Olympics, they proclaimed their friendship had "no limits." Since then, Russia has sought ever closer ties with China as Europe and the United States responded to the invasion with wave after wave of sanctions.

Beijing has carefully avoided violating Western sanctions or providing direct military support to Moscow. This balancing act, experts say, is a sign that Xi won't sacrifice China's economic interests to rescue Putin, who arrived at the Shanghai Cooperation Organization summit in Uzbekistan this week with his army retreating from large swathes of Ukrainian territory.

But the trading relationship is booming, in a lopsided way, as Russia desperately seeks new markets and China — an economy 10 times the size — scrambles for cheap commodities.

Trade in bilateral goods is at record levels as China snaps up oil and coal to tackle an energy crisis. Russia, meanwhile, has become a top market for China's currency, and Chinese companies are rushing to fill the vacuum left by departing Western brands. 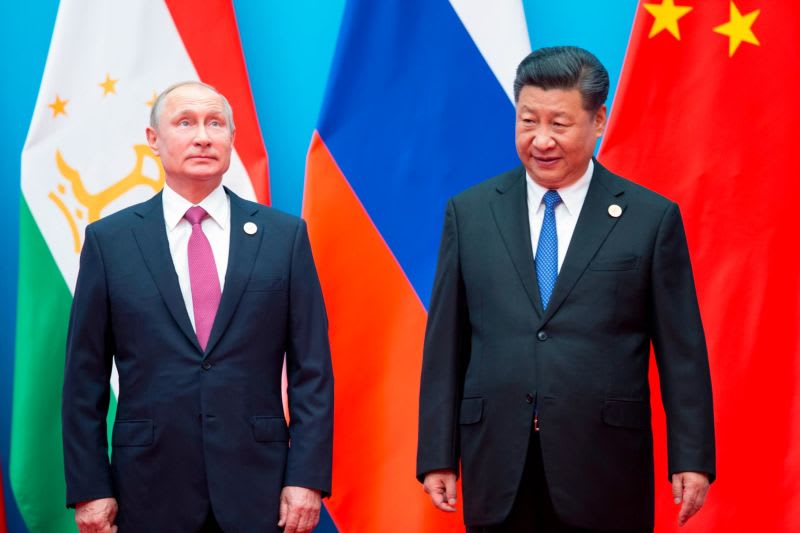 A senior Armenian official said late on Wednesday that a truce had been agreed with Azerbaijan after two days of violence linked to a decades-old dispute between the ex-Soviet states over the territory of Nagorno-Karabakh.

There was no word from Azerbaijan about a truce to halt the deadliest exchanges between the countries since 2020.

Russia is the pre-eminent diplomatic force in the region and maintains 2,000 peacekeepers there. Moscow brokered the deal that ended the 2020 fighting -- dubbed the second Karabakh war -- in which hundreds died.

Russian news agencies quoted Armen Grigoryan, secretary of Armenia's Security Council, as telling Armenian television: "Thanks to the involvement of the international community, an agreement has been reached on a ceasefire." 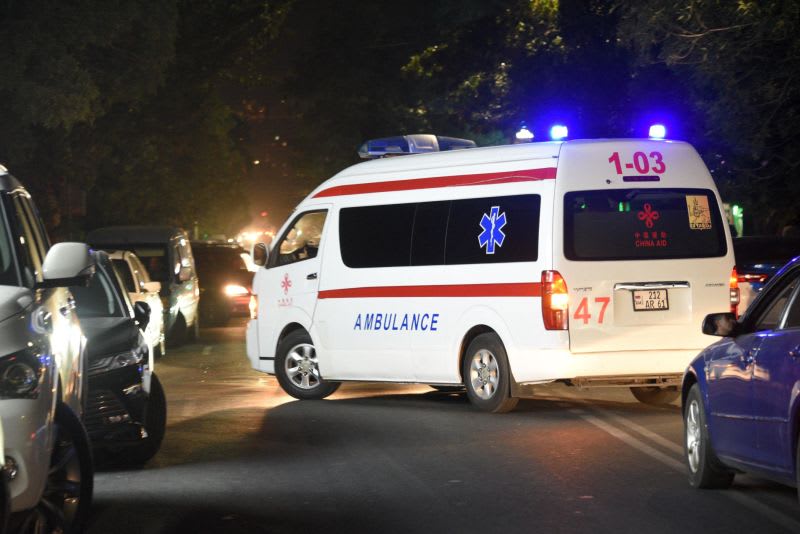 Shevchenkove may have been liberated after more than six months of Russian occupation, but in the run-down streets of this small town in northeastern Ukraine, there are no scenes of joy.

Its streets were practically deserted Tuesday, five days after Ukrainian forces swept through. Their trucks and a heavy police presence were the only signs of the dramatic events of the past few days, and a strong reminder of who is now in charge.

Civilians were few and far between. A few, huddled anxiously outside the police station, waited to have their phones checked for any sign of collaboration with the occupier.

Kharkiv police declined to tell CNN what would happen to anyone who was accused.

Ukrainian officials have vowed that anyone who collaborated with occupation forces will face criminal sanctions.

Other civilians hurried in and out of their homes, heads down and eyes downcast, to a food truck manned by Ukrainian military personnel, where bottles of water and plastic bags full of food were handed out.

Few were willing to speak to the media and CNN's cameras were turned away from the police station by Kharkiv police each time someone handcuffed and blindfolded was taken away in a police car. 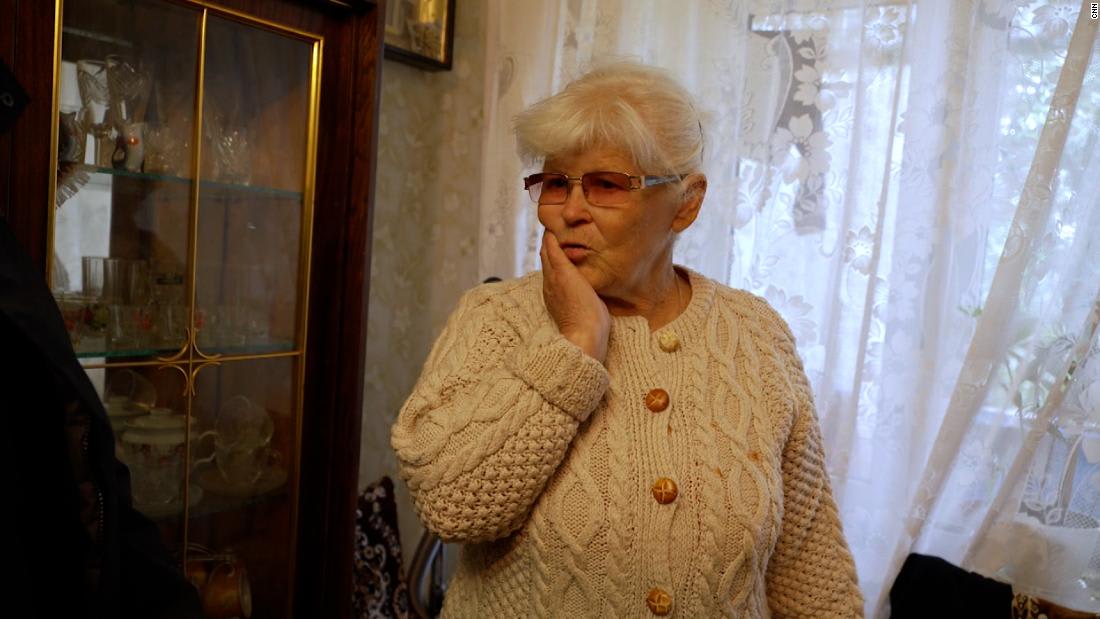 'We survived, thank God, we survived!' Relief, but little joy, in one Ukrainian town liberated after Russian occupation

The water level in the Inhulets River has dropped by 40 centimeters and continues to fall, according to the head of the Dnipropetrovsk region civil military administration Valentyn Reznichenko.

“Thank you to the rescuers, emergency services and everyone who worked through the night and continues to work now. Each of you did an incredible job,” Reznichenko said in a Telegram post Thursday.

On Wednesday, Ukrainian President Volodymyr Zelensky said Russian missile strikes had targeted and hit the dam of the Karachunivske Reservoir in Kryvyi Rih.

The strikes destroyed a water pumping station and flooded the embankments, which are just a few meters from residential buildings, according to Ukrainian legislator Inna Sovsun.

Residents in districts across Kryvyi Rih – the largest city in central Ukraine – were asked to evacuate their homes Thursday due to the risk of floods.