Russian mechanized forces that had entered Ukraine through Belarus were about 20 miles (32 kilometers) from Kyiv, top Biden administration officials told House lawmakers in a briefing Thursday, according to two sources on the call, which occurred about 6:30 p.m. ET.

The officials described another Russian element that entered Ukraine from Russia being a bit further away, but that both were headed toward Kyiv with the goal of encircling the city and potentially toppling the Ukrainian government, according to the lawmaker on the call.

A long convoy of vehicles has been moved across a military pontoon bridge over the Pripyat River near the Ukrainian-Belarussian border, according to new satellite images from Capella Space.

The images, taken at 9:57 p.m. Kyiv time on Thursday, show the vehicles lined up on the southern shore of the Pripyat River. 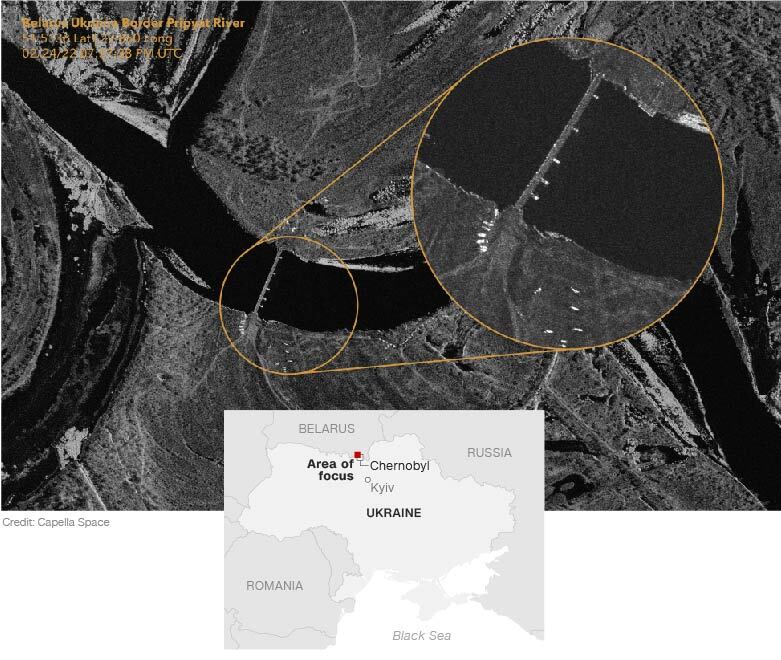 This location is deep in Palieski State Radioecological Reserve, which is part of the greater Chernobyl exclusion zone.

A mile away from the convoy and pontoon bridge site, dozens of other vehicles are arranged in columns near the abandoned village of Dovlyady, Belarus.

The road from Dovlyady travels across the Ukrainian border to Pripyat and to the damaged Chernobyl nuclear reactor.

Earlier on Thursday, Russian forces reportedly took control of the reactor site. CNN has been reporting about the pontoon bridge’s existence since it was first identified on satellite imagery on Feb. 15.

India's leader Narendra Modi "appealed for an immediate cessation of violence" in a call with Russian President Vladimir Putin on Thursday, according to a statement issued by the Indian Prime Minister's office.

Modi “appealed for an immediate cessation of violence, and called for concerted efforts from all sides to return to the path of diplomatic negotiations and dialogue,” the statement said.

Putin briefed Modi about the recent developments in Ukraine, with Modi “reiterating his long-standing conviction that the differences between Russia and the NATO group can only be resolved through honest and sincere dialogue,” the statement added.

Modi also expressed concern over the safety of Indian citizens in Ukraine, especially students, adding “India attaches the highest priority to their safe exit and return.”

At least 20,000 Indian nationals including students live in Ukraine, according to India's ambassador to the UN.

Russia-India ties: Moscow and New Delhi have a military and technical cooperation pact until 2031, and a pledge to boost annual trade to $30 billion by 2025.

They reinforced their ties in December, when Putin traveled to India and the two leaders signed a flurry of trade and arms deals, including 28 investment pacts.

Ukraine's capital was targeted with missile fire early on Friday local time, according to an adviser to the country's government.

"Strikes on Kyiv with cruise or ballistic missiles continued," Anton Gerashchenko, adviser to Ukraine's head of the Ministry of Internal Affairs, told reporters via text message.

A CNN team on the ground reported hearing two large blasts in central Kyiv and a third loud explosion in the distance early on Friday.

US Defense Secretary Lloyd Austin spoke with his Ukrainian counterpart on Thursday following Russia's invasion of Ukraine, according to a readout of the call.

Austin told Ukrainian Defense Minister Oleksii Reznikov that the US supports Ukraine’s sovereignty and territorial integrity, and would continue to provide defensive assistance to Kyiv in the face of Russia's "unfounded and unprovoked war."

Austin also held a series of conversations Thursday with US allies, including the United Kingdom, France, Germany, Italy, and the Bucharest Nine — a group of European nations including Romania and Poland that formed in 2015 following Russia's annexation of Crimea and intervention in eastern Ukraine.

He also spoke with the Turkish and Canadian defense ministers.

A CNN team in the Ukrainian capital reported hearing two large blasts in central Kyiv and a third loud explosion in the distance early on Friday.

A United Nations Security Council vote on a resolution condemning Russia is now officially listed on a UN schedule for Friday, but the proposal is expected to be vetoed by Moscow.

The meeting is scheduled for 3 p.m. ET though last minute haggling can’t be ruled out.

Russia is the president of the council for February. The presidency rotates between members every month. 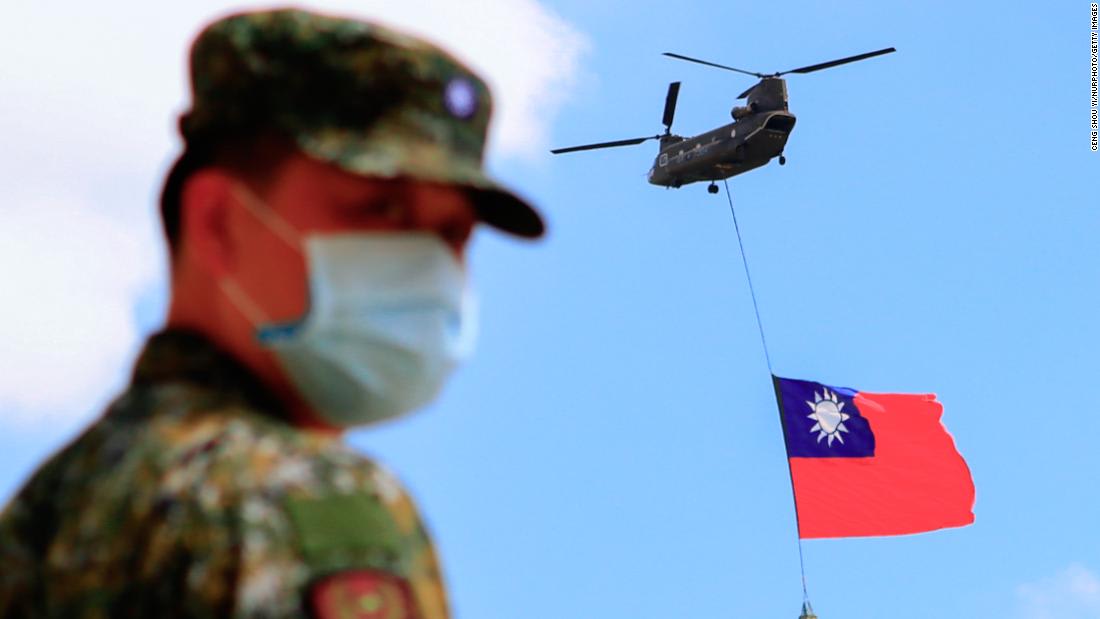