Heavy gunfire in a western district of the Ukrainian capital Kyiv on Saturday evening killed a six-year-old boy and injured several other people, according to a local hospital.

Here's how the two country's military capabilities stack up:

Defense spending: Ukraine spent $4.7 billion in 2021, just over a tenth of nuclear-armed Russia's $45.8 billion, according to a recent "The Military Balance" report by the International Institute for Strategic Studies (IISS).

Combat will: Ukrainian forces have, however, launched some successful counterattacks. Experts have noted that the sheer combat will among Ukrainian troops to defend their homes and families against Russian acts of violence has been the armed forces' greatest strength. 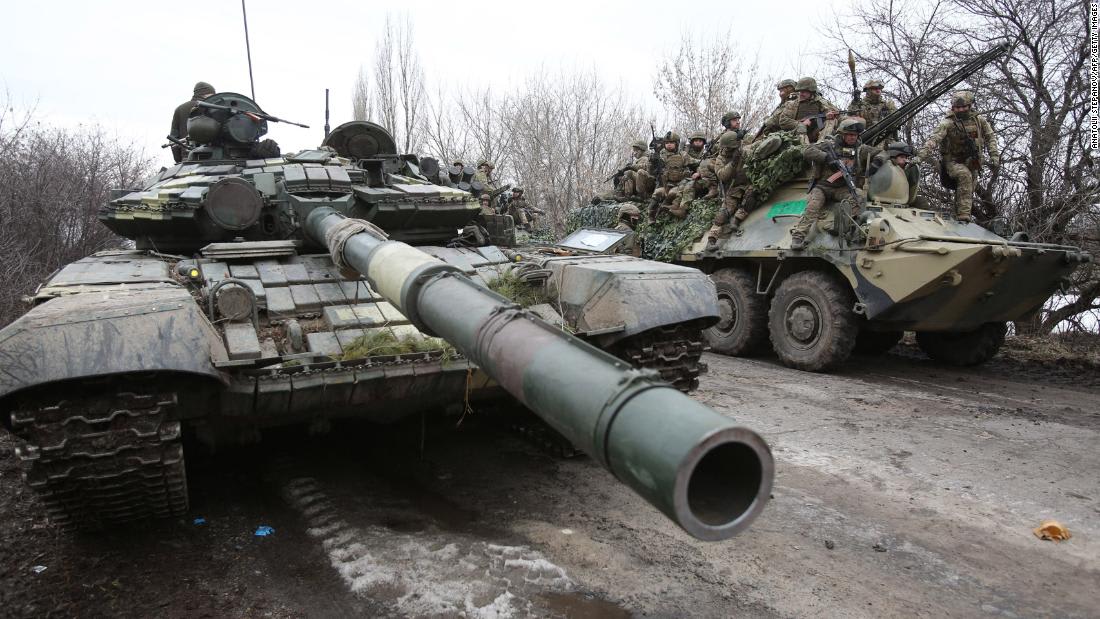 Ukraine and Russia's militaries are David and Goliath. Here's how they compare

Germany has ordered the ban of Russian aircraft from entering the country's airspace, according to German Minister of Transport Volker Wissing.

The restriction is being prepared at the moment, a ministry spokeswoman told CNN.

German airline Lufthansa will also avoid Russian airspace immediately due to the war in Ukraine, a Lufthansa spokeswoman said Saturday. The airline said it will no longer operate services to Russian destinations.

All flights to and from Russia have been suspended from Saturday for the next seven days. Flights that are in Russian airspace will leave it within a short time.

“The safety of our passengers and crew has utmost priority for us at any time,” Lufthansa said in a news statement sent to CNN.

Russian forces are facing stiff resistance in Ukraine and making slower progress than they planned, according to Britain's Ministry of Defense in a statement late on Saturday.

"Russian forces are not making the progress they had planned. They are suffering from logistical challenges and strong Ukrainian resistance," the United Kingdom MOD intelligence update said.

The MOD said Russian forces are "sustaining casualties and a number of Russian troops have been taken prisoner by Ukrainian forces."

"The Russian government has reportedly restricted access to a number of social media platforms in a probable attempt to conceal details regarding the situation in Ukraine from their own people," it added.

Ukraine’s highly-motivated, outgunned forces held their capital against the Russian onslaught for a third day Saturday, as battles continued across the country, while a defiant Ukrainian President Volodymyr Zelensky urged citizens to defend their country against the invading forces.

Russia’s invasion of Ukraine is encountering “stiffer than expected” resistance from the Ukrainian military as well as unexpected difficulties supplying its forces, two senior US officials with direct knowledge tell CNN.

On the battlefield: Russia is suffering heavier losses in personnel and armor and aircraft than expected. This is due in part to the fact that Ukrainian air defenses have performed better than pre-invasion US intelligence assessments had anticipated.

In the air: In addition, Russia has yet to establish air supremacy over Ukraine, a senior defense official said, as the Ukrainian Air Force and air defense systems fight for control of the airspace.

“Ukrainian air defenses, including aircraft, do continue to be operable and continue to engage and deny access to Russian aircraft in places over the country,” the official said.

Without uncontested control of the skies, it becomes more difficult for an army on the move to see and strike targets from the air.

Quick overthrow prevented: Together, these challenges have so far prevented the quick overthrow of major Ukrainian cities, including the capital, Kyiv, which US officials were concerned could play out in a matter of days. The city of Kharkiv near Ukraine’s border with Russia also has not fallen to invading forces, which officials worried could happen on the first night of an invasion.

Officials caution that this picture of the battlefield is just a moment in time, and the situation on the ground could change very quickly as Russian forces keep up their assault. 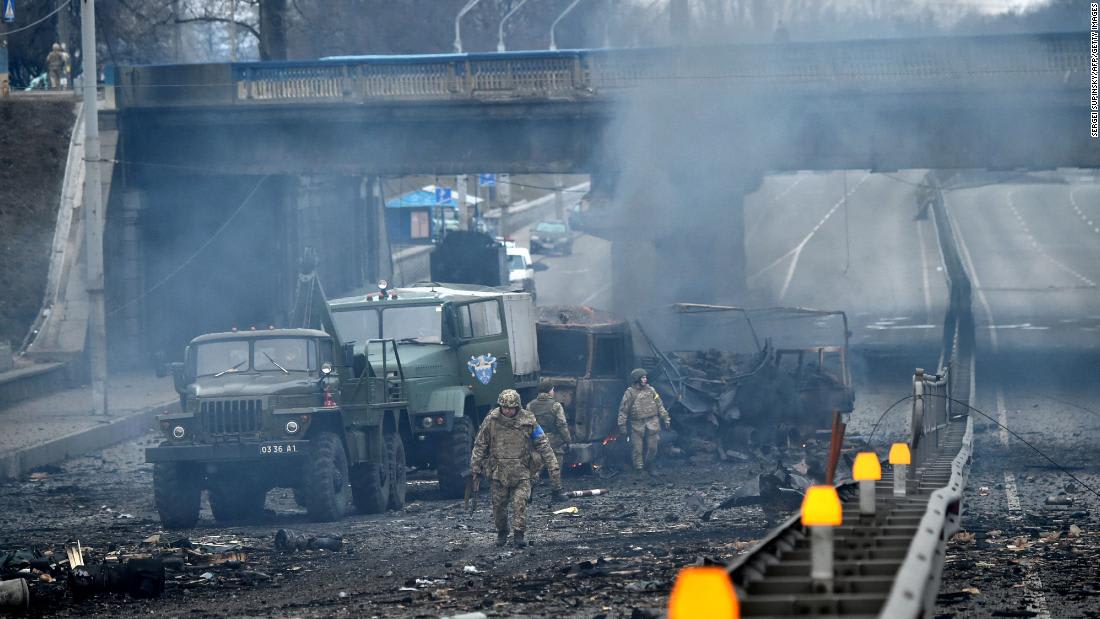 A fire at an oil storage area was seen raging at the Vasylkiv Air Base, which is southwest of Kyiv.

CNN has verified a video of the fire at the oil storage area southwest of the air base’s main runway.

Earlier, the two vast explosions were seen around Vasylkiv, some 30 kilometers, or about 18 miles, south of Kyiv.

The area was the scene of heavy fighting Friday night, according to Ukrainian officials.

After the explosions in Vasylkiv, the town's mayor, Natalia Balasynovych, recorded a Facebook message for residents:

"You can see what is going on, you can see the fire -- unfortunately, this is the petroleum storage depot in Kriachky village. The enemy wants to destroy everything around, but he will not be successful. You’ve seen that during the day there was heavy shelling from ballistic missiles. Our airfield was shelled as well, but we got it, it's under control of Ukraine."

"The night will be difficult here, as well as in Kyiv, but we will stand our ground and we will win, because God is with us," Balasynovych said.

The defenders of the small Ukrainian island of Zmiinyi in the Black Sea may still be alive, according to a statement released on Saturday by the State Border Guard Service of Ukraine (SBGSU).

"We [have a] strong belief that all Ukrainian defenders of Zmiinyi (Snake) Island may be alive,” the statement said.

Both President Zelensky and the SBGSU said Friday all the soldiers had been killed following the small island’s capture by Russian forces.

On Friday, Russian Major-General Igor Konashenkov said 82 Ukrainian servicemen “laid down their arms and voluntarily surrendered to a unit of the Russian Armed Forces.”

The SBGSU statement added, “Russian media reported that Ukrainian servicemen on the island had been sent to Sevastopol” in Crimea.

On Friday, audio emerged of an exchange between the Ukrainian fighters and an officer of the Russian navy. In the exchange, the Ukrainians were heard to say to “Russian warship – go f*** yourself.”