US and Ukraine at odds over threat of Russian invasion

The United States and its allies are racing to draw up contingency plans in case supplies of Russian gas crucial to powering businesses and heating homes in Europe are choked off by conflict in Ukraine.

Europe would struggle to survive for long without Russian gas, and finding alternative sources presents a huge logistical challenge -- a reality that's stoking concerns about the continent's access to energy during an already difficult winter.

"There's not really a quick and easy alternative," said Janis Kluge, an expert on Eastern Europe at the German Institute for International and Security Affairs.

Senior White House officials told reporters this week they are talking to countries and companies about ramping up output. They're also trying to identify alternative sources of natural gas that could be rerouted to Europe.

Yet executing such a large intervention in energy markets would be tricky. New pipelines and gas liquefaction facilities take years to build. And redirecting large volumes of the fossil fuel at a time when the global market and transport networks are already stretched would require cooperation from major gas exporters like Qatar, which may not have much wiggle room. 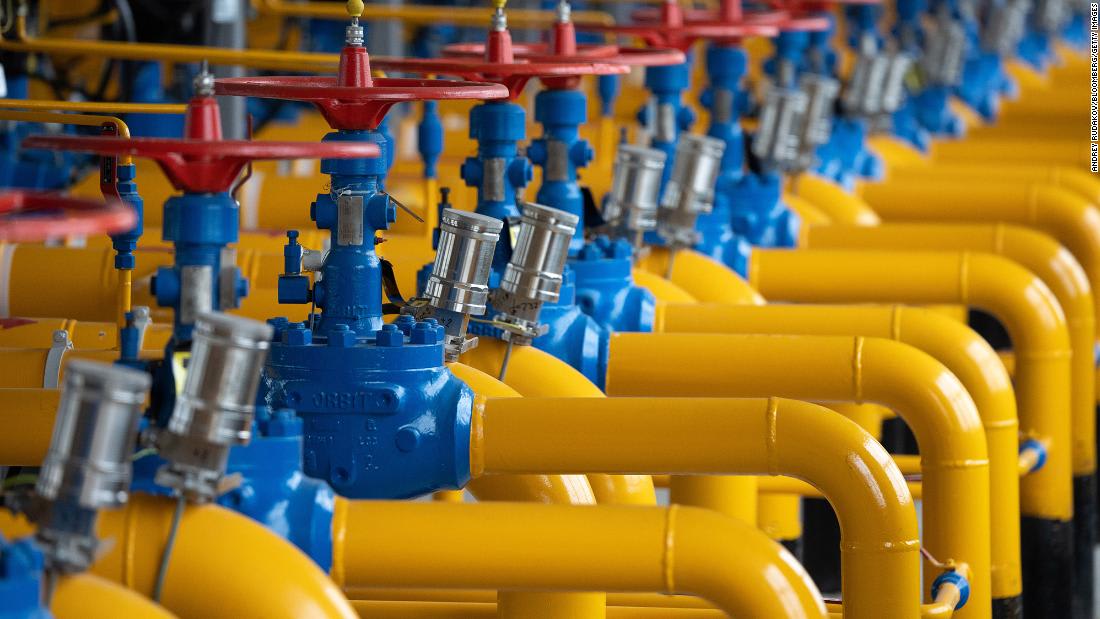 Analysis: Europe could live with less Russian gas. A complete shutdown would be 'catastrophic'

The Biden administration is taking the reins in the tense standoff between Russia and Ukraine, coordinating the response to Moscow’s threatening maneuvers in Eastern Europe alongside his European Union counterparts with all the urgency of a Cold War-era crisis.

In the latest sign of that urgency, US President Joe Biden held a “long and frank” phone call with Ukrainian President Volodymyr Zelensky on Thursday, trying to impress upon him the imminent possibility of a Russian invasion. The call came as the Pentagon warned that Russia had ramped up its military presence on the Ukrainian border rapidly in just 24 hours.

Biden told Zelensky that the US and its allies would “respond decisively if Russia further invades Ukraine,” according to a White House statement, though he did not make clear how. A senior Ukrainian official told CNN that, amid disagreements over the “risk levels” of an attack by Russia, which has amassed more than 100,000 troops along Ukraine’s border, the call “did not go well." The White House, however, has disputed that account.

Western officials are continuing to push for a diplomatic solution to the tensions, with Biden emerging as the leader in efforts to counter threats from Russian President Vladimir Putin to Ukraine and NATO.

On Wednesday, the US and NATO submitted separate written responses to Russia's publicly aired concerns, an overture that Moscow had requested. The Russians, who are demanding that the West promise Ukraine will never join NATO, delivered a muted reaction to the US responses on Thursday, saying there were "few reasons for optimism, but would refrain from conceptual assessments," casting a cloud over the future of negotiations.

The US is not only leaning on diplomatic efforts, having put 8,500 troops on notice for deployment to Eastern Europe, sending weapons to Ukraine, and threatening to halt the opening of Nord Stream 2, a key pipeline that would send Russian gas to Western Europe.

Here's what else you need to know today: