China has dismissed a Western intelligence report indicating that its officials asked Russia to wait until after the Beijing Winter Olympics had finished before invading Ukraine.

On Thursday, China's Foreign Ministry called the story "totally false" and an attempt to "divert attention and blame."

CNN has earlier reported that one source familiar with the intelligence said US officials broadly view the report as credible, but its particulars are open to interpretation.

The existence of the report was first published by the New York Times.

On Thursday, China's Foreign Ministry responded to the New York Times report, calling it "totally false and despicable to divert attention and blame," reiterating that the cause of the current conflict is the eastward expansion of NATO advocated by the US.

"We hope that those responsible for the crisis should reflect on their role in the Ukraine crisis, shoulder their due responsibilities and take concrete actions to ease the situation and solve the issue, instead of blaming others," said ministry spokesperson Wang Wenbin in a briefing Thursday. 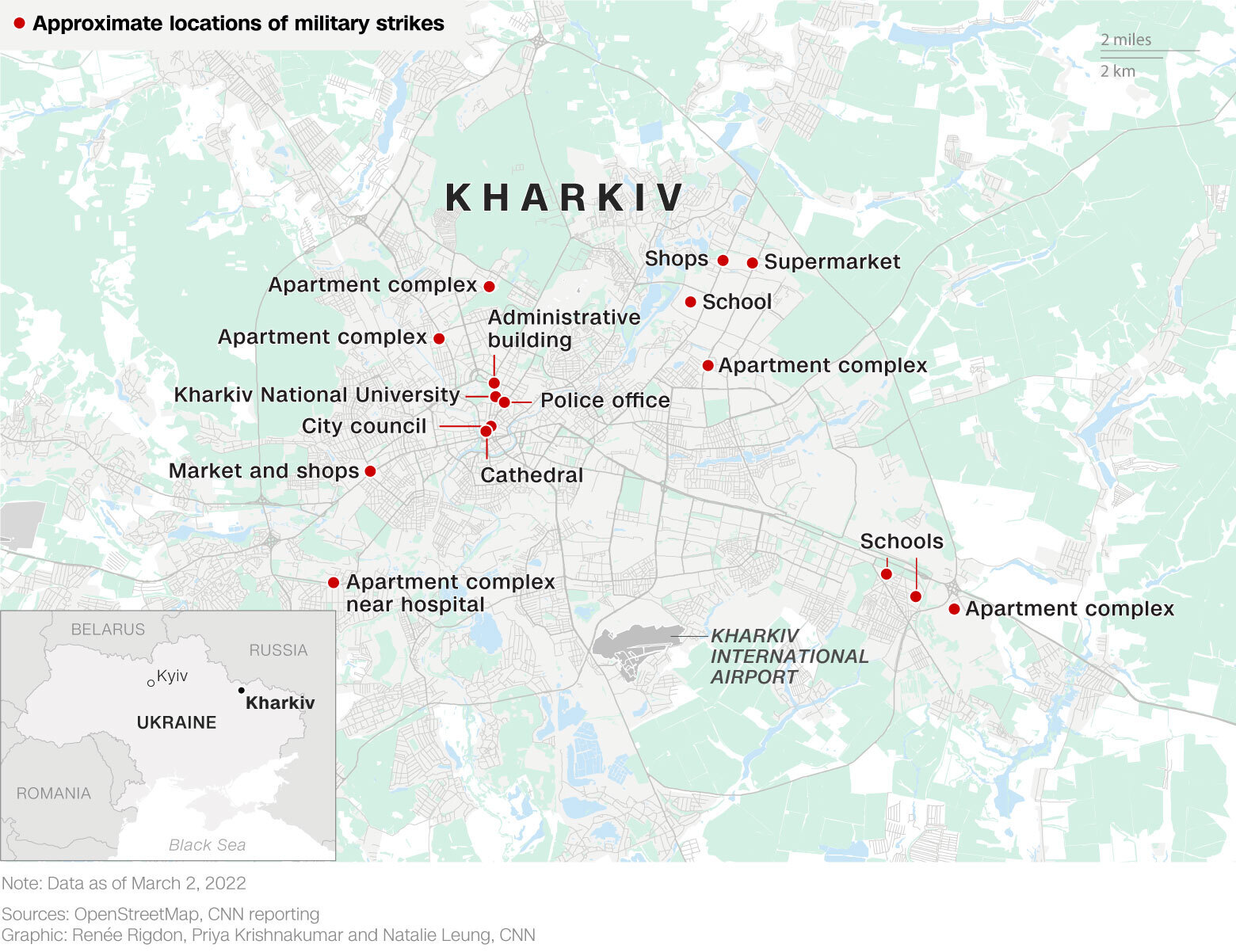 When the first tank battle broke out in front of Natali’s house in Kharkiv, she was horrified and scared.

The body of a Russian soldier, killed during the fight, was left lying at the crossroads nearby.

Now, she is just angry.

Natali, 49, lives in the Bolshaya Danilovka district of Kharkiv, Ukraine's second largest city, which has been under heavy attack from Russian forces.

“There was a battle near our house with tanks, grenades. Submachine gunners ran right into the pines in front of the house, which was shaking. Then the light was turned off,” she said.

Natali and her family had spent three days sitting in a bomb shelter in their friend’s house.

“We were getting through thanks to our sense of humor and by taking care of each other,” she said.

While they were sheltering, neighbors told them that something was burning near their home.

"We took the car and tried to go and see, but we couldn't get close to our house," she said. "We heard shooting, we saw destroyed wires and gas was leaking from the distribution network.”

On Tuesday, the family was finally able to go back home.

“Soldiers let us in for only 20 to 30 minutes. Part of our house does not longer exist - there is a hole through my favorite part, my cozy kitchen where I cooked for my friends,” she said.

The neighbor's house is completely gone. Kira, the family cat that had kittens last summer and loved roaming around the area, is dead.

Their home has been looted, like many in the neighborhood.

“We took a few things and food, scattered food around the house for the animals left behind and left. Now, there are no emotions left. Just silence in my head," she said. "We are staying with friends and I am just laying down, cuddling my pets.”

Still, Natali is determined things will change and Ukraine will win this conflict.

“We will restore everything when the invaders die and the war ends," she said.

"I have decided that I’m going to gather friends who would like to help me restore our piece of paradise in Ukraine. Everything will be good!"