An NFT of Ukraine's flag has raised over $6.7 million for the country's defenses as cryptocurrency donations continue to flood in following the Russian invasion.

Organized by UkraineDAO, an initiative backed by a member of the Russian activist group and feminist punk band Pussy Riot, the sale saw thousands of users bid for a share of the digital image.

NFTs, or non-fungible tokens, allow buyers to prove ownership of a virtual asset -- in this case, a digital version of Ukraine's blue and yellow flag. Although the NFT was produced as a single edition on the Ethereum blockchain, bidders were able to take shared ownership of the item, with contributions ranging from 0.00001 ether (under $0.03) to 44 ether ($128,000), according to a listing on NFT sale platform PartyBid.

The sale attracted more than 3,200 individual contributions in 72 hours, amounting to just over 2,258 ether (equivalent to about $6.7 million at the time the auction concluded on Wednesday). Organizers said all the funds would go towards "Come Back Alive," a campaign supporting Ukraine's military. 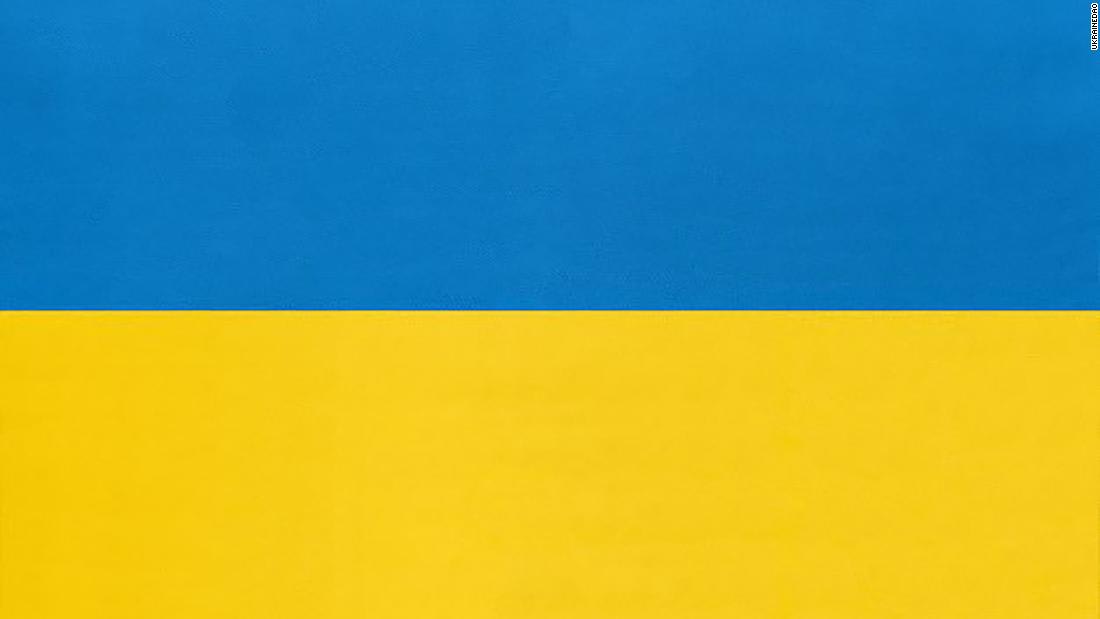 An oil depot in the city of Chernihiv, northern Ukraine was hit by shelling during an airstrike on Thursday morning, according to the State Service of Ukraine for Emergencies.

Photos from Chernihiv show clouds of thick black smoke from what appear to be oil tanks, with firefighters and emergency workers on the scene.

“Pakistan remains deeply concerned at the recent turn of events,” which “reflects a failure of diplomacy," Ambassador Munir Akram said in a statement.

Pakistan has “repeatedly stressed the need for de-escalation, renewed negotiations, sustained dialogue, and continuous diplomacy,” and that “all efforts must be made to avoid further escalation of violence and loss of life as well as military, political and economic tensions which can pose an unprecedented threat to international peace and security and global economic stability," he added.

Some context: Earlier this week, the heads of various foreign missions in Pakistan — including the EU, the US, the UK, Norway and Japan — issued a joint letter urging Islamabad to condemn Russia's invasion in the special session of the UN General Assembly.

On Wednesday, the General Assembly voted overwhelmingly to condemn Russia’s invasion of Ukraine, with 141 nations voting in favor, five nations against and 35 countries abstaining, including Pakistan, India and China.

Investment service provider MSCI is booting Russia from its emerging markets indices and is now calling the country a "standalone" market.

The firm said Wednesday that Russian stocks were "uninvestable," based on feedback from "an overwhelming majority" of investors and asset managers following Russia's invasion of Ukraine.

Starting next Wednesday, all Russian indices will be reclassified, MSCI added.

The move speaks to how isolated Moscow is becoming as it continues to grapple with new waves of punishing sanctions.

The view is gaining traction. On Wednesday, FTSE Russell, another index provider under the London Stock Exchange, also said it would cut Russia from all its widely tracked stock indices from next week.

As more than a million people fled Ukraine this week, some Ukrainian volunteers were traveling in the opposite direction — returning to the country to join the ranks of those defending it.

One volunteer, Valery, left his home in France last week, determined to see his aging parents in Kyiv before war broke out. The next morning, he awoke to air raid sirens marking the beginning of Russia's invasion.

Within a day of Russia's initial attack, he had joined the Ukrainian armed forces. CNN is identifying him only by his first name for his safety.

"What can I do when Russian aircraft are throwing bombs on the capital city? I just couldn't stay inside, indoors, in four walls doing nothing. So I came, and I joined," he told CNN on Wednesday.

Like tens of thousands of volunteers, he received weapons from the government as he joined the defense effort.

"First when I joined, first when I received the weapon, I felt this sense of nausea," he said.  "If you go outside and see the eyes of the people who are queueing up to get guns as well, there's a lot of hope, and there is a lot of determination to defeat the enemy."

At a Ukrainian cathedral in Paris, the parish has been gathering donations and compiling a database of hosts for Ukrainian refugees. One man, Andre, told CNN he was collecting funds to buy body armor for his two best friends before they head to join the fight in Ukraine.

"It's a moment of great unison of all Ukrainians, of all our diaspora around the world," he said.