More than 360 civilians have been killed in Ukraine since Russia’s invasion began last month, the Office of the UN High Commissioner for Human Rights (OHCHR) said in a statement Sunday.

So far, 1,123 civilians have been wounded, including 364 killed and 759 injured, OHCHR said, while acknowledging that the real figures are likely “considerably higher.”

The data was collected between 4 a.m. Ukraine time on Feb. 24, when the Russian Federation’s armed attack against Ukraine started, to midnight local time on March 5, the statement said.

503 of the casualties were in the Donetsk and Luhansk regions, and 374 casualties in government-controlled territory, according to OHCHR.

Most of the civilian casualties recorded were caused by the use of “explosive weapons with a wide impact area,” the statement said, including shelling from heavy artillery and multi-launch rocket systems, and missile and air strikes.

The OHCHR added it believes the “real figures are considerably higher” especially in government-controlled territory in recent days from where data regarding casualties has been delayed.

After hearing from Ukrainian President Zelensky in a virtual meeting with American lawmakers on Saturday, Sen. Joe Manchin reiterated his support for cutting off the Russian oil sector from the US and said he wouldn't take the option of a no-fly zone over Ukraine "off the table."

Manchin called the Zoom meeting with Zelensky "surreal," saying on NBC's "Meet the Press," "all [Zelensky] asked for basically, just help me. I'll fight my own flight, just give me the tools to do it, and for us to hesitate, for anyone to hesitate in the free world is wrong."

Pressed specifically on Zelensky's request for a no-fly zone, something top US and NATO officials have pushed back on, Manchin said, "I would take nothing off the table, but I would let it be very clear that we're going to support the Ukrainian people."

Manchin emphasized that the Ukrainian president also asked for Western nations to help get more planes to his country to fight Russia.

The West Virginia Democrat again expressed his support for banning Russian oil imports, saying his constituents think "it's basically foolish for us to keep buying products and giving profit, giving money, to Putin to be able to use against Ukrainian people."

Some more context: Manchin and Sen. Lisa Murkowski introduced a bipartisan bill on Thursday to cut off Russian oil and increase US domestic production to make up for it.

Addressing the potential economic impact of this move, Manchin said gas prices are already high and "it wasn't because of this."

"Inflation has already wreaked havoc on it now, and basically we're gonna say we're gonna sit back now because we're afraid it might go up a little bit more, it might go up anyway. We have done nothing. I'm willing to least do something," he said, adding that he thinks the US can both ramp up domestic energy production and transition to cleaner fuel technology at the same time.

Asked about the effect of the war in Europe on how his party approaches its climate agenda, part of President Biden's social spending plan that Manchin effectively stalled last year, he answered, "I think it makes us more realistic. This is this is the real world. We keep talking these aspirational things we want to do, whether it's the far left or right whatever it may be, forget about the aspiration."

"Our energy that we produce in America is better and cleaner than anyplace else in the world, so anything that we backfill is going to be better than what they produce," he said. 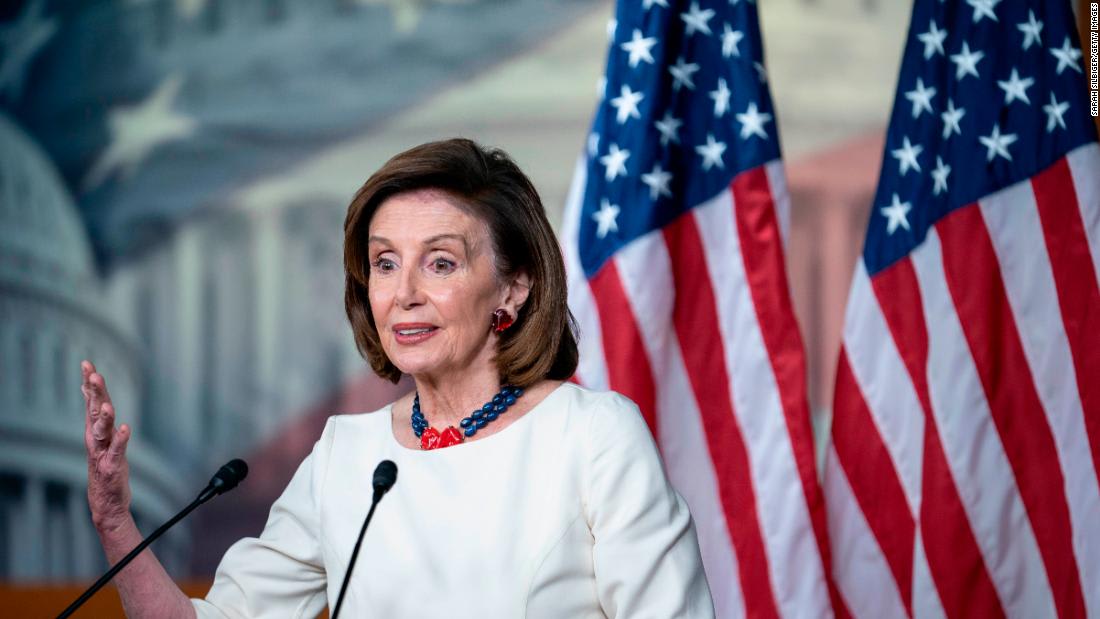 Russian President Vladimir Putin has put himself “in a conflict he can’t win” and that puts Putin in a “very dangerous place," US Senator Marco Rubio said Sunday.

Rubio, a Republican from Florida, told CNN's Jake Tapper on "State of the Union" that Putin has "engaged himself in a conflict that he can’t win."

“He’s either going to have a costly military victory, followed by a costly occupation that he can’t afford, or he’s going to get caught in a long-term military quagmire. At the same time, as he’s facing a second front, which is an economy in freefall in his own country. So the combination of these two things, I think, puts us in a very dangerous place and that is, he’s going to have to do something -- some escalation, some amplification of this crisis -- in order to restore strategic balance in his view with the West, and I’m worried about what those things could be,” Rubio said.

Rubio also called on the administration of US President Joe Biden to ban all Russian oil in the United States, a move that has bipartisan support.

"The fact that people believe that not buying Russia oil … would raise our gas prices is actually very concerning because that proves that Putin has the leverage and the power over America to raise our gas prices anytime he wants. So we shouldn’t allow that to continue. We should not allow Vladimir Putin to have the power at any moment to raise gas prices on Americans by cutting us off at some point now or in the future,” Rubio said.

"It makes no sense whatsoever to continue to buy oil from Russia that they use to fund this war and this murderous campaign that they're undertaking," he said.

US Secretary of State Anthony Blinken said Sunday the US has seen "very credible reports of deliberate attacks on civilians" in Ukraine that would be considered a war crime.

“Jake, we've seen very credible reports of deliberate attacks on civilians which would constitute a war crime. We've seen very credible reports about the use of certain weapons,” Blinken told CNN’s Jake Tapper on “State of the Union.” “And what we're doing right now is documenting all of this, putting it all together, looking at it and making sure that, as people and the appropriate organizations and institutions investigate whether war crimes have been or are being committed, that we can support whatever -- whatever they're doing. So, right now we're looking at these reports. They're very credible and we're documenting everything.”

Russia has damaged the Donetsk-Mariupol pipeline, leaving over 700,000 people without heat while temperatures are below 0 degrees Celsius, Inna Sovsun, a member of the Ukrainian Parliament, posted on Twitter Sunday.

"Donetsk-Mariupol gas pipeline was damaged by #Russian occupants. Now, more than 750,000 of people are left wthout any heat, while it's still often below 0°C outside.
"Almost 1 mln of locals will face a humanitarian disaster and risk to freeze till death.
"We need #NoFlyZone now."

US Ambassador to the United Nations Linda Thomas-Greenfield on Sunday identified three areas where the US could take additional steps to ramp up pressure on Russia as its war in Ukraine rages on: a ban on Russian oil imports, a declaration of war crimes, and help facilitating delivery of Polish fighter jets to Ukraine.

In separate answers in an interview on ABC News, Thomas-Greenfield mentioned those areas where the US was reviewing options and coordinating with allies.

She said President Biden was "in discussion with NATO allies" about a potential ban on Russian oil imports. "The President is working with his advisers, security advisers, as well as his energy advisers, on how to address these issues," she said, adding the White House is mindful of how such a ban might affect gas prices.

She said the US has been "in close consultations with the Polish government, as well as with our other NATO allies," on the notion of facilitating a transfer of Soviet-era fighter jets from Poland to Ukraine.

"We have not in any way opposed the Polish government providing these jets to Ukraine and we’re working, as you noted, to see how we can backfill for them," she said, a reference to a plan being formulated to send F-16s to Poland.

And she said the US was "working with our partners to collect and provide information" on potential war crimes.

"Any attack on civilians is a war crime," she said. Earlier this week, Biden stopped short of calling Russia's actions in Ukraine a war crime.

Pavlo Kyrylenko, head of the Donetsk Region administration, said on Facebook Sunday that the convoy to evacuate locals residents from Mariupol was unable to leave the city.

"The evacuation convoy with local residents was never able to leave Mariupol today: the Russians began to regroup their forces and heavy shelling of the city. It is extremely dangerous to evacuate people in such conditions," Kyrylenko said.

"The convoy with humanitarian aid, which left Zaporizhzhya towards Mariupol today, has not yet reached its destination and is currently on its way," Kyrrylenko added.

US Secretary of State Antony Blinken said Sunday that the US is working with its allies in Europe to look into the possibility of banning Russian oil imports in an effort to further punish the country for its unprovoked invasion of Ukraine.

“When it comes to oil, Russian oil, I was on the phone yesterday with the President and other members of the Cabinet on exactly the subject, and we are now talking to our European partners and allies to look in a coordinated way at the prospect of banning the import of Russian oil while making sure that there is still an appropriate supply of oil in world markets,” he told CNN’s Jake Tapper on “State of the Union.”

“That's a very active discussion as we speak,” Blinken added.

The US has already announced a slew of sanctions against Russia and President Vladimir Putin since the country's unprovoked invasion of Ukraine last month. But the unprecedented step of sanctioning its oil exports would likely send prices skyrocketing, dealing a painful blow to consumers around the world as Russia is the world's No. 2 oil producer.

Though the US consumes very little Russian oil -- oil imports from Russia stood at just 90,000 barrels per day in December -- the interconnected global market means supply shocks in one part of the world can impact prices everywhere. 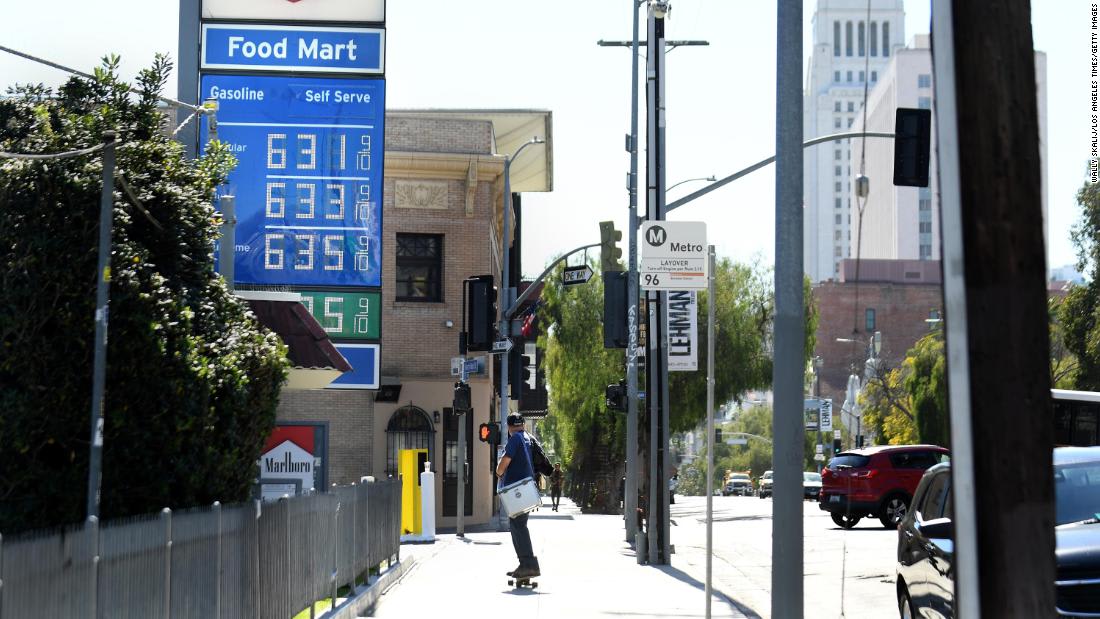 The ICRC tweeted a series of statements on Sunday that evacuation attempts in Mariupol, Ukraine, have failed.

The ICRC wrote the following about evacuation efforts in Twitter posts:

“We are not and cannot be the guarantor of a ceasefire agreement between the parties or of its implementation. As a neutral and impartial humanitarian intermediary, we've been facilitating dialogue between the parties on the safe passage of civilians. Civilians need safety.
Parties need to agree not just in principle but also on the details of safe passages. In particular: *Specific time, locations and evacuation routes *Who may be voluntarily evacuated *Whether aid can be brought in, not just the evacuation of civilians out.
Today, our team began opening up the evacuation route from Mariupol before hostilities resumed. We remain in Mariupol and are ready to help facilitate further attempts – if the parties reach an agreement, which is for them alone to implement and respect.
People in Mariupol and in other places across #Ukraine are living in desperate situations. They must be protected at all times. They are not a target. People urgently need water, food, shelter. The basics of life. We need safety guarantees to be able to bring them aid.”