US President Joe Biden reacted to news Thursday that consumer prices have soared over 7.9% over the last 12 months, suggesting the new consumer price index report reflected the pinch Americans are feeling due to the Russian invasion of Ukraine.

Biden cast blame on Russian President Vladimir Putin and his country's invasion for the rising prices, but said the costs the US has imposed on Russia in response are “far more devastating” than the costs Americans are facing at home.

“Today’s inflation report is a reminder that Americans' budgets are being stretched by price increases and families are starting to feel the impacts of Putin’s price hike. A large contributor to inflation this month was an increase in gas and energy prices as markets reacted to Putin’s aggressive actions,” Biden said in a statement.

He continued: “As I have said from the start, there will be costs at home as we impose crippling sanctions in response to Putin’s unprovoked war, but Americans can know this: the costs we are imposing on Putin and his cronies are far more devastating than the costs we are facing.”

He pointed to efforts to bring prices down, including a release from the strategic petroleum reserve, and other actions the administration is taking to strengthen supply chains and promote competition.

What Putin is saying: The Russian president has claimed Western nations that have taken “unfriendly steps” toward Moscow are trying to blame Russia for their own mistakes and are deceiving their own populations. Sanctions that have been imposed against Russia are illegitimate and would have happened regardless, he said.

“They point to the sanctions that they impose against us as the reason for the deterioration of their situation. It is very strange, despite the fact that we fulfill all our obligations,” Putin told a meeting of his government ministers in Moscow.

Russia is fulfilling its obligations on energy exports, he said, and blamed inflation on bans on Russian oil.

"Their prices are rising, but it is not our fault. This is the result of their miscalculations. Nothing to blame on us. They are trying at all costs to reach an agreement with countries against which they themselves have imposed illegitimate restrictions. The same will happen in relations with our country, I have no doubt about that,” he said.

Putin added that with Russia and its partners, “those who do not recognize these illegal actions,” together will “certainly find solutions to all the problems that they are trying to create for us."

Putin acknowledged that sanctions will bite, but Russia has weathered such problems in the past. "The markets will gradually re-direct themselves and will understand that there are no such problems that we could not solve."

He also warned that food prices will rise if international economic pressure on Russia continues because it is a major global supplier of fertilizer.

International Monetary Fund Managing Director Kristalina Georgieva said the war in Ukraine comes “at a delicate time for Africa,” which is particularly vulnerable to economic aftershocks.

Georgieva urged the international community and African policymakers to come together to address policy responses.

“Redoubling efforts to advance reforms that further promote resilience is a priority for many countries. At this difficult moment, the Fund stands ready to help African countries address the repercussions of the war, and to help design and implement reforms through our policy advice, capacity development, and lending. Recent reforms to the Fund’s lending toolkit provide greater flexibility to help meet financing needs,” she said.

More background: Russia and Ukraine are key players in the global agricultural trade, with both nations accounting for a quarter of the world's wheat exports, including at least 14% of corn exports in 2020, and a joint 58% of global sunflower oil exports in the same year, analyses show.

Trade between African countries and the former Soviet neighbors, especially Russia, has flourished in recent years with Russian exports to the continent valued at $14 billion annually, and imports from Africa pegged at around $5 billion per year.

But parts of Africa could be plunged into hunger in as fast as three months if Russia's invasion of Ukraine lingers, said Wandile Sihlobo, the chief economist of the Agricultural Business Chamber of South Africa.

Read more on the situation here: 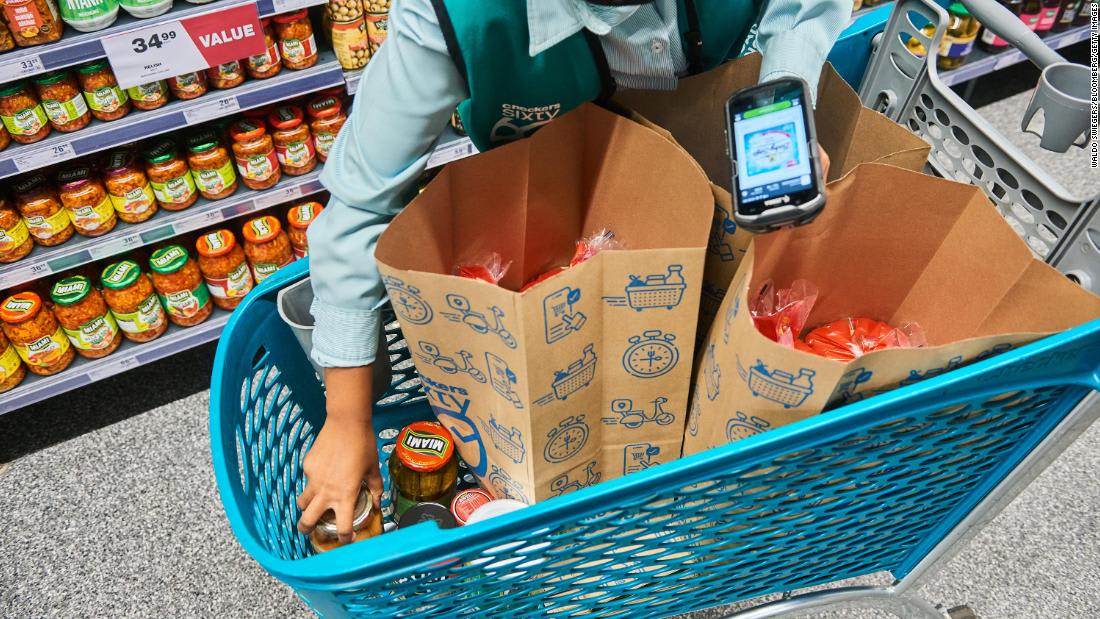 Higher food prices and slumping trade. How the war in Ukraine could hit Africa

A total of 343,515 Ukrainian citizens have entered Romania since the onset of the Russian invasion through Wednesday, of which 258,844 have since proceeded onward to other countries, according to Romanian officials. More than 84,000 Ukrainians currently remain in Romania.

Many of the Ukrainian refugees who remain are in the capital of Bucharest, which has shelters open for others arriving. The city is planning to open its largest indoor public space, Romexpo, to accommodate the influx, the government announced. It can hold up to 2,000 refugees.

At the main Bucharest train station, throngs of refugees have been arriving daily. Ukrainians are now getting specific colored cards to direct them either to airports or other borders or elsewhere, to make the process quicker and more streamlined.

Romanian Border Police have released the latest daily tally on those entering Romania, saying that 69,662 people entered through multiple border points on March 9, of which 23,546 were Ukrainian citizens, which was a decrease of the previous day's numbers.

Ukraine said that 44 evacuation buses carrying about 2,000 people have left the eastern city of Izium on Thursday.

The evacuees will go to the central city of Dnipro, according to presidential adviser Kirill Timoshenko.

Timoshenko said that humanitarian aid was delivered for those still in Izium, which has suffered extensive damage.

The city's hospital was damaged by shelling on Tuesday and much of the city is without power and water.

Lukashenko and Putin will discuss topical issues of bilateral relations, the development of cooperation of the Union State of Russia and Belarus, economic cooperation under sanctions pressure, as well as the situation in the region and Ukraine, according to Belta.

Truss said it would be a “grave mistake on the part of Russia, adding to the grave mistakes that have already been made by Putin.”

Her comments come after the White House warned Wednesday that Russia could use chemical weapons in Ukraine or manufacture a "false flag" operation that uses them.

“We’ve seen Russia use these weapons before in fields of conflict,” Truss continued, echoing White House press secretary Jen Psaki Wednesday, who noted Russia’s “track record” and slammed false claims from Russia that the US is developing chemical weapons in Ukraine.

Meanwhile, the UK “absolutely believe[s] there are war crimes being committed” by Russia in Ukraine, Truss said shortly after US Vice President Kamala Harris stopped short of calling the actions “war crimes” during a press conference in Poland Thursday.

Asked if it would be helpful if the US went further with their language, Truss replied, “we are working with our allies, including the United States, on this issue.”

US Vice President Kamala Harris visited with a group of Ukrainian refugees during her trip to Warsaw, Poland, for a discussion about their experiences, saying Thursday that their conversation would help inform how the US can best support those leaving Ukraine.

“The conversation we will have this afternoon will help inform me, the President of the United States and the American people about what you have experienced so that we can best support you and your families,” Harris said.

She continued, “You’ve been through so much. And the people at this table represent over a million people who must be seen, their story must be known, so that we as a community of people around the world can support you.”

Harris met with seven people who have fled Russian aggression from Ukraine, including a Ukrainian advocate for persons with disabilities, a Moroccan university student, a professional film producer from Odessa, a Senegalese community leader and teacher, a LGBTQIA+ rights activist from Kyiv, and a Ukrainian energy expert and her young adult daughter, according to a White House official.

She thanked the group for "your willingness, your courage and your time.”

“We are here to support you, and you are not alone … We around the world are watching,” she said.

The United Nations estimates that at least two million people have fled Ukraine since the beginning of the Russian invasion on Feb. 24.

The White House is calling the group "displaced persons” instead of “refugees” because some may still desire to return to Ukraine.

Democratic and Republican aides are skeptical the Senate can quickly move this week on the House-passed bill that banned oil, gas and coal imports from Russia.

They say the bill will likely need to undergo some changes before it can pass the Senate and the bill is on the backburner to the must-pass government funding bill.

While most lawmakers agree that Congress should take further action to ban energy imports from Russia as it wages war against Ukraine, the nuances of how to structure such a proposal and differences among members about how much to stymie Russian involvement in the World Trade Organization is likely to bog down any fast-track. Members of the Finance Committee, including Chair Ron Wyden, have made clear they want to see the House version strengthened back to the original version that was agreed to with Republicans.

Amending the House bill back to its previous form is likely take time and could come with additional pushback from the White House that would need to be overcome.

It’s always possible Senate Majority Leader Chuck Schumer could ask for unanimous consent to fast track this, but sources say there would likely be objections from both Republicans and Democrats on the current version of the bill.

The Bank for International Settlements — which effectively serves as the central bank of central banks — has suspended Russia’s central bank following the invasion of Ukraine.

The suspension comes after Western powers, led by the United States and European Union, imposed punishing sanctions on Russia and its central bank.

Founded in 1930, the BIS is owned by 63 central banks, including the US Federal Reserve and the European Central Bank. The BIS says on its website its mission is to support central bank monetary policy and financial stability through international cooperation and to “act as a bank for central banks.”