In a video message posted to Facebook late Thursday, Zelensky said no chemical weapon or weapons of mass destruction were developed in Ukraine, and Moscow's accusations that Kyiv was developing biological weapons and preparing a chemical attack made him "really worried."

"We’ve been repeatedly convinced: If you want to know Russia's plans, look at what Russia accuses others of," he said.
“We are accused of attacks on allegedly peaceful Russia. And now what? ... What else have you prepared for us? Where will you strike with chemical weapons?” Zelensky asked, addressing Russia.

Some context: The United Nations Security Council will hold a meeting Friday at the request of Russia about its false claim the US is developing chemical weapons in Ukraine. The US' UN Mission spokeswoman Olivia Dalton said the move was "exactly the kind of false flag effort we have warned Russia might initiate to justify a biological or chemical weapons attack."

Owners of some Russian-themed establishments in the United States believe they are being targeted as a result of Russia’s invasion of Ukraine.

The businesses said they have received threatening phone calls — and at least one has been vandalized.

Here's what's happening around the country:

Washington, DC: Police are investigating whether hate or bias was behind vandalism at Russia House Restaurant and Lounge in DC, DC Metropolitan Police said.

According to an incident report, the owner of Russia House told police that parts of the restaurant, including five windows and a door, were vandalized between Feb. 25 and Feb. 27. The report noted that “bias-related signs were affixed to the property.”

CNN has reached out to Russia House Restaurant and Lounge but has not received a response. The restaurant is temporarily closed, according to its Facebook page.

New York: The owners of the Russian Samovar restaurant in midtown Manhattan said they received harassing phone calls and that people have kicked down their sign since Russia invaded Ukraine.

Vlada Von Shats — who is from Russia, while her husband is from Ukraine — said she received a phone call telling her to die, and another calling “us Nazis and Fascists.”

"Calling us Nazis when we are from Jewish descent is just ridiculous," she said. "We stand against this war and we are not for (Russian President Vladimir) Putin."

She said she had not reported any of the incidents to the police.

One caller said they would blow up the restaurant “as payback for what Russia is doing to Ukraine,” owner Ike Gazaryan told KFMB. Another caller said "you killed my uncle and my whole family, you disgusting Russians," KFMB reported.

Gazaryan is from Armenia, and most of his staff are from Ukraine. Despite the threats, the owner has no intentions of changing the name of his business.

"This is the restaurant that has been here and the Russians in the United States do support Ukraine and support the people," Gazaryan said in an interview with KFMB.

CNN reached out to Pushkin Russian Restaurant but has not received a response. The San Diego Police told CNN they are not actively involved in any investigation at this address.

"We’re committed to providing context and transparency around the content you see on Twitter. Today we’re adding labels on state media accounts in Belarus to better surface credible information surrounding the war in Ukraine," the company said in a tweet.

Yoel Roth, Twitter's head of site integrity, said the move comes "after detailed reporting" about the role of Belarusian state-affiliated media outlets in the war in Ukraine.

"Early data suggests that our interventions here are working: We've seen a 30% drop in impressions on Tweets labeled under this expanded policy," Roth said.

China has joined Russian propaganda efforts in promoting a conspiracy theory that the United States has funded the development of biological weapons in Ukraine.

Zhao was referring to a report Monday by China's state broadcaster CCTV, which cited allegations by a Russian Defense Ministry spokesman that Washington had funded the development of biological weapons in Ukrainian labs.

"The Russian military operation that uncovered secrets about US laboratories in Ukraine is not something to be brushed off by saying it’s so-called propaganda and so-called ridiculous," Zhao said Thursday.

Some background: A CNN analysis on Thursday found state-run news outlets in China — which dominate the country's highly censored media space — have largely echoed Russian state media or information from Russian officials about the invasion of Ukraine.

In a series of tweets this week, Psaki slammed the biological weapons claims, noting the US had also seen Chinese officials "echo these conspiracy theories."

"Now that Russia has made these false claims, and China has seemingly endorsed this propaganda, we should all be on the lookout for Russia to possibly use chemical or biological weapons in Ukraine, or to create a false flag operation using them. It’s a clear pattern,” she said.

Ukraine labs: Following the breakup of the Soviet Union, US-funded biolabs were established in Ukraine — partly to secure old weapons left behind in the former Soviet republics. The State Department has described the claims as nonsense — and the US and Ukrainian governments have repeatedly, and for years now, tried to bat down conspiracy theories about the labs and spoken about the work that is actually being done in them

Russia's claims discussed at the UN: The United Nations Security Council will hold a meeting Friday at the request of Russia about the allegation the US is developing chemical weapons in Ukraine. The US' UN Mission spokeswoman Olivia Dalton said the move was "exactly the kind of false flag effort we have warned Russia might initiate to justify a biological or chemical weapons attack." 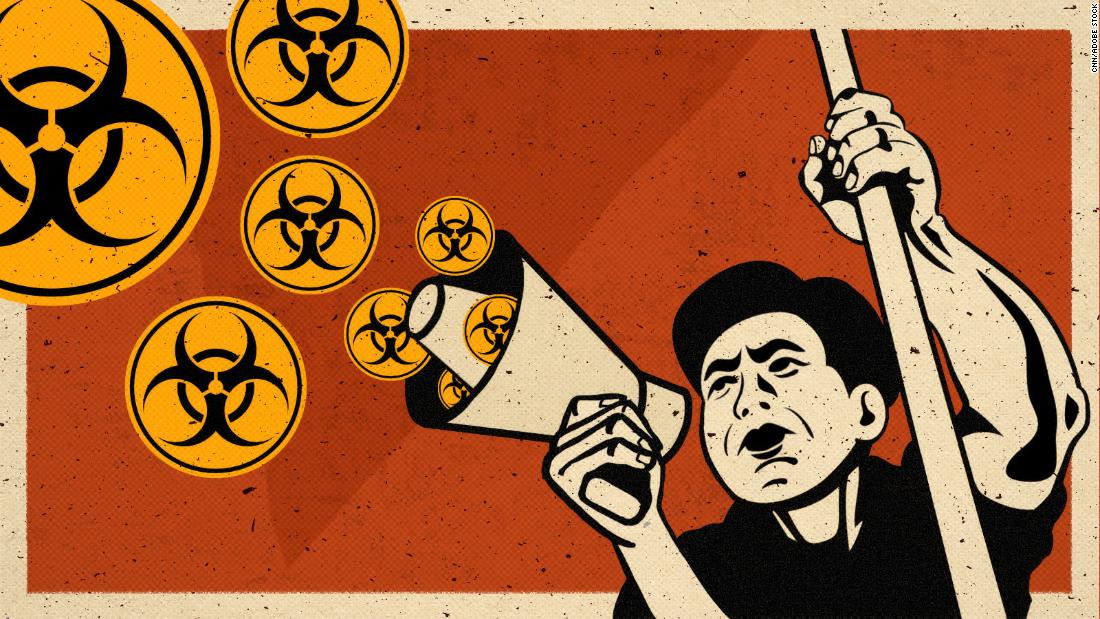 Analysis: Russia and QAnon have the same false conspiracy theory about Ukraine

Russian Maj. Gen. Andrei Sukhovetsky was killed while fighting in Ukraine, according to a statement from the Novorossiysk city government in Russia on March 3.

In the statement, the government said Sukhovetsky — the deputy commander of the 41st Combined Arms Army of the Russian Ground Forces — died on Feb. 28 "while performing a combat mission during a special operation in Ukraine."

Sukhovetsky had previously served in the Russian military during operations in the North Caucasus region and Syria, the statement said.

The US Senate has voted on a bipartisan basis to pass the massive $1.5 trillion government funding bill that includes $13.6 billion in aid to Ukraine.

The bill, which the House passed Wednesday evening, can now be sent to President Joe Biden for his signature.

What the Ukraine aid includes: Of the $13.6 billion in aid to Ukraine, money is set aside for humanitarian, defense, and economic assistance. The bill also includes provisions for sanctions enforcement.

The emergency aid package sets aside $4 billion to help refugees who have fled or were displaced within the country and it increases the President's authority for defense equipment transfer to Ukraine and other allied nations to $3 billion, according to a fact sheet from the House Appropriations Committee.

President Joe Biden will announce Friday that the US, along with the G7 and European Union, will call for revoking "Most Favored Nation" status for Russia, referred to as permanent normal trade relations in the US, sources familiar with the move tell CNN.

Each country is expected to implement this measure based on its own national processes. The sources made note of congressional efforts to revoke Russia's permanent normal trade relations.

The move would require an act of Congress. 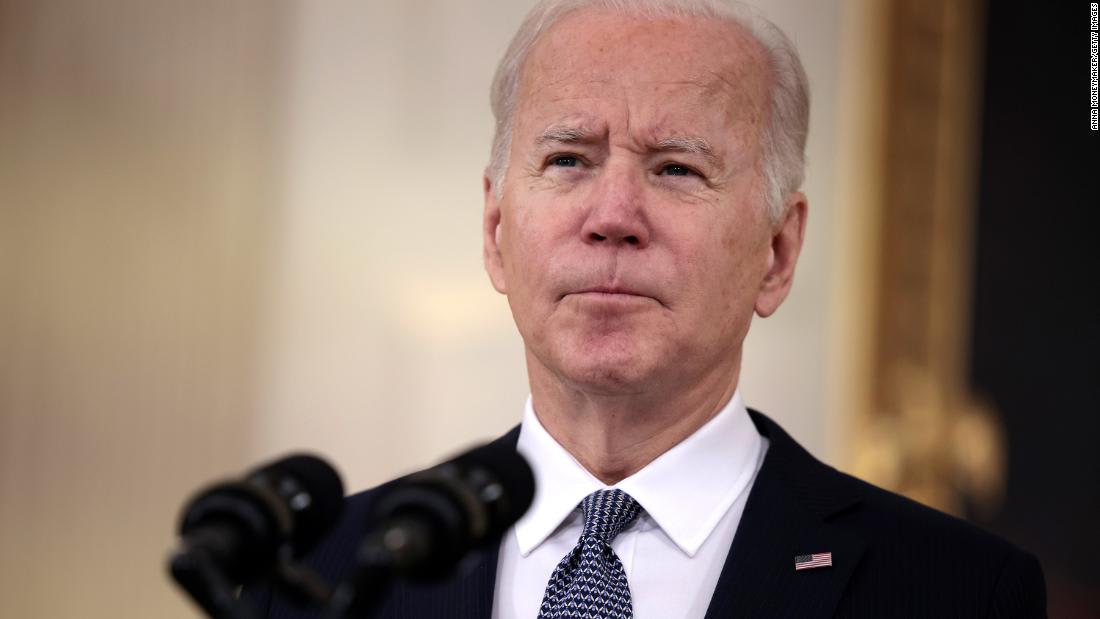 The United Nations Security Council will hold a meeting Friday at the request of Russia about an allegation the United States is developing chemical weapons in Ukraine.

The US' UN Mission spokeswoman Olivia Dalton said the move was "exactly the kind of false flag effort we have warned Russia might initiate to justify a biological or chemical weapons attack."

"Russia has a well-documented history of using chemical weapons and has long maintained a biological weapons program in violation of international law. Russia also has a track record of falsely accusing the West of the very violations that Russia itself is perpetrating," Dalton said.

"We’re not going to let Russia get away with gaslighting the world or using the UN Security Council as a venue for promoting their disinformation."

Some context: At a UN meeting Thursday, Russia accused the US of funding research for chemical weapons in Ukraine. Earlier this week, White House press secretary Jen Psaki slammed the allegations as "false claims."