At least eight people have been killed in a Russian attack on a shopping center in the Podilskyi district of the Ukrainian capital of Kyiv, according to the Ukrainian Prosecutor General.

A shopping center and cars in an adjacent parking lot caught fire following Russian shelling in Kyiv’s Podilskyi district, Ukraine State Emergency Service said late Sunday, adding that 63 firefighters worked to extinguish the flames that had reached as high as the third and fourth floors of the shopping center.

"As a consequence of the enemy missile strike and the resulting fire, a shopping mall was destroyed, windows in the nearby residential buildings and the vehicles parked in the vicinity were damaged," the Prosecutor General said in a post in its Telegram channel.

The Prosecutor General suggested the number of fatalities could rise, adding that the number of the dead was based on preliminary information.

China will provide another batch of humanitarian aid, worth 10 million RMB ($1.57 million), to Ukraine “based on the development of the situation and actual needs,” the Chinese Foreign Ministry said on Monday.

“China will continue to play a constructive role in promoting the de-escalation of the situation in Ukraine and is willing to make its own efforts to overcome the humanitarian crisis,” Foreign Ministry spokesman Wang Wenbin said during a regular briefing.

China provided its first batch of humanitarian assistance -- worth 5 million RMB ($790,000) -- to Ukraine earlier this month.

More than 10,000 Ukrainian refugees have crossed into France since the beginning of the Russian invasion, French Interior Minister Gerald Darmanin told French broadcaster RTL on Monday.

Speaking of the number of Ukrainian arrivals, he said, “It’s more than 10,000 but it’s probably many more.”

Darmanin added that Ukrainian nationals can enter France without a visa.

Many of those arriving were only passing through France, mainly heading towards the large Ukrainian community in Spain, he said.

“It’s certain that tens of thousands of Ukrainians are going to arrive in the country in the days and weeks to come,” Darmanin said.

Some context: Prior to the 2017 French presidential elections, campaign staff with Macron’s campaign were targeted by suspected Russian-linked hackers. The Russian government denied involvement.

As Russia's attack on Ukraine continues to intensify, reporting from the war zone is becoming increasingly difficult — and dangerous. Four journalists have so far been killed reporting on the war and many more are injured or missing.

Olga Rudenko, editor-in-chief of the Kyiv Independent, said journalist Oleh Baturyn, who was kidnapped last week in the southeastern Ukrainian city of Kakhovka, was just released by Russian fighters.

The Kyiv Independent is a fairly new publication but has earned acclaim for its war coverage.

"It's gone from being a three-month-old startup and a relative unknown in the Western world to now one of the leading sources of information on the war in Ukraine," CNN chief media correspondent Brian Stelter said on Reliable Sources Sunday.

Rudenko said reporting on the conflict is a "daily risk" and the outlet is learning as they go when it comes to protecting employees who have suddenly found themselves war correspondents. 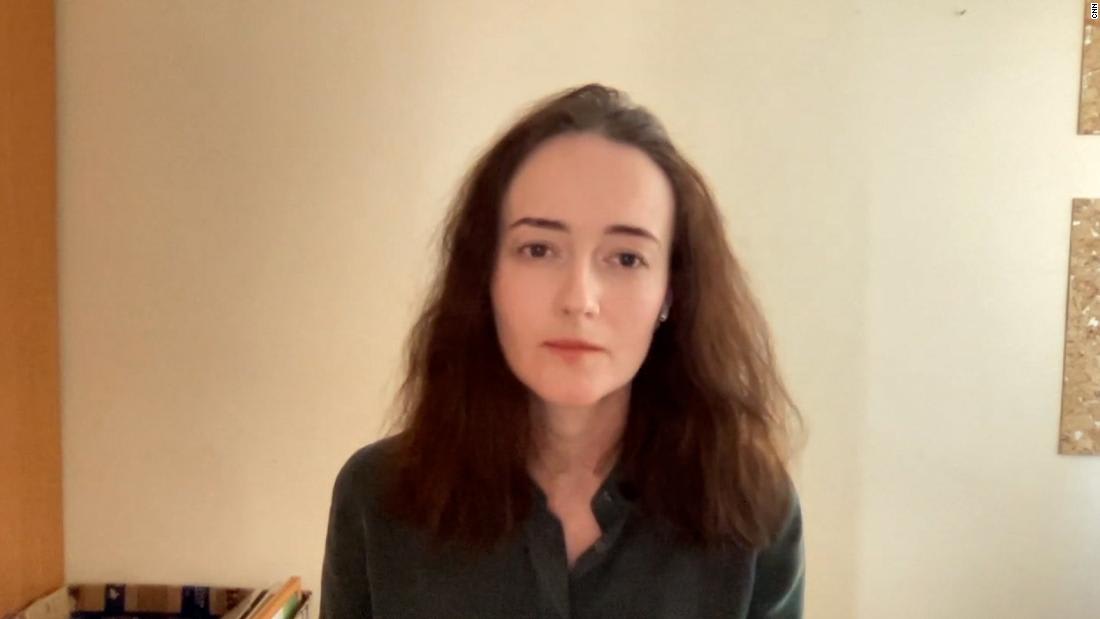 How this Ukranian news outlet is protecting its journalists

Russian forces are likely to prioritize attempting to encircle Kyiv over the coming weeks, the UK Ministry of Defence said in its latest intelligence update on Monday.

The bulk of Russian forces remain more than 15 miles (25 kilometers) from the center of the capital, the ministry added.

Look at Moscow through the lens of Russian state television, and everything seems to be going swimmingly for President Vladimir Putin.

On Friday, the Kremlin leader attended a concert at the capital's Luzhniki stadium to mark the eighth anniversary of Russia's annexation of Crimea from Ukraine. The show, in effect, was a pep rally for Putin's war in Ukraine.

Putin appeared in front of a flag-waving crowd in front of a podium that read, "Zа мир без нацисма" -- "For a world without Nazism" -- a sort of marketing slogan-slash-propaganda case for the Russian invasion of Ukraine.

The slogan even made use of the letter "Z," which is morphing into the official symbol of support for Putin's war: the Cyrillic letter "З" in the slogan was replaced by a Z, evoking the markings first spotted on Russian military vehicles ahead of the Feb. 24 invasion.

For those Russians who don't support the war, life under the sign of the 'Z' is becoming increasingly grim.

Take a look at social media posts by some opposition activists. On March 16, Olga Misik — a youthful activist best known for reading a copy of Russia's constitution in front of riot police at an anti-government demonstration — posted a photo of a Z spray-painted in white on her apartment door.

Another democratic activist posted a similar photo on Friday, the Z tag spray-painted in black along with graffiti accusing them of being an "enemy of the people."

But why the vitriol, if everything — as Putin reassures his people — is going to plan? 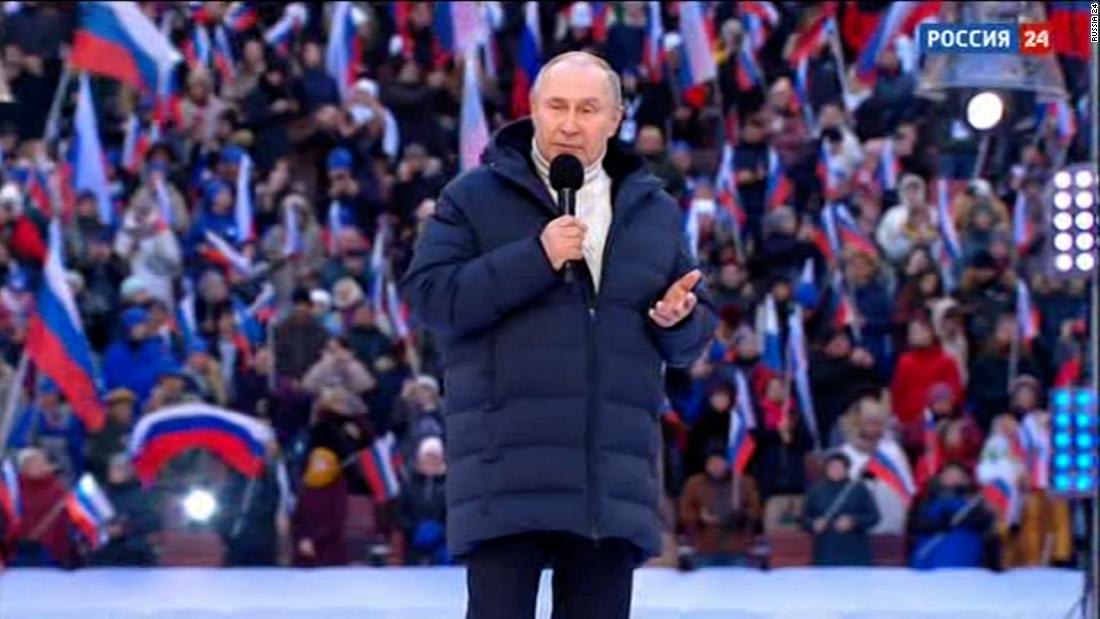 The Russian invasion of Ukraine could worsen the food crisis in the Middle East and North Africa, the US-based Human Rights Watch (HRW) warned in a statement Monday.

"Both Ukraine and Russia are leading exporters of agricultural products to many Middle Eastern and North African countries, and disruptions related to the war are already exacerbating already-rising food prices and deepening poverty," the statement said.

The Ukrainian government banned exports on key agricultural goods, including wheat, corn, grains, salt and meat, according to a cabinet resolution that passed on March 9.

HRW said even if the supply chain disruptions are resolved soon, the problems would likely continue "because farmers are fleeing the fighting and the conflict is destroying infrastructure and equipment." The fighting could also diminish the coming harvest.

Some context: Combined, Russia and Ukraine are responsible for almost 30% of global wheat exports, according to Gro Intelligence, an agricultural data analytics firm.

Ukraine had been on track for a record year of wheat exports prior to the invasion, while Russia's wheat exports were slowing, according to the US Department of Agriculture.

New Zealand will provide “non-lethal military assistance” to Ukraine, according to a statement from the government Monday.

“New Zealand will provide a further $5 million (US $3.4 million) contribution of non-lethal military assistance to support Ukraine and are making available a range of surplus defense equipment to share with Ukraine at their request,” the statement said.

The military package will include 1,066 body armor plates, 473 helmets, and 571 camouflage vests and harness webbing.

“This is the first time New Zealand has provided direct funding to a third party organization for non-lethal military assistance of this kind, and underscores the importance of rejecting any actions which have adverse consequences for state sovereignty, and that we must defend in every way we can, the democratic institutions and principles that New Zealand so deeply believes in,” Prime Minister Jacinda Ardern said.

New Zealand’s Defense Force is now “working urgently on the details of how this much needed equipment will be swiftly delivered to Ukraine,” Foreign Minister Nanaia Mahuta said.

Some context: New Zealand added an additional 364 Russian political and military targets to a travel ban list on Friday. Also, 13 individuals and 19 entities were added to a sanctions list which included asset freezes. Those on the list include Russian President Vladimir Putin and Foreign Minister Sergey Lavrov.

This is the final bus out of the last position Ukraine holds on the road to Kherson — the first and only major city Russia has taken.

Villagers have standing room only, while the elderly have been rushed into a van.

"Grandpa, we are here," shouts the daughter of one local, Viktor, from the bus doorway, as he sits a little bewildered in the van. The panic is real; at any moment the shelling could resume, a bombardment that residents say has littered the southern Ukrainian village of Posad-Pokrovske with cluster munitions.

As the convoy of two vehicles hits the pockmarked road out toward the city of Mykolaiv, shells once again tar the horizon with a plume of black smoke. Sat in the back of the van, Vitali breaks down, using his grimy, orange workman's gloves to wipe tears from his eyes.

"Civilians! They killed all the people, these are bastards, these are reptiles, parasites," he says. "They don't fight troops, they fight people. Do you understand? Kill everyone. Worse than the fascists."

The Ukrainian marines holding Posad-Pokrovske, the last settlement before the Russian positions that defend Kherson's airport, remain vague about their positions.

But their goal is clear: the airport outside Kherson, used as a Russian base, that is already being heavily battered by Ukrainian shelling. 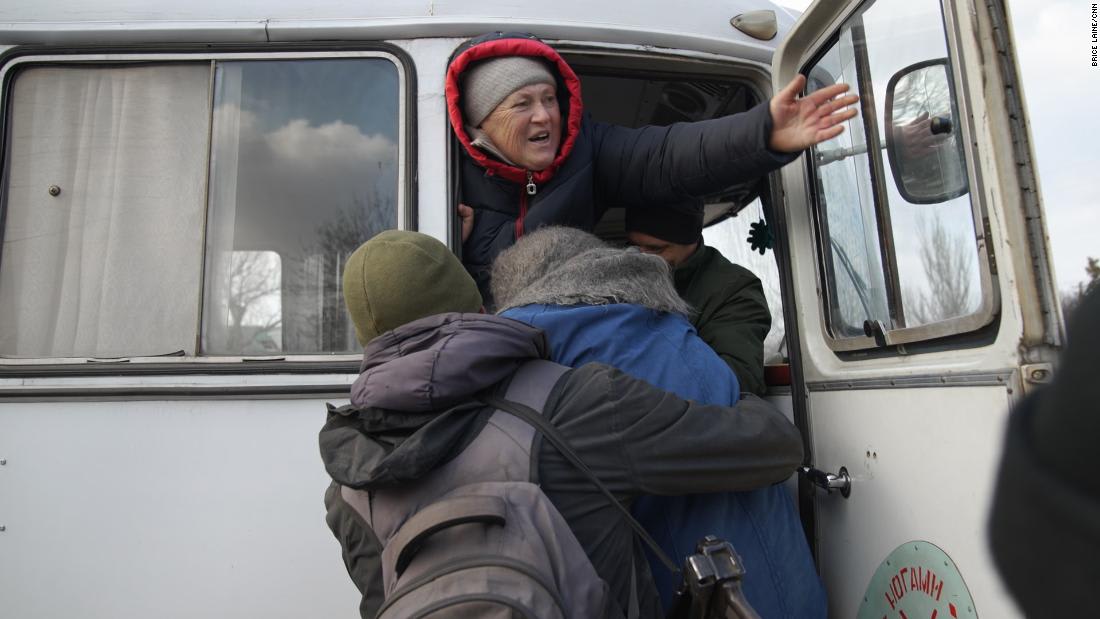 Russia could be losing ground in battle for Mykolaiv, but it still seeks to crush what it cannot have